The stage is set for the 55th Vanier Cup presented by Promutuel Insurance, Saturday in Quebec City, where the University of Calgary Dinos and Université de Montréal Carabins will battle for U SPORTS football supremacy.

While it will mark the first-ever confrontation between the powerhouse programs, both will be in familiar territory when they step onto the field at TELUS-Université Laval Stadium.

The Carabins, of course, are regular visitors to the provincial capital, where they downed the hometown Rouge et Or earlier this month to capture the RSEQ Dunsmore Cup conference title. TELUS-UL Stadium was also the site of Les Bleus’ most recent Vanier Cup appearance, in 2015, a heartbreaking loss to UBC that came 12 months after they claimed their lone national title in Montreal. 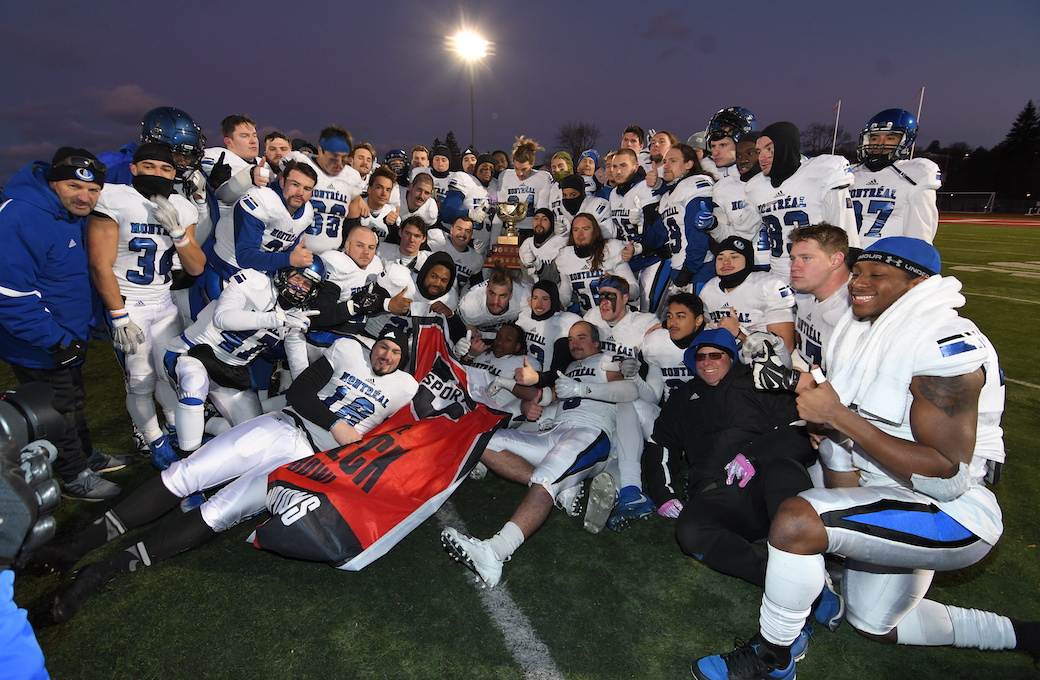 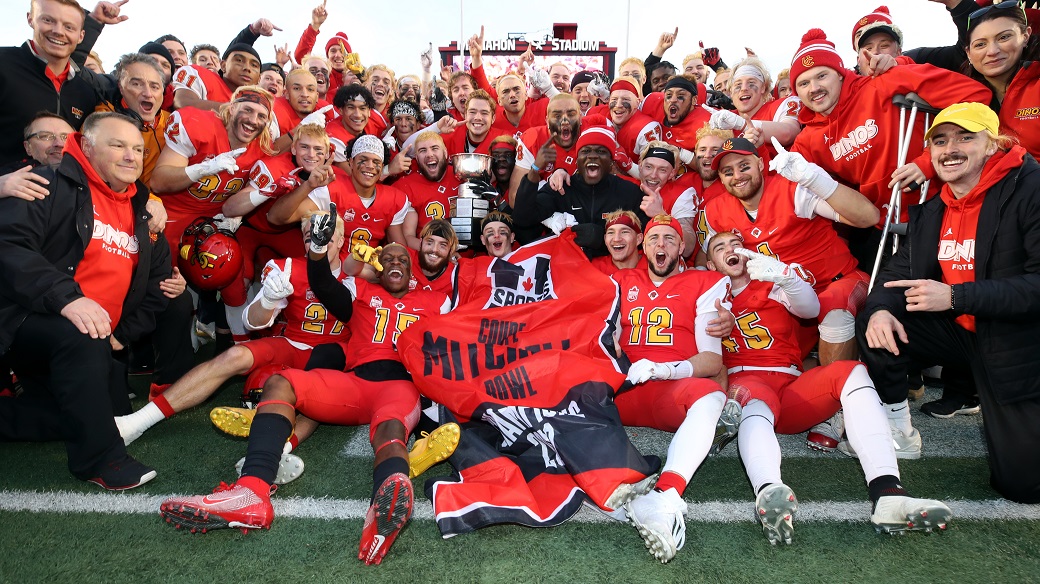 Both contenders enter the U SPORTS championship match with identical 9-2 records, and their confidence at a season-high following convincing wins in the Uteck and Mitchell Bowls.

At Wolfville, N.S., Montreal’s stingy defensive unit resumed its domination in a 38-0 shutout victory over Acadia, holding the nation’s top-scoring team (38.6 points per game in the regular season) to 10 first downs and 185 yards of total offence. After finishing second in the country in league play with an average of 11.6 points allowed per contest, the Carabins have managed to step it up a notch in the playoffs, conceding 16 in three outings. 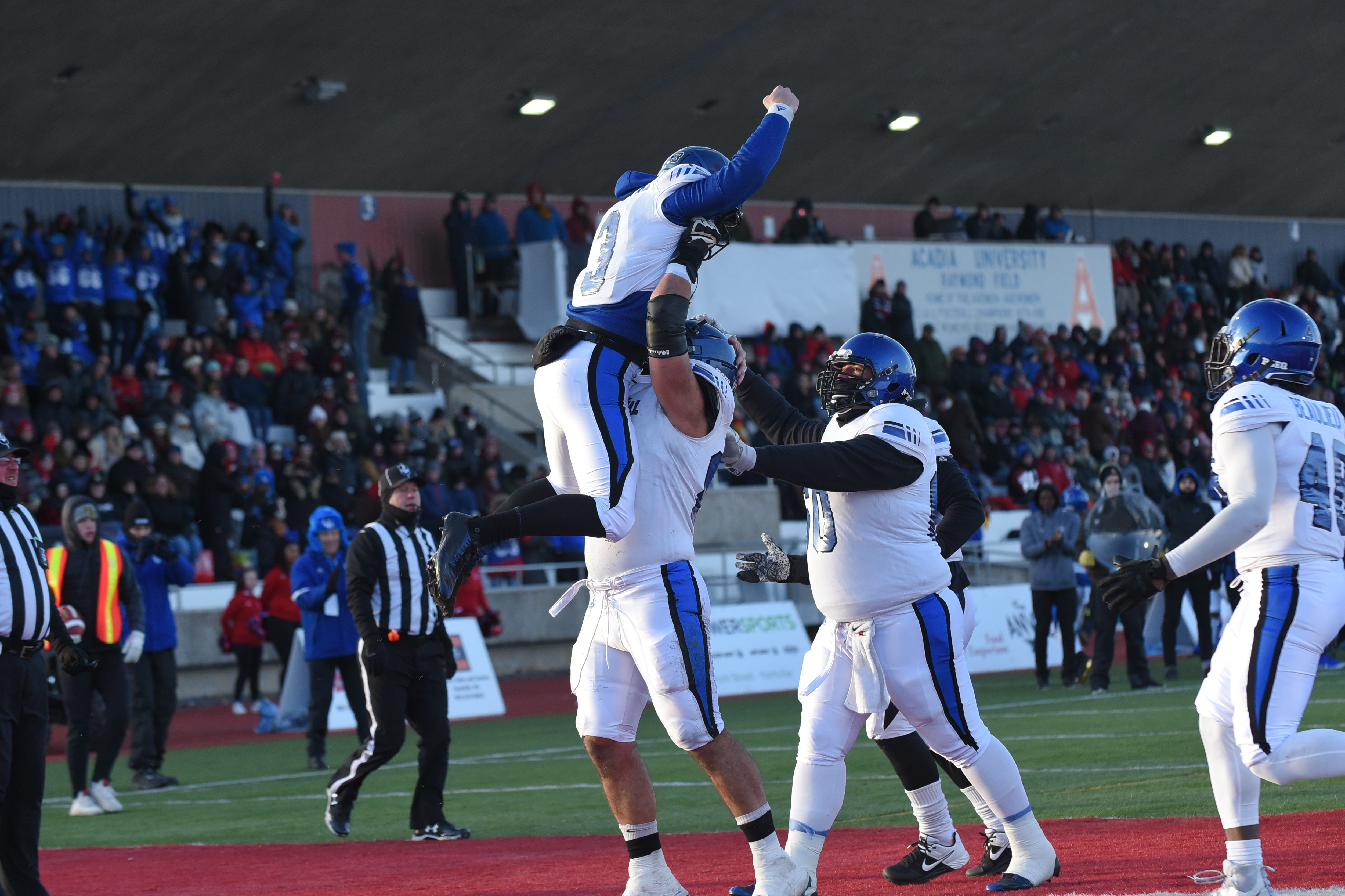 At Calgary, the Dinos were in control from start to finish in a 30-17 triumph against McMaster, a touchdown with 45 seconds remaining in the fourth quarter making the final score more flattering for the visitors. Led by the 2018 Hec Crighton trophy winner and Lieutenant Governor Athletic Award finalist, quarterback Adam Sinagra of Pointe-Claire, Que., the high-flying U of C squad has averaged over 35 points scored per game so far in the post-season. 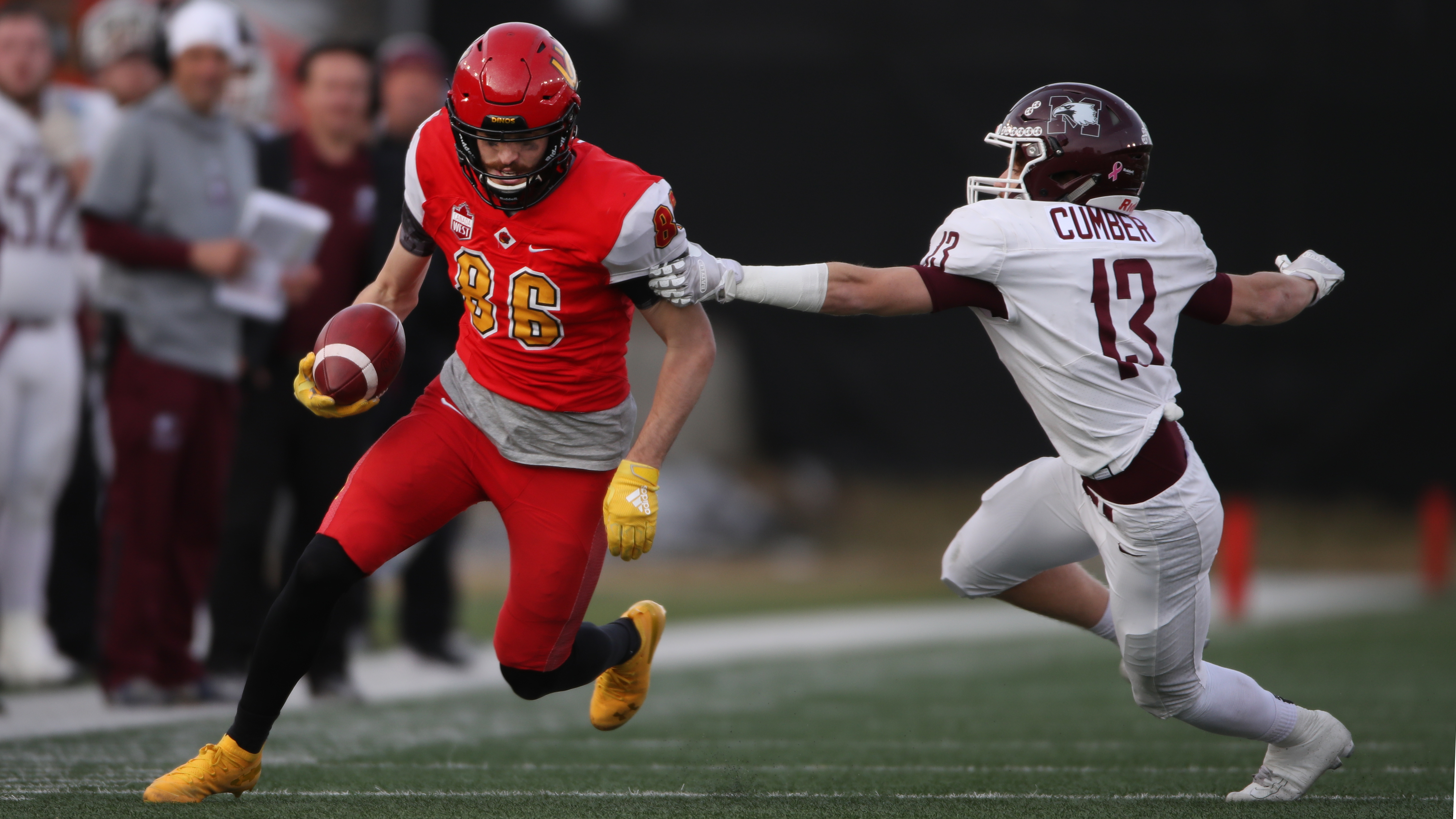 One thing is for sure: both coaching staffs will have their troops ready come game time.

At the helm of the Carabins since 2011, Danny Maciocia is the only head coach in history to lead teams to Grey Cup (Edmonton, 2005) and Vanier Cup (2014) titles.

For the Dinos, Wayne Harris Jr., who took over as bench boss in 2015, has been with the program for four decades as a player and coach, helping Calgary capture its fourth and most recent Vanier Cup crown in 1995, when he was linebackers coach.

Dinos or Carabins? The answer on Saturday.