History will reveal that he has had many indelible moments, from hoisting the first Vanier Cup, to playing on a Grey Cup championship team, and even challenging, as a lawyer, in the Superior Court of Justice.

His name is Jura Szterenberg.

Born in the former Soviet Union, in a town near the foothills of the Urals, the world’s oldest mountains, he came, with his family, to Canada some seven decades ago. At the time, as a five-year old, he didn’t speak a word of English.

Fans of the Canadian football game know of him as Gerry Sternberg, the name he was given by Canadian Immigration authorities, when the family arrived in Halifax.

His story is a fascinating one. Drafted in the second round (12th overall) by the Edmonton Eskimos, he signed a contract for $5,000, and then was cut from the Canadian Football League team in pre-season.

Sternberg returned to the University of Toronto - and to stardom - becoming the first player to win the Ted Morris Memorial Trophy as the Most Valuable Player back in the 1965 National final. 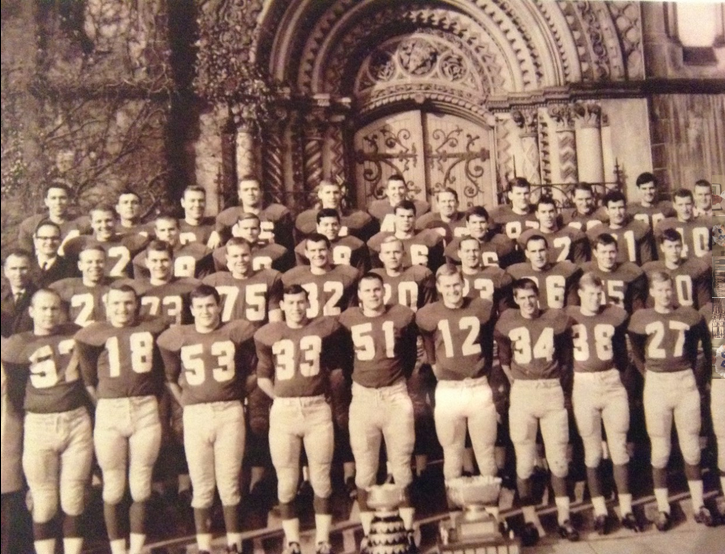 That was also the year the Vanier Cup was created as the championship trophy for the Canadian College Bowl.

While Sternberg and his University of Toronto Blues defeated the University of Alberta, 14-7, in front of a crowd of 3,488 at Varsity Stadium in Toronto, back then, the 5-foot-9 halfback, tipped the scales at 145 pounds. He was a tough kid against overwhelming odds.

It turns out, that his diminutive size really wasn’t a factor. In three seasons with U of T, once described as a deceptive player and versatile, he piled up some impressive games. Twice, he was chosen to the Ontario University Athletics Association (OUAA) all-star squad as a running back and defensive back.

Sternberg returned to the CFL, signed as a free agent with Montreal where he made his pro debut, and scored his first touchdown. He would go on to play for seven years, from 1966 to 1973, in the Eastern Conference – also with Toronto, and Hamilton.

Quick on the field, articulate in the classroom, some tough decisions had to be made after Sternberg was accepted to Osgoode Hall Law School in Toronto, and he tinkered with deciding on a career in law or playing football. 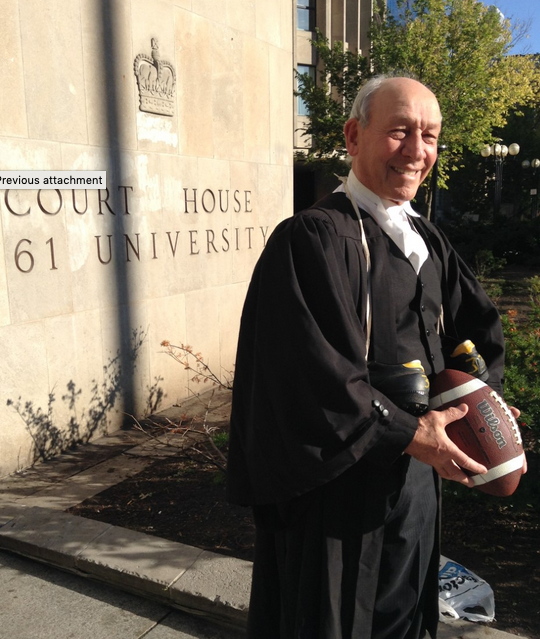 Sternberg made them both work.

In 1972, he would add to his ring collection after winning a Grey Cup with Hamilton before finishing his gridiron career, a year later, and at age 30, in his second term with Toronto. 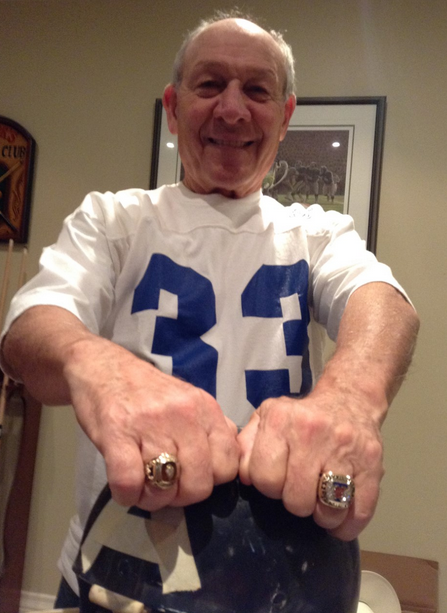 Present day, with a few lingering bumps and bruises from those gridiron battles, he’s in a different kind of competition. Now in his 48th year as a lawyer, Sternberg is focusing on tackling civil litigation with an emphasis on the field of personal injury.

“I have some great memories (of football) – especially never missing a game, because of injury, in high school, university or the CFL,” recalled Sternberg, while relaxing in the basement of his mid-Toronto home, surrounded by an impressive personal assortment of antiques and collectables that included a carousel horse, a jukebox and various football awards.

“For a small guy, I made it to university and the pros – pretty impressive,” he said. “I was a kid who loved to compete, constantly learn and never had a concussion in some 10 years of football.”

Even these days, when people talk about determination and greatness in Canadian football, Sternberg tends to be part of the conversations.

On the gridiron, some people referred to him as an athletic marvel and a driving force. He played on offense, defense and, as a punt returner, was one who had a reputation for demonstrating excellence in intelligence and skill.

Recalling those youthful days, Sternberg also had to figure out a way to convince his parents, who had discouraged him from playing sports, and especially football, that things would work out for the best.

“They didn’t want me to get hurt,” he said. “I ended up playing basketball in Grade 10, my parents had signed a waiver form thinking it would be just fine.

“But, then, a football coach approached me and suggested that I come try out for the team. I told my parents - and they threatened me if I played. But, it was too late and my football debut was in Grade 11 at Bloor Collegiate as a quarterback.”

A tireless and talented athlete, benefitting from speed and intellect, he would always find ways to excel. In his graduating years, Sternberg was selected as a Toronto high school football all-star  – and it was enough to catch the attention of many university recruiting coaches.

Those at the University of Toronto won the prize. Many years later, in 2001, U of T would add his name to its prestigious Sports Hall of Fame.

Funny how things turn out, when Sternberg made it to the pros, his mother was one of his biggest fans and always watched her son play.

“When I go through newspaper clippings, I’m amazed that I played in the pros,” he said. “From those days at university, I never had my doubts about ability. I just went out and did the best I could. It was the same in the pros after being cut and traded. It bothered me, but I just persisted.” 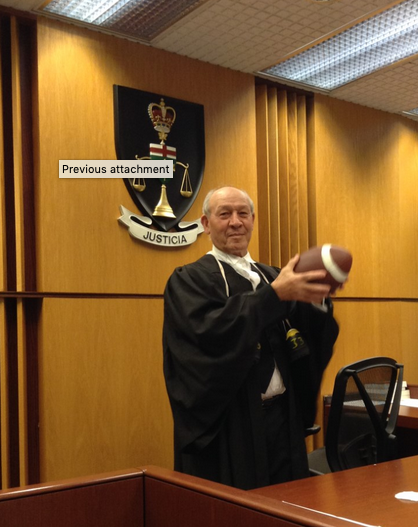 With his football milestones and highlight moments behind him, Sternberg said the memories remain fresh, and still wonders about whether he should have pursued scholarship opportunities in the United States and a possible shot with a National Football League team.

“As an athlete, you always have un-answered questions that surface years later,” he said. “I worked hard, was very fortunate to play football and will always remember the excitement of the Vanier Cup and Grey Cup.”

David Grossman is a multi award-winning communicator and storyteller with a distinguished career in Broadcasting, Journalism and Public Relations in Sport and Government Relations. In 2018, he was the recipient of Ontario University Athletics (OUA) Media Member of Distinction.