The Saskatchewan Huskies are heading to the Scotiabank Vanier Cup, presented by Levio after defeating the Montreal Carabins 14-10 in the 2021 Uteck Bowl Saturday in Montreal, thanks to a 13-yard rush by senior running back Adam Machart with five seconds remaining.

After trailing the entire game, Machart silenced Montreal’s home crowd with his second of two second-half touchdowns to propel the Huskies to their first Vanier Cup since 2006.

Machart carried the load on offence for the Huskies with 20 rushes for 158 yards and two touchdowns— one through the air and one on the ground. 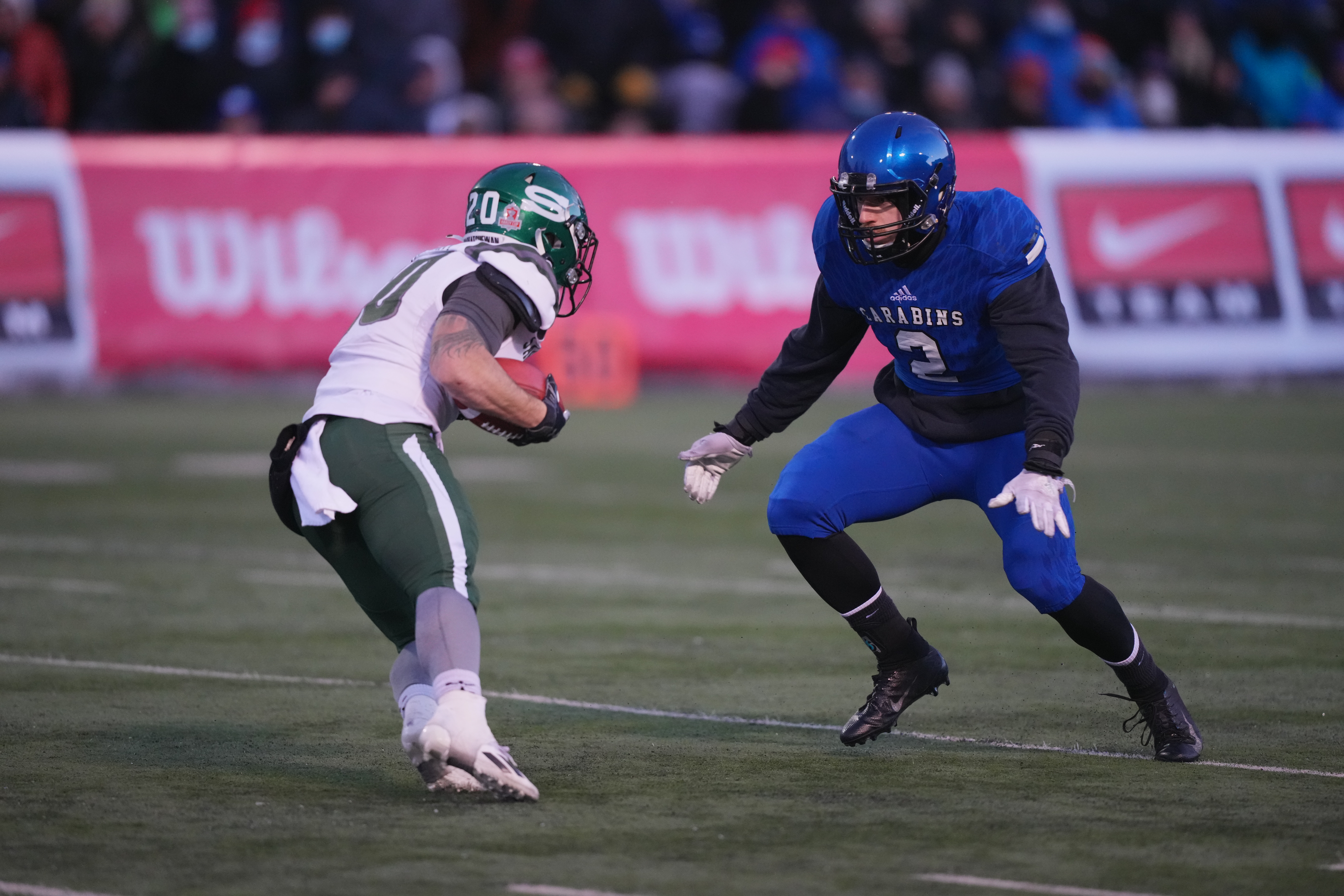 “I knew we needed it. We didn’t want a tie, we wanted a win,” said Machart, “[The Vanier]  represents two years of hard work. We’ve fought so hard for it and now we have a chance to get there.”

“Obviously Machart is a heck of a player and we just need to get him the ball,” said Huskies quarterback Mason Nyhus.

Nyhus who led the Huskies to a Canada West title and now a Uteck Bowl victory, threw for 136 yards and a touchdown on the day.

Sénécal’s favorite target, Hassane Dosso, made 10 catches for 182 yards, including a 43-yard catch and run with under three minutes remaining to nearly ice the game for the Carabins. 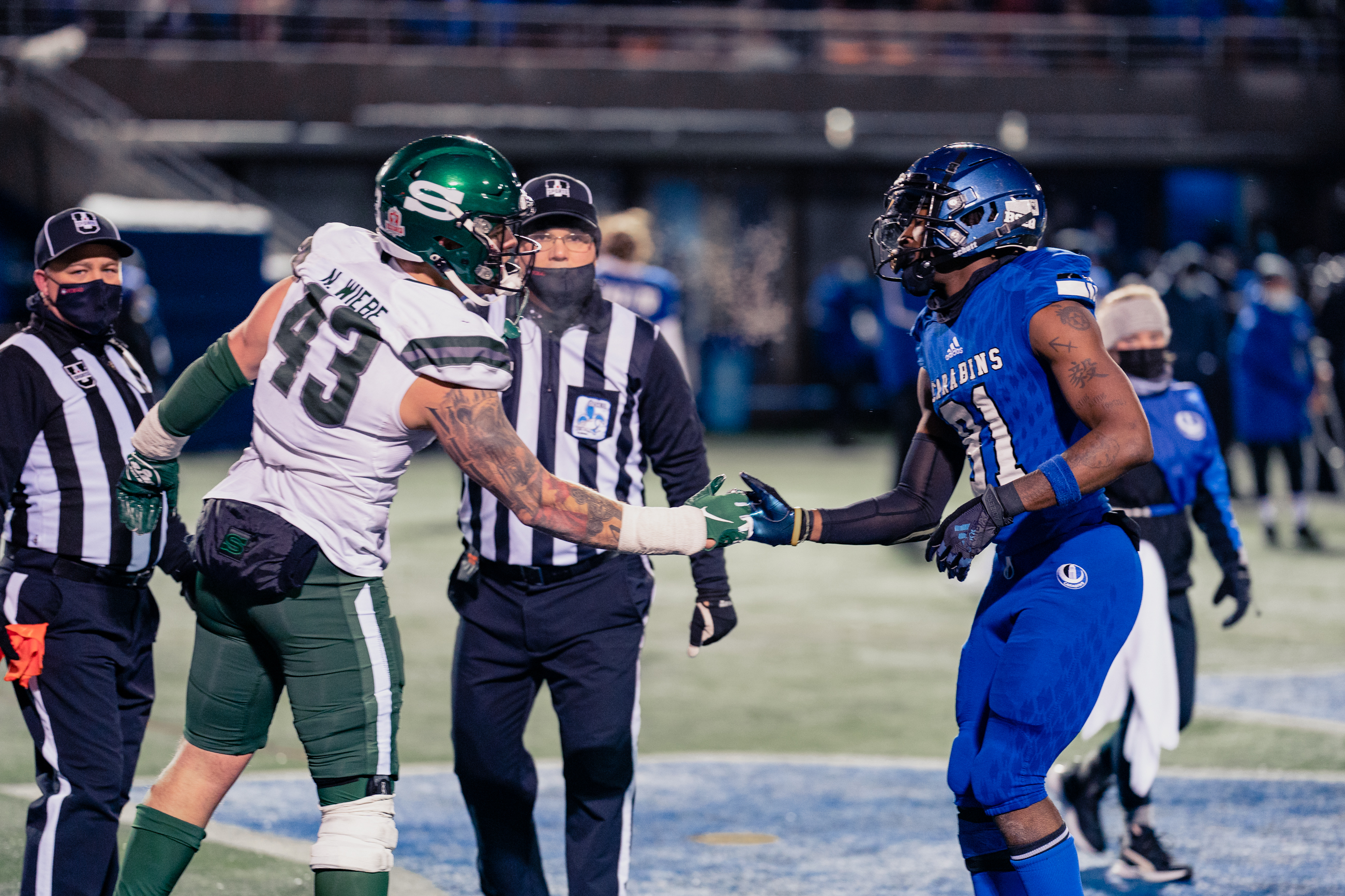 Montreal’s Dimitri Morard rushed for the lone touchdown for the Carabins, while Michael Arpin scored two field goals and a pair of rouges in the match.

Saskatchewan’s kicker David Solie notched a rouge and an extra point in the winning effort.

“It was hard-fought and I was just happy the boys battled through it and played prairie football,” said defensive lineman Riley Pickett.

The Saskatchewan Huskies now move on to the Scotiabank Vanier Cup, presented by Levio and will square off against the Mitchell Bowl champions, Western Mustangs on Dec. 4 in Quebec City.