Alberta Golden Bears receiver Kolby Hurford, linebacker Michael Brodrique and placekicker Philippe Boyer of the Montreal Carabins are the U SPORTS football players of the week for the week ending September 11, 2022. 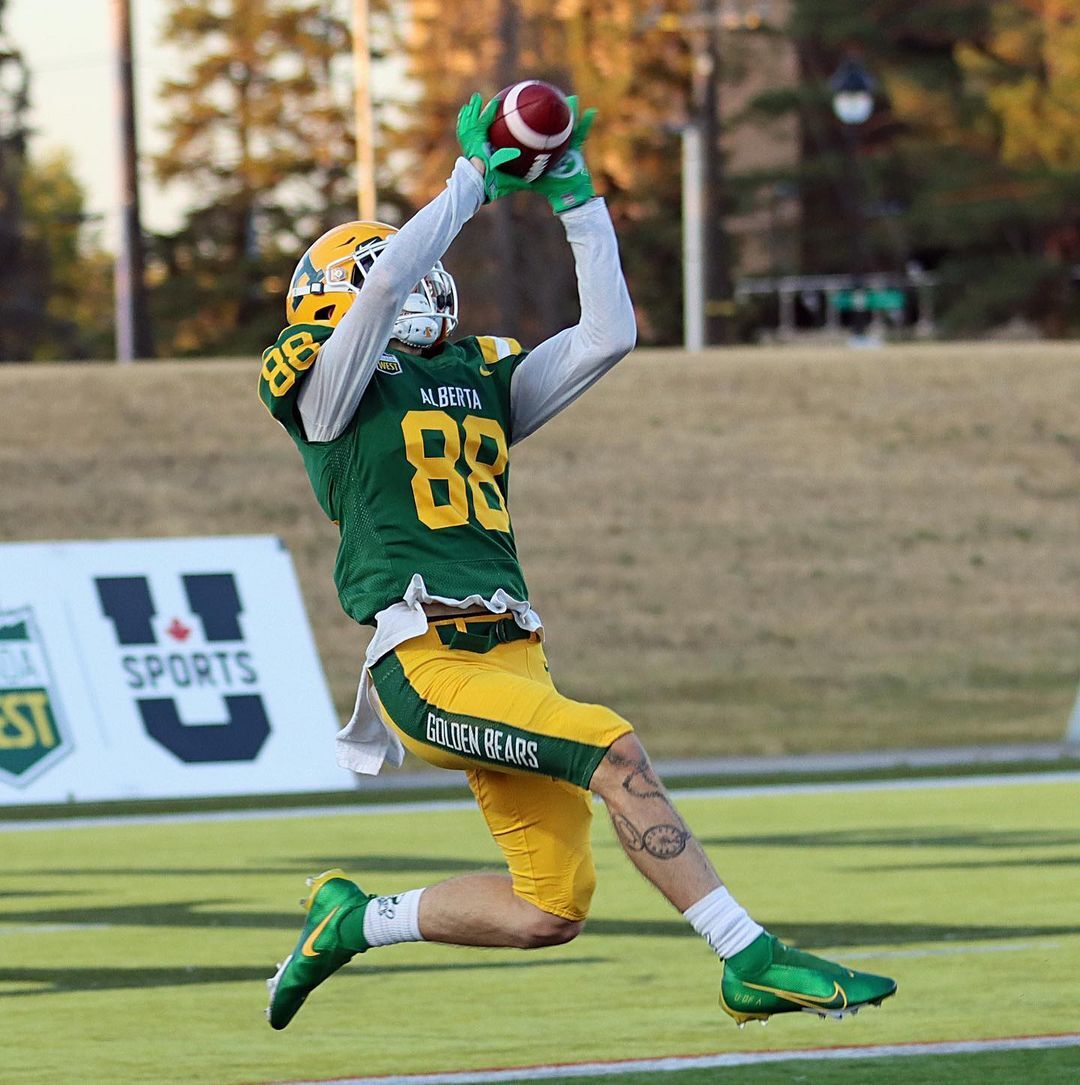 University of Alberta receiver Kolby Hurford (Education) had four receptions for 202 yards and three touchdowns in the Golden Bears 34-11 over the Manitoba Bisons to earn the U SPORTS Football offensive player of the week award.

Hurford, who hauled in a pair of majors in the first half, saved his most spectacular reception for the third quarter when he and quarterback Eli Hetlinger connected on an 84-yard catch and run for his final score of the game.

Montreal’s fourth-year linebacker Michael Brodrique is the U SPORTS Football defensive player of the week. Brodrique set the tone early in Saturday’s Top 10 showdown with the visiting no. 4 Laval Rouge et Or intercepting an Arnaud Desjardins pass at the Montreal 45 before returning the ball 65-yards for a touchdown to give the Carabins an early 10-0 lead. Brodrique finished the contest with 6.5 tackles, including two for a loss for a total of 4-yards as UdeM downed Laval 21-18. 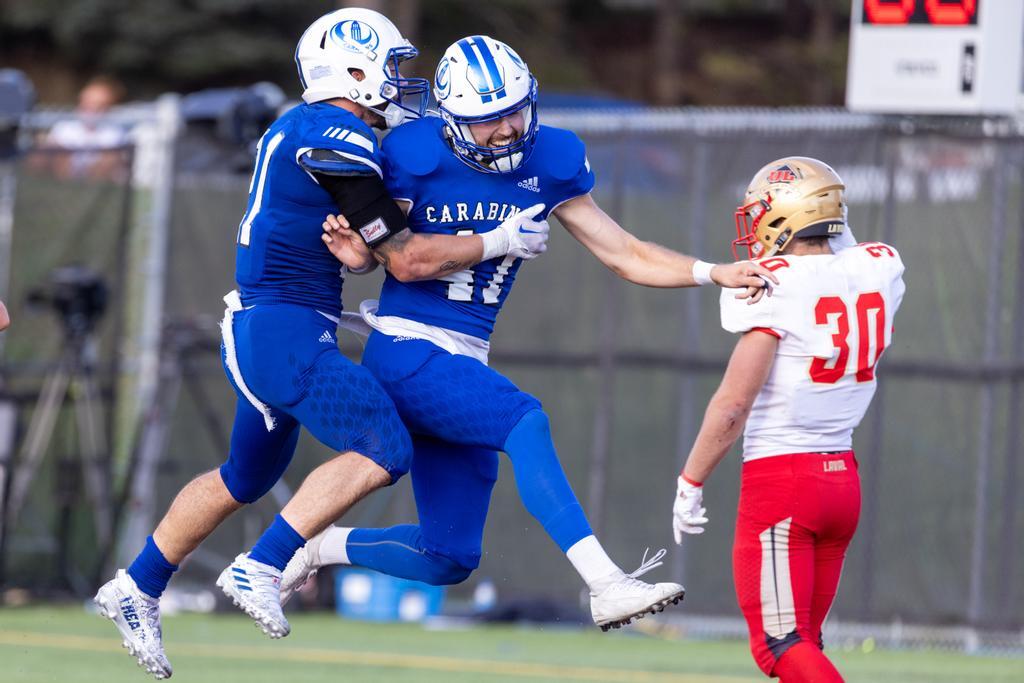 Rookie kicker Philippe Boyer made four of the five field goals he attempted including the game-winner 45-yard attempt as time expired as the no. 3 Montreal Carabins downed the no. 4 Laval Rouge et Or 21-18 on Saturday en route to the U SPORTS Football special teams player of the week award.

Boyer scored a rouge on a 63-yard put with less than two minutes remaining in regulation time to tie the game at 18.