The Trinity Western Spartans earned their third national title in four years at the 2019 U SPORTS Men’s Volleyball Championship Presented by Hôtel Universel Québec, defeating the top-seeded Brandon Bobcats in three sets (25-23, 25-21, 25-19) on Sunday afternoon in Quebec City in front of 2,000 fans.

One of the most successful programs the nation has seen in years, Trinity Western captured its sixth Tantramar trophy since 2006. As for the Bobcats, their first national title will have to wait as they return home with silver, their best result since 2013.

For a third time in as many games in this tournament, outside hitter Eric Loeppky was selected Player of the Game for Trinity Western with 11 kills and four aces bringing his total up to 12.

"I’m very happy. We let last year slip away,” said Loeppky, who was also named the 2019 championship MVP, in reference to the Spartans’ 2018 championship final defeat to UBC. “And coming in losing that Canada West banner last week, it just feels amazing to put in the work and get the result you wanted.” 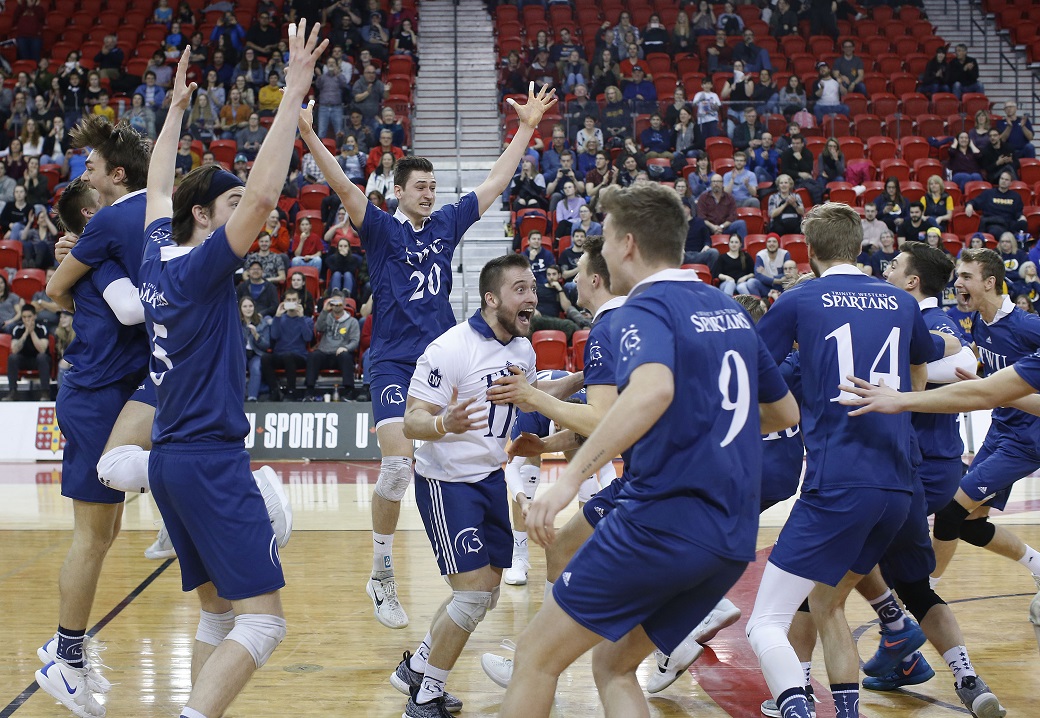 “Last year we lost in the final, and it stings worse than any other loss there is, so we weren’t going to let another opportunity get away. It’s so hard to get here, you want to make sure you play well,” added Trinity Western head coach Ben Josephson. “Last weekend, when we lost to Brandon, we didn’t feel like we played our best ball and the team was just begging for another opportunity to play those guys and tonight they played fantastic.”

Seth Friesen had 10 kills out of his team’s 28, taking home Brandon’s Player of the Game honours for a second time in the championship. 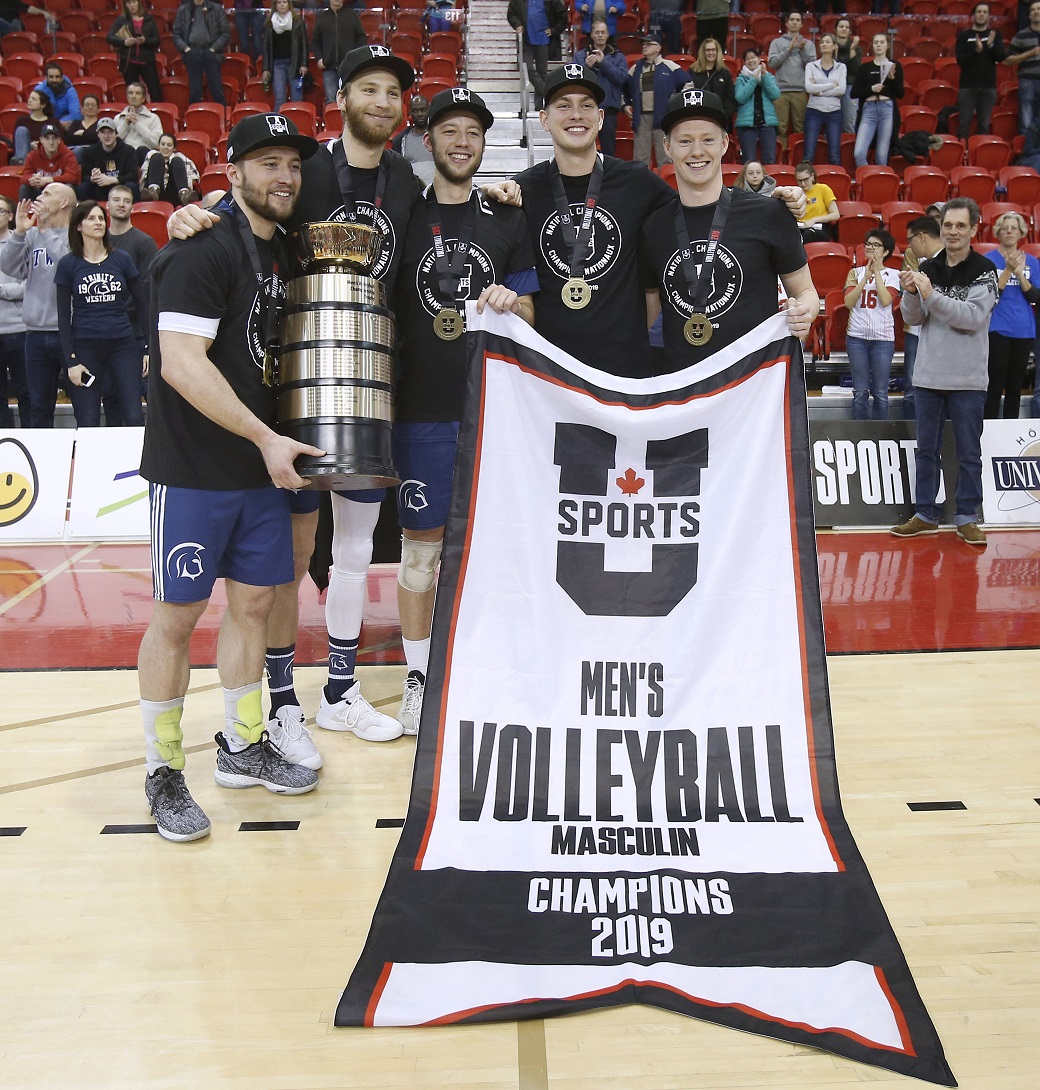 “Obviously not the result we were looking for. Hats off to Trinity (Western), they played great today.  They put us under so much pressure with their serve,” said Brandon head coach Grant Wilson. “We played catch up all day and came close a couple times, but just couldn’t get over the hump. It’s a tremendous season for us. And to get back to the national championship, it was a rewarding accomplishment for our group.”