WINNIPEG (U SPORTS) – First-year Issac Heslinga led the University of Alberta Golden Bears to victory over the Queen’s University Gaels in the second quarterfinal game on day one of the 2022 U SPORTS Men’s Volleyball Championship at the Investors Group Athletic Centre. Heslinga, an outside hitter, recorded eight kills and added three digs as the Golden Bears secured the 3-0 (25-14, 25-16, 25-20) win and will advance to the national semifinals.

Alberta dominated their matchup against the Gaels, winning the first two sets by 11 and nine points respectively. Queen’s battled hard and managed to keep the third set close until the Golden Bears pulled away late, taking the final set 25-20 to seal the win.

Alberta, the 2022 Canada West silver medalists, recorded a .254 hitting percentage while the Gaels struggled, posting a percentage of -.026.

The win sends the Alberta Golden Bears to semifinal #1 on Saturday March 26th at 6 p.m. CT where they will take on a familiar foe in the Calgary Dinos who defeated OUA champions, the McMaster Marauders, in the first quarterfinal match. The Queen’s Gaels drop down to the consolation bracket and will face the Marauders in consolation semifinal #1 at 12:30 p.m. CT on Saturday March 26th. 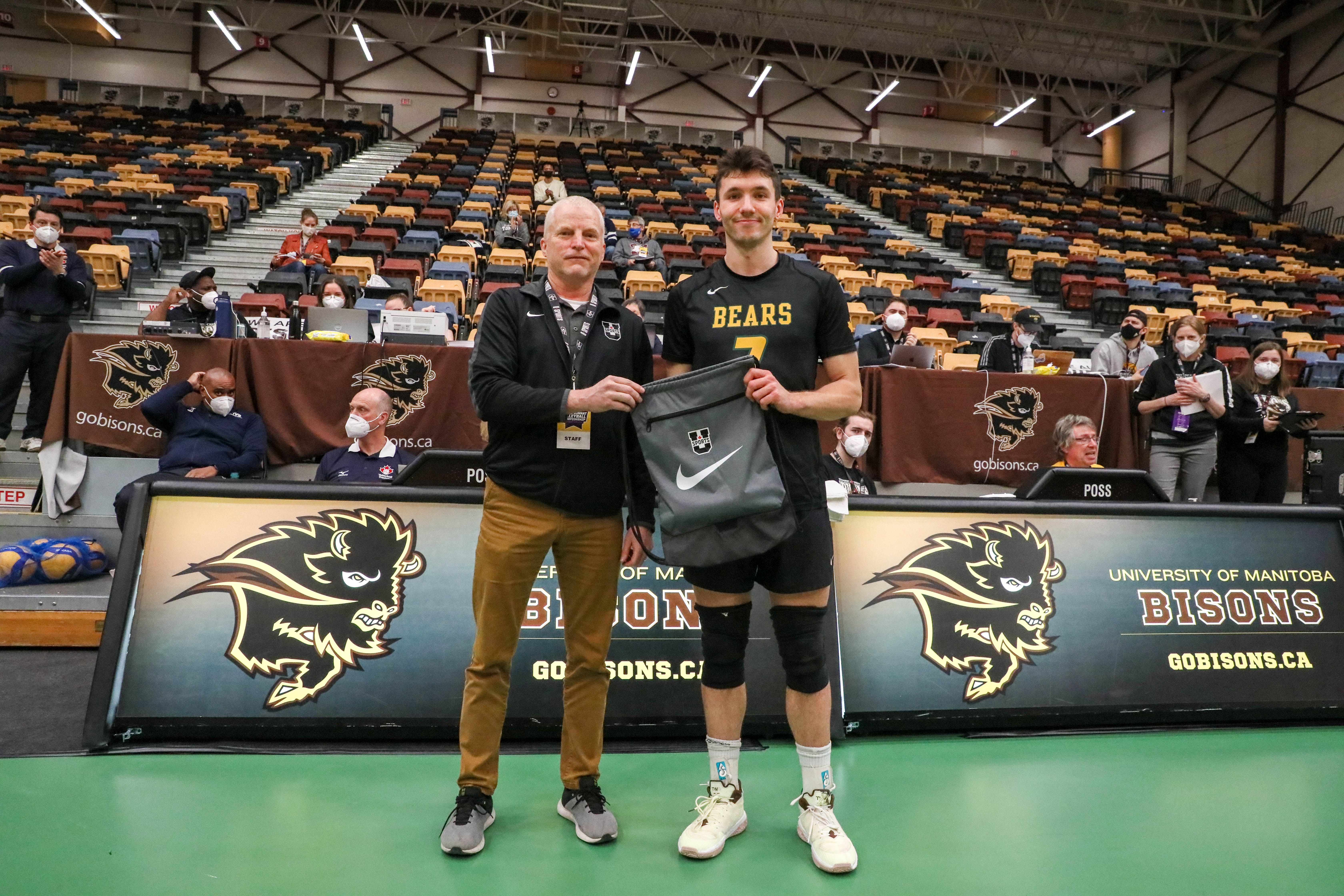 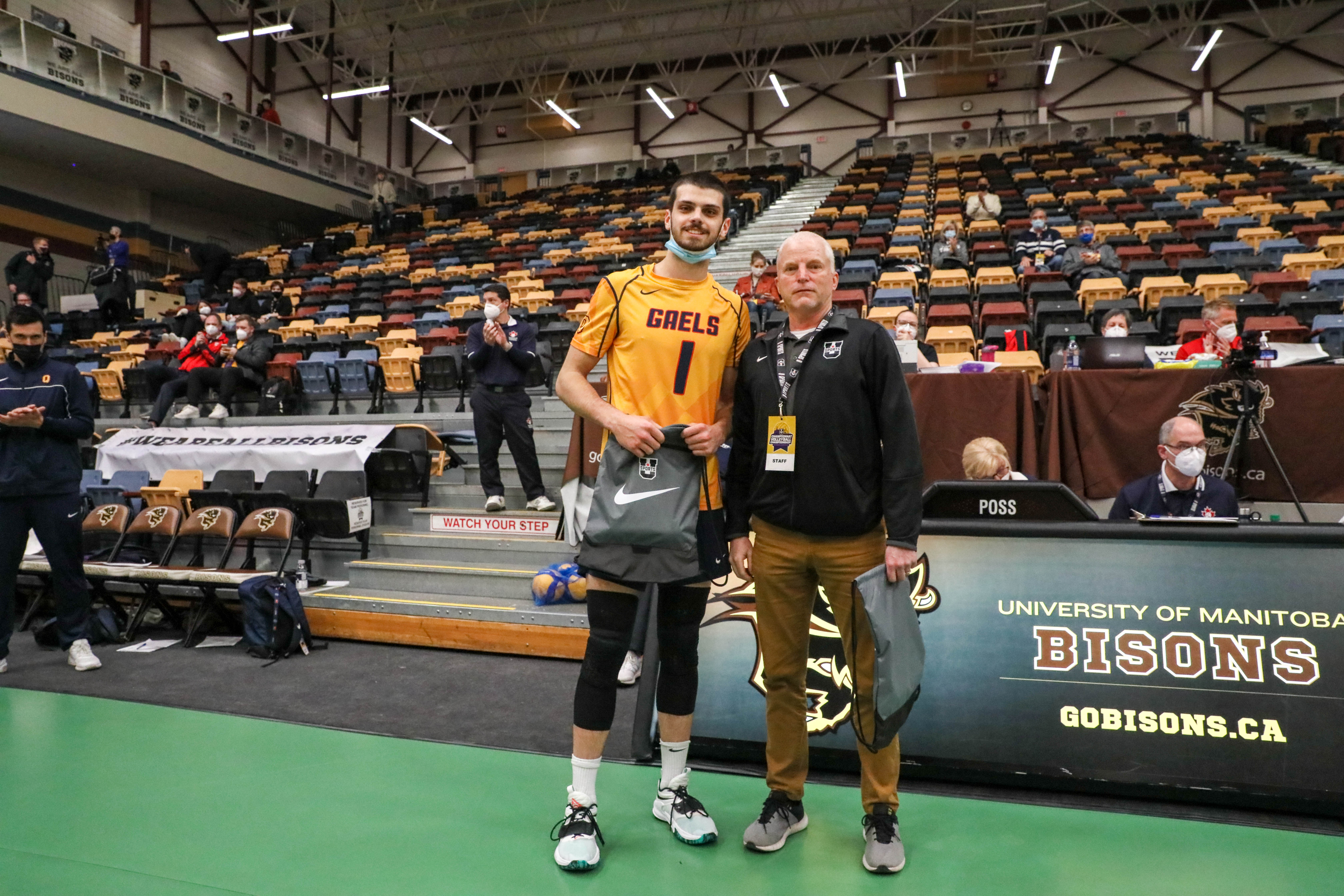