The first Canadian medal of the 2017 Universiade in Taipei was earned by the swimmers. Katerine Savard, Jacqueline Keire, Sarah Fournier and Alexia Zevnik surged ahead of everyone Sunday night in the women's 4x100m freestyle relay to clinch gold at the Taiwan Sport University Arena.

“It was really great! We weren’t expecting to win the gold medal,” said Katerine Savard after the race. “We just wanted to be in the pack. We made some changes, it wasn’t the same girls tonight as this morning so we didn’t know what to expect. Because of our view, we couldn’t see very well if we were first. Our eyes were glued to the screen and when we saw that we had won, what a great moment!” she added. 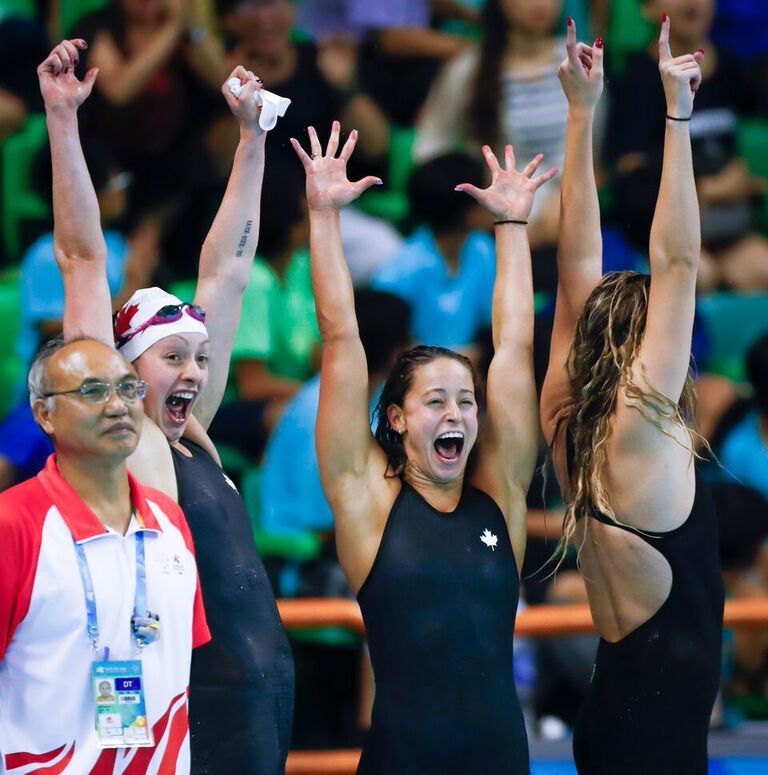 Kennedy Goss and Kelsey Wog, who took part in the morning’s preliminary heat, will also receive a gold medal for contributing to the Canadian feat. Jacqueline Keire was impressed with the atmosphere at the pool. “It was electric! The local spectators were definitely cheering for us. Even though we aren’t in Canada, we felt at home.”

Other Canadian swimmers also stood out on the first day of competition at the Taiwan Sport University Arena. Sarah Darcel was in second place in the 400m medley with only 50 meters to go, but just missed the podium, finishing in fourth place. Jeremy Bagshaw came in sixth in the 400m freestyle final.