On home soil, with friends and family in attendance and her country cheering her on, Ellie Black made Canadian history.

Wearing her silver medal around her neck, Black had just become the first Canadian ever to win an all-around medal at the artistic gymnastics world championships, which was held in Montreal earlier this October.

“That was incredibly special, making that history for gymnastics in Canada,” says the Dalhousie University kinesiology student. “To have that result when it happened to be at home with all my friends and family and everyone supporting and watching… it was an incredible experience.” 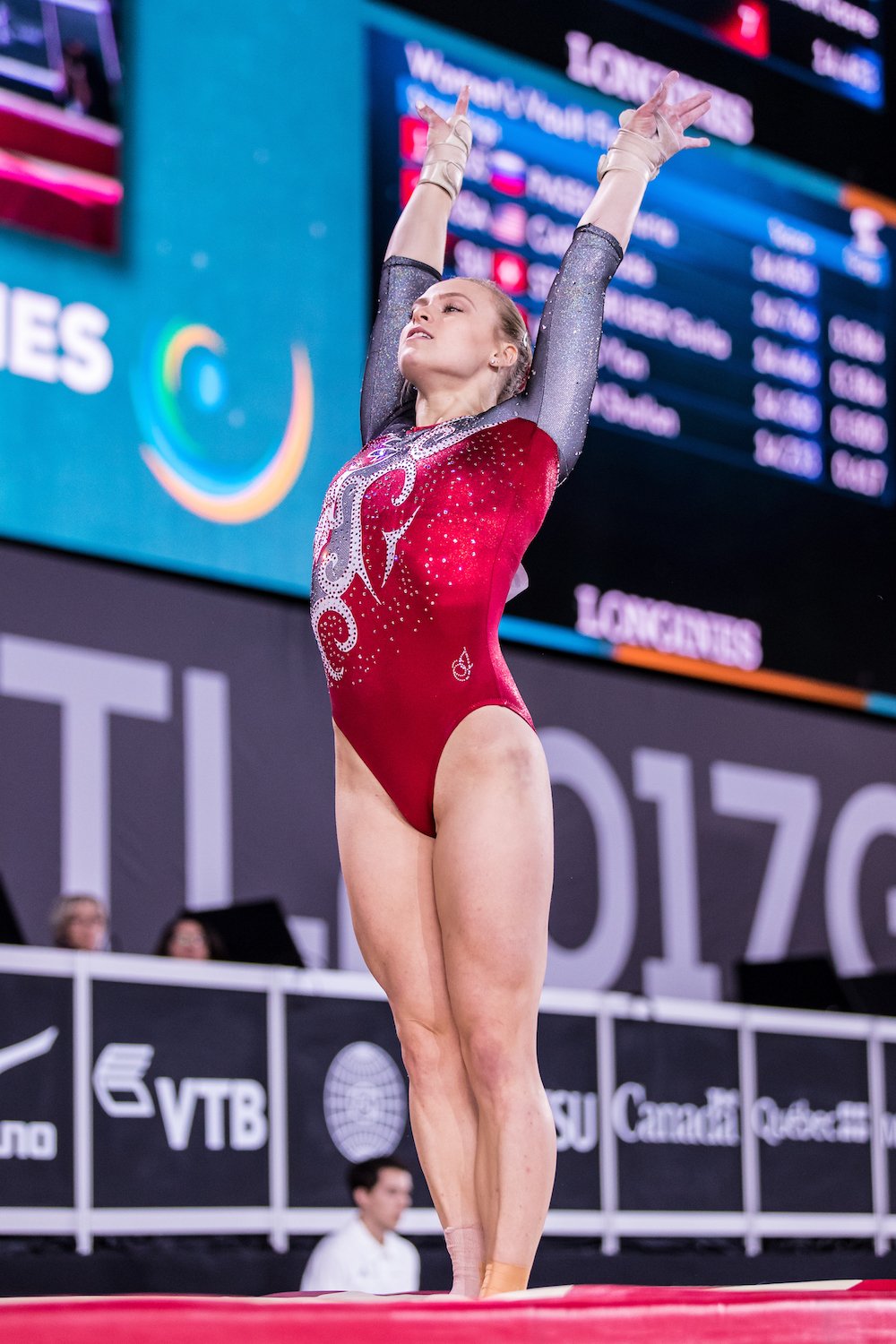 The Halifax native may humbly describe herself as “lucky” when reflecting on the occurrences and results of the recent competition, but the gymnast is no stranger to standing on podiums and breaking Canadian gymnastics records.

Aside from her world championships showing this year, Black was recently listed as one of the top 15 athletes on the Nova Scotia Sport Hall of Fame. She’s also known for being the most decorated Canadian at the 2015 Pan Am Games in Toronto, winning three golds, one silver, and one bronze. Not to mention, the 22-year-old gymnast also has two Olympic Games under her belt, the outcome of a childhood dream that was partially ignited by her coach David Kikuchi.

I remember watching (David), who was in the 2008 Olympics. It was cool because a gymnast from my club was competing there. That was kind of the point where I was like, ‘Wow, that’s something that I would really like to do.'

“To be part of the motivation or inspiration is great,” says Kikuchi, responding to the credit Black gives him in triggering her Olympic dream.

While happy to have helped set an example, the coach—who is a Dalhousie alumni—attributes Black’s success to the student.

“She’s the reason why she’s got to where she’s at,” he says. “She’s really dedicated to becoming the best athlete she can (be).”

Black’s commitment and work ethic have allowed her to not only succeed on an international athletics stage, but those traits have also helped her to pursue an academic career and thrive on a university sports level. 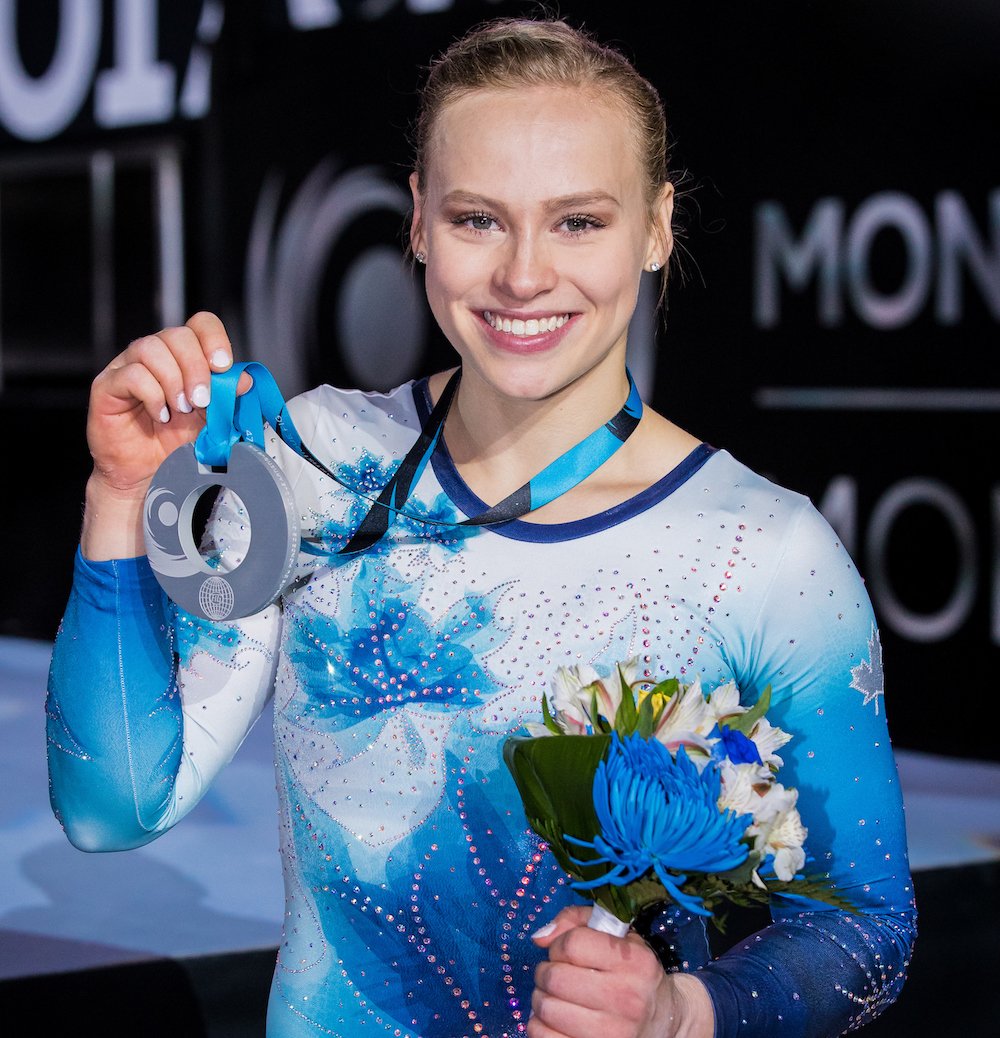 As a student at Dalhousie University in Halifax, N.S., and as an uber-successful gymnast, Black is considered a top U SPORTS ambassador.

At this point in her university athletics career, she has participated in two Universiades: the 2013 games in Kazan, Russia, where she won a bronze and silver medal, and the 2017 games this past summer in Taipei City, Chinese Taipei, where she won two bronze, a silver, and a gold.

That was an incredible experience. Any time you get to compete in a (Universiade), it’s awesome. It’s really, really fun.

“That was an incredible experience,” she says of the Taipei competition. “Any time you get to compete in a (Universiade), it’s awesome. It’s really, really fun.”

Black was a member of the women’s artistic gymnastics team for the Games, a Canadian squad that saw over half of its student-athletes represented by the NCAA compared to U SPORTS.

As a member of the latter organization, Black discusses what it’s like to represent not only Canadian athletics, but also Canadian university athletics. 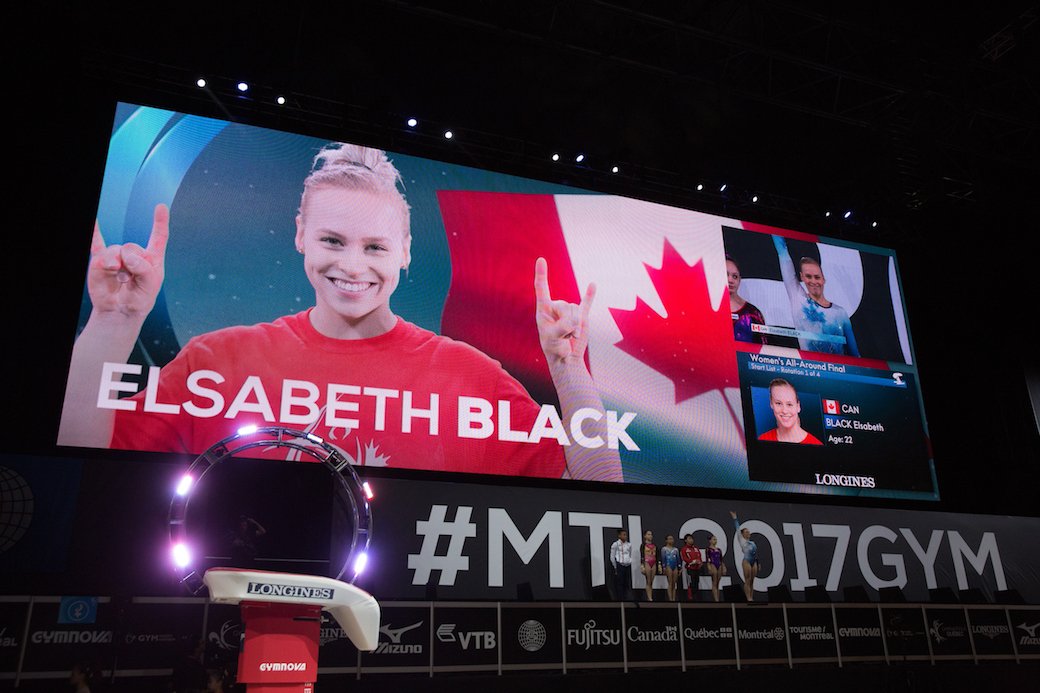 “NCAA is great and it’s an amazing opportunity, but you still have amazing opportunities here in Canada,” she says. “I chose to stay in Canada and go to school here and compete for Canada because I love where I live and the support that we have.… Representing U SPORTS is amazing, and you know, I love representing Canada. So that all together, it’s just kind of a great package.”

If athletes see that it’s still possible to stay here and go to school and compete. I think we can see a lot more athletes sticking around here in Canada.

While Black enjoys performing for her country and its domestic sports organizations, with this year’s Universiades and world championships now over, she’s taking some time to focus in on school.

She says that she is taking things “day by day,” as she is not yet sure on what she will do with her kinesiology degree, nor is she clear on what her next steps will be in gymnastics.

What is certain, though, is that Black will continue setting an example for Canadian athletes, letting them know that they can be successful staying on home soil to pursue sport and academics. Like Coach Kikuchi paving the way for her, she hopes to do the same for others.

“If athletes see that it’s still possible to stay here and go to school and compete,” she says, “I think we can see a lot more athletes sticking around here in Canada.”