Canada’s women’s water polo team were dealt their first loss at the 2019 Summer Universiade at Casoria Community Pool on Monday. Hungary took the top of Pool A with a convincing 16-7 victory over Canada and remain undefeated heading in to the quarter-finals. Canada finish second in Pool A.

“We knew going in to the game that they were going to be a lot more aggressive and physical than the previous teams going into the tournament so it was a little bit of an adjustment for a lot of us,” said Canadian Verica Bakoc. “I think we started playing better against their aggressiveness in the second half.”

Hungary established their dominance early going 4-0 with no time to spare. Canada’s first opportunity came on a Valeria Rojas blast but Hungary goalie Gina Lekrinszki made a great save. Canada finally got on the board through a clever shot by Peggy Jean Allin to leave the score 4-1 for Hungary at the first quarter break.

In the second quarter, Toronto’s Rachael Jaffe, in the Canadian goal, made an excellent block on Hungary’s Orsolya Hertzka to give Canada a breath of momentum. Hungary’s physical play and speed of ball movement proved to be a challenge for the Canadians. Hungary’s Tamara Farkas made it 5-1 while Rojas was sent off with an exclusion. With less than a minute to go Verica Bakoc delivered on a penalty for Canada to make it 5-2 just before Dora Huszti scored again to lift Hungary up 6-2 entering half time. 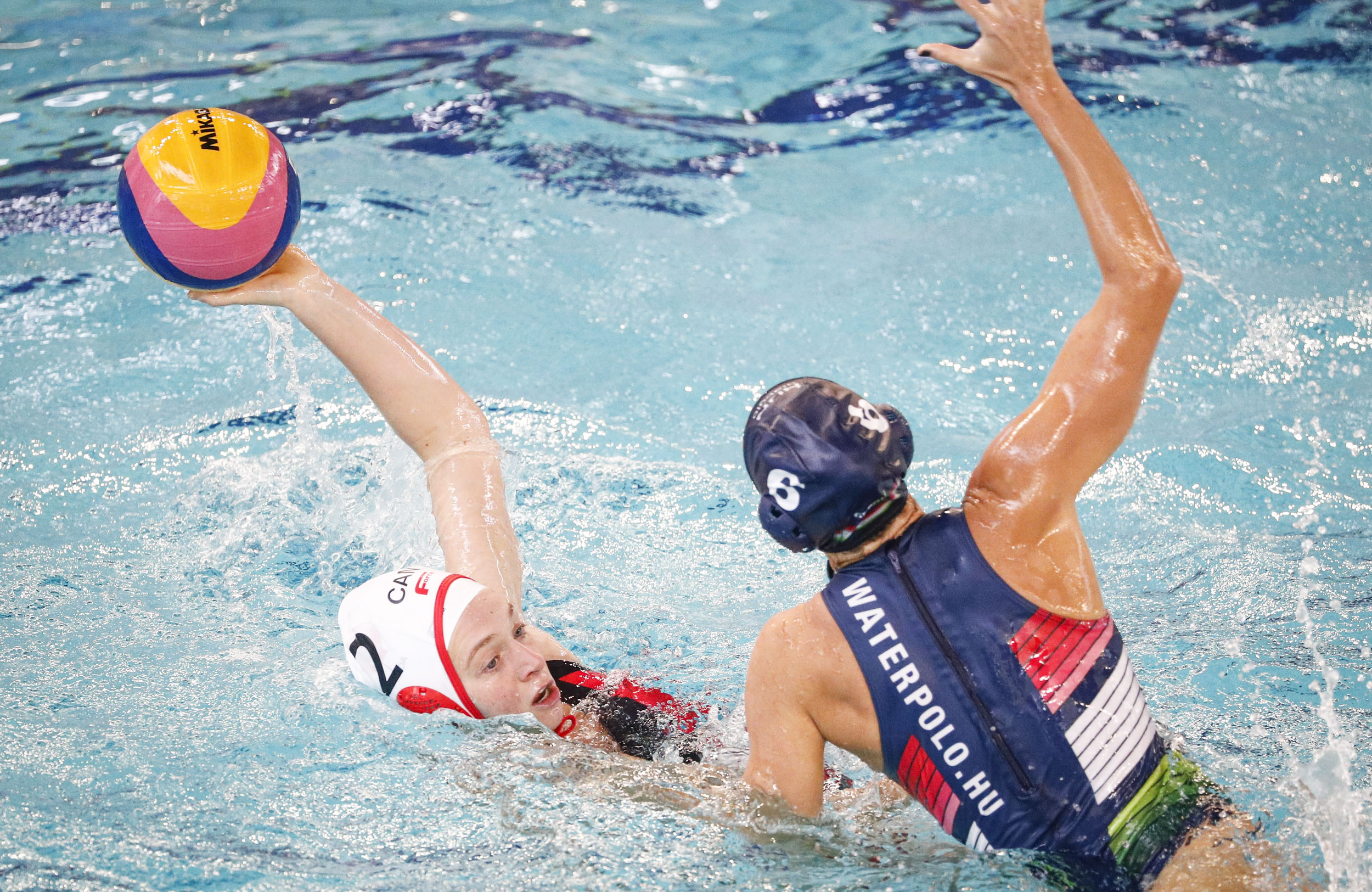 Hungary continued to put on a display of their lethal scoring, going up 8-2 in the early part of the third quarter. Myriam Lizotte got Canada back within five, down 8-3, while Lizotte then set up Allin for her second of the game to leave Canada down 9-4. Up a player, Canada was able to move the ball well to free up Allin again to make the score 10-5 in favour of Hungary. Jaffe made a fantastic save to end the third quarter with Canada trailing 11-5.

The Canadians were outscored 5-2 in the final quarter, after making some tactical changes in hopes of generating more scoring opportunities. Hungary powered their way to a 16-7 victory to top Pool A and play the winner of USA and Australia in Pool B.

“In the situation we were at, if we don’t take the risk, there is no reward,” noted Bakoc on the strategy change at halftime. “We were down by a few goals and we played a defence that was riskier for us to try and get the steal and get the ball. We were also more aggressive on defence and trying to push those little advantages we have and try to monopolize on their mistakes.”

Canada’s Allin and Bakoc each scored three goals in the game, while Hungary had nine different scorers. 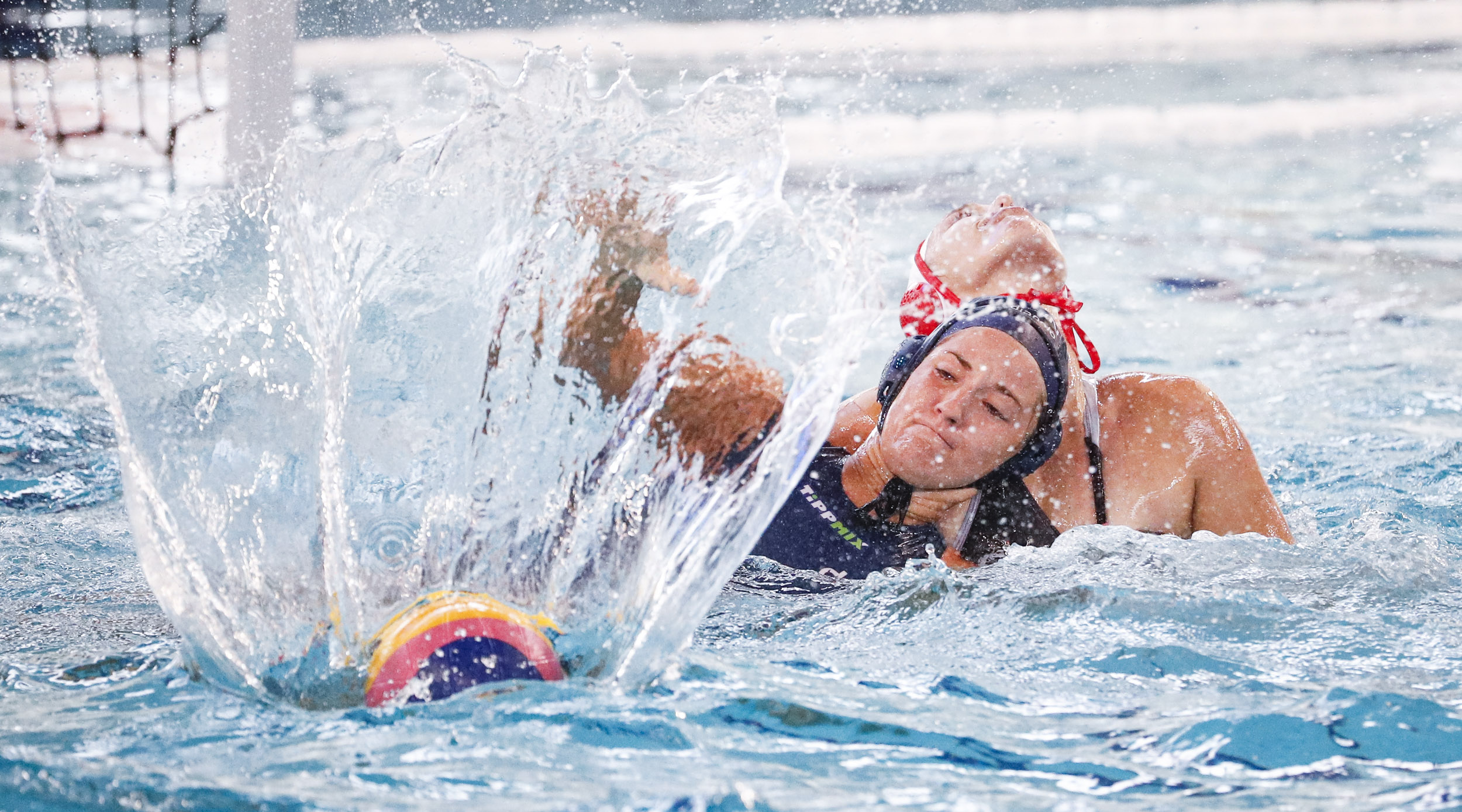 “We started a little slow, down 4-0, and our rhythm wasn’t there and it’s Hungary versus the individuals,” said Canadian assistant coach Michel Roy. “I don’t think they are that much better than us but they have more experience than us, more game times, more playing times and more pro times. That makes a difference. We have college times but it’s not the same level.

“I’m a strong believer that we can look back and say we can work harder. We can work smarter. We can learn from here and go further but it all depends on how we react to this game.”