Basketball and hockey are two of U SPORTS’ most prestigious championships for which a number of high-quality bids were presented. Included, was an integrated bid with men’s and women’s basketball through a joint partnership between the University of Ottawa, Carleton University and the Ottawa Sports & Entertainment Group (OSEG). This bid was identified as an innovative approach for a sport enjoying tremendous success at both the grassroots and high-performance levels across Canada. Dalhousie University (Halifax, N.S.), St. Francis Xavier University (Antigonish, N.S.), Queen’s University (Kingston, Ont.), Ryerson University (Toronto, ON), Acadia University (Wolfville, NS), University of Lethbridge (Lethbridge, Alta.) and UPEI (Charlottetown, P.E.I.) will host the other U SPORTS national championships.

It is encouraging to see our member institutions developing creative ways to host national championships offering the best experience for our student-athletes as well as for Canadian sports fans, and guaranteeing the best attendance on site. This is promising for the future of U SPORTS and all of its members.

“The bids that we received were excellent which demonstrates a strong interest in hosting a U SPORTS national championship,” said Graham Brown, President and CEO of U SPORTS.  “It is encouraging to see our member institutions developing creative ways to host national championships offering the best experience for our student-athletes as well as for Canadian sports fans, and guaranteeing the best attendance on site. This is promising for the future of U SPORTS and all of its members.” 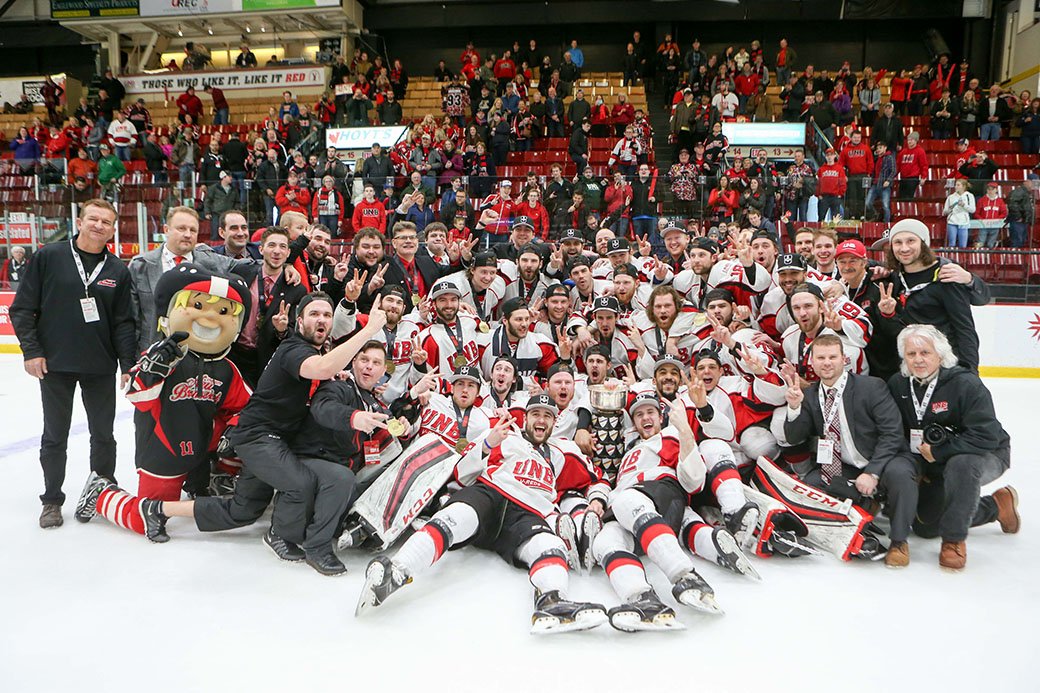 In 2019 and 2021, the Men’s Final 8 returns to the Scotiabank Centre in Halifax, in partnership with event management partner Sports & Entertainment Atlantic (S|E|A). The Dalhousie Tigers will host the U SPORTS Men’s Basketball Championship in 2019, while the StFX X-Men will get the host spot in 2021.

“We at StFX are very excited about the opportunity to host the 2021 Final 8 Men’s Basketball Championship.  StFX has a great track record of hosting national championships and we intend to build on that reputation in 2021,” stated Leo MacPherson, Director of Athletics and Recreation at StFX. “Our relationship with S|E|A has proven very successful and the ultimate winners will be our fans, alumni and supporters.”

S|E|A has also been tapped to stage the University Cup (Men’s Hockey) in 2020, with the Acadia Axemen serving as hosts.

“Next to the National Championship banners hanging in our Arena, hosting the 2020 USPORTS Men’s Hockey Championship might be the most significant thing in the history of our storied Axemen program. U SPORTS entrusting us with the University Cup speaks to the best fan base in the country, a strong alumni following, and I’m confident the fact Acadia Athletics have been tremendous hosts of national events over the past few years” said Kevin Dickie, Acadia’s Executive Director of Athletics & Community Events “Acadia sincerely appreciates the opportunity to both partner with S|E|A and host the 2020 Men’s National Hockey Championship.”

S|E|A is no stranger to attracting U SPORTS championship events to Nova Scotia's capital. The Halifax-based company is partnering with Acadia University for this year’s Men’s Final 8 after working with Dalhousie on last season’s event at the Scotiabank Centre. The organization first teamed up with StFX and Saint Mary's universities for the 2015 and 2016 University Cup, respectively.

“S|E|A is very proud to have worked with Dalhousie, Acadia and StFX to secure these national championship events for our region” said Derek Martin, President of Sports & Entertainment Atlantic. “Over the past four years, Halifax has strengthened its claim as Canada’s premier university sport host city.  We take great responsibility in being the caretaker of these prestigious championships and we are grateful to have the opportunity to continue to build on our momentum.” 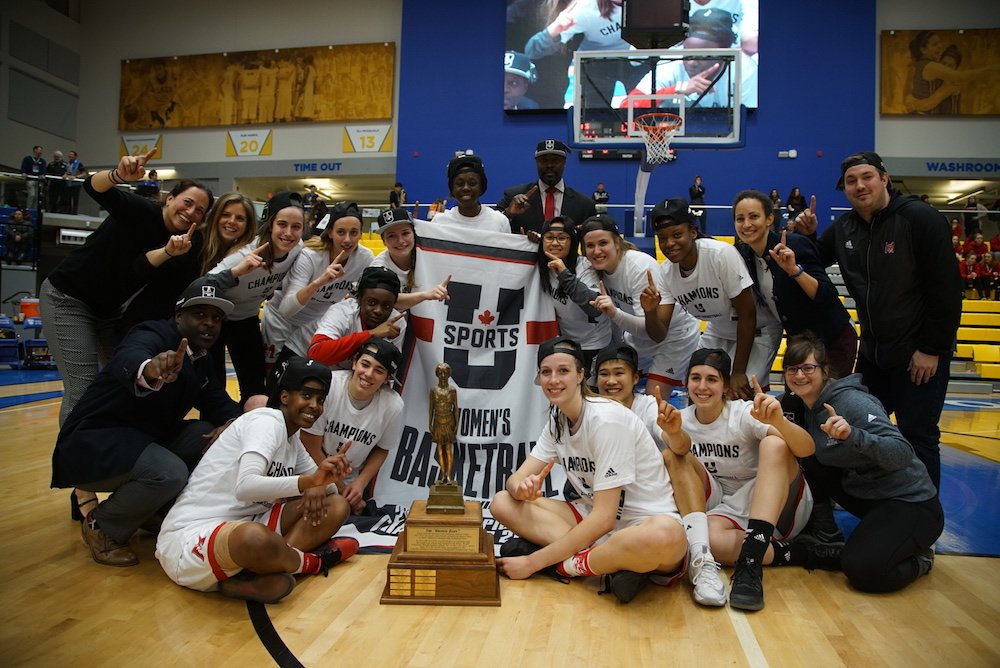 In 2020, U SPORTS innovates with the merging of Men’s and Women’s Basketball Championships to be hosted by both University of Ottawa and Carleton University, in partnership with the Ottawa Sports & Entertainment Group (OSEG). The 2020 Final 8 will showcase the very best of Canadian university basketball, with the men’s and women’s event held together at TD Place Arena in downtown Ottawa.

In women’s basketball, the Final 8 tournament heads to Ryerson’s Mattamy Athletic Centre in Toronto in 2019, while the Queen’s Gaels will serve as hosts for the 2021 edition at the Queen’s Athletics & Recreation Centre in Kingston, Ont.

In women’s ice hockey, the UPEI Panthers will host and welcome the best in the nation to MacLauchlan Arena in Charlottetown, P.E.I. for the 2019 and 2020 U SPORTS Women’s Hockey Championship. 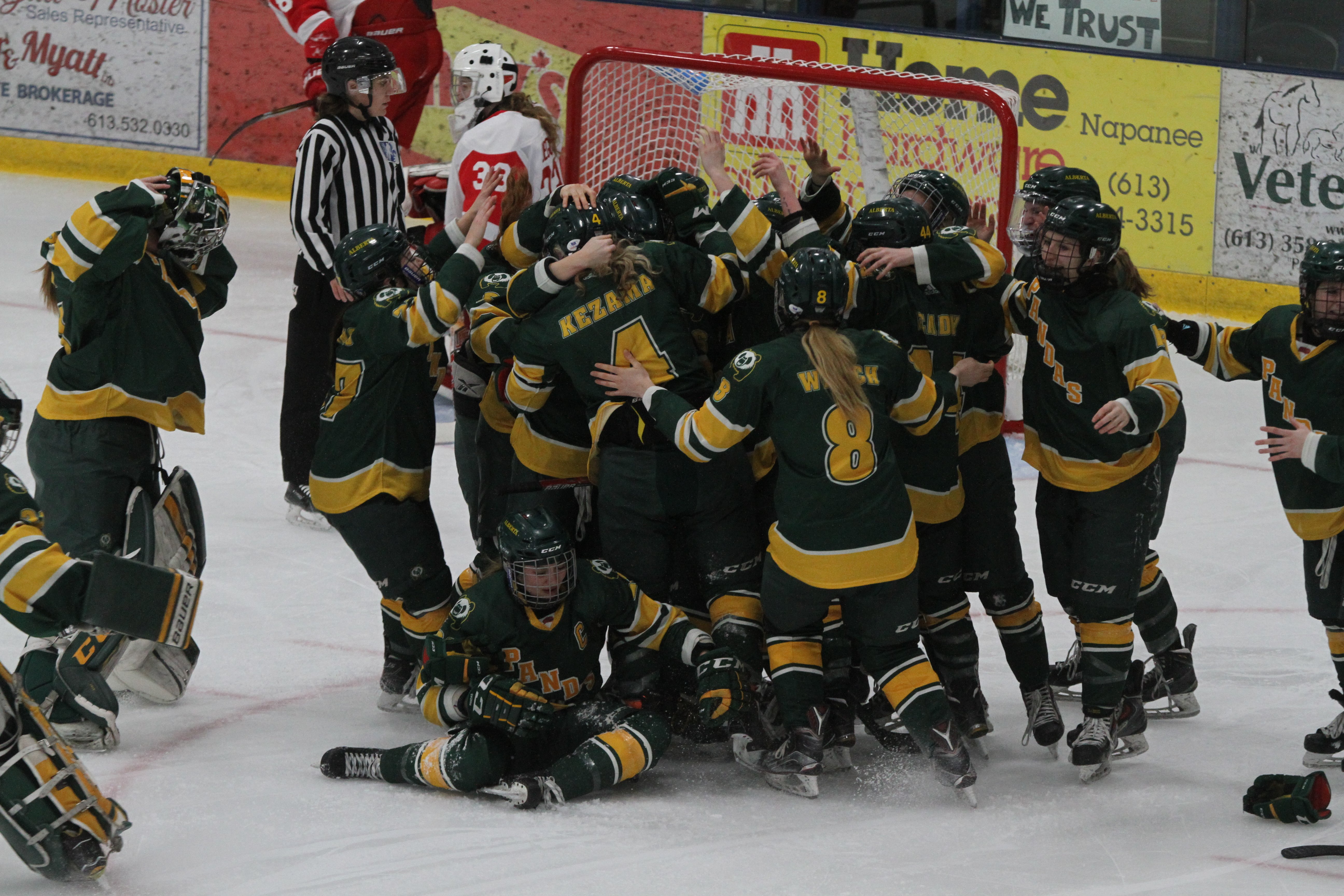 Following two seasons at the University of New Brunswick, the 2019 University Cup returns to Western Canada for the first time since 2014, when the Lethbridge Pronghorns will play host at the ENMAX Centre, home of the Lethbridge Hurricanes of the Western Hockey League (WHL).

Following Thursday’s announcements, 10 U SPORTS championship events will be held across six provinces for the 2018-19 season, reaffirming U SPORTS as the national brand of university sports in Canada.

View the championship calendar to see the locations and dates of the upcoming championships.

Getting to know your U SPORTS coaches: Kwesi Loney, Carleton Ravens