The 2019 U SPORTS Conference and Annual Meeting kicks off on Monday at the Hilton Toronto/Markham Suites Conference Centre, where athletic directors from all 56 member schools and representatives of the four conferences will gather for three days to hear from notable keynote speakers, receive important updates from the national office and have the opportunity to network with their peers. The attendees will also have access to the sold-out U SPORTS University Athletics Tradeshow where near 50 vendors will be represented.

U SPORTS introduces you to our keynote speakers slated to address the membership. 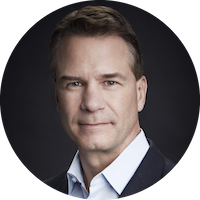 With more than 20 years of experience in the elite echelons of the sports industry, Chris Overholt now leads Toronto-based OverActive Media Group, one of the most diverse and powerful esports organizations globally — owning more than seven international esports teams. That global esports stable includes the Toronto Defiant who will compete in the Overwatch league and a UK-based franchise in the vastly popular League of Legends European Championship.

Chris has established himself as a leading and trusted voice in the worlds of sports and business. He joined the Canadian Olympic Committee (COC) in April 2010 in the dual roles of Chief Operating Officer (COO) and Chief Marketing Officer (CMO). In August 2011, he was named Chief Executive Officer (CEO) and was in that role until October 2018, helping propel the organization to unprecedented growth in all areas of its commercial operations as the chief architect of the COC’s commercial strategy.

Reporting to the COC’s Board of Directors, Chris oversaw the broad scope of operations of the Olympic Movement in Canada including national sport development programs, Team Canada preparation, Olympic bids and events. He worked closely with Canada’s 52 national sport federations to provide the tools they needed to develop the next generation of Olympians.

During his 25 years in business, Chris played a key role in the marketing, branding, and business strategies for some of North America’s top sports franchises, including: the Miami Dolphins, Florida Panthers, and seven years with Maple Leaf Sports & Entertainment delivering industry-leading results for the Toronto Maple Leafs and the Toronto Raptors.

Chris holds a Bachelor of Arts degree from Western University in London, Ontario and is a graduate of the Harvard Business School Executive General Managers Program in 2001. 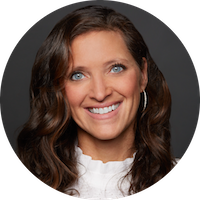 Trained as a lawyer, Véronique began her career at Heenan Blaikie in Montreal where she practiced media law, advertising and marketing. She then joined Quebecor Media in 2007 as a senior legal counselor for the news services, a role she also assumed for QMI as of 2011.

From 2011 to 2014, she held the post of Director of Distribution Group Relations at TVA Group. Since 2014, she has been Director of Programming for TVA Sports. 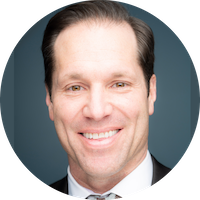 Mr. Paul Etherington is a passionate leader, business professional, and philanthropist, who has been an active supporter of Special Olympics since childhood. In the early 2000s, Paul and his two brothers, Sean and Mark, founded an organization called motionball for Special Olympics, which aims to engage the next generation of leaders, donors, and volunteers.

Paul remains actively involved with the organization as volunteer Chairman of motionball’s Board of Directors. motionball now spans communities coast to coast and has engaged thousands of university students through the growing motionballU program.

Paul and his brothers were awarded the Meritorious Service Medal by the Governor General in 2018 for their contributions to the Special Olympics movement, and the impactful role they have played in inspiring other Canadians to find their passion and improve their communities.

Paul lives in Uxbridge Ontario with his wife Lauren, and 3 daughters Skylar, Sloane, and Win. He enjoys playing poker with friends, travelling to warm destinations, and passing on the motionball movement to young Canadians. 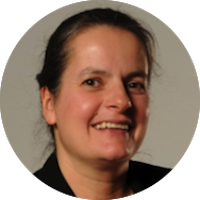 Marie-Claude Asselin possess bachelor and master’s degrees in physical activity sciences and an executive certificate in conflict management. She began her career as sport administrator with the Canadian Olympic Committee. Before joining the SDRCC as CEO in 2007, she was Manager of Education at the World Anti-Doping Agency. Marie-Claude coached ice hockey, soccer and basketball, including university women’s basketball, and acted as NCCP learning facilitator for 7 years. She was also involved as basketball official for over 13 years. She still volunteers with a local swimming and triathlon club and is a board member of the regional sport centre Excellence sportive de l’île de Montréal. 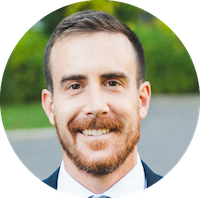 Tom Hall is the national manager of Game Plan, Canada’s wellness program for national team athletes. He has spent more than a decade working to make the Canadian sport system as safe, fair and healthy as possible for athletes both as a volunteer and as a leader of athlete-focused organizations. He spent 15 years on the national team winning medals at every major sprint-canoe competition, including the 2008 Olympics. He has also written about sport, travel and science for many of Canada’s largest publications. 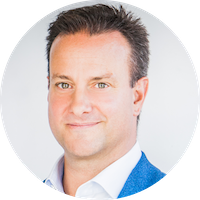 For Dr. Greg Wells, health and performance, particularly under extreme conditions, are personal and professional obsessions. As a scientist and physiologist, he has dedicated his career to making the science of human limits understandable and actionable.

For over 25 years, Dr. Wells has worked with some of the highest-performing individuals on the planet, including Olympic and World champions, and with organizations ranging from General Electric to BMO, Deloitte, KPMG, BMW, Audi, Sysco Foods, YPO and Air Canada. He is also committed to inspiring children and young adults through his close working relationship with several school boards and independent schools.

A veteran endurance athlete, Dr. Wells has participated in the grueling Nanisivik Marathon 600 miles north of the Arctic Circle, Ironman Canada and the Tour D’Afrique, an 11,000 km cycling race that is the longest in the world. He is also a travel and expedition adventurer who has journeyed through every imaginable terrain and conditions in over 50 countries around the world.

Dr. Wells is author of three best-selling books – Superbodies, The Ripple Effect, and The Focus Effect – and hosted the award-winning Superbodies series, which aired on Olympic broadcasts worldwide in 2010 and 2012.

Dr. Wells has a PhD in Physiology, served as an Associate Professor at the University of Toronto and Senior Scientist at the Hospital for Sick Children in Toronto.

He is the CEO and founder of The Wells Group, a global consulting firm committed to achieving the moonshot of helping teams, schools and businesses become places where people get healthy, perform optimally and reach their potential.

Other key presenters include: