All winners move on as the U SPORTS nominees for Canada’s Players of the Week against nominees from the Canadian Junior Football League (CJFL). Winners are selected via a social media poll on Football Canada’s channels.

The Wilfrid Laurier Golden Hawks were flying high for a second week in a row, with Connor Carusello slinging it under centre en route to the team’s second straight lopsided win.

Carusello put together his best game of the season when the Hawks took on the Windsor Lancers in OUA action on Saturday, helping his side get back to .500 on the season and stake sole claim to the final playoff spot. He threw for a season-high 374 yards, which is just nine shy of his single-game career high and added four majors to match his career-best mark.

The sophomore pivot got the scoring started just over three minutes in on a 42-yard touchdown to Kavantye Bailey. He then added another before the half on a 25-yard connection with Ente Eguavoen. A five-yard and 20-yard score, respectively, rounded out Carusello’s day in the second half before he took a seat for the final few possessions with the game well in hand for Laurier.

When the dust settled, Carusello’s efforts led Laurier to 591 yards of offence and a 52-point output for a second consecutive week.

On defence, Calgary's Moore helped stymie the Alberta Golden Bears, as the linebacker led the Dinos with six total tackles, including 2.5 for loss.

The third-year Arts student had a sack and forced fumble, as Calgary held Alberta to a season low 16 points. 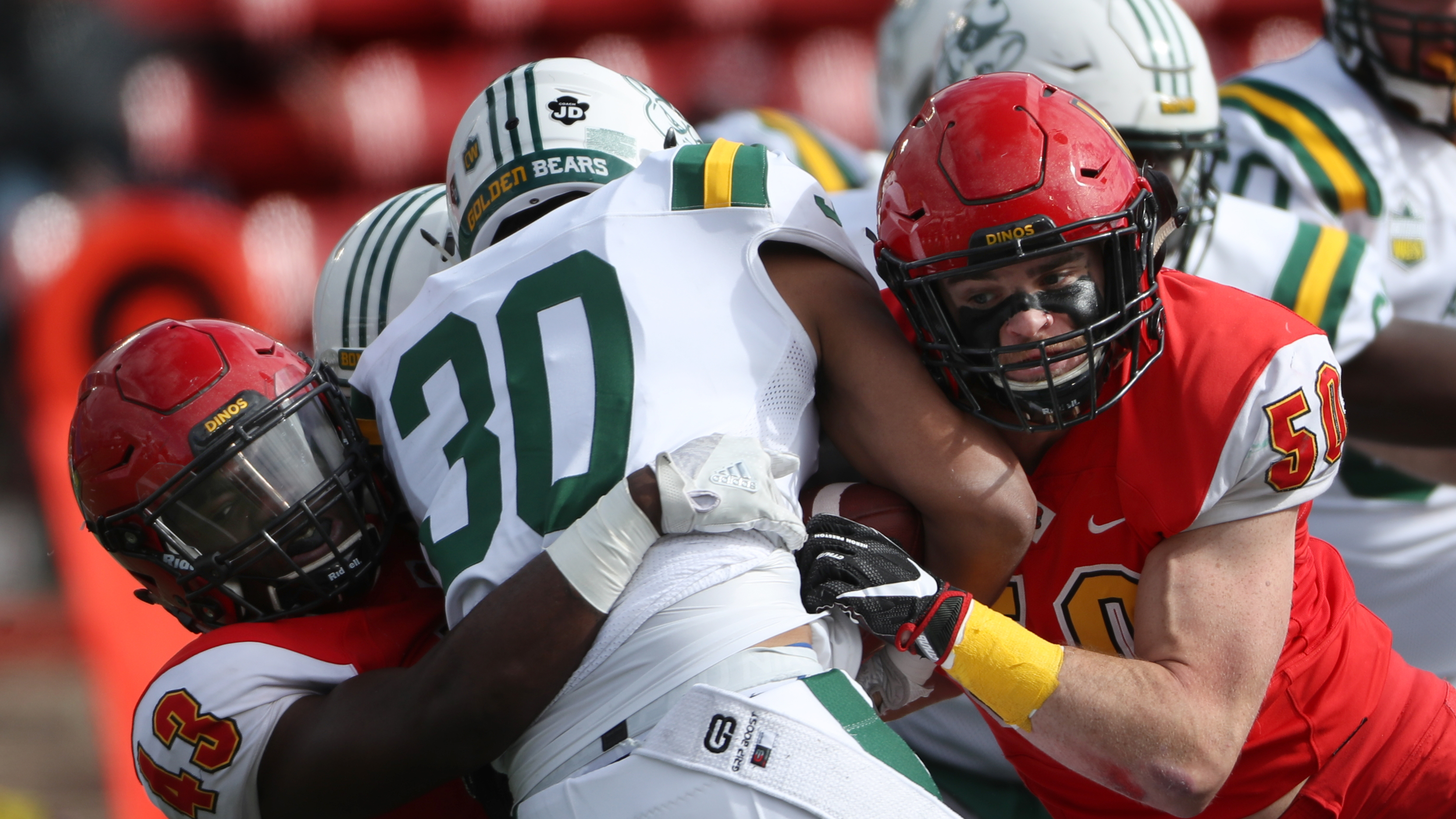 Rounding out the Week 7 winners is Colby Kyliuk, whose blocked punt and recovery in the end zone for a touchdown has earned the Manitoba Bison the title of Special Teams Player of the Week.

Kyliuk opened the scoring for the Herd, making the week's biggest special teams play late in the first quarter of Manitoba's 49-21 loss to the Saskatchewan Huskies. 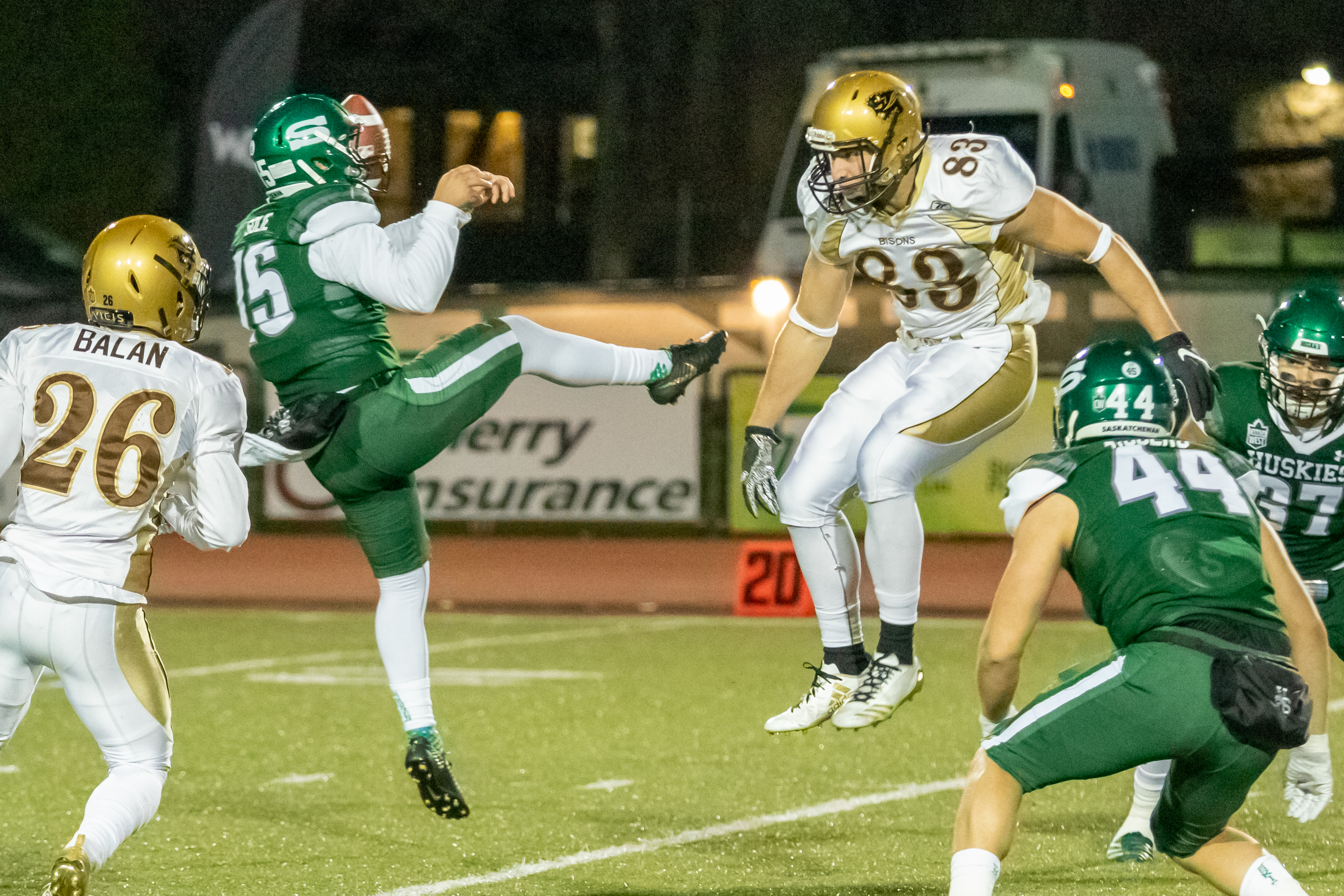