The Badgers led by as many as 20 in the second half before the Axewomen staged a comeback, but Brock managed to hold off Acadia for the 11-point victory. With the win, the Badgers advanced to the Championship semifinals where they will take on the Rams in a rematch of the OUA Critelli Cup final. The Rams won that game 72-70 in overtime.

“I’m super excited because it will be a rematch against the Rams,” said Weinert about advancing to the semifinal after the win. “That was a good win for us to come back and (Acadia) were a great team, really tough, so it was a good matchup for us to prepare us for Saturday.”

Along with her 18 points, Weinert grabbed 15 rebounds to record a double-double. She was named the Player of the Game for Brock.

Also scoring in double digits for the Badgers was Victoria Lawrence, who poured in 15 points while adding six steals and six rebounds off the bench.

“Today we made some plays at the end,” said Brock Head Coach Mike Rao. “We went back to what we were doing. Our defence was pretty good. (Jayda) Veinot, she’s a great player. She had two or three threes that brought them right back.”

Jayda Veinot finished with a team-high 23 points for the Axewomen in the loss, while Sandy Saunders recorded a double-double with 12 points and 10 rebounds for Acadia. Veinot was named the Player of the Game for Acadia.

“We were a little disappointed of course with that performance,” said Veinot. “We said all along it takes defence to win here and we didn’t play to the level we needed to be successful. Obviously, there is something to be said about coming back from a deficit so there’s encouragement in that. We’re going to move on and be ready for tomorrow.”

With the win, the Badgers will take on the Rams in the semifinal on Saturday at 3 p.m. The Axewomen will play in the Consolation semifinals, taking on the UPEI Panthers on Friday at 6 p.m. 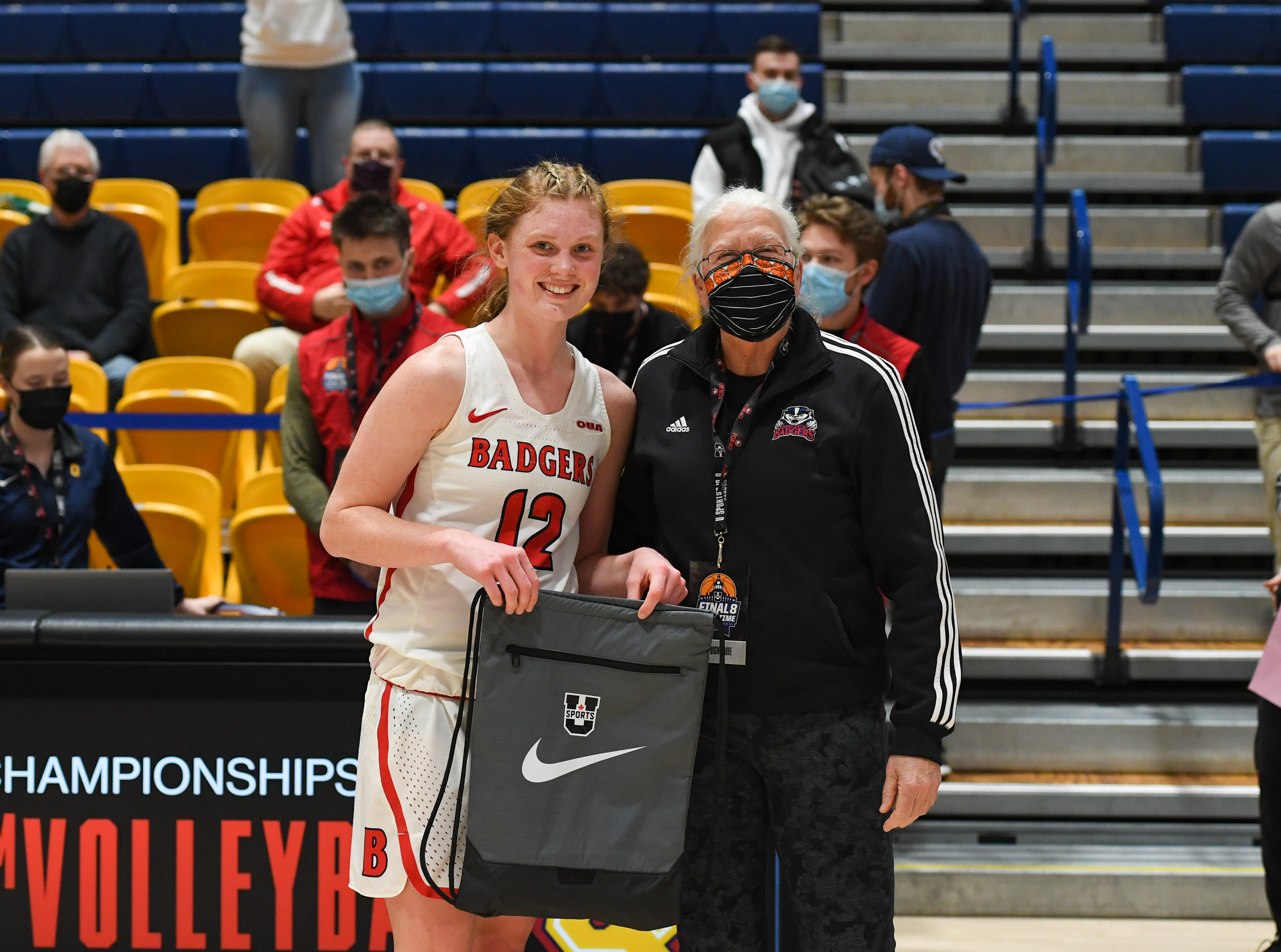 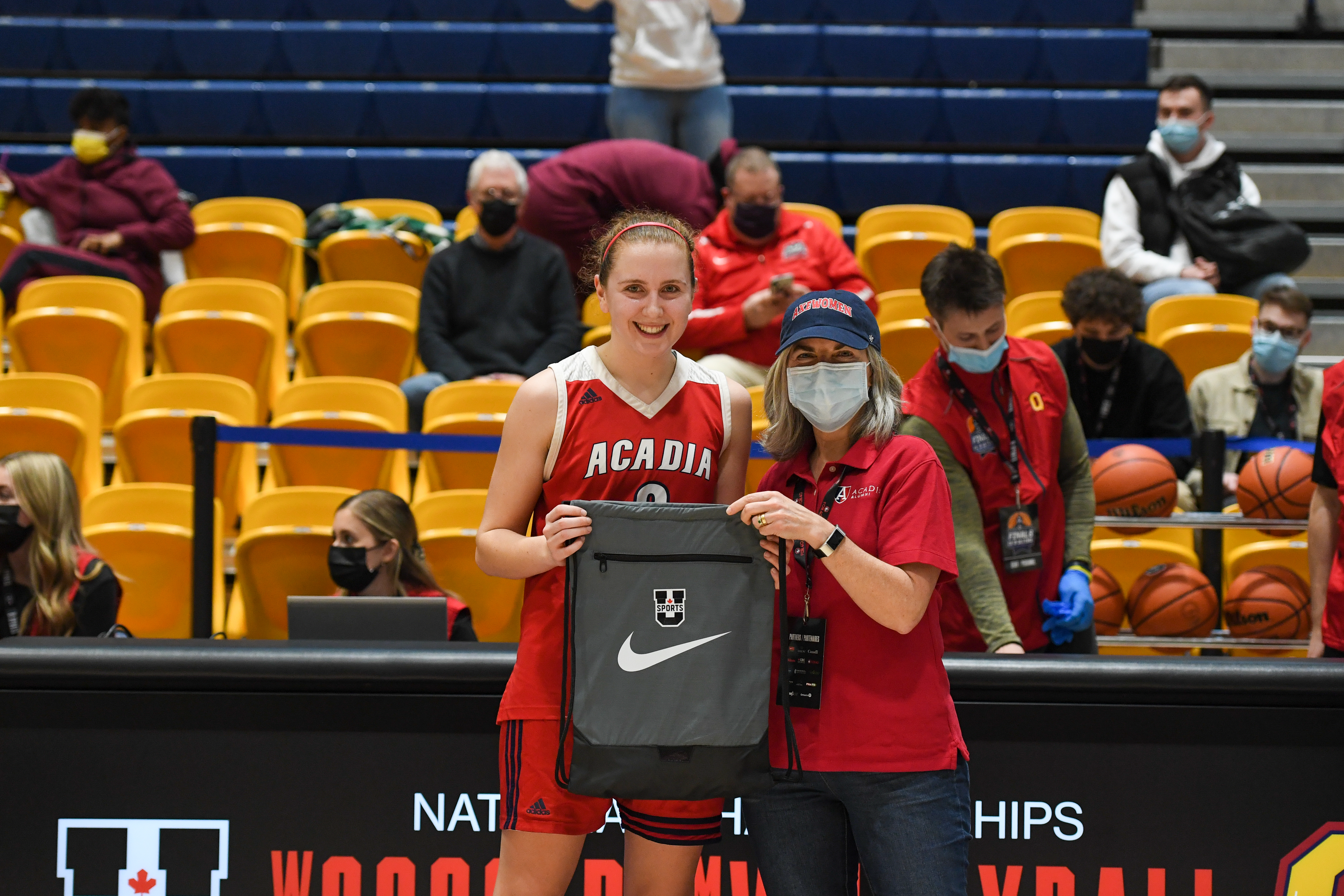