For some, it’s easy. Others see it as more of a challenge than just spinning, pivoting, and faking opponents off their feet.

Jermaine Small knows all about it.

He’s played the game of basketball, learned the ups and downs of the sport from others, and gets pumped and marvelled as a coach. There is always a new intensity in the life of this man, who continues to leave a positive lasting impression with many – both on and off the competitive court. 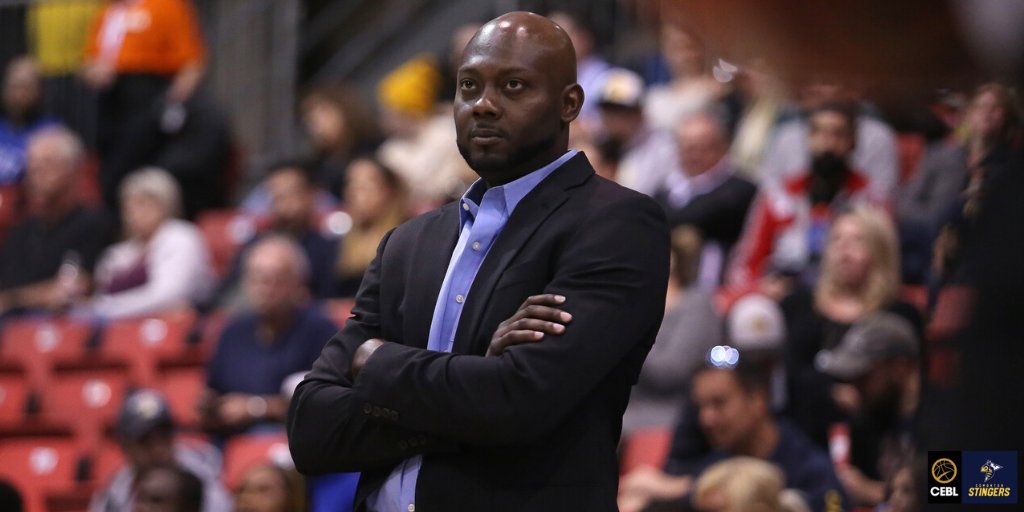 To know Small, you will have had to go along on his journey, and understood his seriousness to the game of hoops, along with the judgement of talent, and the marvels of his challenges.

Small has come a long way since those early years at Milne Valley Public School in Toronto Taller than everyone in grade 6, his best friend once told him to ditch the game of soccer that he enjoyed and use the benefit of his height to play a game invented by a Canadian.

At age 12, basketball became part of his life, and Small has never looked back.

Playing for Eastern High School of Commerce, Small still has disturbing memories of losing a Toronto District School Board championship back in 2001. His team lost the buzzer-beater to nemesis Oakwood Collegiate.

Not long after he graduated from Eastern, the school team went on a roll winning one Ontario championship after another. After a year at Vanier College in Montreal, Small attended a Houghton College, located some three hours from Toronto in the New York State town called Caneade.

The trip to the United States, some say, had to do with the hype of the National Collegiate Athletic Association (NCAA) – even though Houghton competed as a Division III team. Maybe so, but Small will tell you that he came from a single-parent family and the cost to attend a Canadian university was financially stiff for his mother.

Several years later, with a degree in Physical Education and having aspirations of being a physical and health education teacher as well as coach, Small returned to Toronto. A family matter had developed, and his help was needed.

Still very much hooked on basketball and having volunteered two years of his time to coach the junior hoops team at Eastern, in 2011, he made the jump to Canadian university coaching.

As an assistant coach at Ryerson University, Small loved the experience even though his three years of work went without even a small honorarium A factory job helped pay the bills.

Small had now experienced the game as a player and an un-paid coach.

Connections would lead to his first full-time coaching gig for four years as an assistant at Queen’s University in Kingston. His coaching experience would benefit immensely, but Small would go big in 2019 when he couldn’t turn down a golden opportunity.

That year, Small would assume the job as head coach and general manager of the Edmonton Stingers. Small would have his first great moment in charge of a Canadian professional league team.

“Why I would never have imagined would happen did just that,” said Small, winner of back-to-back Coach of the Year honors in the CEBL. “I’m living it, using what I have learned to assist others, and everyone comes out on top.”

While the Stingers would go on to win nine consecutive games, then lose in the Final Four of the Canadian Elite Basketball League, Small was starting to hear references to him being a leader, pioneer, and mentor in many ways.

Soon to begin a fourth year in the CEBL’s Spring/Summer season and at the helm of the Edmonton team, the past two years have been rewarding as league champions, realizing that his road to prosper and had included some sacrifices.

Small’s Canadian university knowledge also caught the attention of the University of Lethbridge where, in 2020, they chose him to lead the program. He would be the first minority head coach of the Pronghorns. 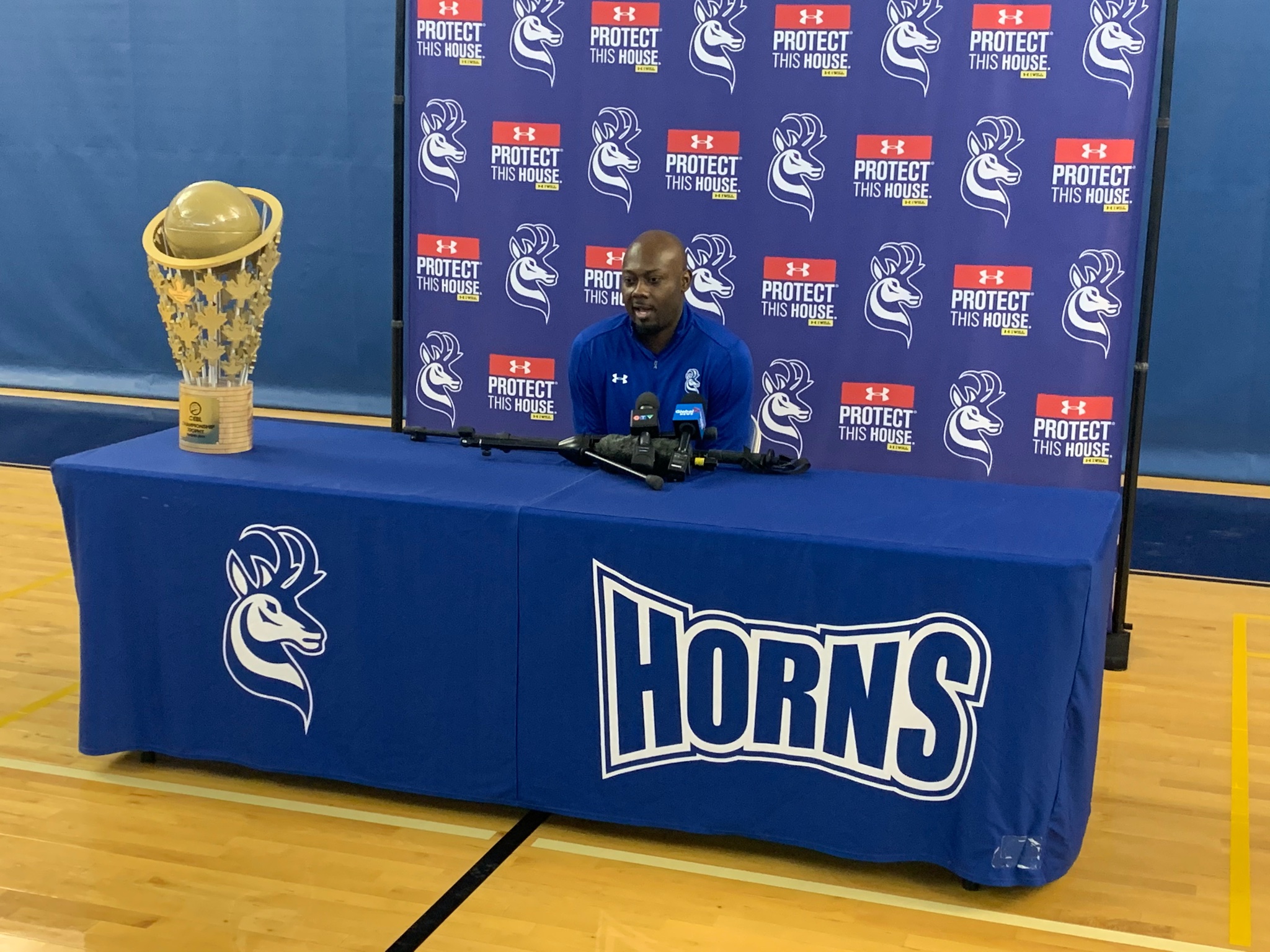 “I’m married to the game, I’m loving it and there’s nothing more gratifying than seeing young guys get a great education, learn basketball and now have an opportunity to play the professional game right here in Canada."

While the hype of the NCAA may have gotten to him, Small said there’s nothing more gratifying than receiving a Canadian university education and playing professional basketball in the same country.

Abandoning the periphery of a conversation on basketball, Small gets absorbed in being a believer of the relationship between U SPORTS and CEBL – one he calls a marriage that can only get better in time. 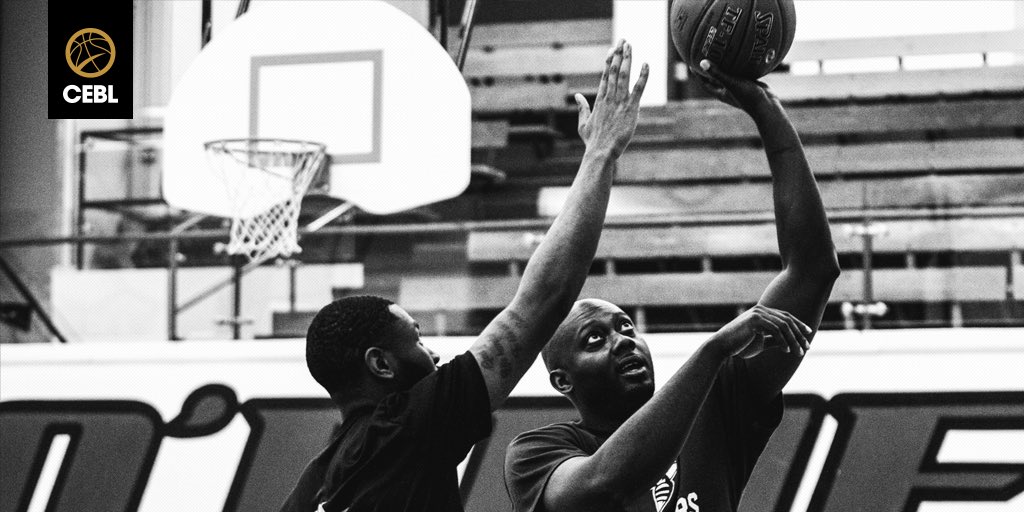 “Look, if a high school player gets an offer from Kansas, go for it,” said Small. “But I’m not a big believer of schools that don’t offer a recognizable degree. I'm not a fan of prep schools that don't encourage or look at U SPORTS basketball as a very good option.”

Statistics show that, in many communities, a saturation of prep schools in Canada has also taken away from the quality, excitement and growth of the high school basketball game.

For Small, it’s always important to get a receptive audience, make a lasting impression and establish a rapport with no fuzziness.

“I’m pro-Canadian and want to grow the game. U SPORTS is stability and Canadian schools also give a better balance of academics and athletics. Talent is everywhere, but opportunity is not. I’m in a position, to give Canadians an opportunity to excel in education and the game of basketball.”

Graduates of the Canadian university system have gone on to play basketball in top leagues in Europe, make a great living, gain valuable experiences, and have a recognizable degree to fall back on when they're finished their competitive days. Many have also made Canada’s Senior Men's National Team competing against countries around the world.

Respected as a man full of simple pleasures, and no spinning tales, Small is also a hub of emotion. 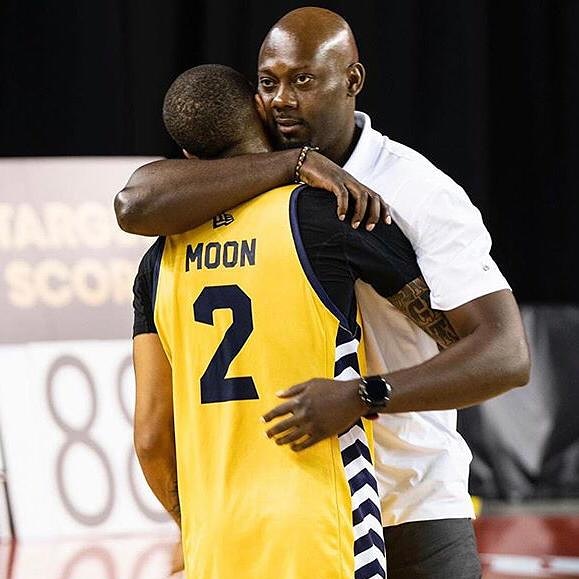 “I played for coach Small at Ryerson as a student and learned a great deal and wanted to do it again,” said Mississauga’s Jahmal Jones who, after graduation, played seven years of pro basketball in Europe. “Relationships mean a great deal to me. Going to university in Canada worked out and I can’t complain. Now, to play (in the CEBL), have fun and stay in shape, it’s great.”

Jordan Baker grew up in Edmonton and played basketball at the University of Alberta, twice chosen an all-Canadian and a three-time Canada West all-star. Maybe even more impressive, he earned a Bachelor of Commerce degree followed by a Masters in Coaching Sciences.

“It’s quite rewarding going to university a few blocks from home, getting a great education, playing basketball, and representing my hometown in the CEBL,” said Baker, who went on to play the professional game in Germany, Portugal and Japan. “My parents played basketball at the University of Alberta, mom coached there and encouraged me to stay in Canada and get a good education. They were right.” 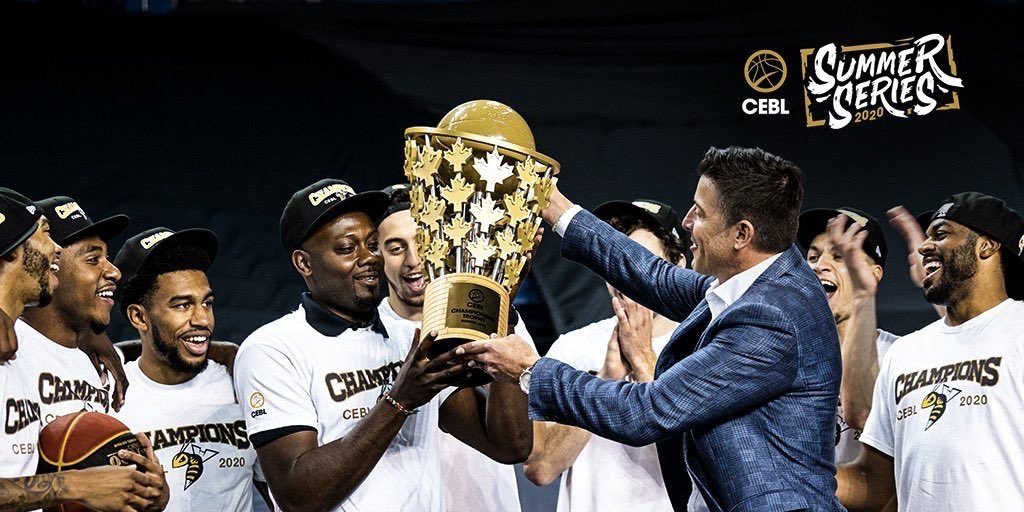 Coach Small and his CEBL champion Edmonton Stingers face the Cangrejeros from Puerto Rico and Real Estelí from Nicaragua March 14-16 at Winsport Arena in Calgary in the Basketball Champions League of Americas (BCLA). This marks the first time that Canada will host the best basketball continental league of the Americas represented by 12 teams from seven countries.

David Grossman is a veteran multi award-winning Journalist and Broadcaster with some of Canada’s major media, including the Toronto Star and SPORTSNET 590 THE FAN, and a Public Relations professional for 45+ years in Canadian sports and Government relations.