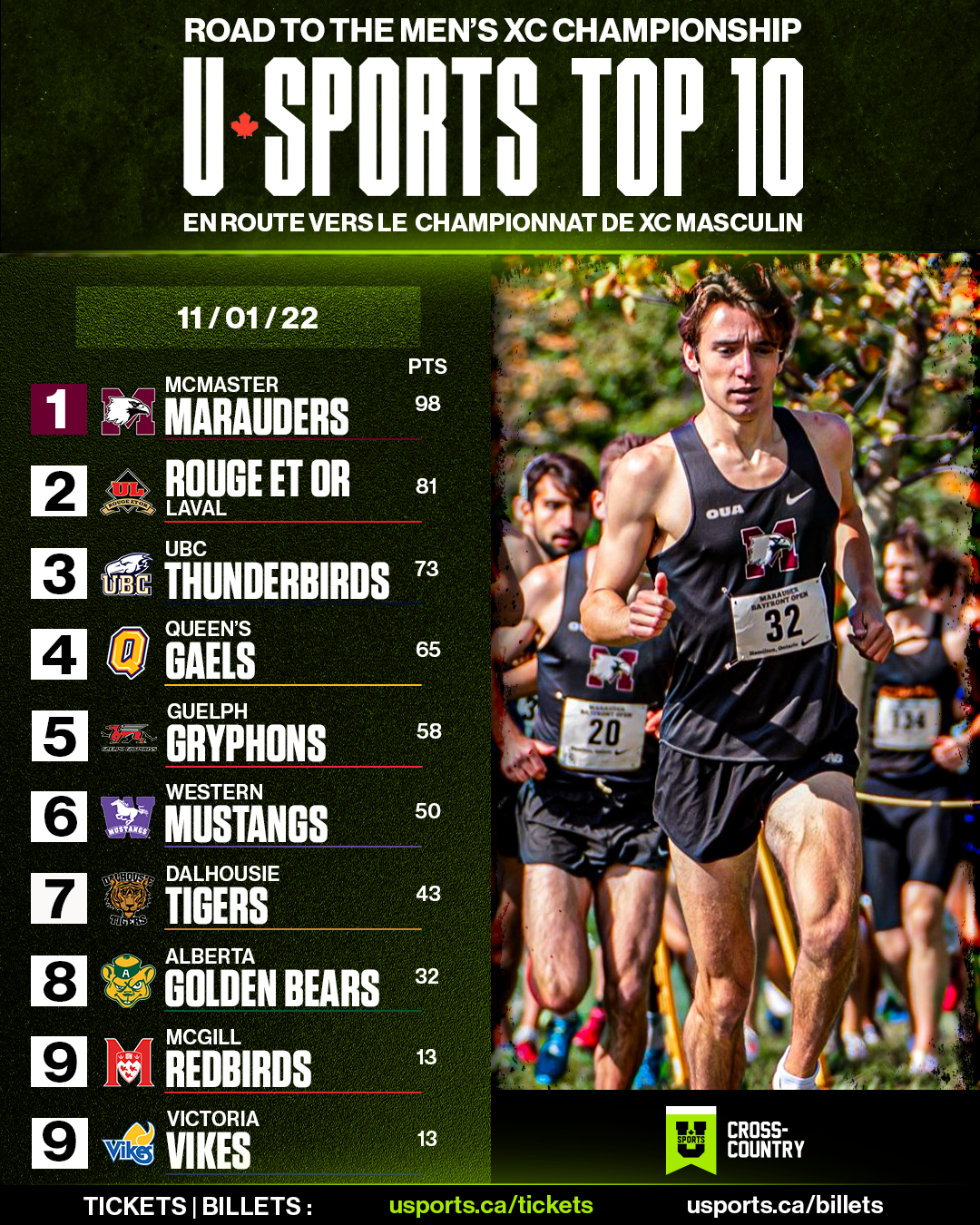 Following a weekend of cross-country conference championships, OUA Men’s champion McMaster Marauders continues to lead the U SPORTS ranking with 98 points, a substantial 17 points ahead of the Laval Rouge et Or. The Marauders swept the podium, with Max Turek leading the pack in a time of 24:36 in the eight-kilometre race. Queen’s Gaels (65 points) took the OUA team silver, moving up two positions to No. 4 in the U SPORTS ranking.

This is the final Top 10 ranking as teams prepare for the U SPORTS Cross-Country Championships hosted by Dalhousie and Saint Mary’s on November 12.