On Thursday night, University of Calgary Dinos football coach Marcello Rapini was named the recipient of the 2017 Gino Fracas Award at the U SPORTS All-Canadian Gala in Hamilton, Ont. 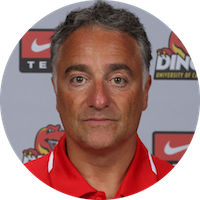 The award represents the U SPORTS Assistant Coach of the Year. Rapini, who has been with the Dinos since 1984 in different capacities, is currently the pass defence coordinator and defensive backs coach for the program.  Additionally, he serves as a member of the Board of Directors for the Dinosaurs 5th Quarter Alumni Association.

The success I have had as a position coach, defensive coordinator and head coach can be directly attributed to the support I have received from Marcello Rapini.

“The success I have had as a position coach, defensive coordinator and head coach can be directly attributed to the support I have received from Marcello Rapini,” expressed Dinos head Coach Wayne Harris, who has coached with Rapini for 16 years.  “The unselfish time and energy Marcello gives in supporting the University of Calgary Dinos Football program is most deserving of the recognition of the Gino Fracas Award and all that it stands for.”

Rapini has enjoyed a gridiron career which has spanned over 35 years as both a player and coach. After a stint with the perennial powerhouse high school team St. Francis Browns, he moved on to the Dinos as a freshman. Additionally, he was part of both the 1985 and 1988 national championship teams. 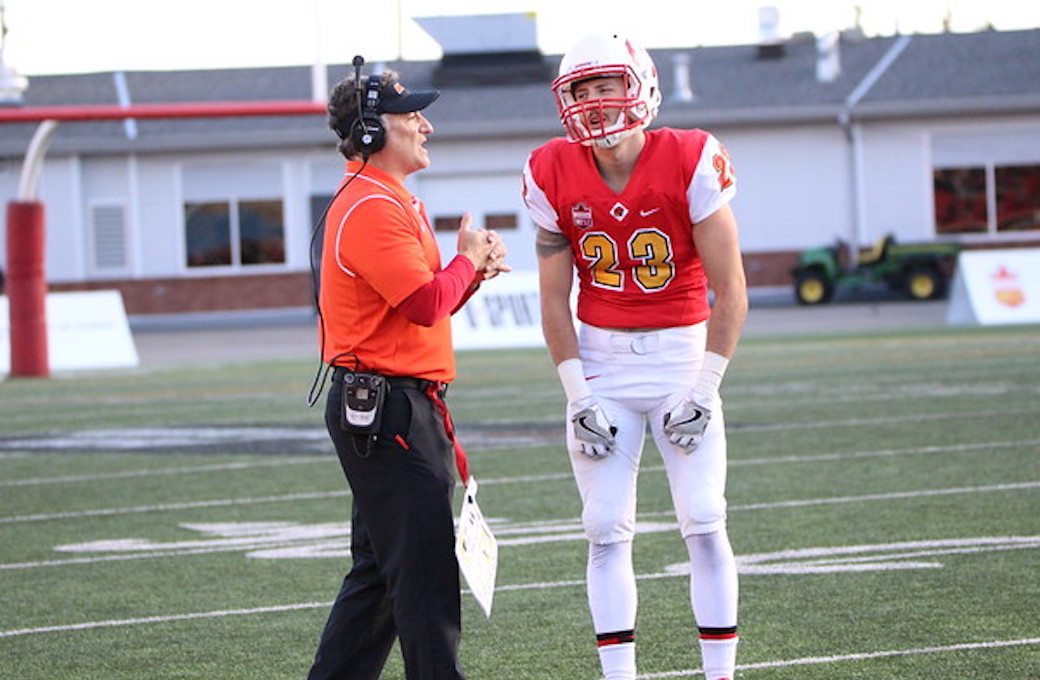 Once he completed his playing career, Rapini effortlessly transitioned into the coaching ranks.  He began that phase of his life with the Dinos as a defensive backs coach.  Immediately, the passion and intensity Rapino demonstrated on the gridiron was matched by his coaching style.

He is a technician of the position and holds his players to a high standard of accountability. This is evident in the results he has achieved through the recognition of excellence by many of the players he has coached.

Many players have been influenced by Rapini’s coaching as they strived for greatness and achieved recognition for their hard work along the way.  These include Canada West All-Stars and U SPORTS All Canadians Adam Laurensse and Hunter Turnbull.  Others realized their goals of making the CFL and NFL – Sam Hurl, Mike Edem, Jamal Knowles, Robbie Woodson, Denzel Radford and Eli Bouka.

“The relationship Marcello builds with these players and the standard to which he holds them has laid a strong foundation for their continued success in life after football,” Harris added.  “He has aided many former Dinos football players in establishing careers in the Calgary business community.”

Their success is a result of his mentorship both on and off the field and their continued relationships long after their university careers come to an end.

Playing an integral part on the Dinos defence, Rapini has been selfless when it comes to giving his time and dedication to the team.  He uses his holiday time that he earns from his job as Vice President of Marketing at Perpetual Energy in Calgary to attend training camp, travel with the team and provide support in game planning.  Moreover, Rapini gives up spending time with his family, especially his daughter and son, so the team is prepared to compete throughout the Canada West season. 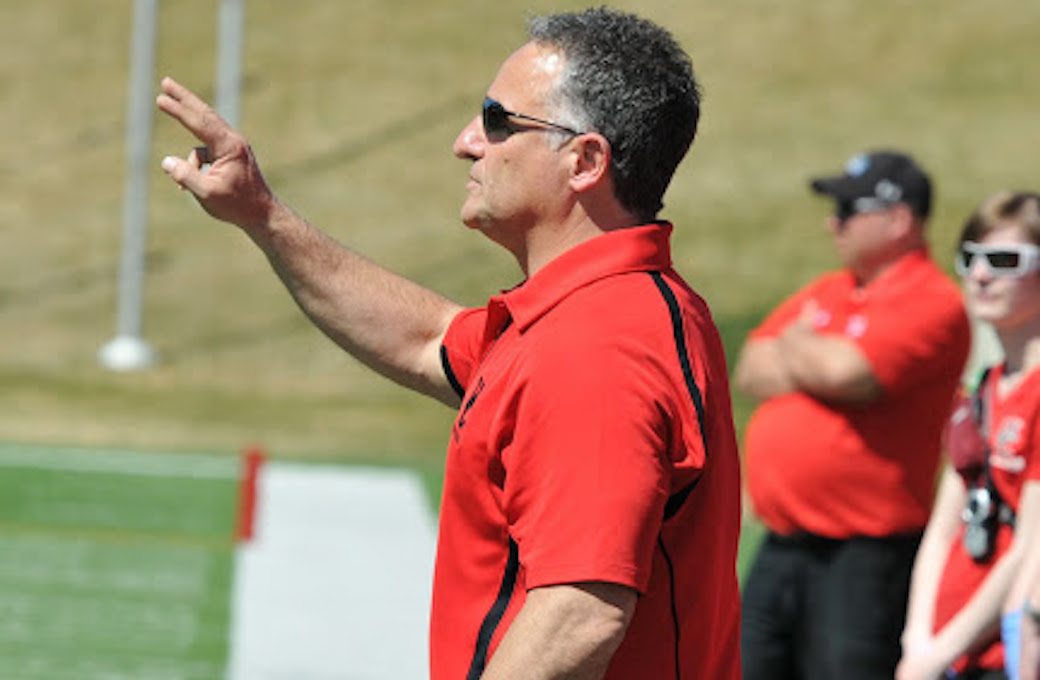 “Marcello is heavily involved in game planning and implementing the defensive coverage schemes in practice,” Harris emphasized. “He spends countless hours breaking down game film and supporting the development of a game plan with the defensive coordinator. He takes extra time to work with players on film study and practice to ensure they are well prepared for each opponent.”

Not only has Rapini excelled on the field, but also facilitates avenues for future coaches to succeed in the profession.  Completing his NCCP Level 1 and 2 certifications in 1989, the Dinos coach has presented on the topic of defensive back play at multiple University of Calgary-Football Alberta Coaching Clinics during the 1990s.  Furthermore, he has been a guest coach at CFL training camps for both the Calgary Stampeders and Saskatchewan Roughriders.

He has developed many defensive back coaches as grad assistants who have gone on to great success as head and assistant coaches at local high school programs. Marcello is always willing to meet with other coaches to help them develop skills and discuss coverage philosophies. His level of expertise coaching defensive backs in unsurpassed at any level including the professional ranks.

Away from the field, Rapini has been very active in fundraising as he established the LL Program where he singlehandedly raised $150,000 to support football operations in the its first year.

In 2010, the Dinos coach was the recipient of the 5th Quarter Distinguished Alumni Award for his contributions to the football program.

Rapini embodies what the Gino Fracas Award stands for as expressed by former Dinos defensive back Chudi Nzekwu.

Passion, dedication, loyalty and sacrifice. He had high standards – now I have high expectations.