The No. 2 Western Mustangs won their seventh national title and first crown since 1994 on Saturday, with a 39-17 victory over defending champion and No. 1 Laval Rouge et Or in the 53rd ArcelorMittal Dofasco Vanier Cup at Tim Hortons Field.

Western quarterback Chris Merchant (Calgary) won the Ted Morris Memorial Trophy as the game’s MVP, throwing for 276 yards and one touchdown through the air, while rushing for another 89 yards and two TDs.

It’s kind of surreal. I’m never been as proud of a group of players as these guys. Heart, character, great kids, easy to coach. This is outstanding. To be able to share this with these kids – unbelievable. We’ve got great leadership, outstanding students, outstanding athletes, outstanding people.

Western running back Cedric Joseph (Montreal, Que.) rushed for a pair of touchdowns while receiver Cole Majoros added a third score in what was Western head coach Greg Marshall’s first national title in his 18th season.

For Laval, quarterback Hugo Richard (Longueuil, Que.) tossed for 235 yards on 21-of-35 passing, while running back Vincent Alarie-Tardif and receiver Benoît Gagnon-Brousseau each added recorded touchdowns for the Rouge et Or, who failed to defend their title from 2016. 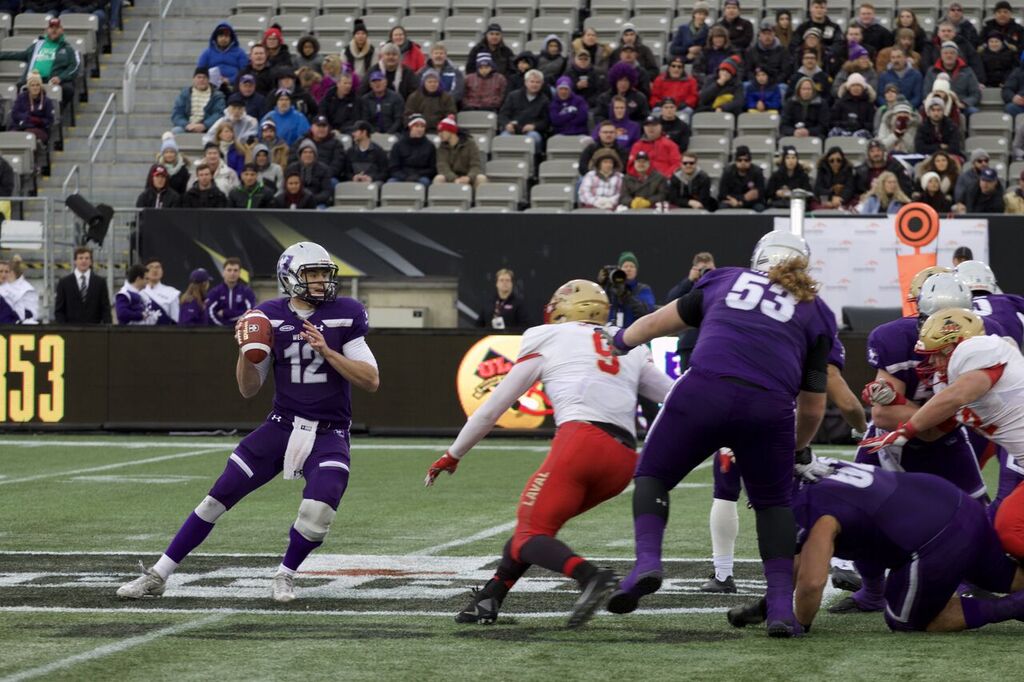 Western burst out of the gates in their 13th Vanier Cup appearance, scoring on a 13-yard run by Merchant on an eight-play, 84-yard opening drive. The defences took centre stage for the remainder of the first quarter as the Mustangs held an 8-0 advantage after the opening frame, picking up a single after a 65-yard Marc Liegghio (Woodbridge, Ont.) punt.

In the second quarter, Western utilized a steady ground attack to widen its advantage, with Joseph rumbling for a 12-yard touchdown with 5:49 left to give the Mustangs a 15-0 lead. A 15-yard unnecessary roughness penalty against Western led to a 28-yard touchdown pass from Richard to a wide-open Gagnon-Brousseau with 2:14 left before halftime, cutting the Rouge et Or deficit to 15-7.

A huge second down conversion, highlighted by a Harry McMaster (Niagara Falls, Ont.) catch, followed by a quarterback sneak on third down by Merchant, eventually resulted in a single off a missed field goal attempt as time expired in the second.

Western held a 314-145 advantage in yards and 16-7 lead at halftime, but were penalized eight times to Laval’s two.

In the third quarter, the Mustangs executed another impressive opening-drive march, capped off by a second Joseph touchdown, this one a six-yard run, extending Western’s lead to 23-7. The advantage grew to 25-7 after Laval conceded a safety with seven minutes left in the third. 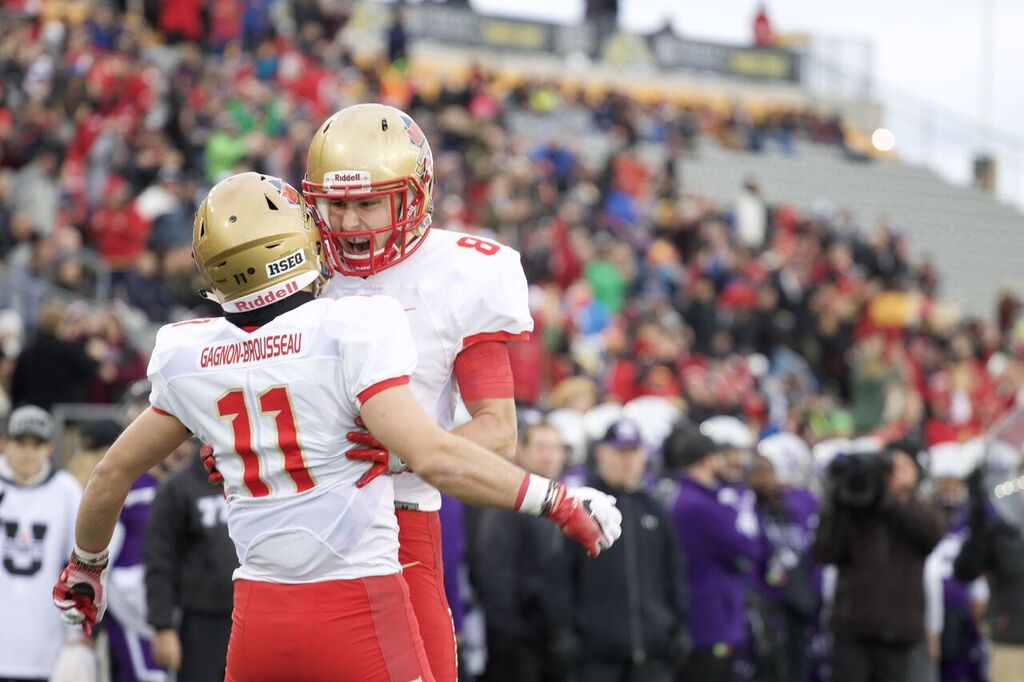 A third-down gamble by Laval in Western territory with 3:06 left in the third paid off with a first down, but the Rouge et Or had to settle for a 34-yard field goal by David Côté after a dropped pass in the end zone the play before, making the score 25-10 after three quarters.

The country’s most prolific offence – one that averaged 48.3 points and 608.5 yards per game this season – opened up the fourth quarter with another polished drive, culminating in a 32-yard touchdown pass from Merchant to Majoros.

Merchant added a second running touchdown, a 10-yard dash, to make it 39-10 Western with 7:08 left on the clock. Laval responded with a one-yard touchdown run by Alarie-Tardif with eight seconds left to close out the scoring.

Western, who finished the year 12-0, also became the first team since Laval (2013) to go undefeated and win the Vanier Cup.

It’s awesome. I’ve been here five years and we went through some downs, but this is a pretty big up. We (defence) did play pretty well. We really felt like the defence was going to win this game.

Just trying to take it all in, this is amazing. We had our goal at the beginning of the year and it’s so amazing that we got it done. We worked so hard for this, we deserve this.

NOTES: This was Western’s first win over Laval in their third attempt…They lost 44-21 to the Rouge et Or in the 2008 Vanier Cup (at Ivor Wynne Stadium in Hamilton) and 13-11 in the 2010 Uteck Bowl…The Mustangs playoff run also included a 66-12 win over Guelph, a 75-32 triumph against Laurier in the Yates Cup and an 81-3 victory versus Acadia in the Uteck Bowl…Western’s defence had four sacks and allowed 277 yards in offence. 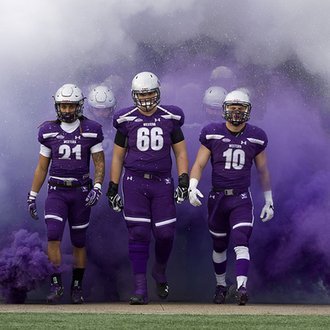 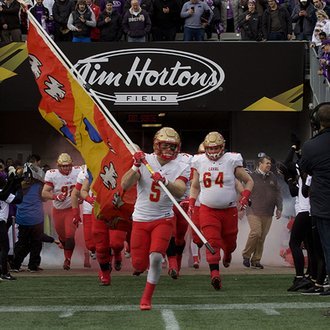 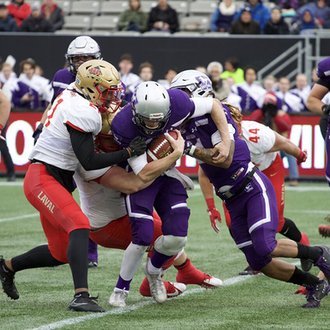 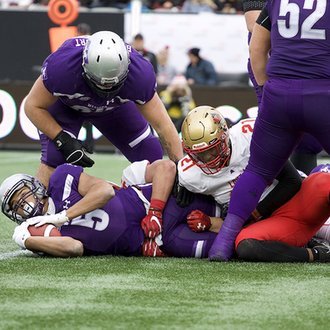 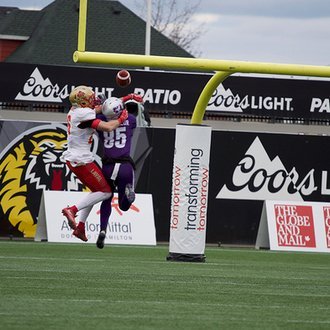 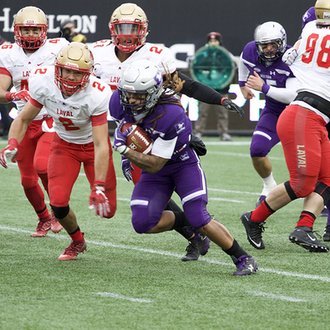 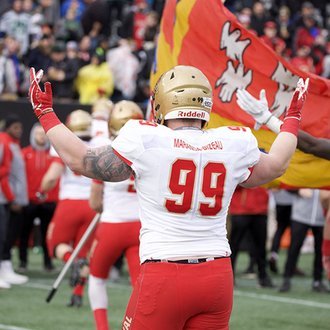 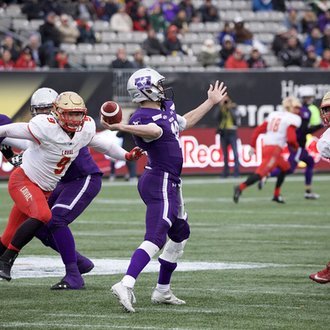 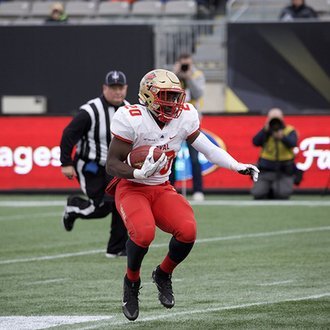 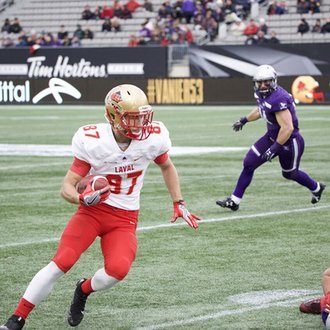 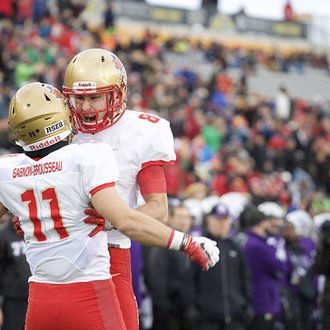 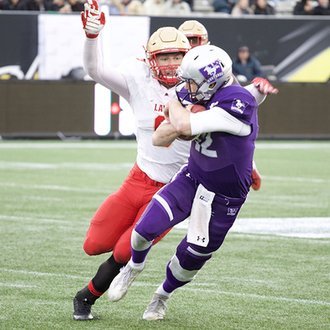 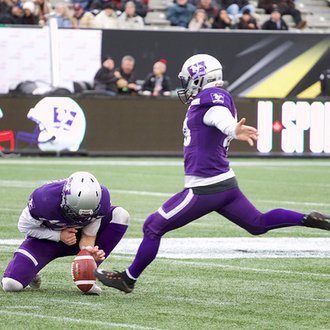 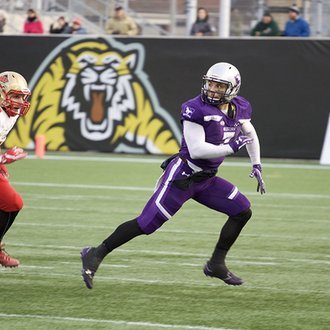 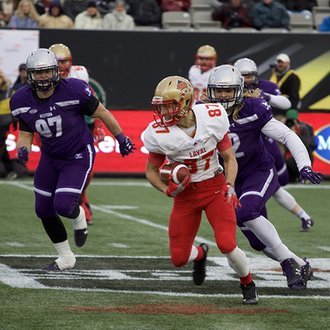 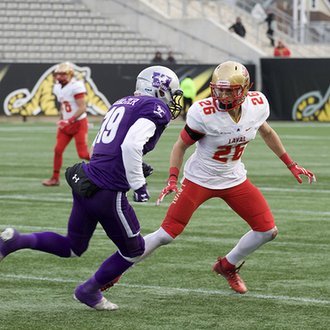