Waterloo running back Dion Pellerin, Saint Mary’s defensive back Jordan Angove and Montreal kicker Louis-Philippe Simoneau are the U SPORTS Football Players of the Week, for the period ending Sept. 8, 2019.

The Waterloo Warriors needed every bit of offence they could muster in what turned out to be a shoot out with the Windsor Lancers, and Dion Pellerin did all he could and then some to play his part for the black and gold to come out victorious.

Simply put, Pellerin was a beast for the Warriors, as he anchored the ground game in the team’s come-from-behind 45-42 win in OUA action on Saturday. The fourth-year running back amassed 200 yards on the ground, including a 69-yard touchdown that opened the second half scoring and gave the Warriors the three-point edge at the time. The production didn’t stop on the ground; however, as Pellerin also made his presence felt in the team’s aerial attack. The geography major reeled in a pair of receptions for 16 yards, including an eight-yard major in the final frame that once again gave his team the lead.

With Saturday’s performance, Pellerin now leads the nation in rushing yards per game at 156.5.

The Huskies downed the Bishop's Gaiters 30-13 in their home opener in AUS action Friday night in Halifax, N.S. Angove, a third-year commerce student from Prince George, B.C., had two interception returns in the win, including an 85-yard interception return for a touchdown in the final minute of the game.

He also chipped in with two solo tackles and two assisted tackles. 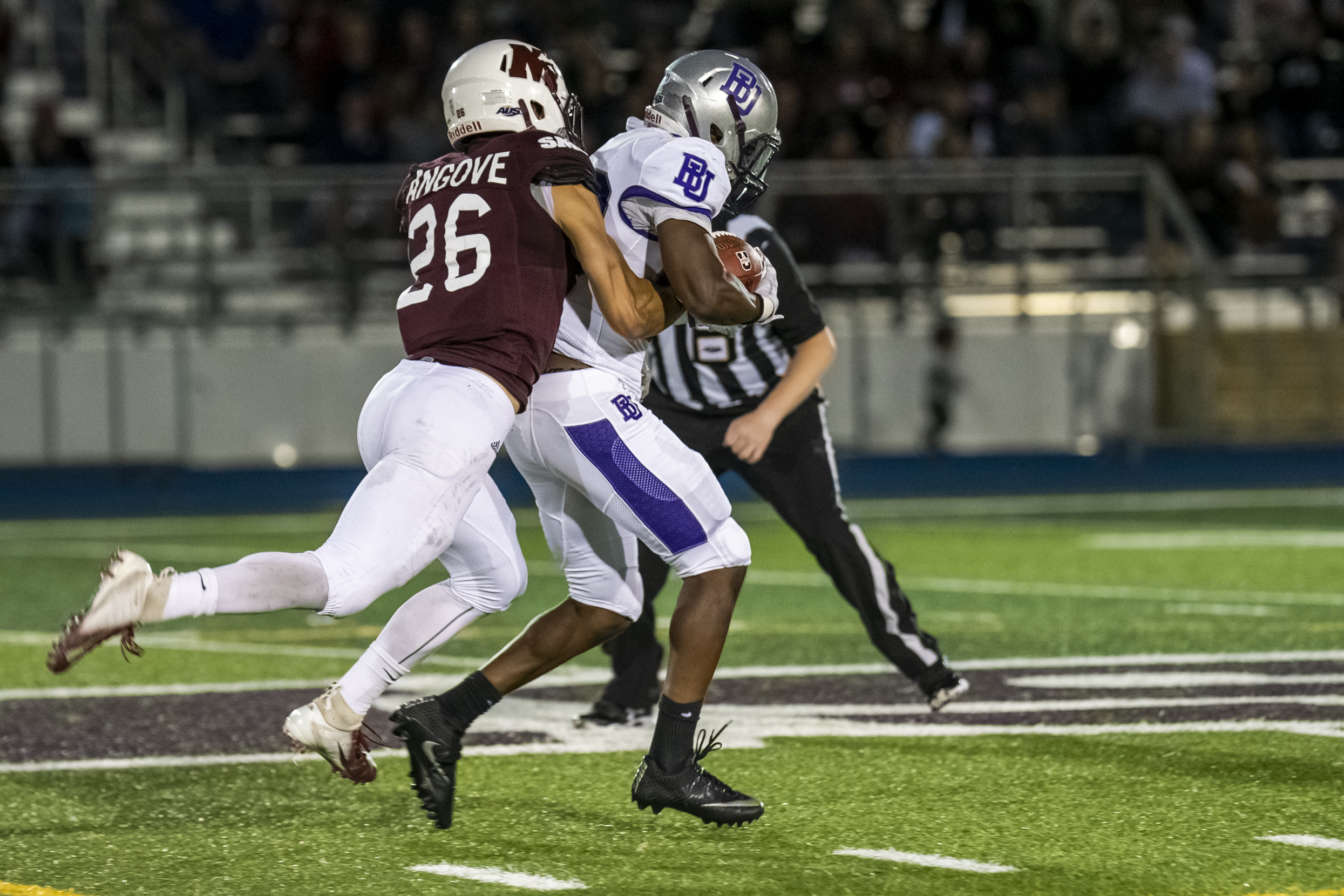 Kicker Louis-Philippe Simoneau, an occupational health and safety student, had his fair share of the offensive production in the Carabins’ 34-4 RSEQ victory over McGill with six field goals, including a 47-yard effort. He also completed a trick play in the fourth quarter on a 54-yard field goal attempt. On that perfectly executed play, Marc-Antoine Dequoy picked up the ball to keep his team’s offensive unit on the field. 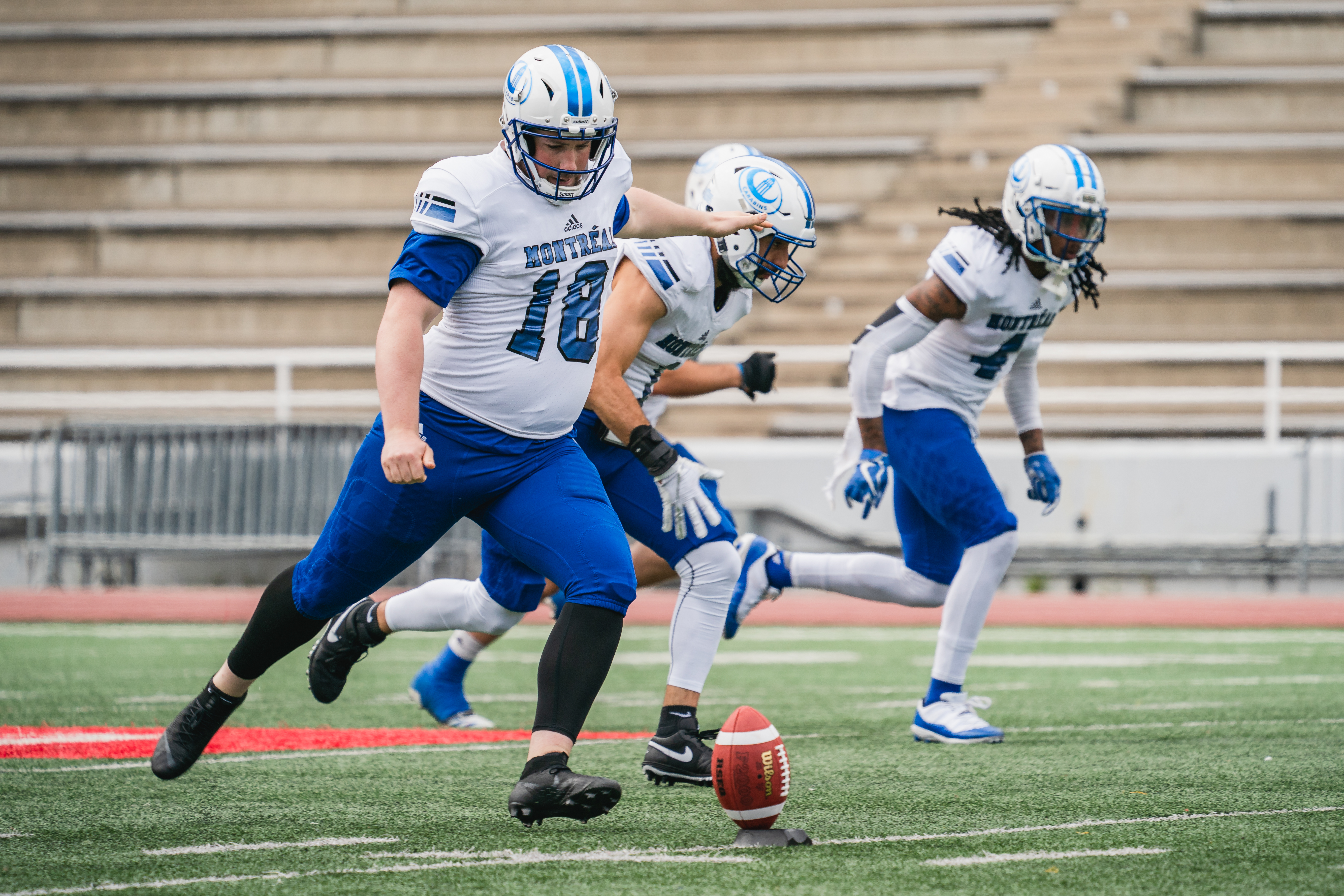