After a week’s absence, the Trinity Western Spartans have retaken the top spot in the U SPORTS women’s soccer top 10 rankings for the week ending October 10, 2021. 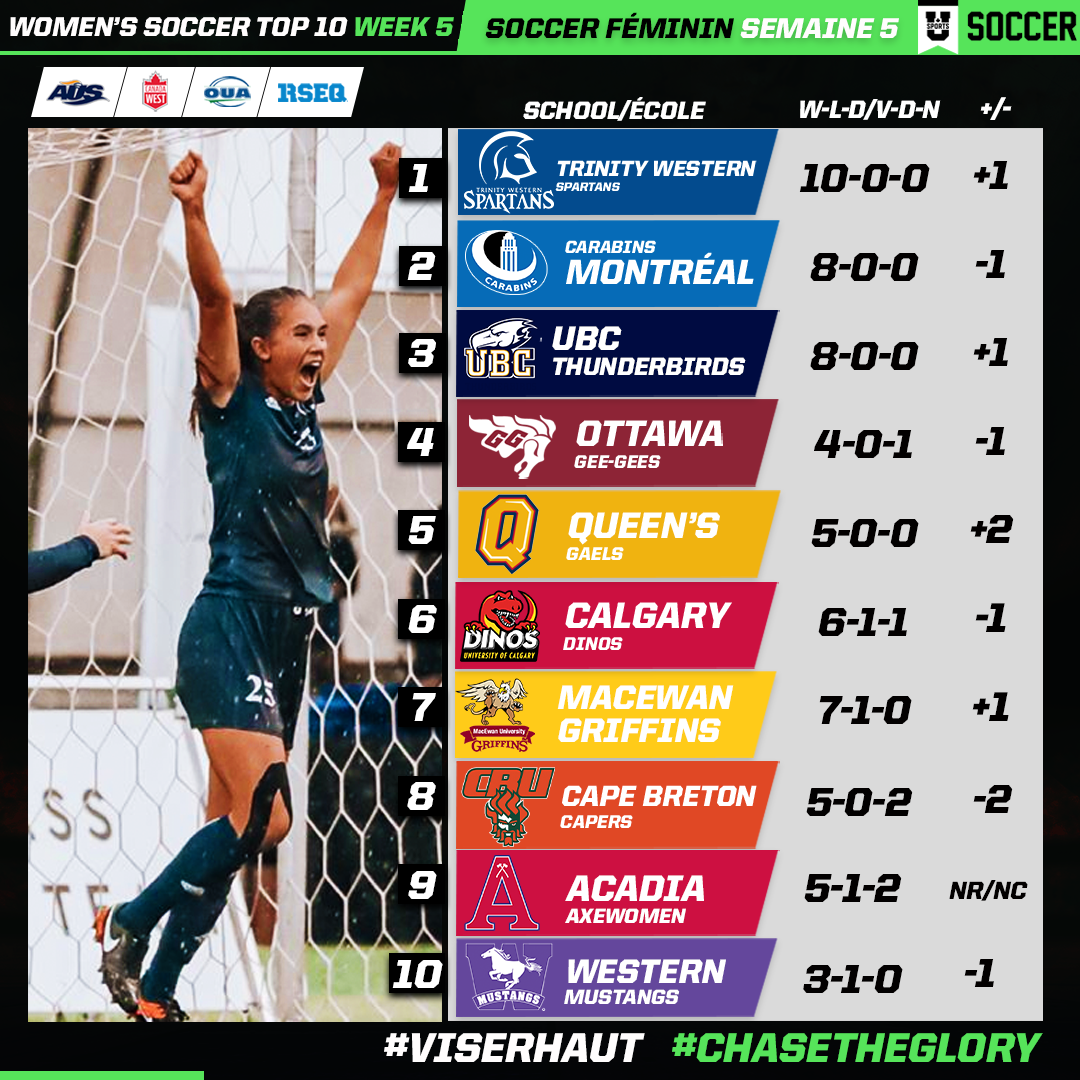 The Spartans regained the No. 1 ranking in Canada by improving to 10-0-0 with back-to-back shutouts over the previously No. 10 Victoria Vikes (4-2-2). The Spartans did not allow a shot on target in a 3-0 shutout on Friday night, while only allowing four shots against on Saturday in a 1-0 victory.

As Victoria fell out of the rankings, the Acadia Axewomen (5-1-2) move into the Top 10 for the first time since 2019 after blanking the Dalhousie Tigers 1-0 on Friday. 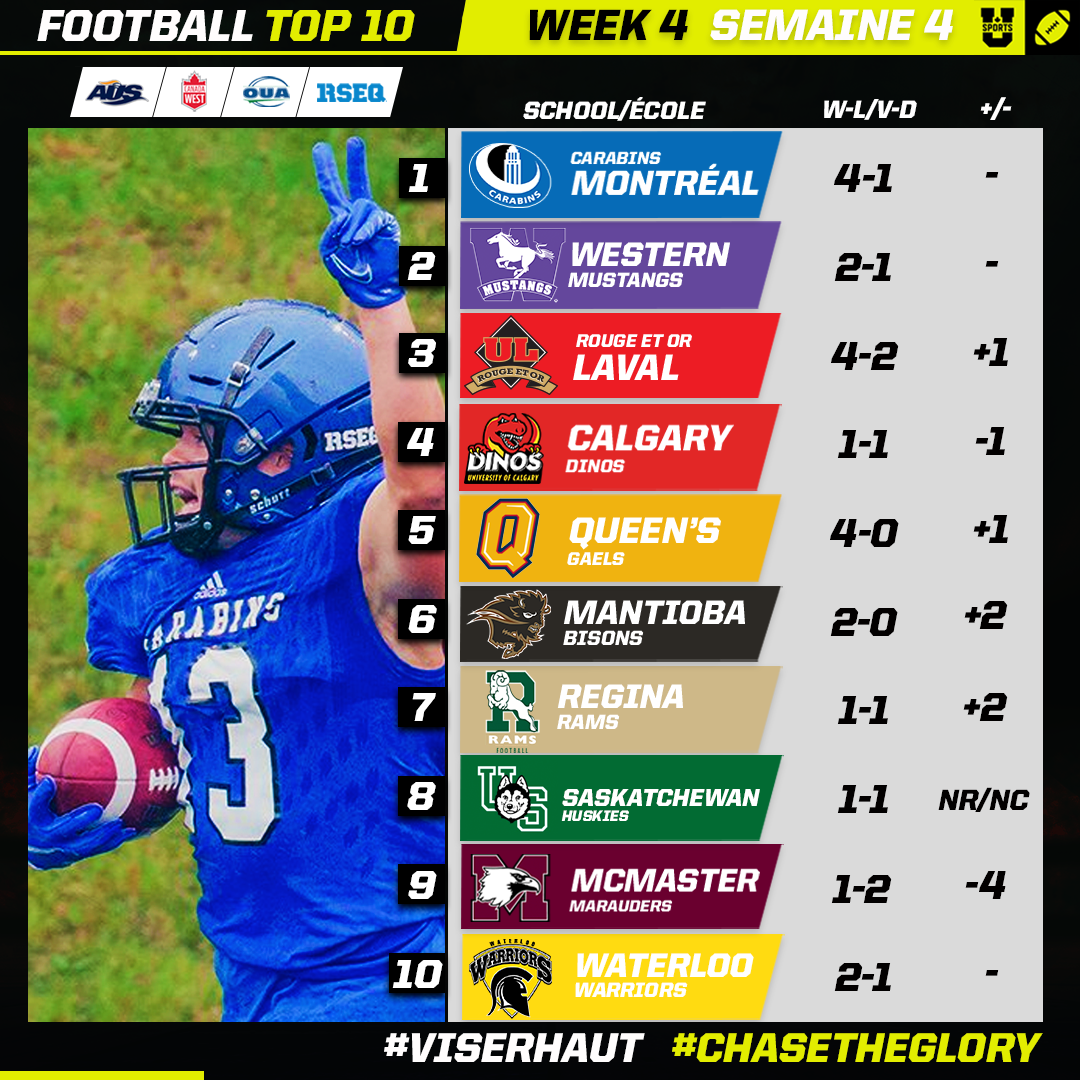 The Université de Montréal Carabins (4-1) were on idle this week but maintain the top ranking in football while the Laval Rouge et Or (4-2) moved to third in Canada with a convincing 36-10 victory over the Concordia Stingers (3-2) on Sunday. 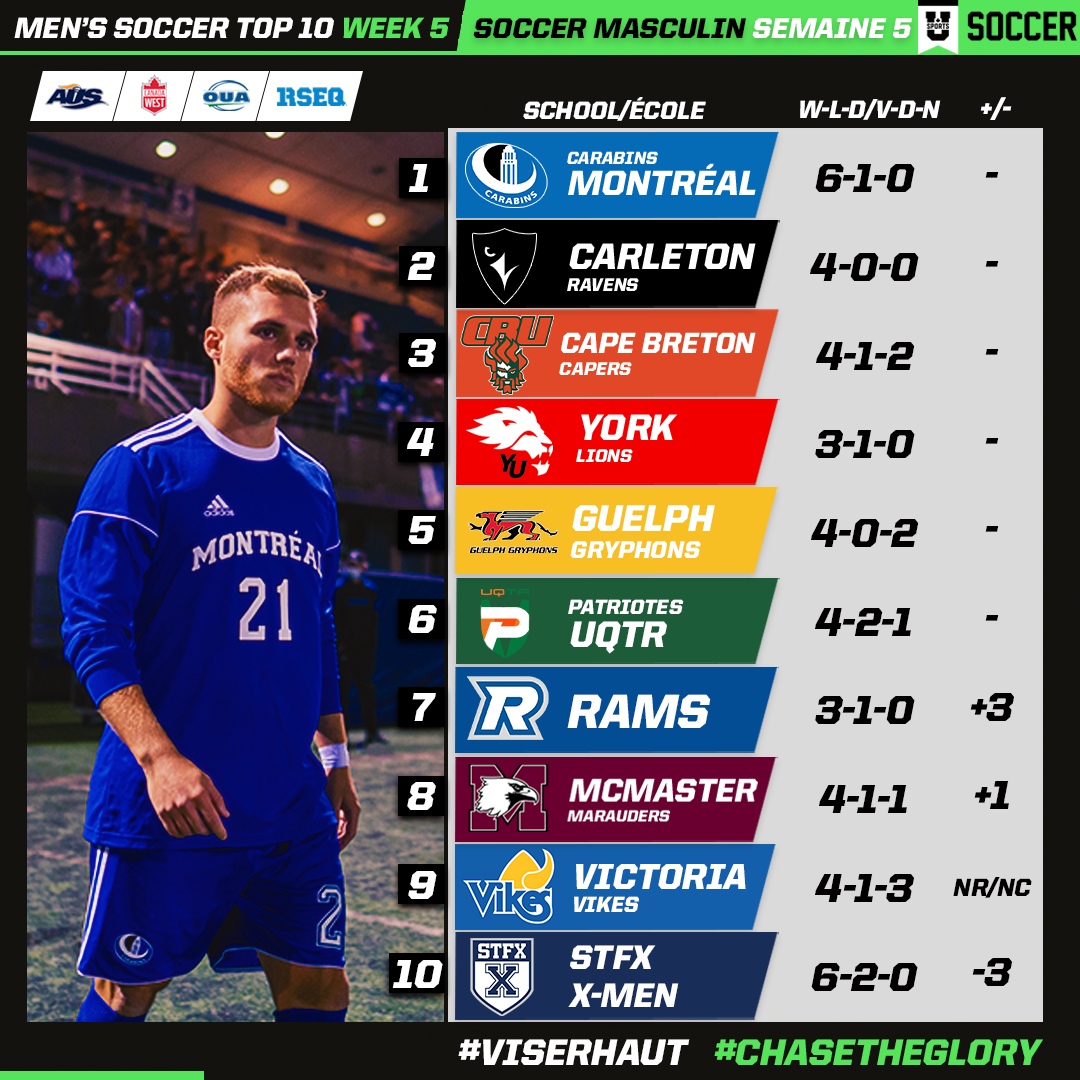 In men’s soccer, the Carabins (6-1-1) retained the top ranking in Canada despite suffering their first loss of the season, a 1-0 upset, at the hands of the unranked Concordia Stingers (3-1-3). 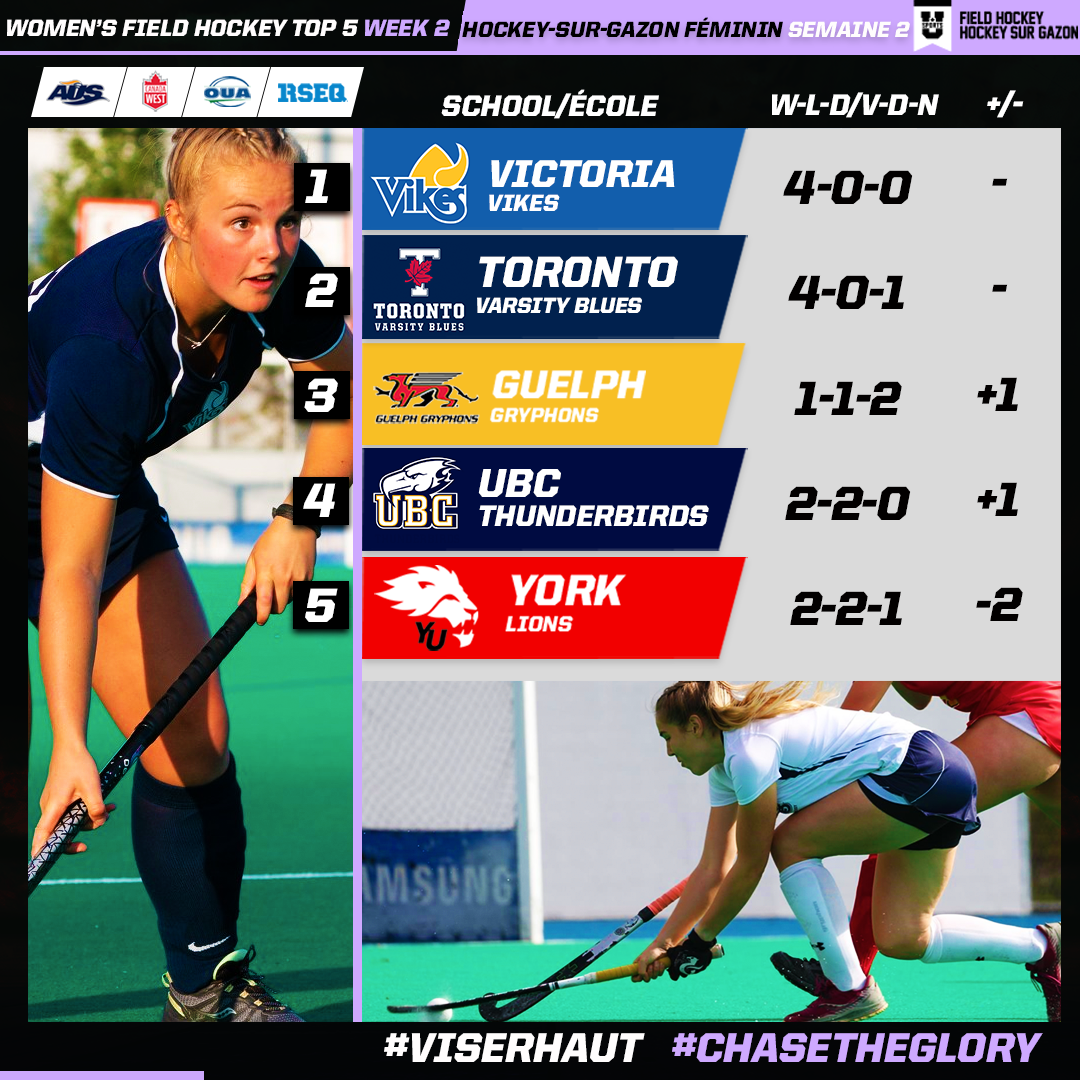 The two-time defending U SPORTS champion Victoria Vikes (4-0-0) are still the team to beat in U SPORTS field hockey national rankings, followed by the Toronto Varsity Blues (4-0-1) and Guelph Gryphons (1-1-2). 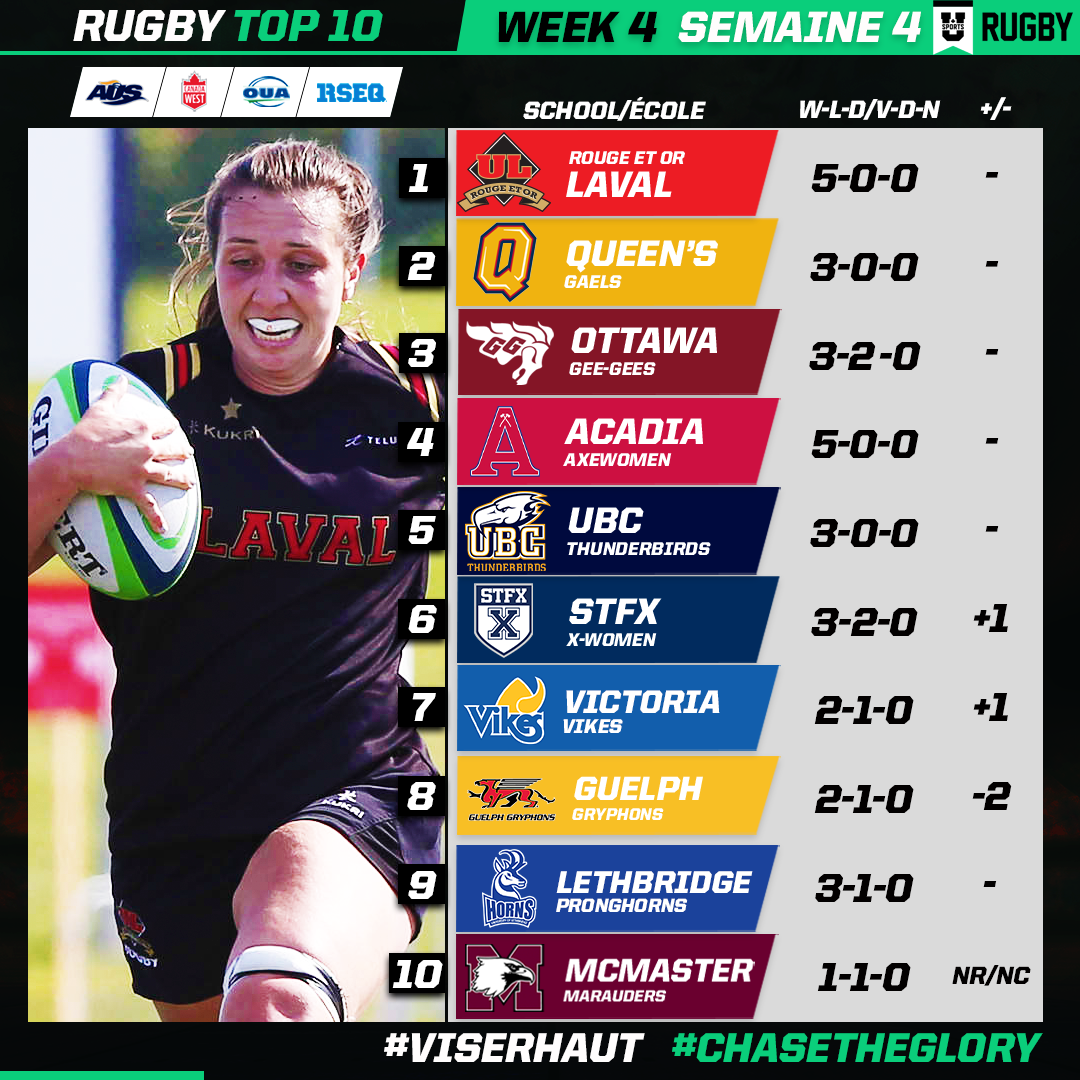 Université Laval remains the number one team in Canadian university women’s rugby with a 5-0-0 mark in 2021. The McMaster Marauders (1-1) enter the top 10 for the first time in 2021 at the number 10 position in the polls. 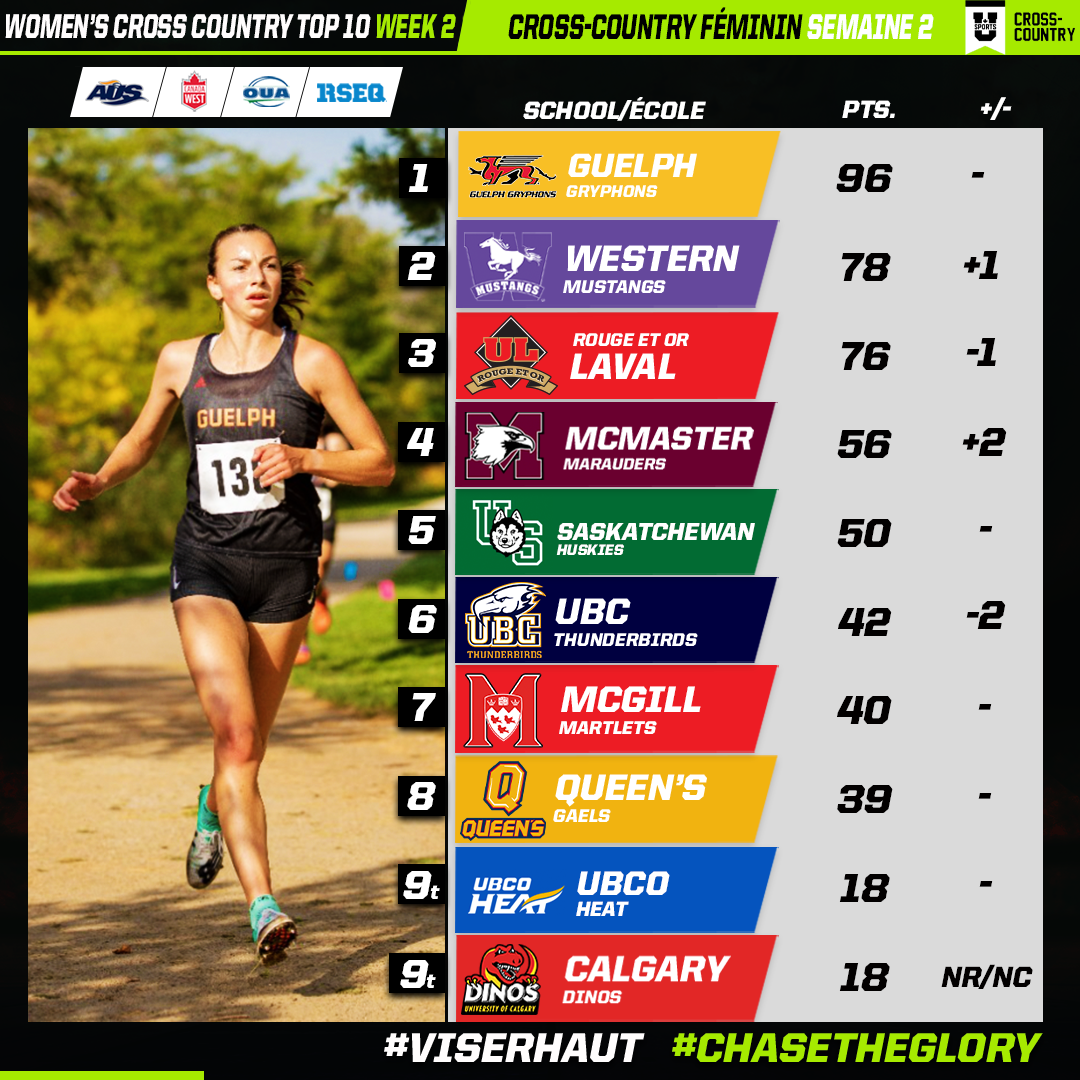 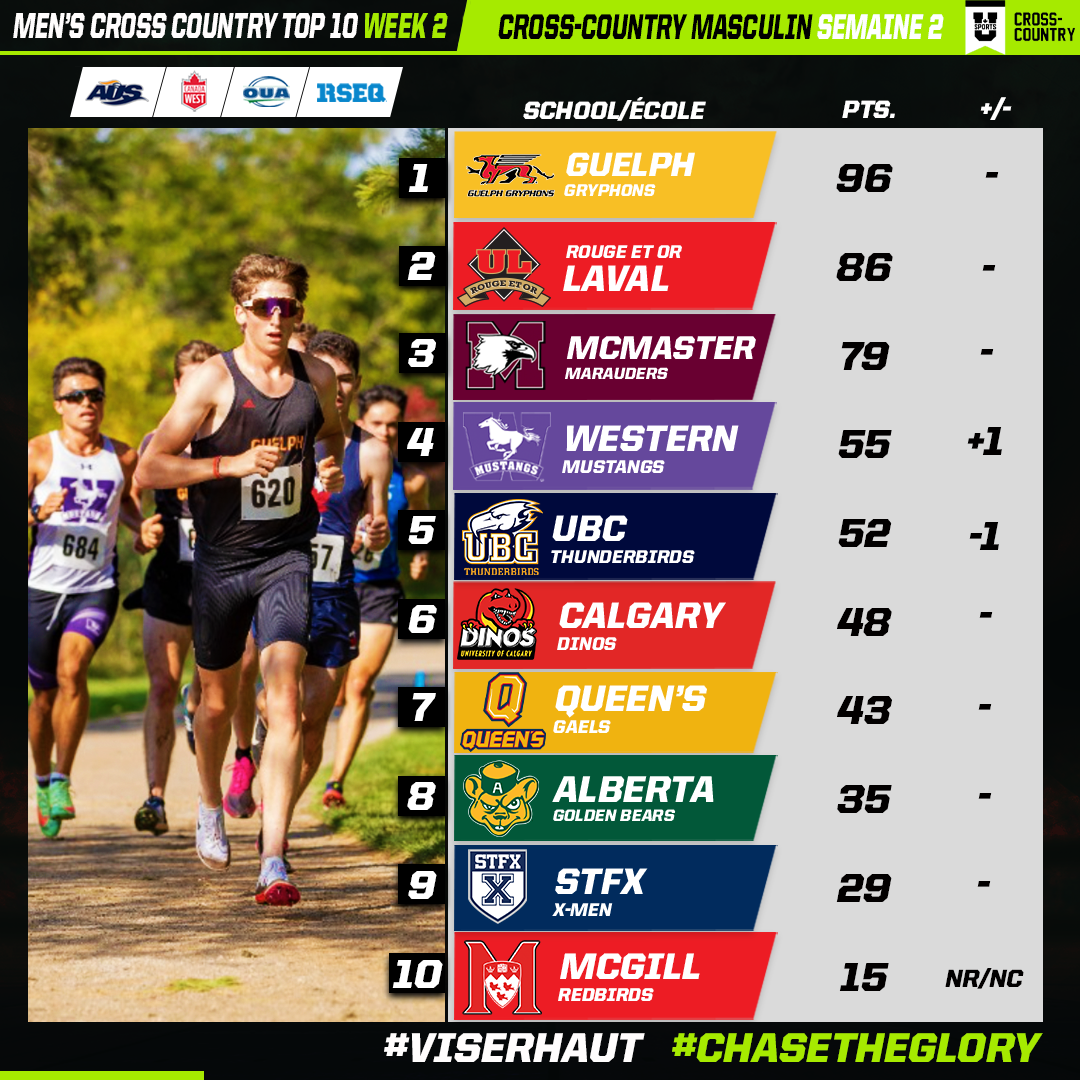 U SPORTS uses the ELO Rating System and select media panels for the calculation of its weekly national rankings. ELO’s unique algorithm blends a statistical calculation with customized variables that is adaptable across a range of sports.