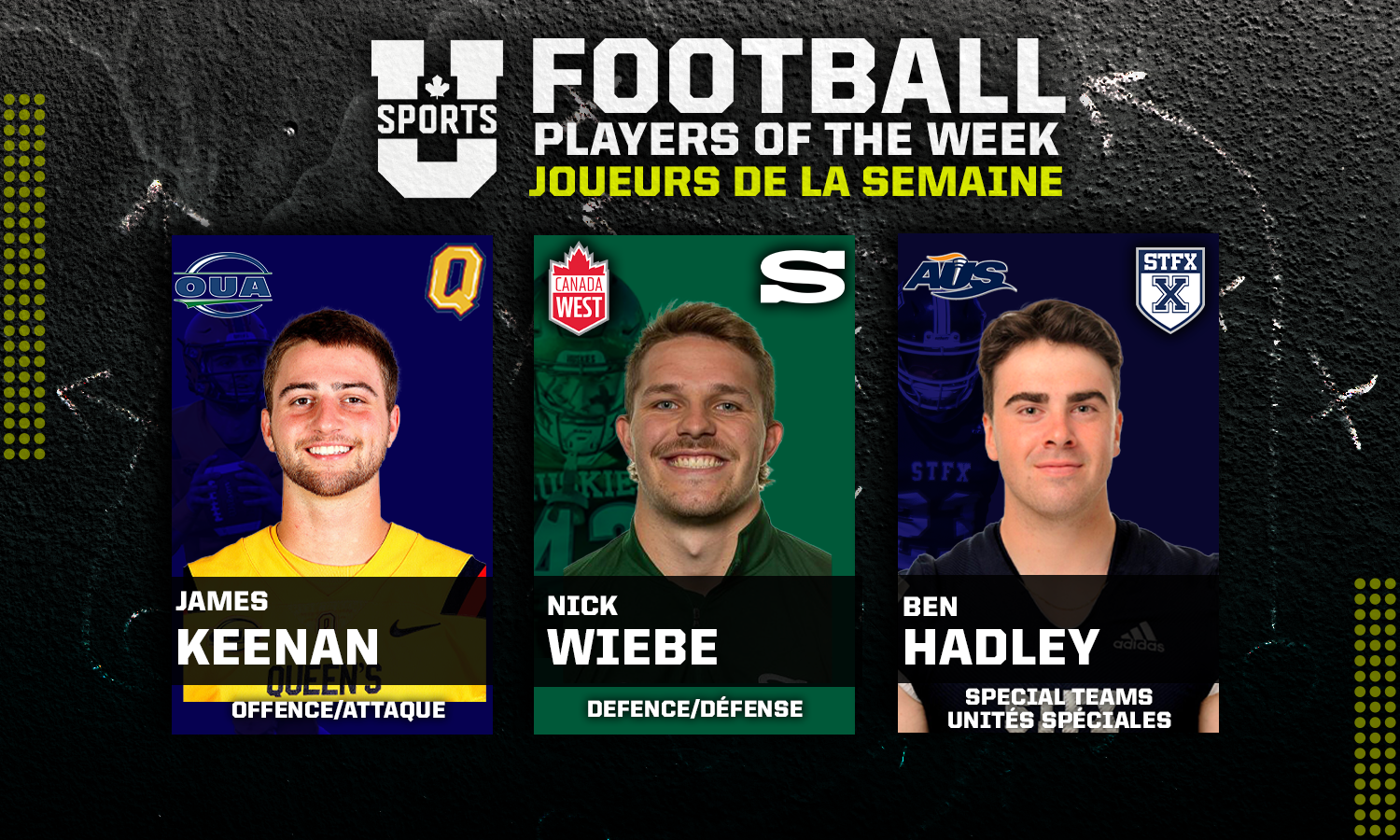 Efficiency and productivity were at the forefront of James Keenan’s play against Carleton, as the pivot produced a potent performance for the victorious No. 4-ranked Gaels. Keenan threw a 42-yard touchdown pass on the Gaels’ second play from scrimmage and added three more touchdown passes as Queen’s cruised to a 49-17 win over the Ravens.

In addition to the four touchdowns, Keenan racked up 364 yards through the air on a sizzling 86.3 completion percentage (19-for-22) as the Gaels improved to 3-1 on the season.

Nick Wiebe had his eye on perfection in Regina. The linebacker posted a game-high seven tackles (6 solo) to boost the No. 2-ranked Huskies up over the No. 6-ranked Rams on Saturday night.

In what was truly a titanic defensive struggle, Wiebe was able to reel the then-unbeaten Rams in as his team held them to just 10 points. Every play was essential in the 11-10 affair.

Wiebe made a game-changing play in the third, climbing the ladder to deflect a pass down the middle that the Huskies picked off and grabbed possession. That play led to a Huskies score and their first lead of the game. The Rams battled back, but Wiebe and the Huskies didn't allow them much, setting themselves up for a game-winning kick in the final moments.

Ben Hadley kicked four field goals and one extra point on Saturday, contributing 13 points to the X-Men’s 21-16 victory over the Bishop’s Gaiters. His field goals came from 17, 39, 47 and 38 yards out, all in the first half, giving STFX a 19-1 halftime lead.

Hadley also had eight punts in the game for 290 yards and three kick-offs for 185 total yards. The STFX X-Men improved to a 3-0 record on the season, tied for first place in the conference.

Western holds firm at No. 1, Alberta cracks Top 10 in football