As the U SPORTS Men’s Hockey All-Stars competed against Hockey Canada’s World Junior Prospects this past week, the team paid tribute to one of their leaders who was recently lost.

Sirman served as the team’s GM in both December 2017 and 2018, working closely with the U SPORTS national office, head coaches Brad Peddle (StFX) and Mark Howell (Calgary), as well as Hockey Canada.

A U SPORTS and OUA men’s hockey alumni himself, Sirman played for the Queen’s Gaels while earning his BA in economics. He later had a brief semi-pro career in France, before moving into management as a GM, coach and scout.

Current Queen’s men’s hockey head coach Brett Gibson – who served as an assistant coach with this year’s all-star team and was the team’s bench boss himself in 2016 – has a long-lasting relationship with the Sirman family and their connection to Kingston, Ont., and U SPORTS hockey.

“Graham is a friend of mine first and foremost. I’ve known him a long time,” said Gibson, who is in his 14th season with the Gaels. “You have somebody who’s an advocate for U SPORTS, where he really does see the value. He’ll be missed for sure, but he won’t be forgotten.”

Sirman, a Kingston native was also a practicing lawyer, with educational ties to three other U SPORTS member institutions, including Saint Mary’s (MBA), Western (LLB) and York (LLM) – where he graduated from Osqoode Hall Law School. He opened his own law practice in 2002.

Sirman is survived by his wife Alison, and sons William, 20, and Thomas, 14. Both have followed in their father’s hockey footsteps. William is currently in his rookie season with Queen’s playing under Gibson, while Thomas plays for the Toronto Jr. Canadiens in the Greater Toronto Hockey League (GTHL).

Alison, William and Thomas were honoured prior to Wednesday night’s opening game against Canada’s World

Junior Prospects, where they conducted the ceremonial puck drop and received a signed jersey. The U SPORTS All-Stars also paid tribute to Sirman by wearing “GS” helmet decals throughout the series.

“This event shows how much Graham really put into this program and the U SPORTS game,” said Gibson. “The players get better and better and U SPORTS does a wonderful job of accommodating us and making it a pro-environment for these kids.” 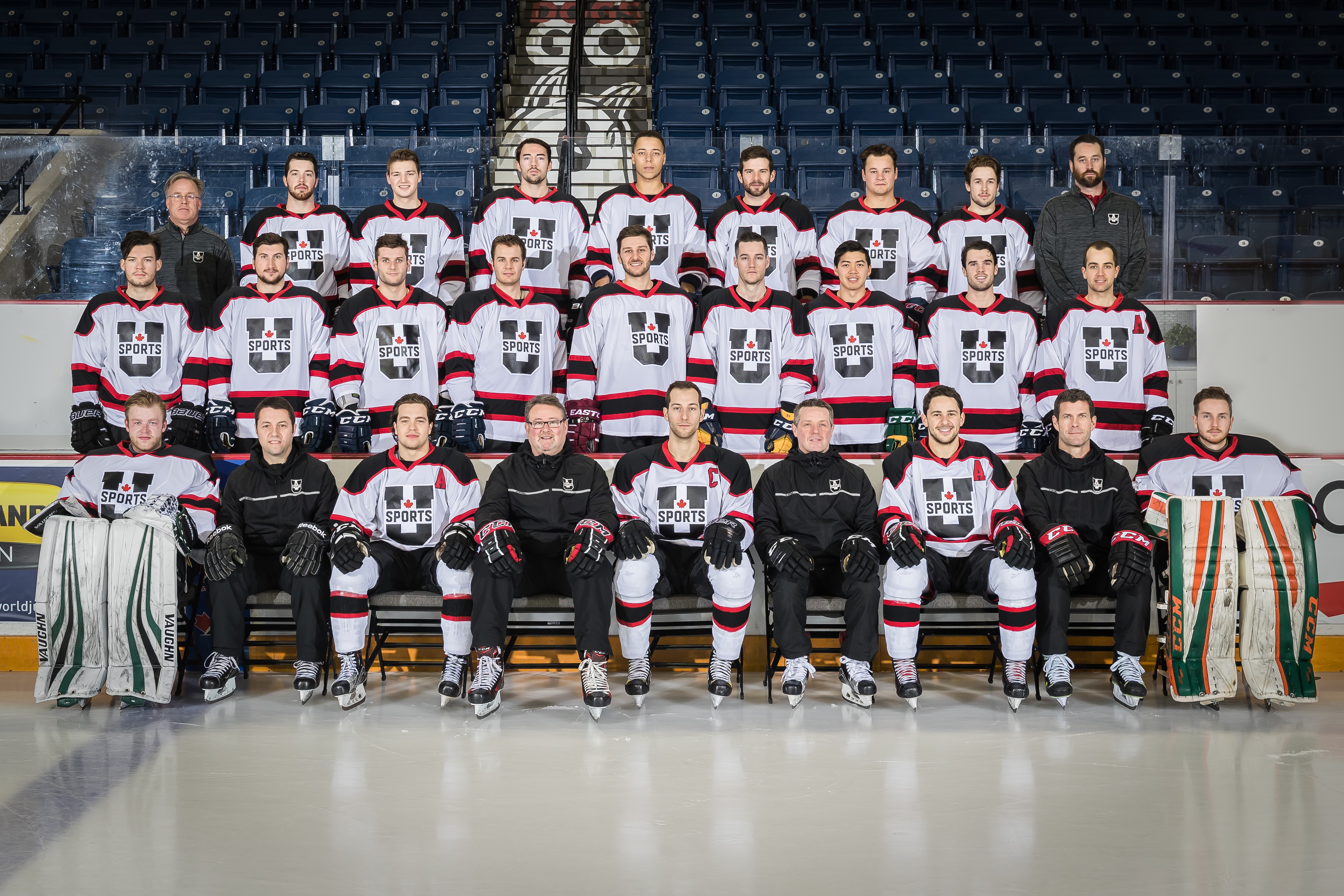