The York Lions men’s soccer team is now ranked No.1 after a hard-fought win and tie against the perennial powerhouse No.4 Carleton Ravens.

In a possible playoff preview, the Carleton Ravens (5-1-3) and York Lions (6-1-1) faced off with a pair of heavyweight matchups as the two squads played a pair of spirited games this past weekend.

In the first of the two games held in Toronto, York topped the Ravens 2-0, with goals coming from Soji Olatoye in the 24th minute and Omar Marzouk in the 43rd minute.

In their second match, Goalkeeper George Tzimas made an astounding 13 saves, keeping the game level despite immense pressure from Carleton to draw the Ravens 1-1. 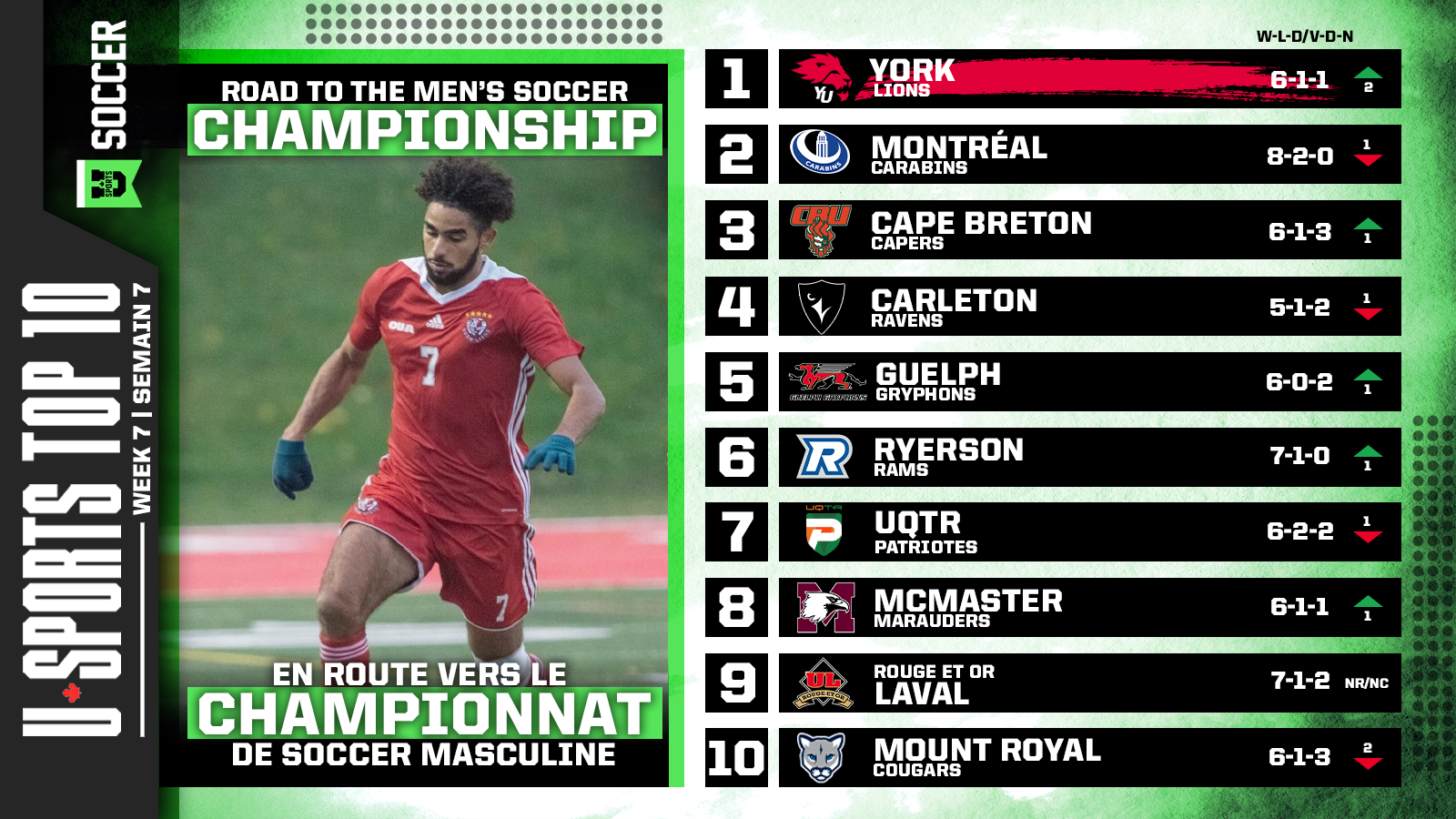 On the women’s soccer side, the No.1 Trinity Western Spartans (11-0-1) were idle but remain as the team to beat heading into the Canada West Playoffs. Trinity Western led by fourth-year forward Anna Dunn will take on the Victoria Vikes (4-5-3) on Saturday, October 30th at 5:00 PM PT. 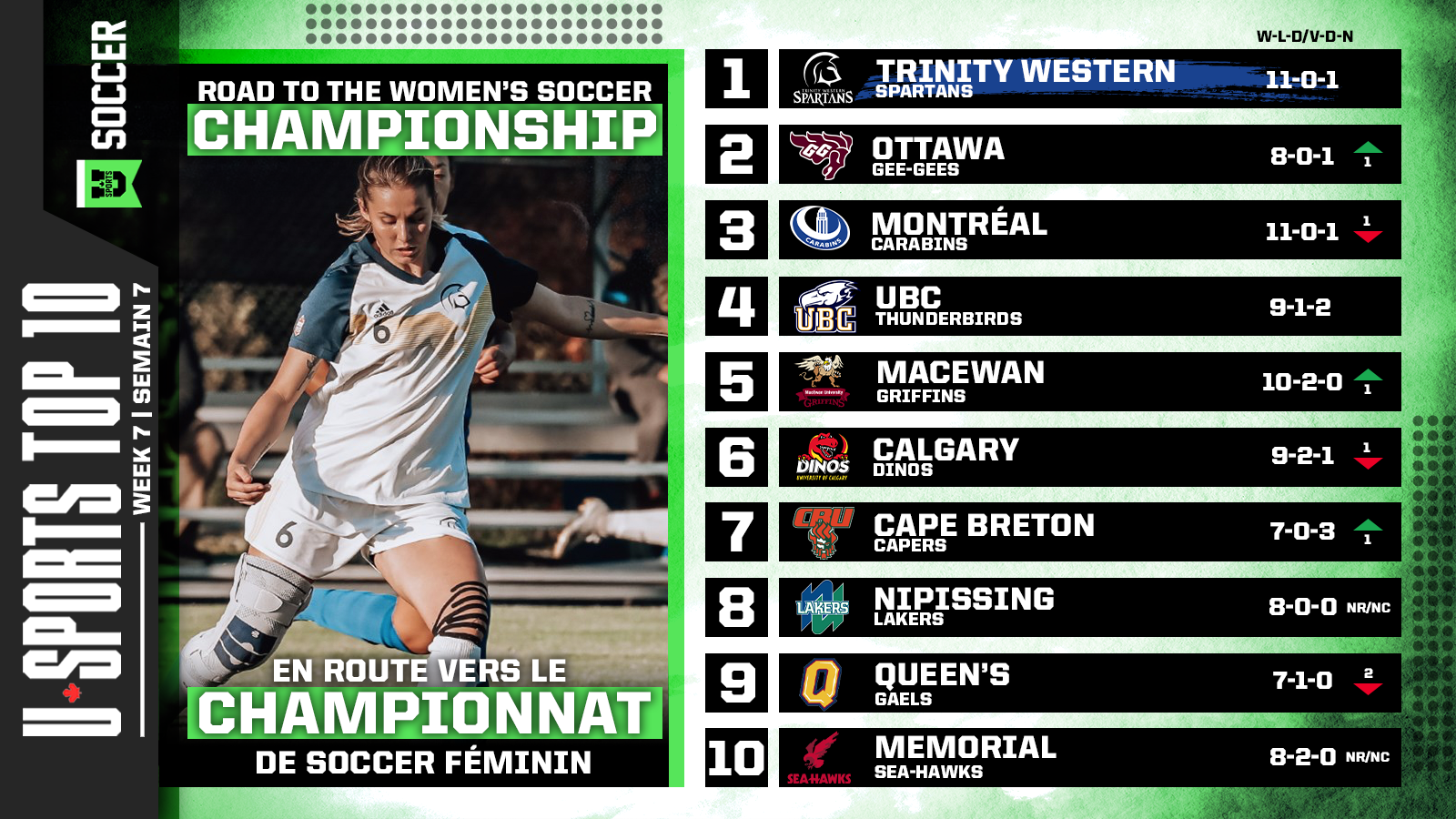 In men’s cross-country, Laval Rouge et Or now moves up to No.1 ahead of the RSEQ Championship at the plains of Abraham. In their last meet, Laval had three runners land on the podium, with first-year student-athlete Thomas Fafard taking gold. 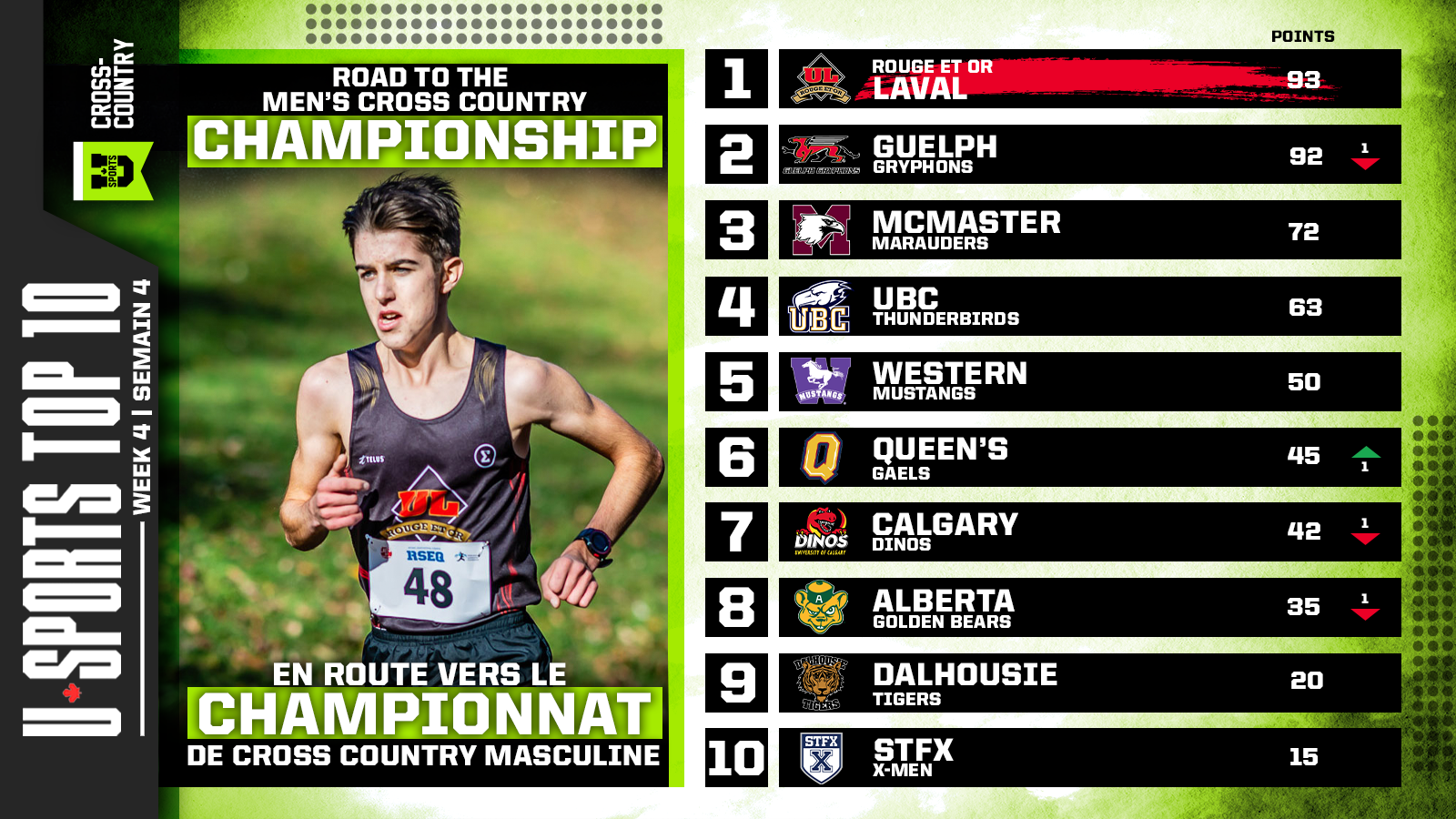 In women’s cross-country, No.1 Guelph Gryphons remain the top seed as Kiana Gibson headlined another strong performance as the Gryphons finished first overall in team rankings at the Marauder Invitational. 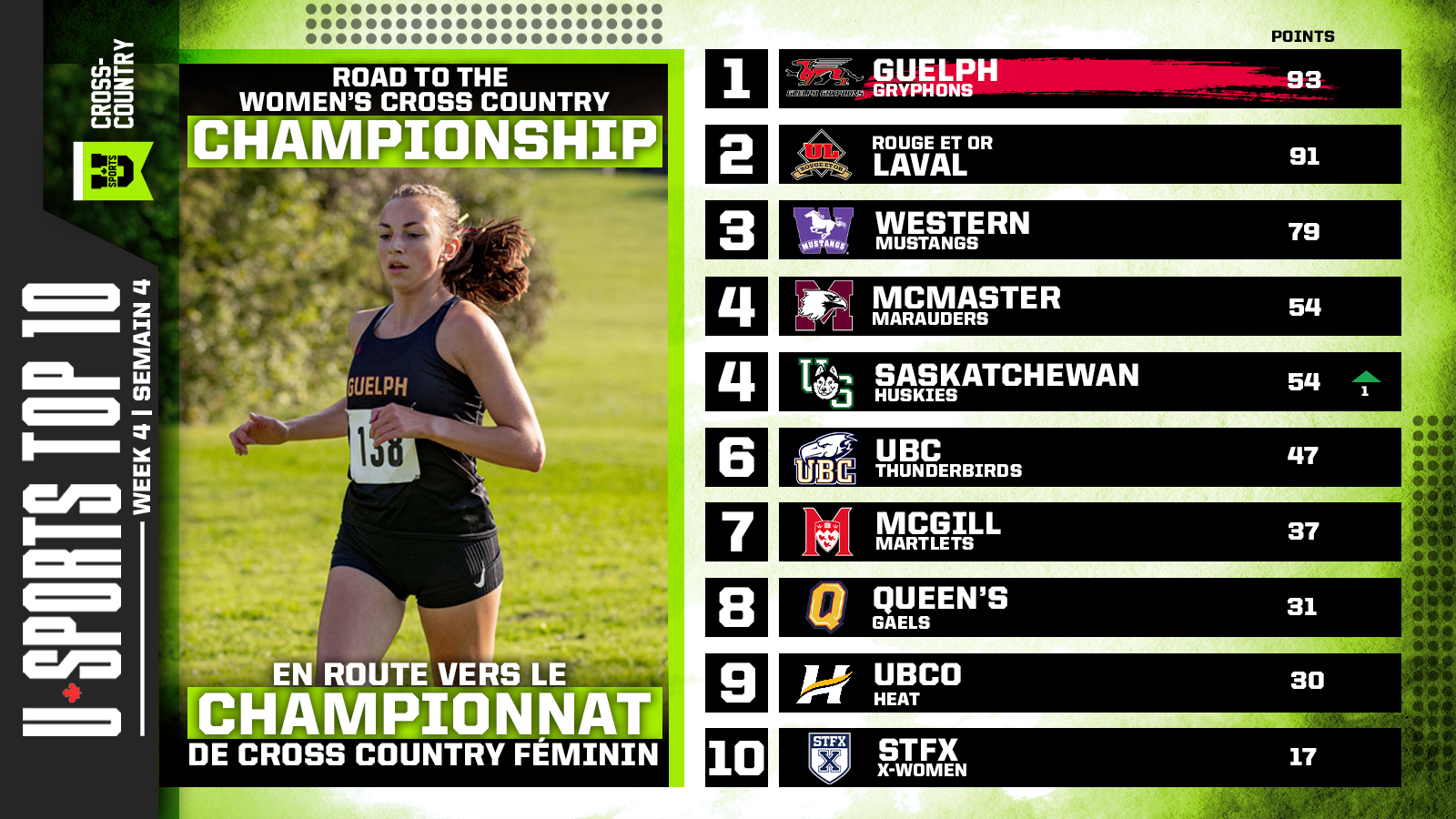 In OUA football, the Queen’s Gaels (6-0) climb to No.3 after defeating the Ottawa Gee-Gees (2-3). The Gaels sit comfortably atop the OUA East standings after going undefeated in the regular season. 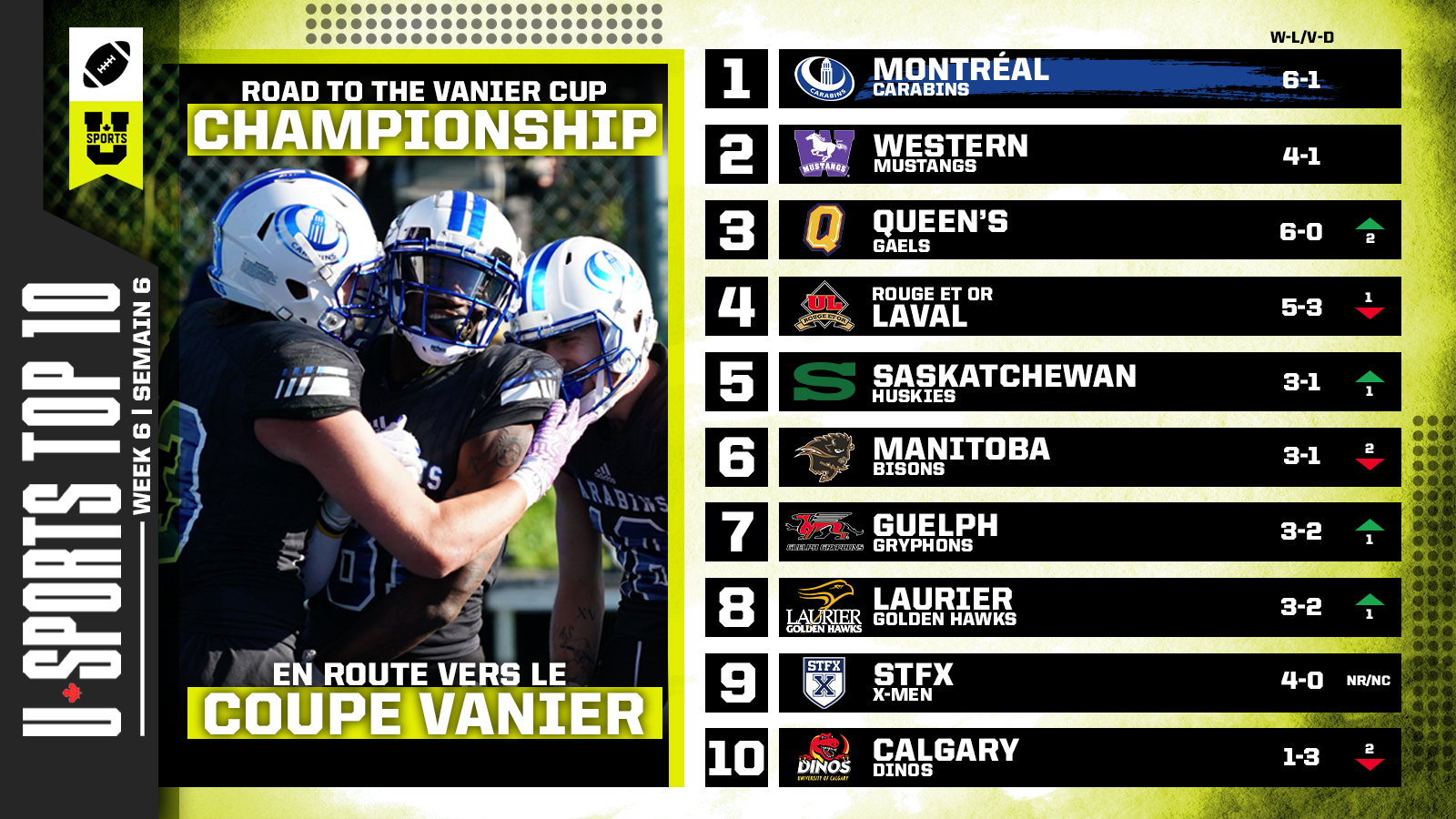 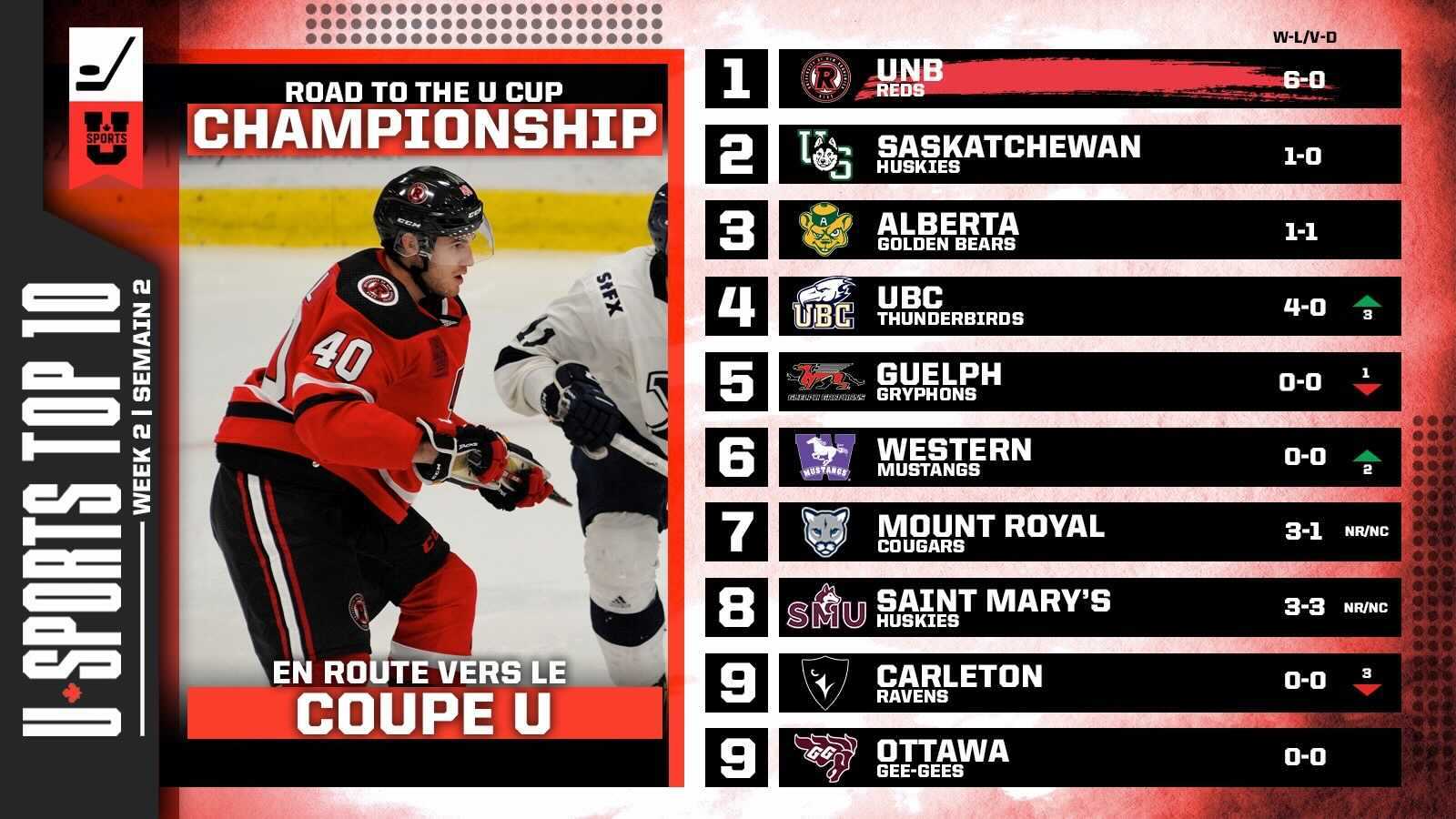 The No.1 Victoria Vikes (8-0-0) women’s field hockey remain at the top of the table for another week. The Vikes were crowned Canada West champs for the third-straight season, going undefeated on the year. 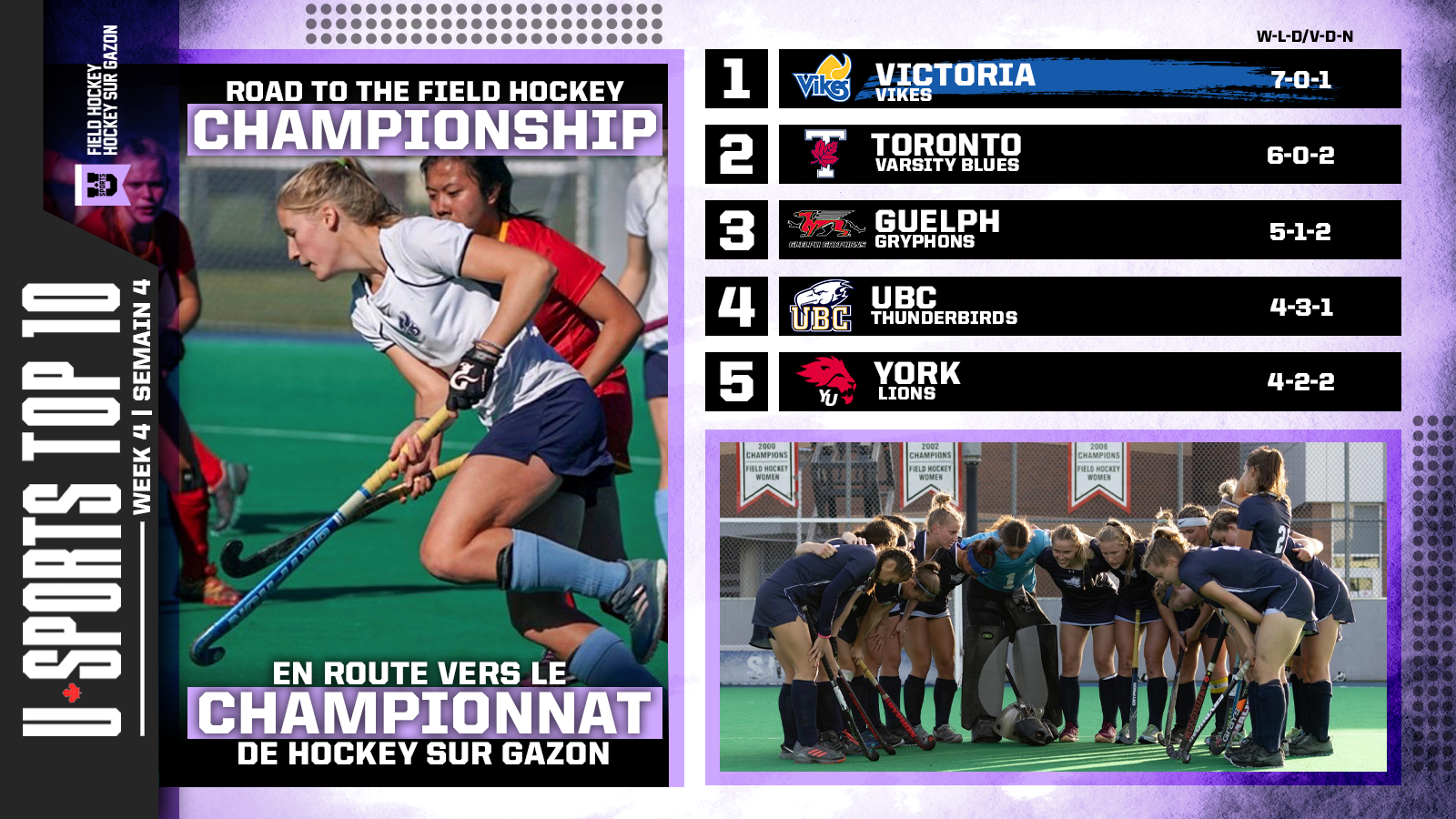 In women’s rugby, No.1 Laval Rouge et Or (6-0) remain at the top of the rankings for another week. Laval was idle as the RSEQ regular season is complete, but the No.3 UBC Thunderbirds (5-0) climbed the rankings after capping their perfect regular season with a 44-10 victory over the No. 8 Victoria Vikes (3-2). 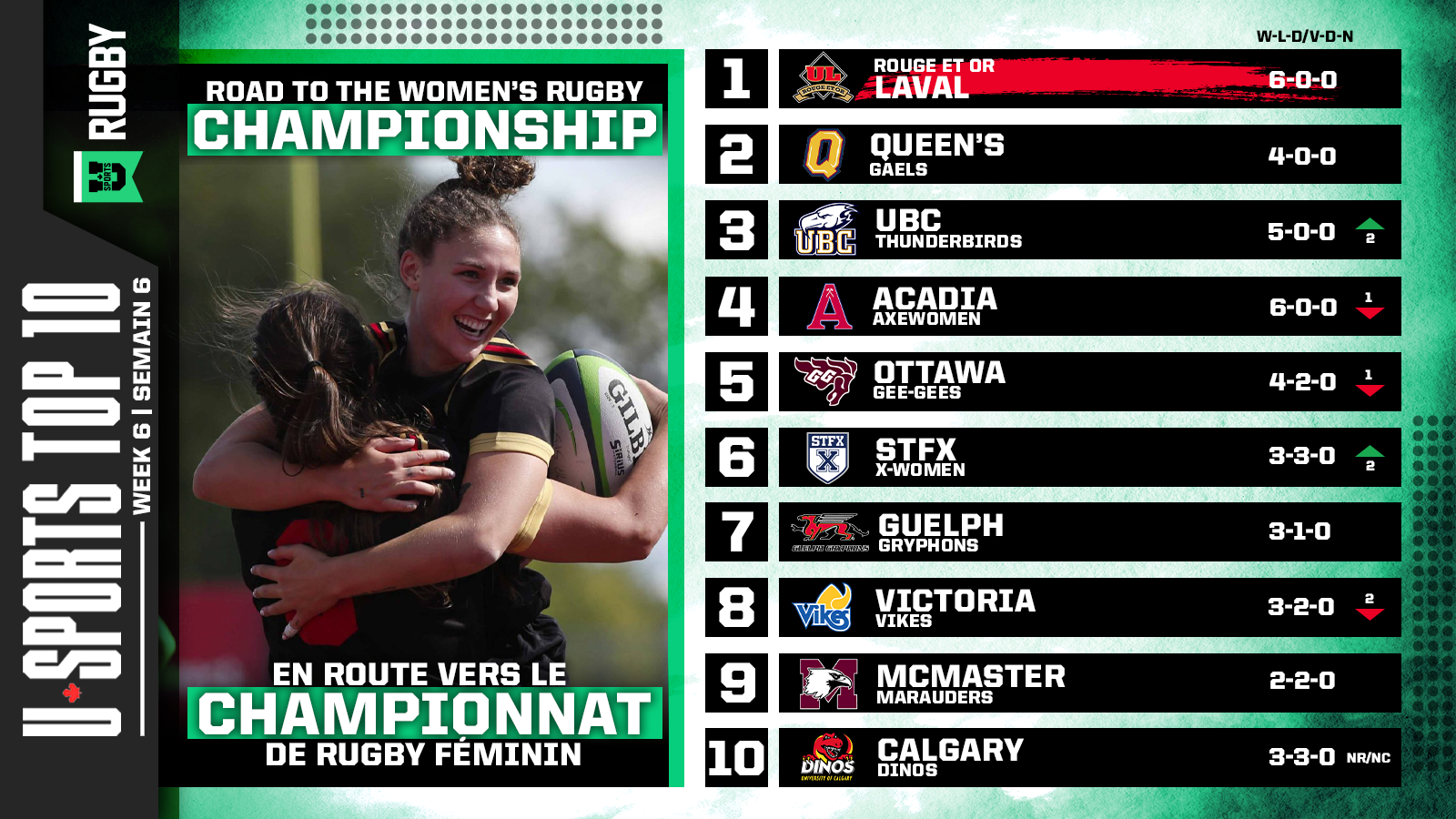