CALGARY, Alta. – Team Canada struck for three goals in a span of 54 seconds early in the second period en route to a 7-2 win over U SPORTS on Sunday in finale of Canada’s National Junior Team selection camp.

After a scoreless first period, Logan Stankoven (Kamloops, B.C./Kamloops, WHL) opened the scoring at 1:04 of the second period, with the assist going to Elliot Desnoyers (Saint-Hyacinthe, Que./Halifax, QMJHL).

Lambos wired a puck from the point during a Team Canada 5-on-3 power play to make it 4-0 midway through the second. Fellow Manitoban Daemon Hunt (Brandon, Man./Moose Jaw, WHL) got the assist.

“[On the goal], I ended up with the puck at the top of the circles, I saw a bit of the net on the short side and luckily it went in. Scoring a goal is always fun, doesn’t matter where you are, what level. I’m always happy to see the puck go in the net,” said Lambos.

Canada’s fifth goal was scored by another defenceman, again on a power play, as Olen Zellweger (Fort Saskatchewan, Alta./Everett, WHL) found the back of the net, with assists to Bedard and Dufour. 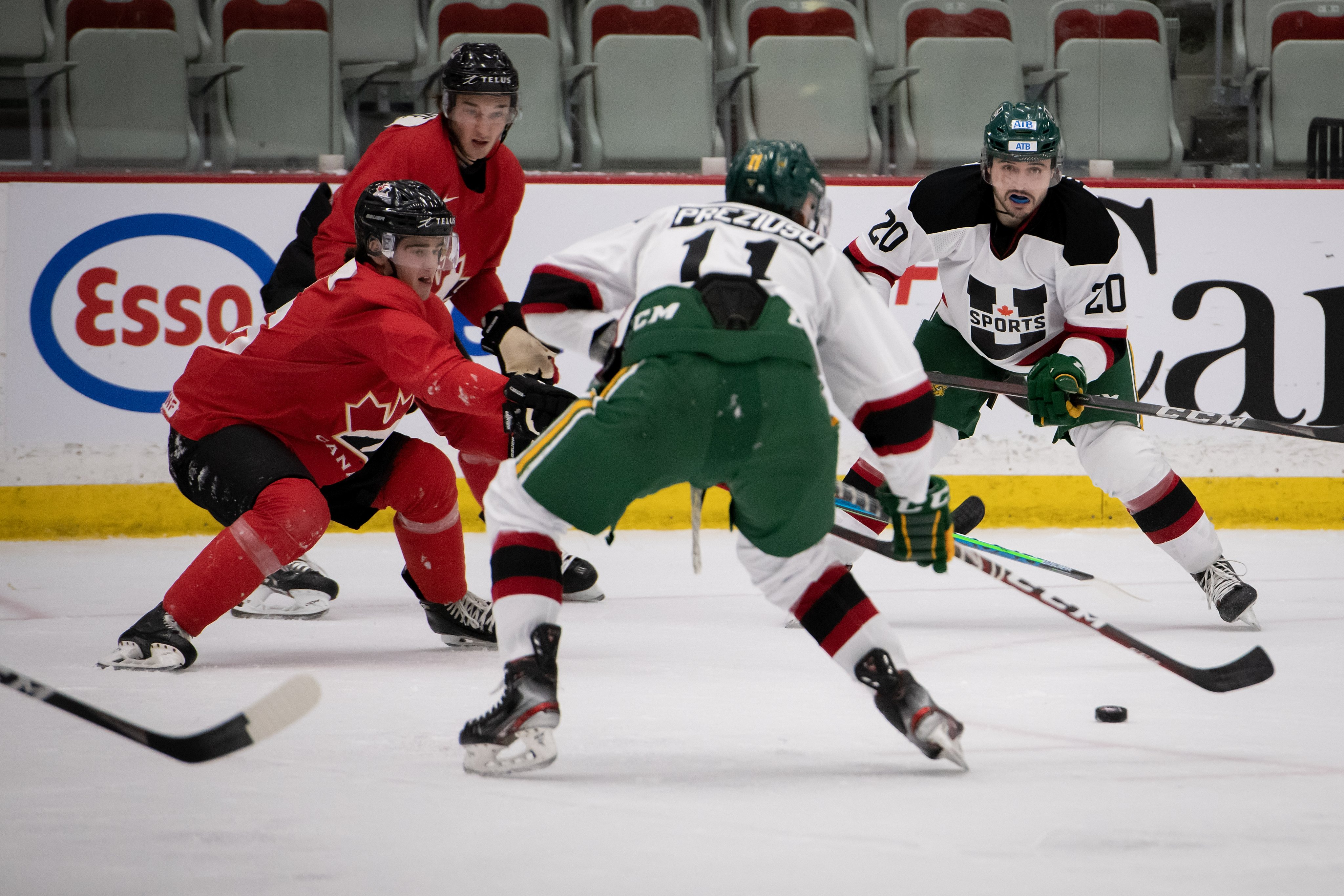 Dylan Garand (Victoria, B.C./Kamloops, WHL) made 22 saves on 25 shots and Sebastian Cossa (Fort McMurray, Alta./Edmonton, WHL) turned away 18 of 22 shots as they split time in the U SPORTS net.