When Tobi Owotomo got her first taste of rugby at St. Francis Xavier Secondary School in Mississauga, Ont., it was immediately love at first touch.

With her strength, thanks to her gymnast background, and relative speed, it encompassed everything that she was good at. Fast forward four years later and Owotomo was being heavily recruited by York University’s women’s rugby head coach at the time, Joe Costello. 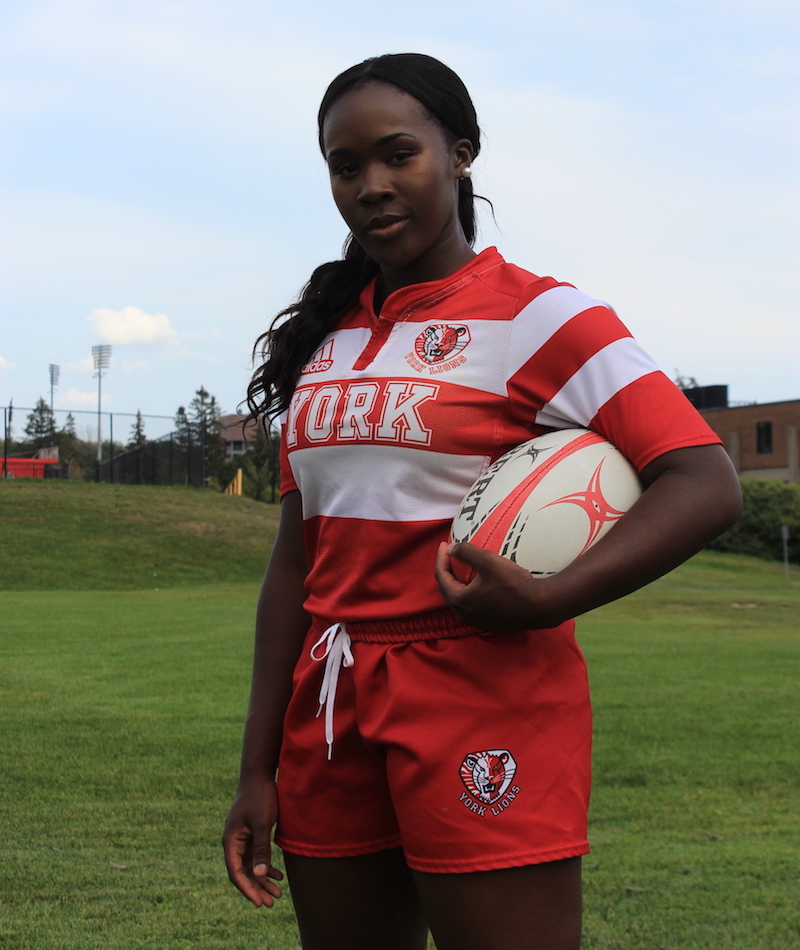 “I didn't really want to go to York but his persistence made it feel like I had to go there,” says Owotomo. “For me, I've always felt like the best place for me is where I'm wanted, so knowing that he wanted me there made me lean towards York.”

His persistent efforts made up a big part of her decision to go to York, but it was the school’s kinesiology and health science program which uniquely offered an athletic therapy certificate program that sealed the deal.

Within her first year, her impact was one like no other.

“She was instantly an on-field leader and just had so much intensity right from her first year,” says current head coach Jenn Russell. “She never needed anyone to tell her to play harder.”

Taking home the OUA Russell Division Rookie of the Year Award in 2015 was just the beginning of her accolades. She was a two-time OUA Shiels Division All-Star and was named a U SPORTS Second Team All-Canadian in 2016. Outside of York, she played for both the provincial team from 2012-2017 as well as the U20 national team from 2016-17.

Her on-field talent spoke for itself, but her academic career spoke volumes as well.

“York has an amazing athletic therapy program that as a coach you curse, but love cause on the one hand great athletes come here for it, but it also can take them away from their sports,” says Russell.

On top of making history on the field and being a full-time student, Owotomo was spending several hours a week working as a student athletic therapist for placement for her program. She worked for York’s athletic therapy department as well as George Brown College.

During the season her days would start at 5 a.m. and end at 1 a.m., with everything from studying, training and working in between.

“There were a lot of days where I would just break down and be like ‘What is my life?’ because I had no social life,” says Owotomo. “But I knew athletic therapy was my passion and it required me to give it my all so I did, which wasn’t always easy, but I got through it.”

Being an athlete herself she knew how important good physiotherapy is.

“When you're working with high-level athletes and you are one yourself, it helps so much because you know what they're going through physically and emotionally,” says Owotomo. “Knowing first-hand what it is like to have three practices a day, or to be on a team that was struggling, helped me when working with athletes.”

It also helped her land big opportunities like working for the Nigeria men’s national soccer team as a physical therapy intern and most recently her current role as a student therapist for Canada Basketball. Though unlike her other positions in the past, this role would require her to give up her first love, rugby.

“There was no way I could do both because they overlapped,” says Owotomo. “So although I loved rugby, I knew I had to scale back how much I play if I really wanted to pursue (athletic therapy).”

For Russell, losing Owotomo was disappointing but she knew it was for a good cause.

“This wasn't her stepping away because she didn't want to play,” she says. “I knew she wanted to play and had exhausted every option on how she might make it work.”

Russell encouraged Owotomo, as she does all her student-athletes, to follow her passion and to remember that success is not a straight line. She believes it is not about choosing between rugby and “real life” but about figuring out who they are along the way.

One thing that Owotomo has figured out along the way, is to not focus too much on just one thing, so that she does not grow too tired of it.

“Being an athlete alone is one of the best things in life, but I try to find other ways to be inspired,” says Owotomo. “Something I always tell people is don't be one-dimensional, find a way to be 3D.”

So after much deliberation with her family, coach and herself, Owotomo decided to take the job and has not looked back since. Working with all levels of Canadian basketball, from kids, to future basketball stars like R.J. Barrett, and current NBA stars like Tristan Thompson, this experience has been like no other.

But Owotomo is not hanging up her cleats for good just yet. She has no plans on closing doors at the international, provincial or university level.

“Rugby is not over for me,” she says. “I plan on playing rugby until I can’t walk anymore.” 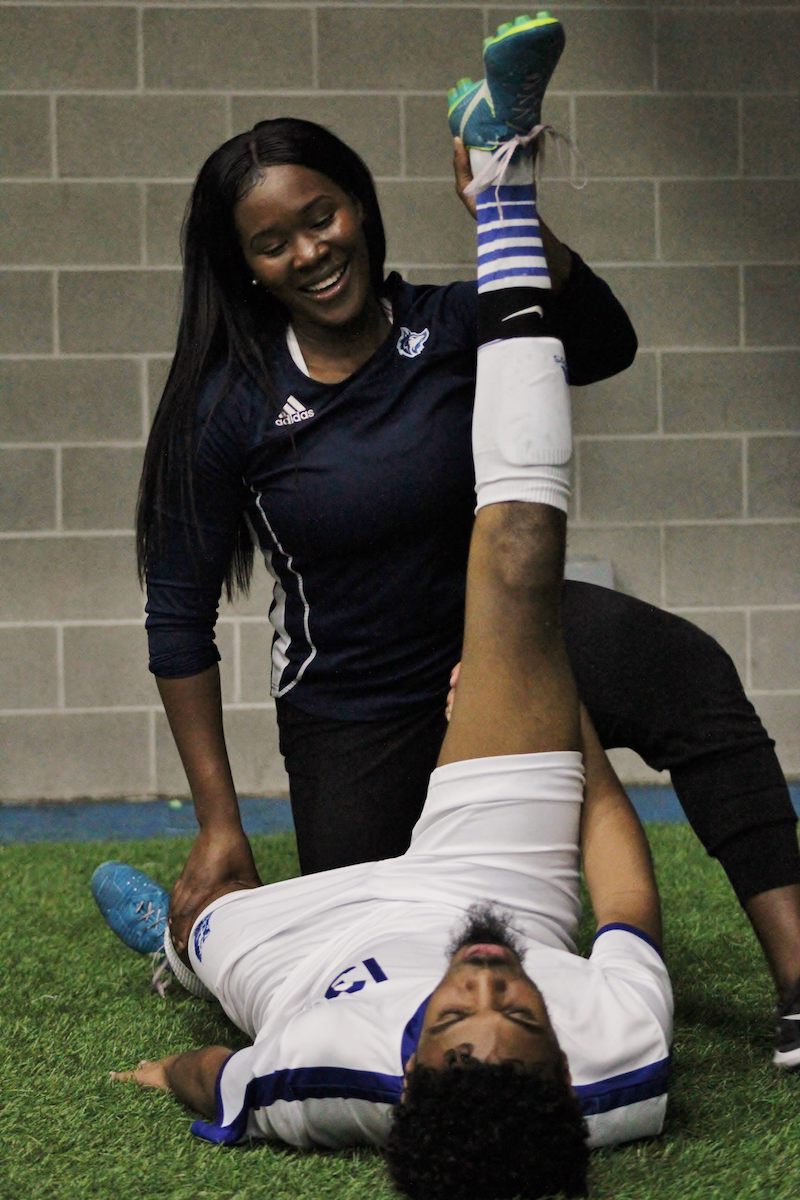 “Being able to learn from the top athletic therapists in all of North America, as well as work with some of the best athletes in the business is the perfect mix,” she says.

Jessica is in her fourth year of the Honours Communication and Multimedia Studies program at McMaster University. She is a sports reporter for McMaster’s student paper, The Silhouette and challenges herself to produce stories that go beyond the field of play.

TOP 10 TUESDAY: Concordia jumps to No.1 in women’s hockey for first time in nearly two decades