The RSEQ champion and host Ottawa Gee-Gees became the first conference gold medalist to advance to the national semifinals. In a rain-soaked match at Matt Anthony Field, the Gee-Gees defeated the Calgary Dinos by an 18-7 final tally at the 2019 U SPORTS Women’s Rugby Championship.

The host Gee-Gees wasted no time putting pressure on Calgary, as two big offensive pushes led by Madison Grant had Ottawa on the verge of scoring. The slippery conditions hampered the Gee-Gees ability to finish both drives, as the ball slipped out and into Calgary possession.

In the 11th minute, Ottawa drew first blood on a try from prop Maya Montiel, and after a missed convert, the Gee-Gees pulled ahead 5-0.

Shortly thereafter, Ottawa thought they scored once again when Emma Wade broke loose and crossed the try line, however, the score was called back due to a forward pass.

The first half closed with Ottawa clinging to a 5-0 lead, with Calgary not having much luck moving the ball against the Gee-Gees’ defence. 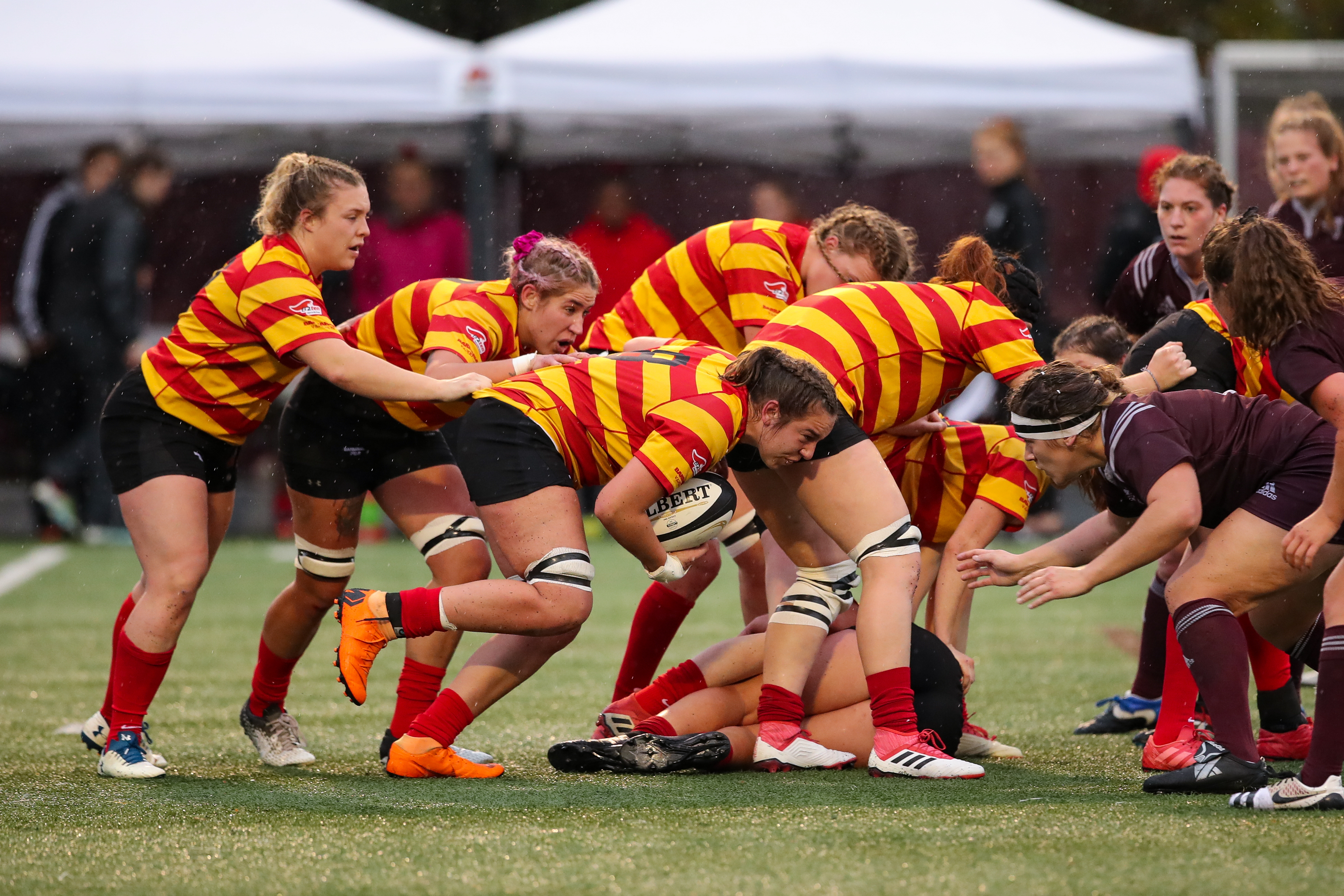 To start the second frame, the Gee-Gees came out with quick pressure, marching down the field and setting up a Claire Gallagher penalty kick to extend the lead to 8-0.

Afterwards, Calgary’s first substantial offensive pressure led to the Dinos’ Cassidy Jones scoring in the 47th minute. Isla Hill converted the kick to bring the score to a narrow 8-7 lead for Ottawa.

On the ensuing offensive push, Ottawa backed Calgary up deep into their own end. A quick pass from Grant found Alexandra Ondo, who scored the insurance try.

To add to the pressure, Taylor Donato broke the game open with an outstanding 40-plus yard run to seal the 18-7 win for the Gee-Gees.

“I’m really proud, our defence was really good, our kicking game was really good, and our set pieces were great,” said Ottawa head coach Jen Boyd. “That’s how you win in November. (We’re) really happy to be moving on. Really proud of the girls, it’s a young group and they showed a lot of grit.”

The Gee-Gees advance to the semifinals to take on the winner of Queen’s versus Acadia on Friday, while the other semifinal is set between Guelph and Laval. Calgary will take on the losing team of the remaining quarterfinal in the consolation bracket. 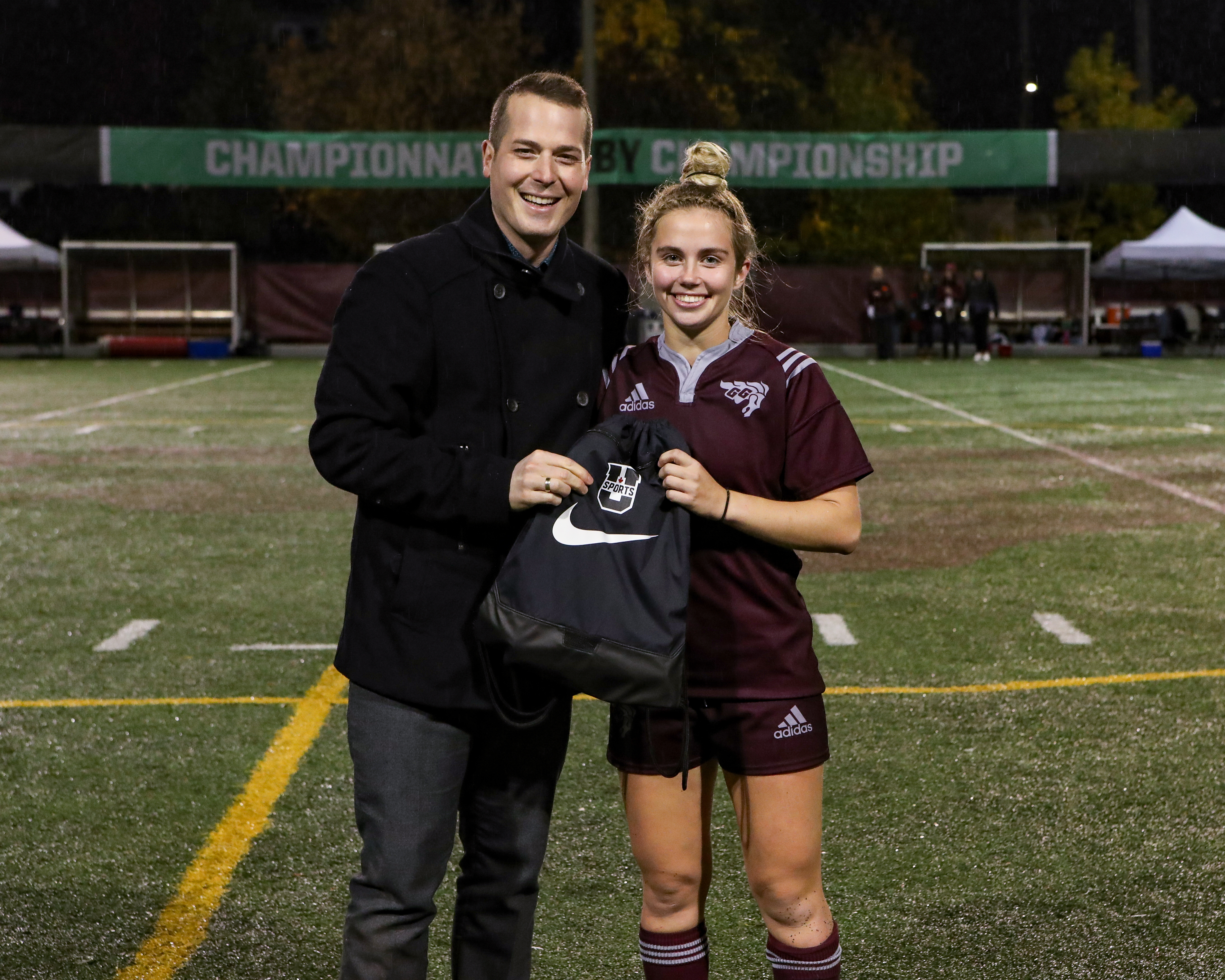 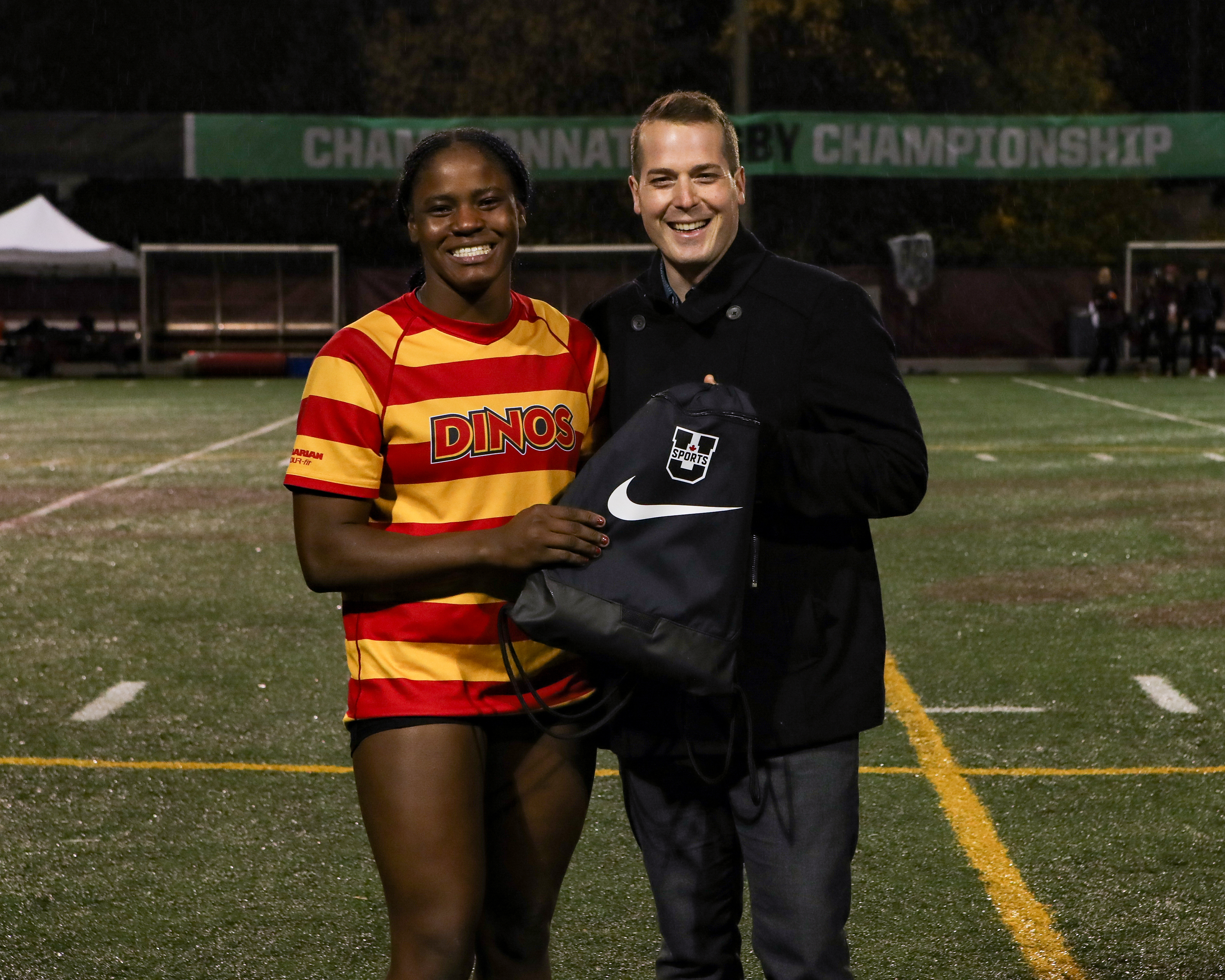