TORONTO — U SPORTS announced the seedings and bracket for the 2022 U SPORTS Women's Rugby Championship, hosted by the University of Victoria. The tournament will run from Wednesday, November 2, to Sunday, November 6.

The eight participating teams, listed in order of seedings, are as follows: 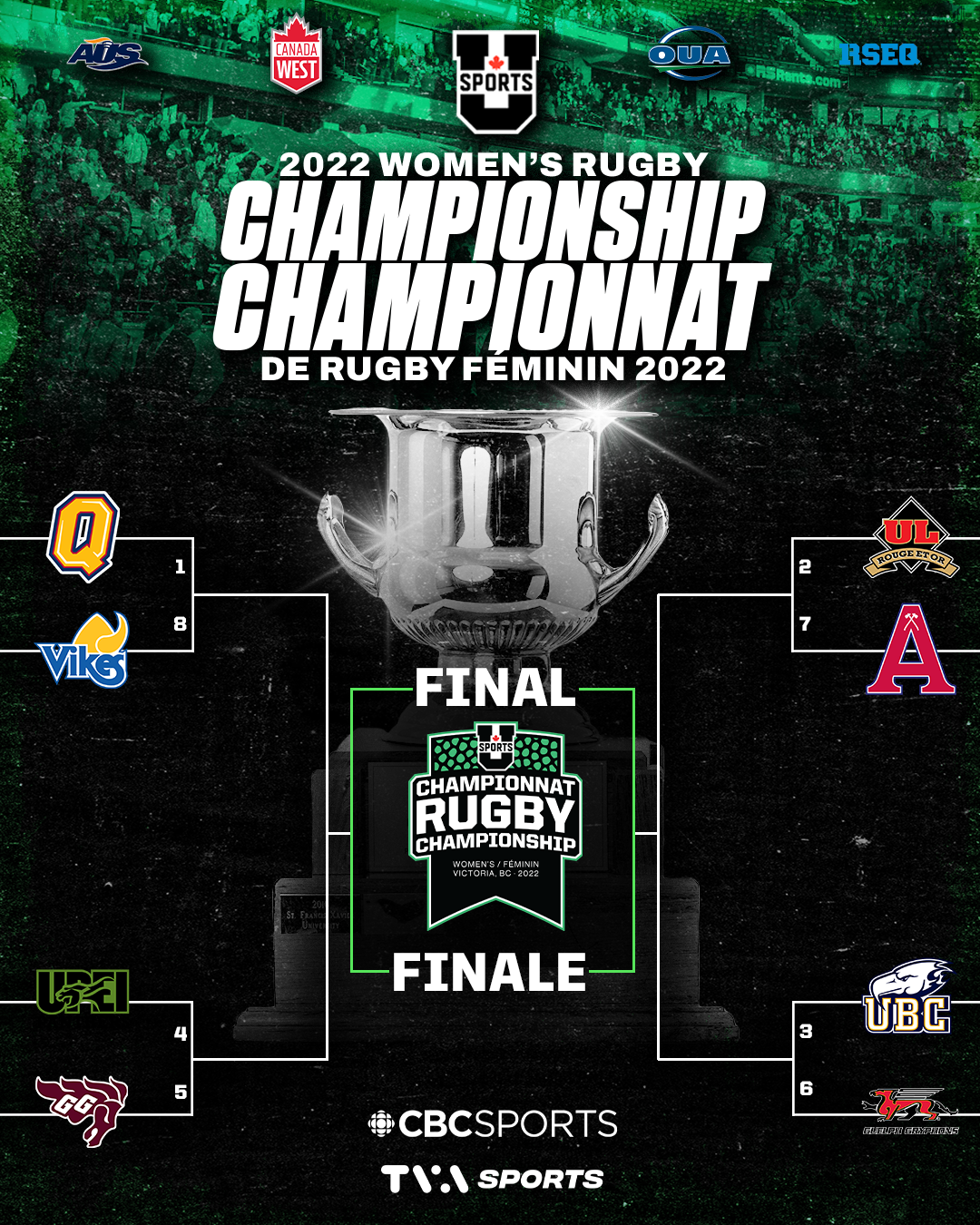 All four quarterfinals will be played on Wednesday, November 2. The opening game will be at 1 p.m. (all times Pacific) and will feature Laval versus Acadia. The second quarterfinal will follow at 3 p.m. and will see UBC play Guelph. Both games will be held at Wallace Field on the UVic campus. The final two games will be held at Centennial Stadium and will see UPEI and Ottawa square off at 5 p.m., while the defending national champions from Queen's take on the host, Victoria Vikes, at 7 p.m.

Game Day 2 is set for Friday, November 4, and will see consolation games at 1 p.m. and 3 p.m. on Wallace Field, with championship semifinals to follow at 5 p.m. and 7 p.m. at Centennial Stadium.

The final day will be Sunday, November 6, starting with the fifth-place game at 11 a.m., followed by the bronze-medal match at 1 p.m. and the championship at 3 p.m. These games will be held at Centennial Stadium.

Tickets for the event are on sale at vikestickets.universitytickets.com.

All championship games will be streamed on CBC Gem (English) and USPORTS.ca (French). A full preview of the championship will follow later in the week at USPORTS.ca.