Rori Enno of the Mount Royal Cougars men’s soccer team and Mikayla Morton from the Ottawa Gee-Gees women’s soccer squad are the U SPORTS Male and Female Athletes of the Week for the period ending Sept. 8, 2019.

The Cougars extended their undefeated record to 5-0 in Edmonton this past weekend taking care of both the Golden Bears and the Griffins. Freshman Rori Enno was key to the Cougars success scoring a goal in both games of Canada West action.

Saturday’s game was a challenge the Cougars were looking forward to as the Bears didn’t lose a regular season game in 2018. Knowing that opportunities would be hard to come by, Enno took advantage in the first half to give MRU a 2-0 lead the Cougars would never relinquish.

Sunday was a different story as MRU fell behind early for the first time this season, with MacEwan taking a 1-0 lead. An MRU free kick goal that followed a Griffins ejection created a huge momentum swing, before Enno chipped in the winning goal to make it a 2-1 lead in the 72nd minute.

Fourth-year Ottawa forward Mikayla Morton had a dynamic offensive week for the Gee-Gees, racking up six goals in three games for the reigning champion squad.

Morton, who scored nine goals last season after transferring from the University of Memphis, has been out to an incredible start in the 2019 season. Her hat-trick against Carleton in the Gee-Gees home opener kicked off the week on Wednesday in a big way against their crosstown rivals. Morton started the scoring less than three minutes into the game, but after Carleton knotted things up later in the half, the fourth-year forward was able to power her team to an OUA victory with two more goals in the second 45.

On Saturday in a 1-1 draw with the Toronto Varsity Blues, Morton opened up the game’s scoring once again with her team’s lone goal to secure the point and did so with the program’s 1,000th tally all-time. To cap off her productive week, Morton netted two more goals in a 3-0 win over Trent.

Morton currently sits tied for first in the nation goals through the first two weeks of the season. 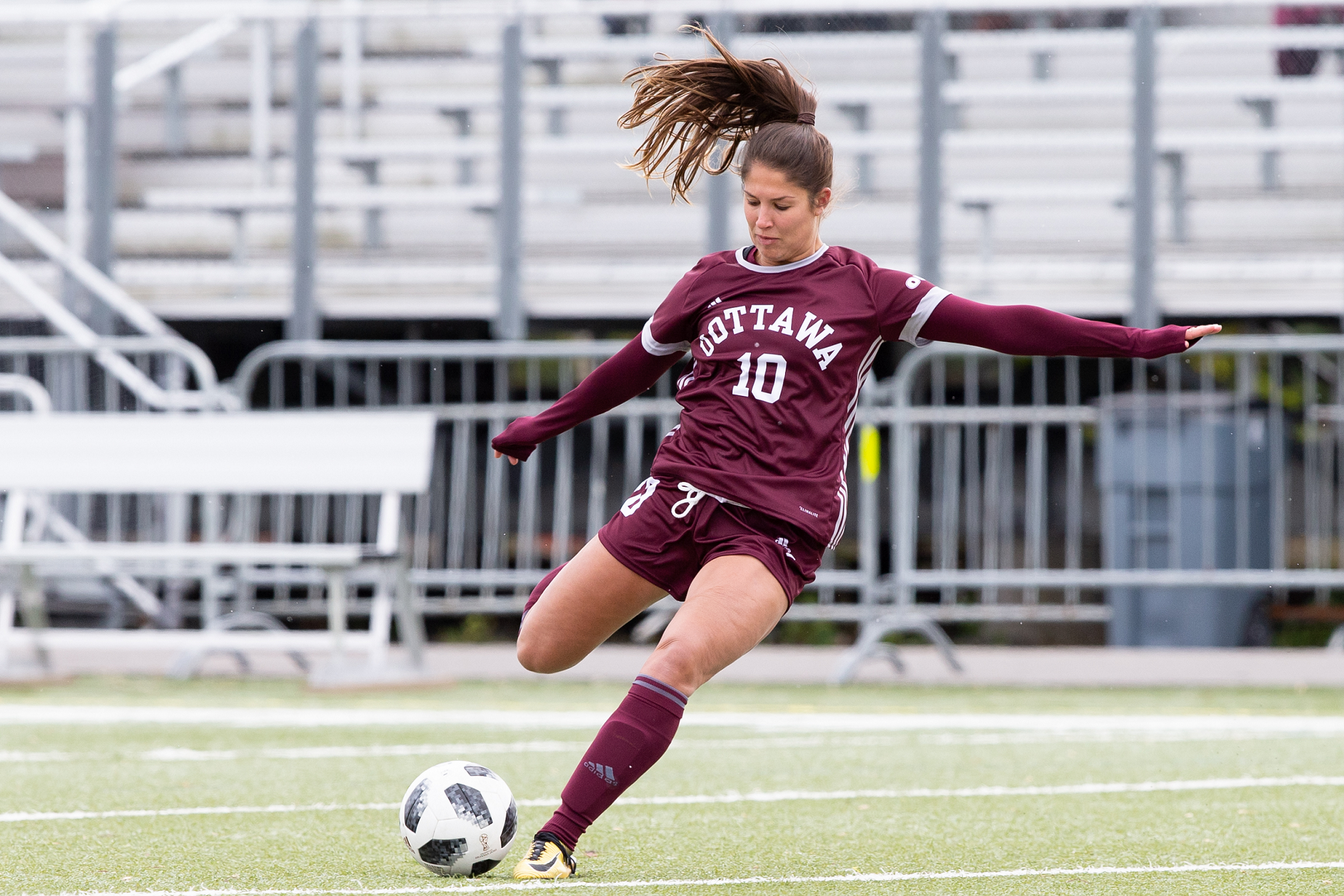