The Trinity Western Spartans are looking to hoist the Gladys Bean Memorial Trophy for the first time since 2013 when the 2021 U SPORTS Women’s Soccer tournament opens this week at Cape Breton University in Sydney, N.S.

The Spartans are undefeated on the season, posting an 11-0-1 regular-season record, before going undefeated in the playoffs en route to their ninth Canada West banner.

Led by head coach Graham Roxburgh, the Trinity Western out-scored their opponents 37-4 for the largest goal differential in the Canada West conference.

The 2021 Protocase U SPORTS Women’s Soccer Championship, presented by Bell Aliant kicks off on Thursday at CBU Field and concludes next Sunday with the gold medal game at 1:00 p.m. ET / 10:00 a.m. PT. 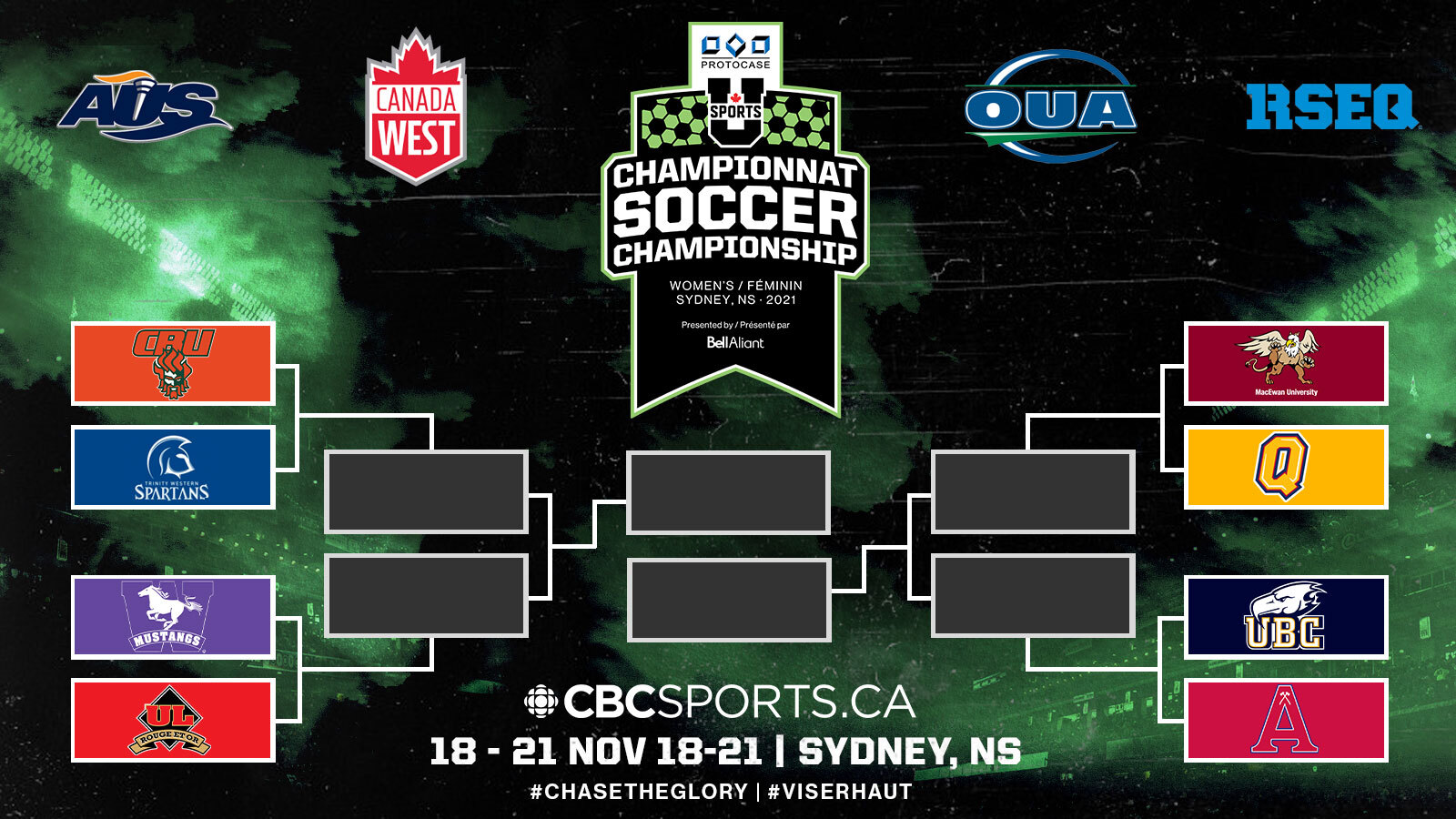 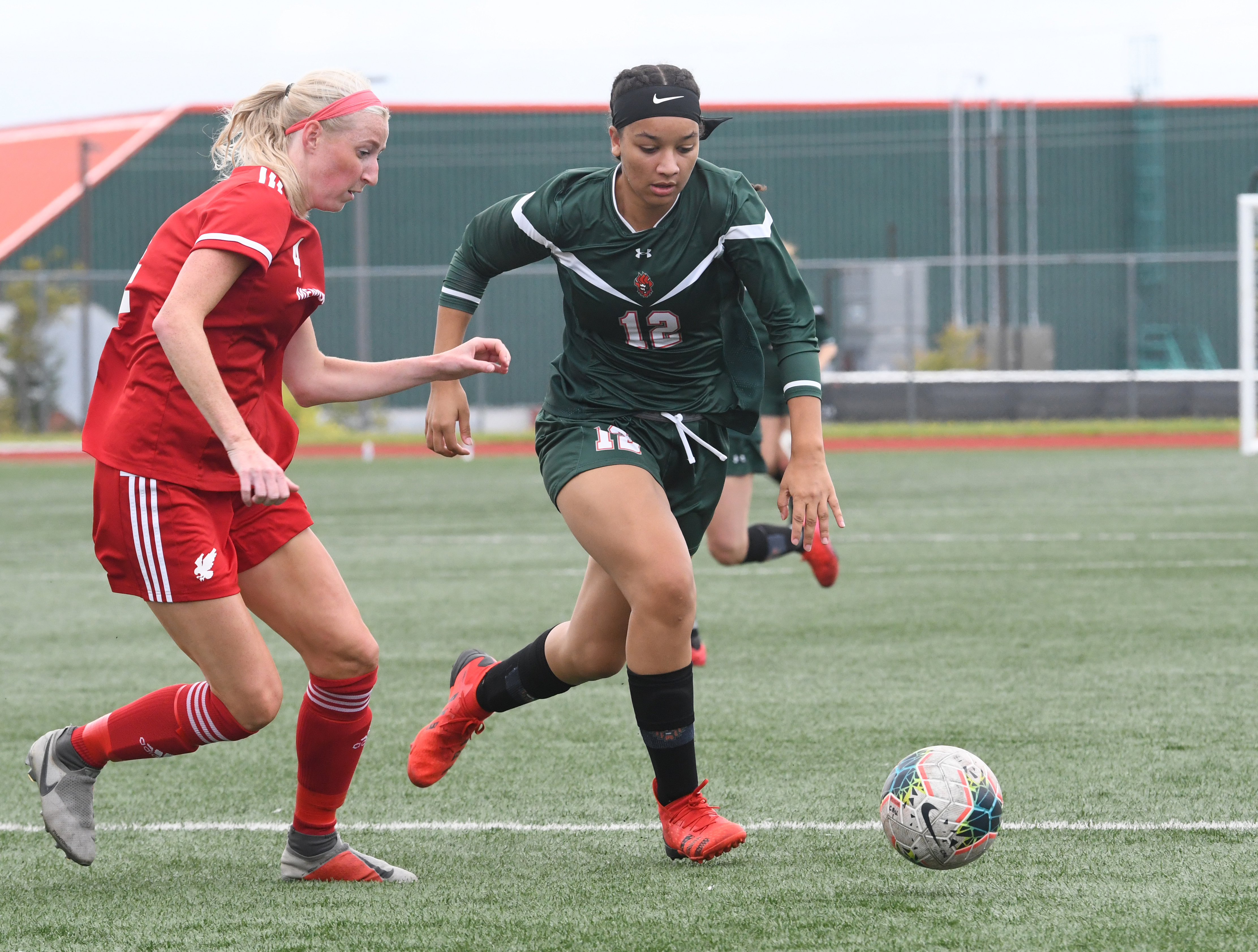 The 3-time AUS Champions Capers finished the regular season with an 8-0-4 record and ranked #6 in the U Sports National Rankings. 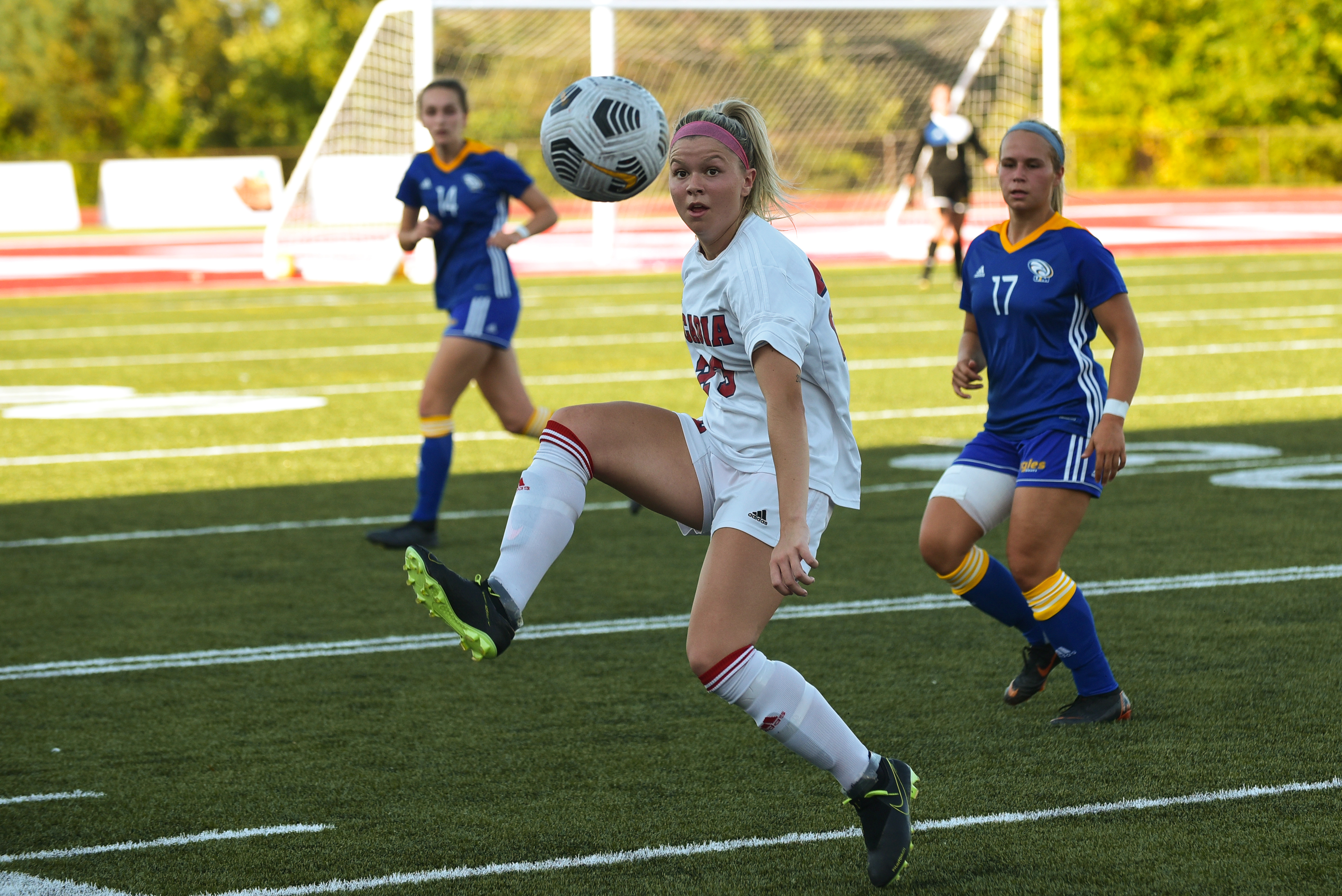 With a stingy defense, the Axewomen scored by committee in 2021 with Grace Longley and Rosie Nichols each scoring three goals in the season, while Jayden Boudreau, Madicynn Harnish, Meghan Johnston and Grace Somers added two. Four other Axewomen scored a goal in a season that had only 18 goals for and nine against.

Finishing the regular season with a 7-3-2 record and third in the final AUS standings, the Axewomen opened the AUS ran the gauntlet in the AUS championship, defeating the StFX X-Women 2-1 for their first AUS banner since 1996.

Sisters Madicynn and Mya Harnish along with teammates Lauren Jodrey and Grace Longley received AUS All-Star honours for their effort during the 2021 regular season. 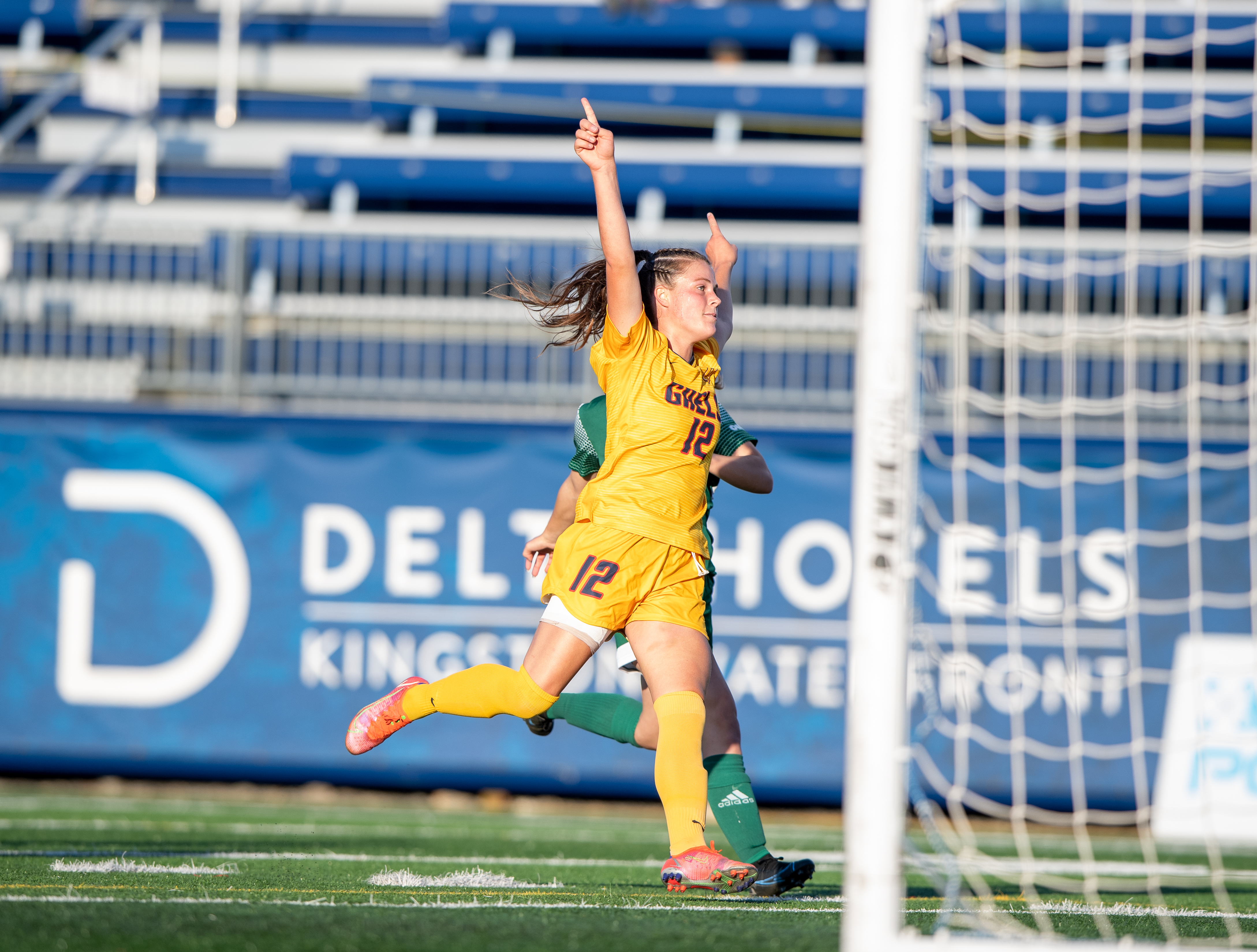 The Queen’s Gaels led by forward Christie Gray, will be looking to capture their first national title since 2011 and fourth in program history.

Queen's is entering the tournament with an 8-2-0 regular-season record and an OUA conference banner.

Gray led the Gaels and finished second in the OUA in goals with 10 in 10 games. The Vancouver, BC native was named an OUA All-Star and the OUA East Division Student-Athlete Community Service Award winner for her part in helping to plan Queen’s Women’s Soccer Kick for the Cure initiative, which raised more than $13,000 for breast cancer research and support programs. 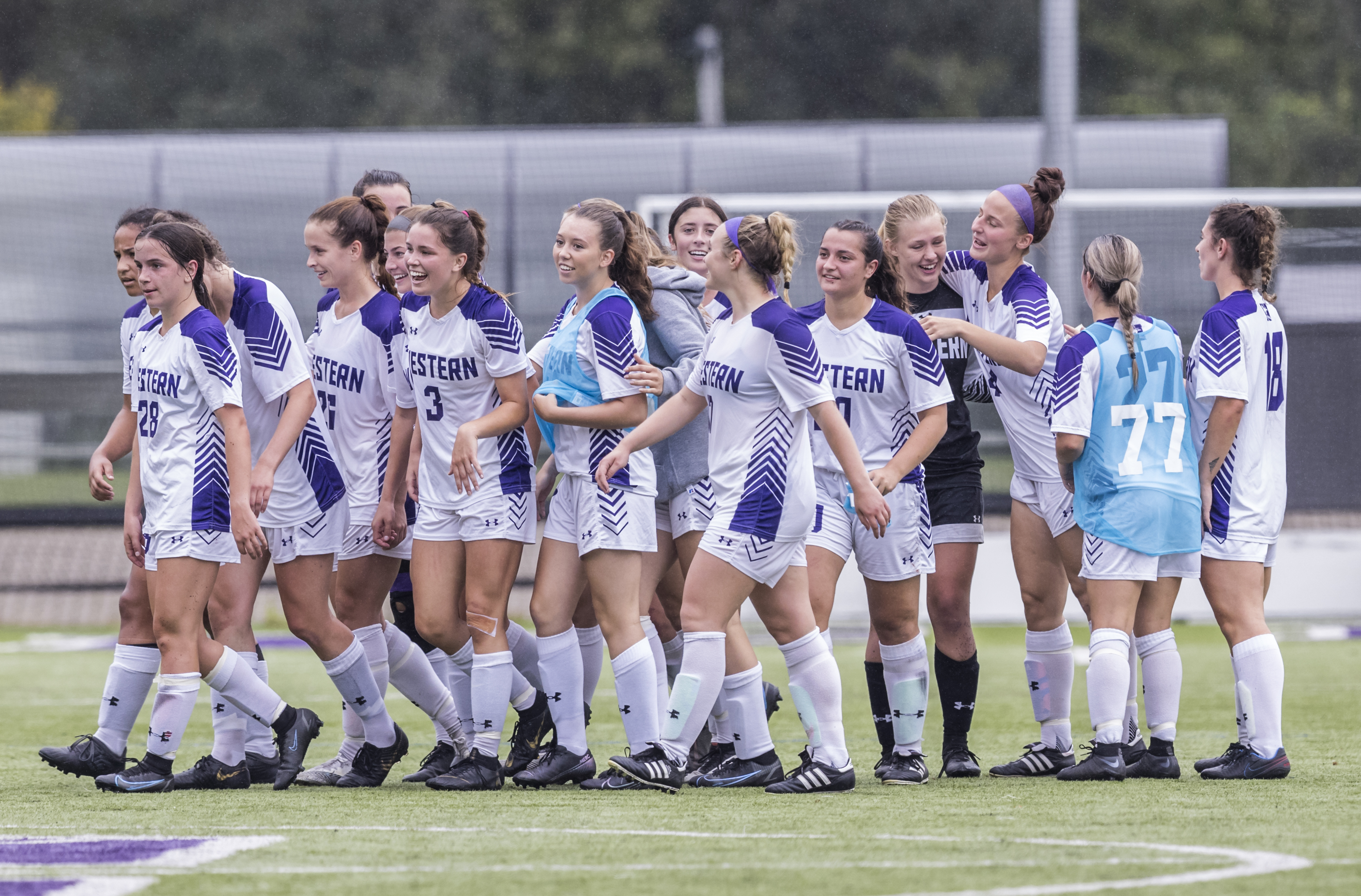 Natalie Abbate led the Mustangs on the season with 10 goals which was tied for 2nd in the OUA. Samantha St. Croix has been extremely impressive in her debut season in the OUA only giving up 4 goals this season while making 34 saves.

The Mustangs finished the regular season with a 6-2-2 record and went on to a pair of outstanding playoff performances with a 1-0 win over Toronto on home field and then traveled to North Bay to take on Nipissing and pick up the win on penalty kicks to advance to the OUA Championship. 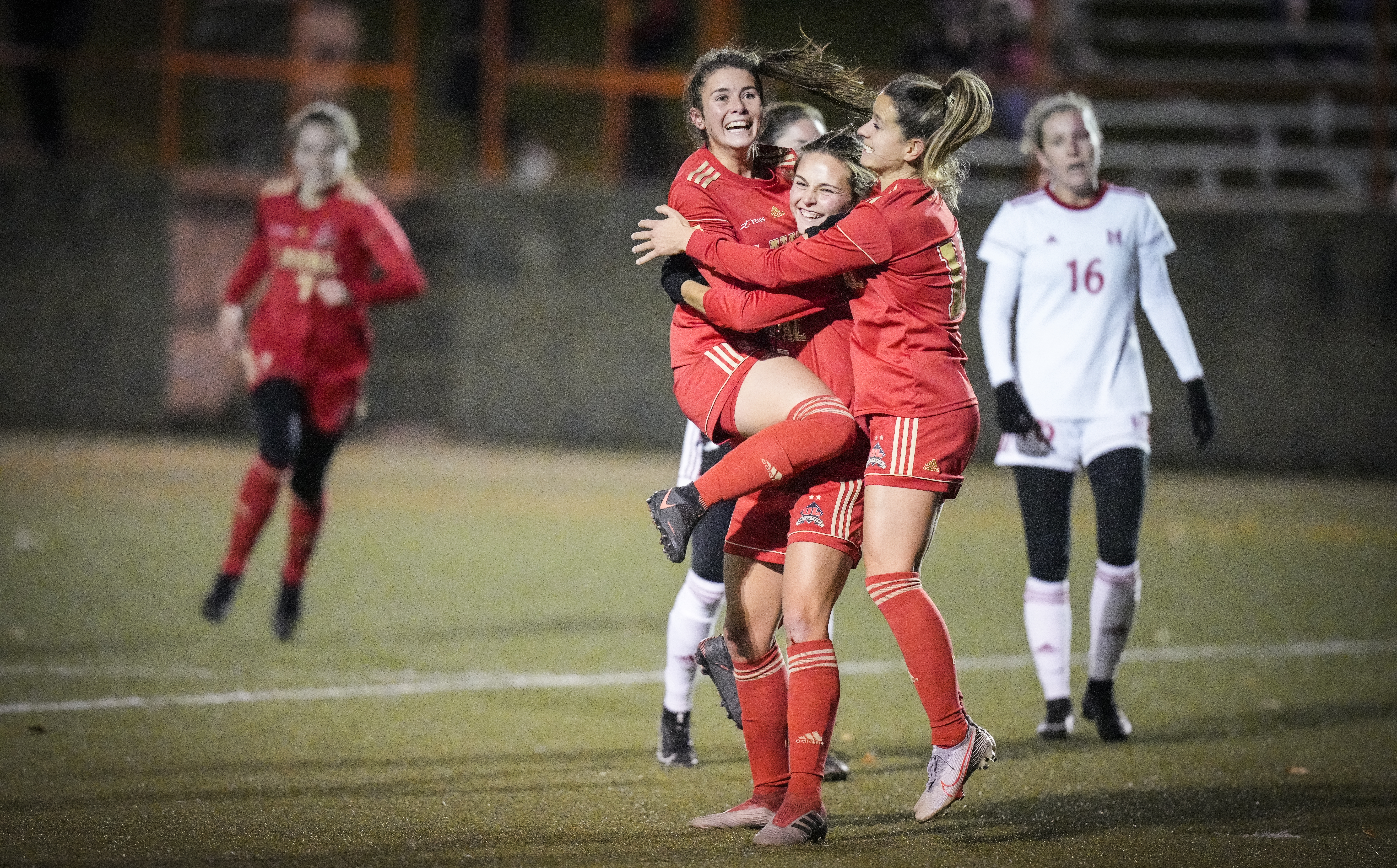 The Rouge et Or is back at the U SPORTS Championship for the seventh time in eight years. With 33 points (10-1-3) during the regular season, Laval recorded its best season since 2017.

In his second year as the head coach of the Rouge et Or, David Desloges led his team to the second position in the RSEQ, nine points in front of their closest rivals.

Laval punched their ticked for the U SPORTS Championship in dramatic fashion, stopping the undefeated season of the Carabins with a 1-0 overtime win in the RSEQ final in Montreal.

Rookie Mathilde Rousseau scored the winning goal with a spectacular head on the final play of the first overtime period. Goalkeeper Myriam Labrecque shut the door with 11 saves and was named the MVP of the game. 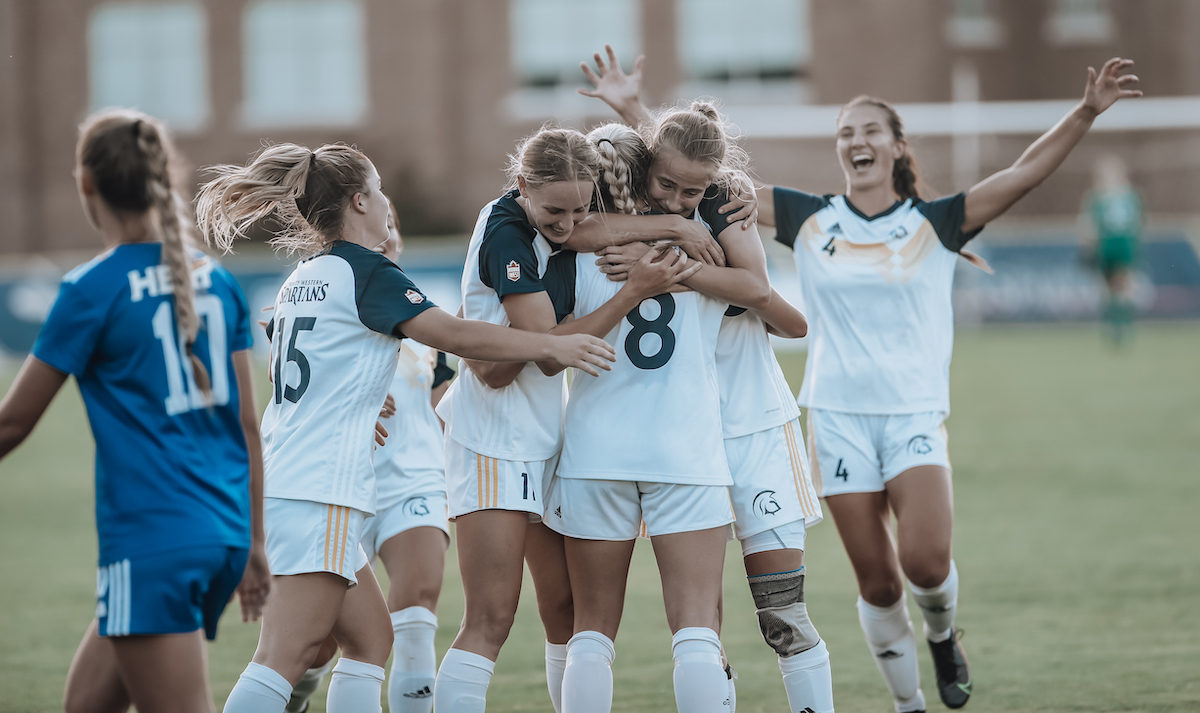 Trinity Western put together a Canada West best 11-0-1 regular season record to finish first in the West Division. The Spartans were an offensive juggernaut, tallying a conference-leading 34 goals during the regular season, while only conceding four times. With four Canada West all-stars in their lineup, TWU showed their dominance in women’s soccer once again by capturing their division title for the fifth season in a row.

The Spartans backline was led by captain Elizabeth Hicks at centre back, who was instrumental in helping TWU earn nine clean sheets in the regular season. Behind Hicks and the rest of the TWU’s backline, which featured fellow CW All-Star and All-Rookie Team member Tilly James, Spartans goalkeeper Hannah Miller was in net for all nine shutouts and made 26 saves for TWU throughout the season. 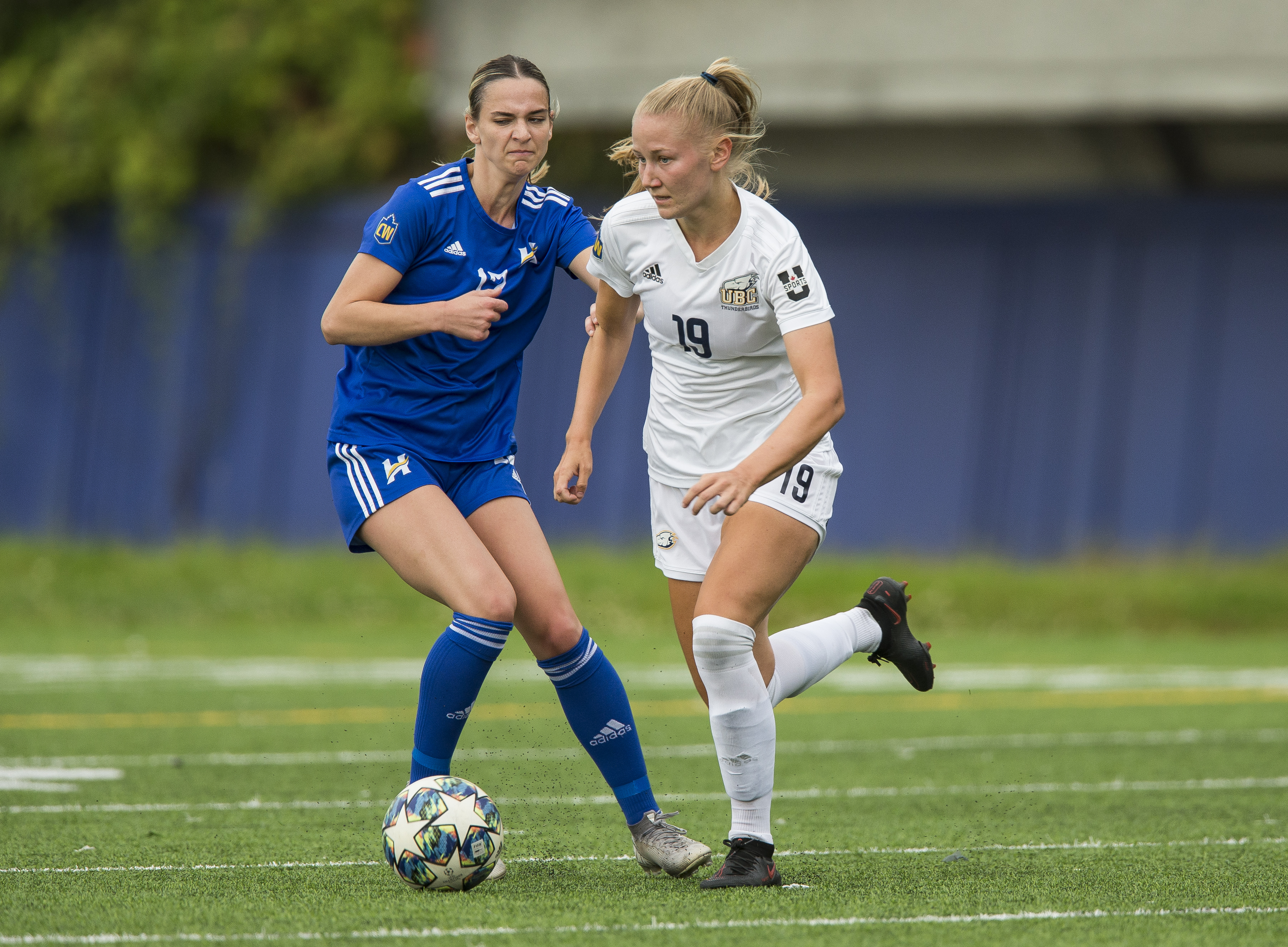 Starting the season on an eight-game winning streak, the first five of which came without conceding a single goal, the Thunderbirds’ only regular-season loss came at the hands of the eventual conference champion Trinity Western Spartans.

The Thunderbirds set a new program record allowing just four goals against all season, while Danielle Steer put up an incredible 15 goals in just 12 games en route to yet another Canada West first-team All-Star selection.

UBC advanced to the conference Final Four tournament with a 5-0 win over Regina in a quarter-final hosted at Thunderbird Stadium. The T-Birds then got back to the Canada West gold medal match and clinched a national championship berth with a 2-0 semifinal win over the MacEwan Griffins.

Their arch-rivals from Trinity Western dashed the T-Birds’ hopes for a conference banner, but the big prize is still the main target heading to Cape Breton. 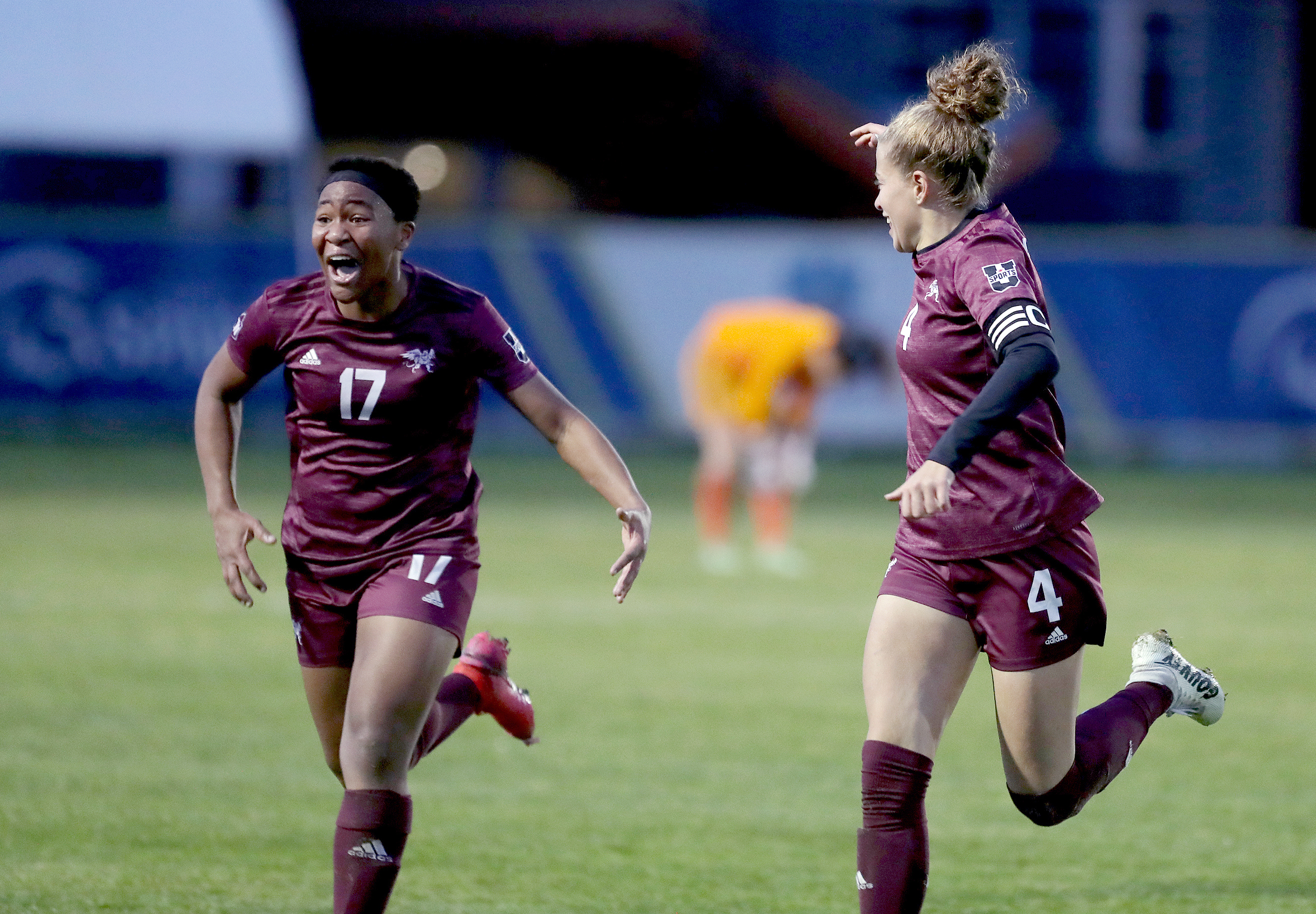 After beating the Calgary Dinos for the first time in a Canada West regular season or playoff game – 3-0 – on Oct. 24, the MacEwan Griffins clinched first place in the Central Division and locked up a home playoff date.

They also finished with a 10-2-0 record – their best mark since joining U SPORTS/Canada West in 2014.

Along the way, they swept cross-town rival Alberta – outscoring them 7-1 in three wins – and won all three meetings with both Mount Royal University and Lethbridge – beating the latter 8-0 in the most lopsided win in program history Oct. 16.

The Griffins have ample offensive depth as 13 different players scored and 17 total players registered at least one point in 12 regular-season games.