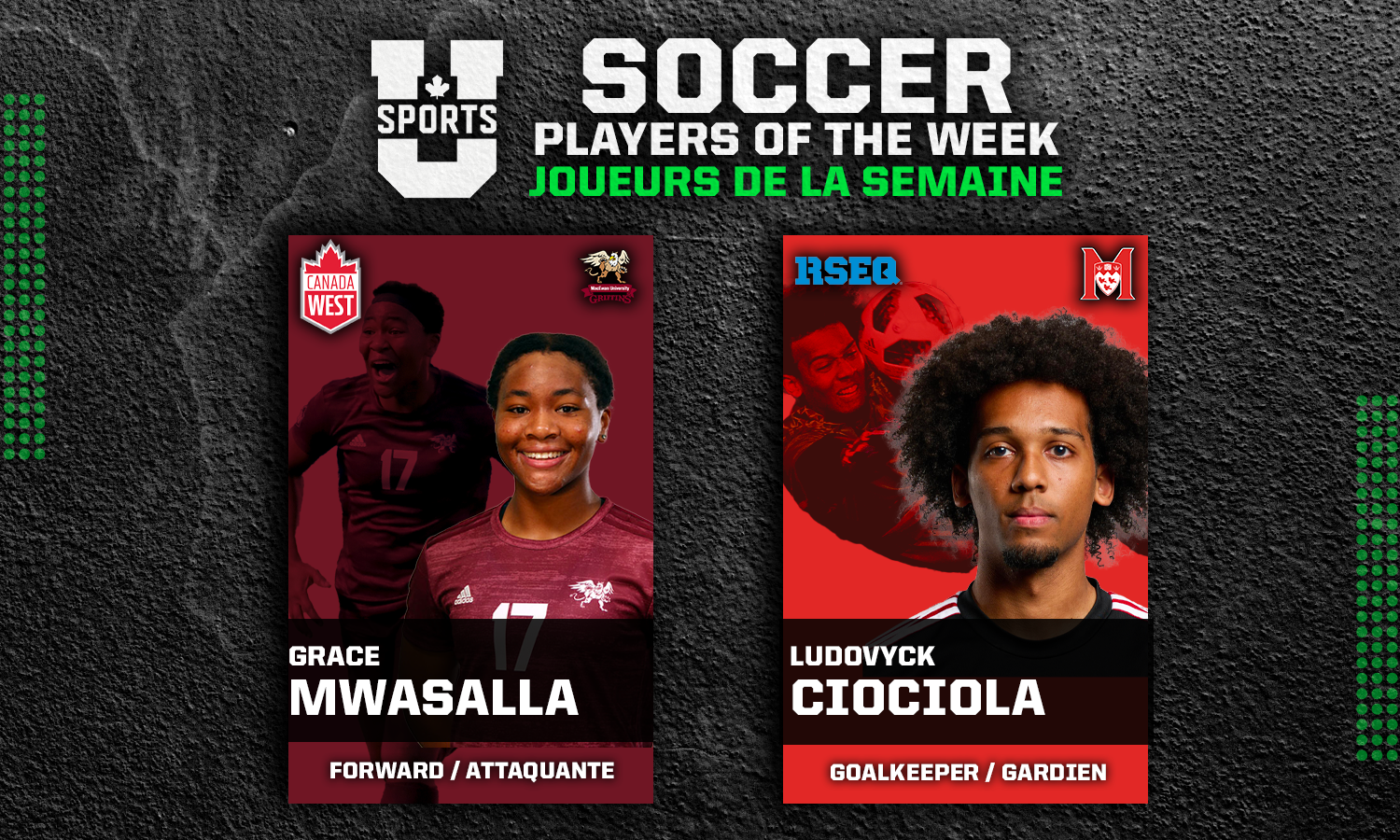 A 21-year-old management freshman with the McGill Redbirds, Ludovyck Ciociola takes home U SPORTS soccer player of the week honours after registering 15 saves over two games, a 1-0 shutout over division-leading UQTR last Friday and a 1-1 tie at Laval on Sunday.

The 5-foot-11, 170-pound rookie goalkeeper from Montreal made five saves in the win at home and 10 saves in the tie against No. 6 ranked Laval at Quebec City. 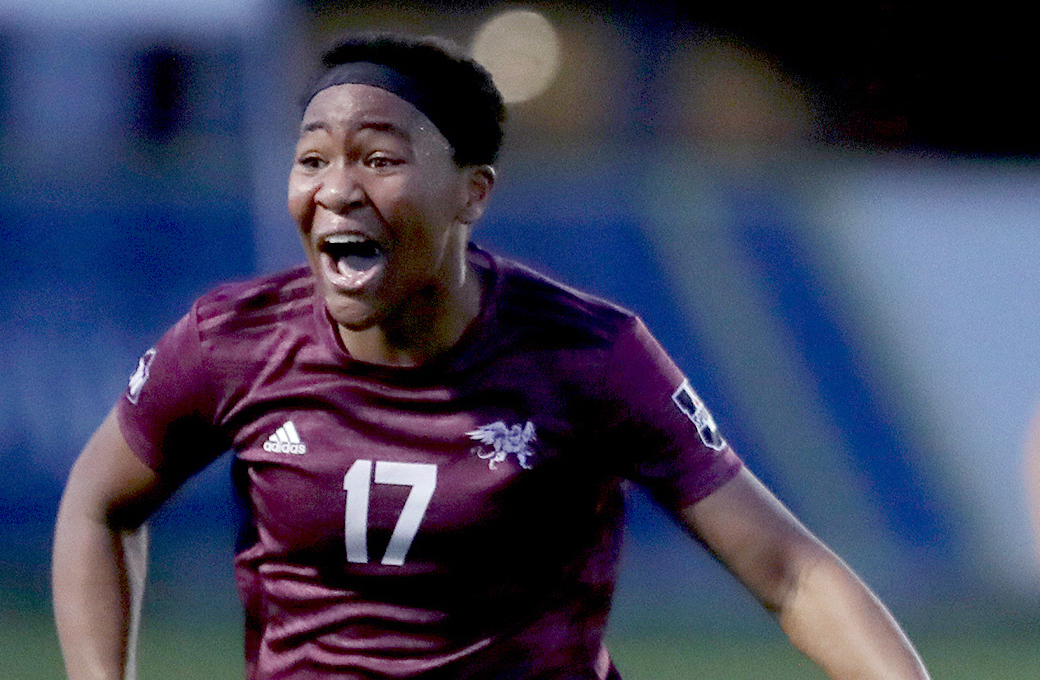 The second-year forward helped the Griffins to a 3-0 victory over the visiting UNBC Timberwolves and then followed her two-goal performance with another show, netting the only goal in a tight affair with the Calgary Dinos on Sunday. The Griffins' 2021-22 Female Rookie of the Year streaked through the middle, controlling the ball in her few quick strides before finishing inside the right post. Mwasalla was also named the Canada West women’s soccer player of the week.