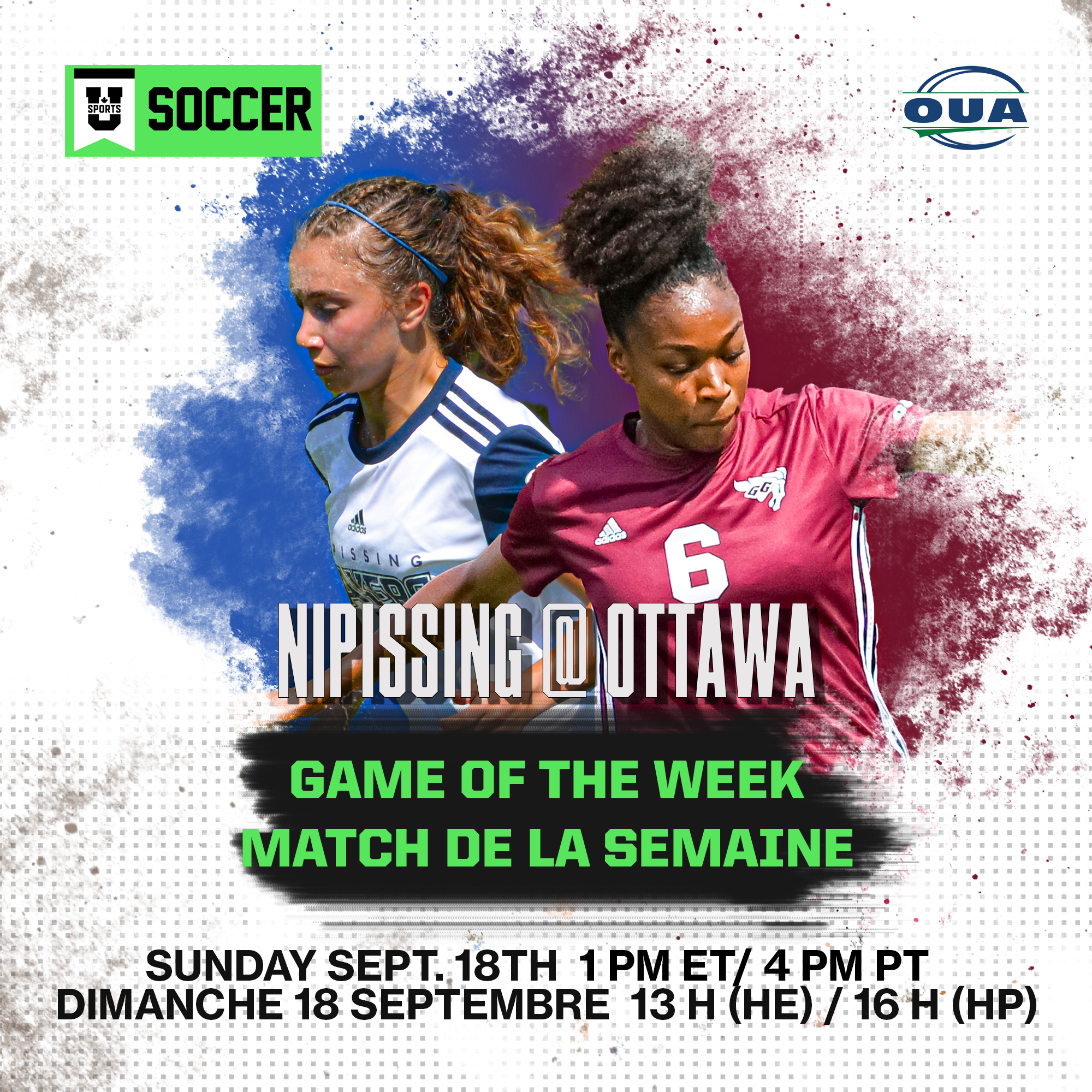 Following last week’s bump out of the Top 10 rankings, the Nipissing Lakers face No. 4 Ottawa Gee-Gees in OUA action this Sunday for a chance to regain their position amongst the nation’s top teams.

Albeit a strong start to their season with back-to-back wins against TMU, the Gee-Gees tied their match against Queen’s Gaels and fell short against the Toronto Varsity Blues. Having dropped two positions from No. 2 to No. 4, expect a Gee-Gees fight to maintain ranks.

Second year forward and lead Ottawa scorer, Cassandra Provost will be heavily involved in the offence with a five-goal season thus far but brace for the dynamic synergy between Nipissing forwards Jennifer Milligan and Cassidy Brooks following the Lakers 11-0 onslaught against Laurentian.