Pinsent, who has devoted 18 years of his life to working with student athletes, felt honoured to be chosen as the team’s bench boss.

It was a fantastic experience as the competition was top class. Probably the biggest thing for me that made the experience as special as it was, was just the enthusiasm and the hospitality of the people of Taipei.

Pinsent added that having four members of his team compete at the Games was exciting and rewarding to see “how well they held up at that stage, how well they competed and how well they raise their standards when they are surrounded by players of high calibre.”

Lees, who is now his fifth season at UNB, felt an advantage playing with his Varsity Reds teammates, and having a familiarity with Pinsent’s coaching style. That allowed the UNB contingent to help the rest of the team adjust.

Lees said he was proud of the accomplishments that the team made in both the games they won and lost.

“It meant a lot to go across the world and play in Taipei with a bunch of people I didn’t know much about,” said Lees. “But we all came together quite nicely and performed well in the Games so it meant a lot to represent Team Canada.”

Coach Pinsent said he was proud of the team’s 3-3 record, as they had five days of training together before the competition, as opposed to several other countries who fielded teams that are together all year round, or for months before.

“We put a great emphasis on that in our training camp leading up to the games that we wanted to have an identity and we wanted to go there as a team,” said Pinsent. “I think the guys really bought into that and it was reflected by their performances on the field.”

We all came together quite nicely and performed well in the Games so it meant a lot to represent Team Canada.

After competing in the Universiade, Lees said he would bring back a higher level of intensity to UNB this season. Training and playing under the extremely hot weather conditions in Taipei was both mentally and physically demanding on his body. Pinsent also took note of the way teams from around the world all brought their own ways of approaching the game. 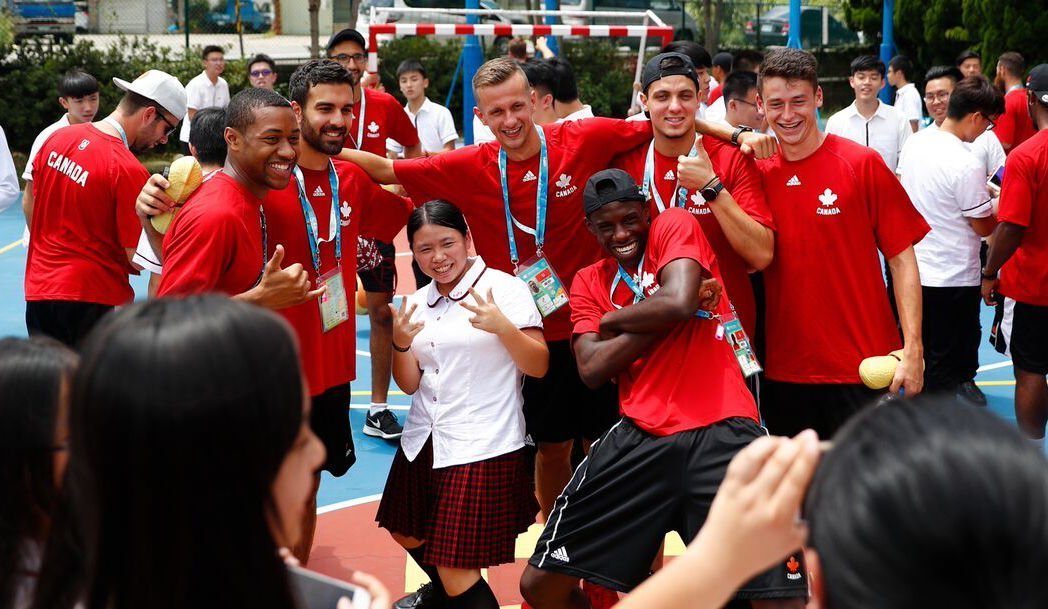 “You can see it on TV, read books and watch videos on it, but when you are there in person it shows that there are different ways to play the game and it was fun to experience that,” said Pinsent.

It was a very rewarding and unique experience that I think every student athlete should attain to try and get there and if they have the opportunity. I think it’s one in a lifetime.