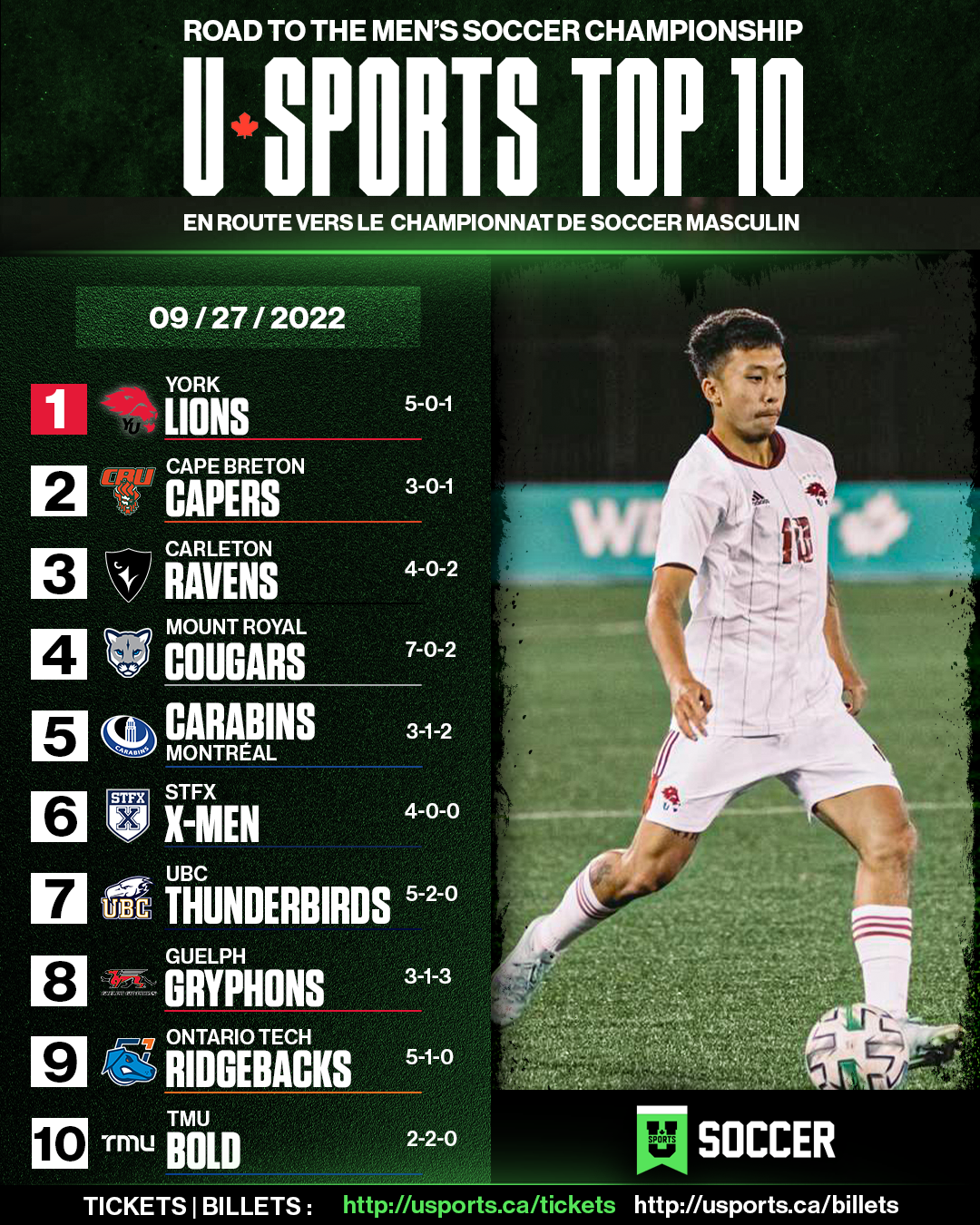 No. 1 York Lions are back on top of the U SPORTS rankings, while No. 8 Guelph Gryphons drop three places following last weekend's OUA West faceoff. In a rematch of the 2021 OUA men's soccer championship, the Gryphons drew the Lions 2-2, becoming the first team to take points off of York. On home soil, the Lions claimed the kingdom 2-0 over the Gryphons in Sunday’s rematch.

Post-tropical storm Fiona curbed AUS action leaving the No. 2 Cape Breton Capers and No. 6 StFX X-Men with sets of postponed matches. No. 3 Carleton Ravens took down No. 10 Toronto Metropolitan Bold 3-0 at Downsview Park in Toronto, followed by a scoreless draw against the unranked U of T Varsity Blues on Sunday.

After back-to-back shutout victories, No. 5 Montreal Carabins jumped two spots over the now ranked No. 9 Ontario Tech Ridgebacks, who dropped three places following a 1-0 loss to the No. 10 TMU Bold.

No. 7 UBC Thunderbirds (5-2-0) enter the rankings after defeating the Saskatchewan Huskies 4-0 at Thunderbird Stadium.