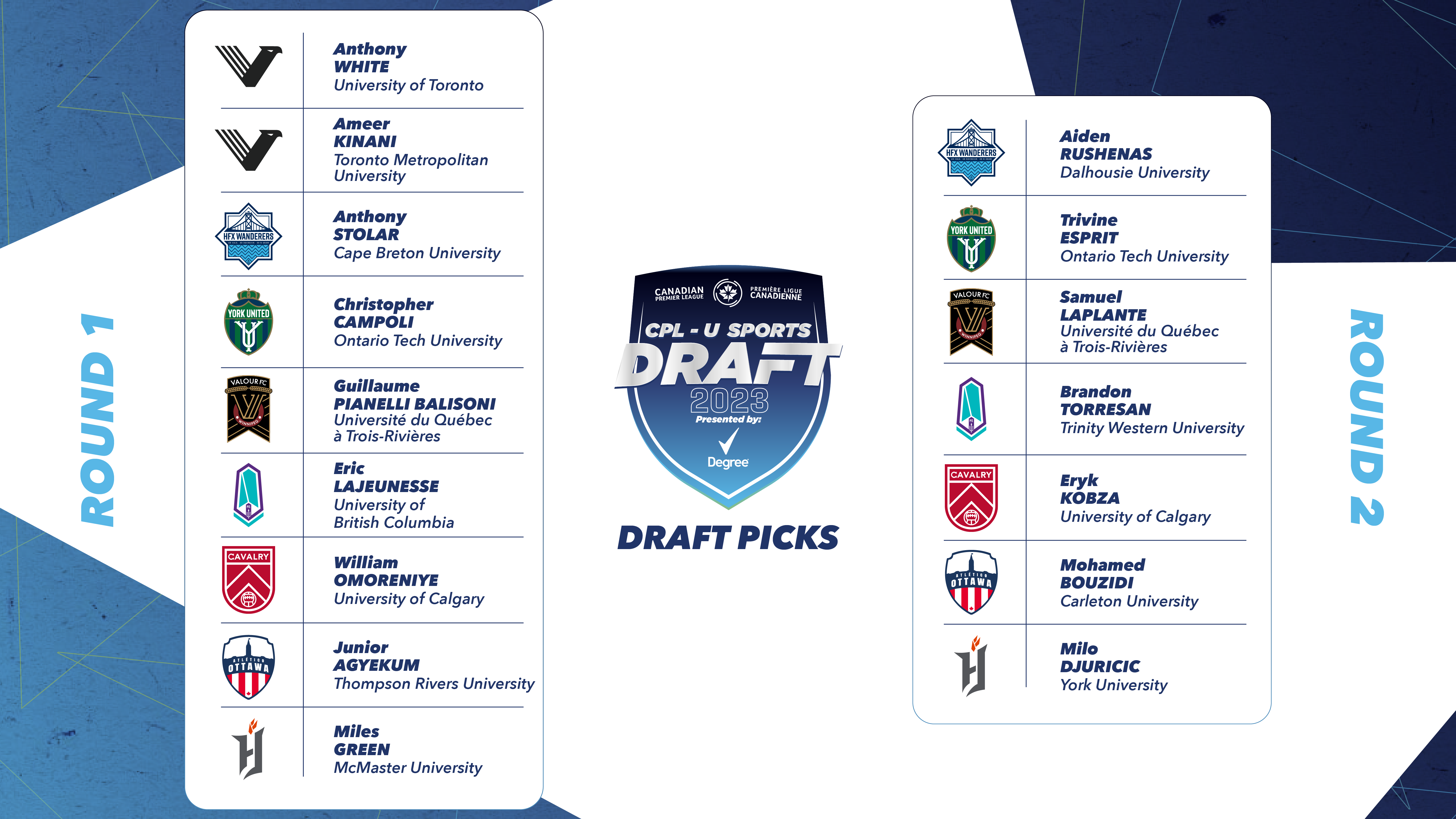 Sixteen U SPORTS student-athletes are one step closer to the professional game after they were selected by Canadian Premier League clubs in Thursday’s 2023 CPL-U SPORTS Draft presented by Degree.

The live broadcast of the show, hosted by OneSoccer’s Adam Jenkins and streamed live on OneSoccer and CBC Sports’ YouTube channels, saw all eight CPL clubs each select two players from a prospect list of 199 U SPORTS athletes who declared for the draft, the biggest prospect pool in league history. The draft was open to any U SPORTS underclassmen with one to four years of U SPORTS eligibility remaining, provided they were in good standing with their school’s athletic program and educational institution and were planning to return to school the following year.

With the first two picks of the draft, expansion side Vancouver FC selected defender Anthony White from the University of Toronto and forward Ameer Kinani from Toronto Metropolitan University. From there, selection order was based on the 2022 order of finish, with the last-placed team selecting first. CPL champion Forge FC selected last in both rounds. Vancouver did not have a pick in the second round.

Once selected, players may be invited to pre-season training with their prospective club, where they can compete for a roster spot for the 2023 CPL season.

Media can find more information on the picks from the 2023 CPL-U SPORTS Draft presented by Degree by visiting CanPL.ca.

The CPL-U SPORTS draft plays a key role in the player development pathway in Canada, serving as a critical link between the Canadian university and professional games since its inaugural iteration in 2018. The draft provides a unique opportunity for student-athletes to earn professional experience while maintaining their eligibility to return to U SPORTS competition.