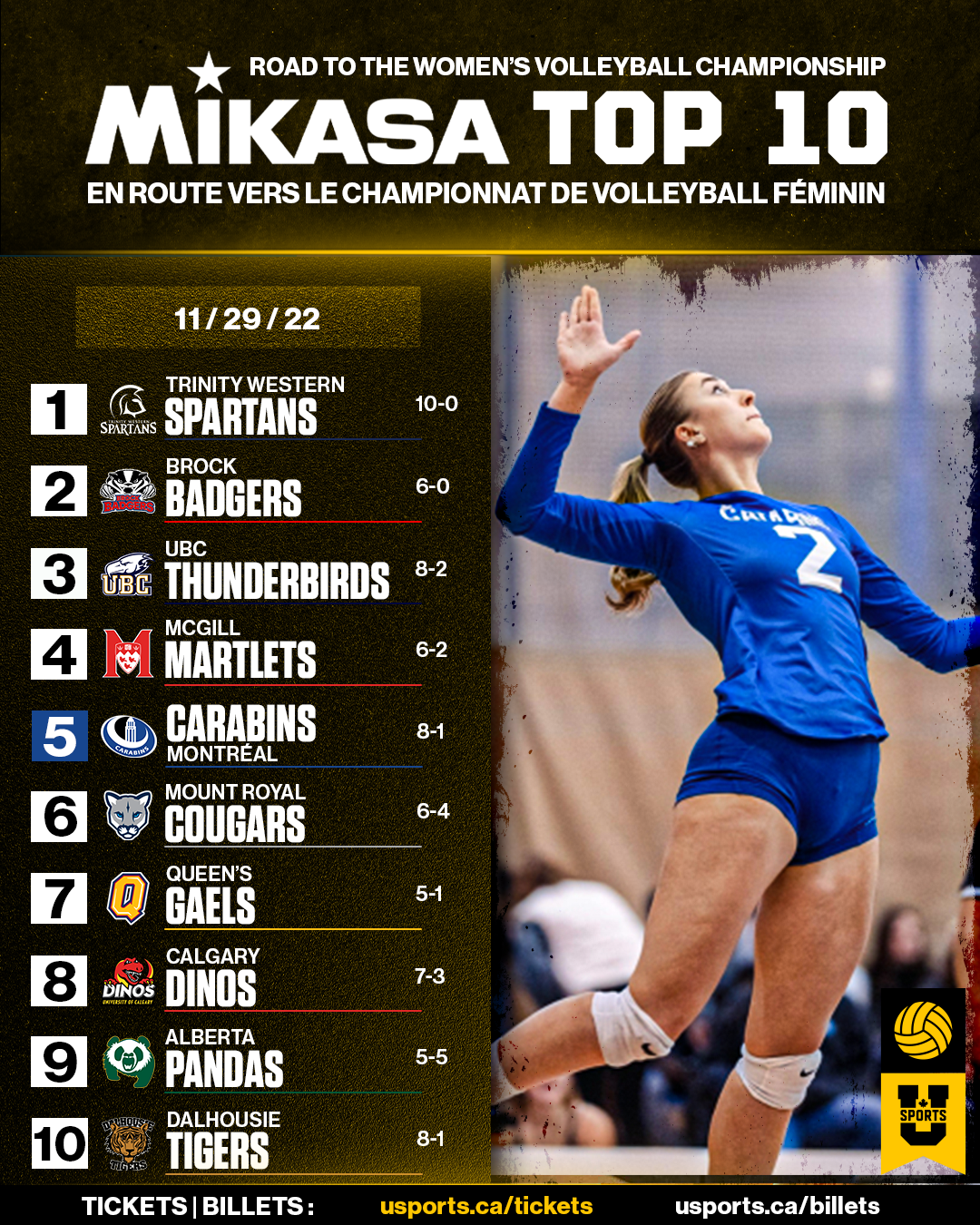 U SPORTS announced today the Top 10 ranking in women’s volleyball for the period ending November 27, 2022.

Big weekend performances for Montreal and Calgary shake up the women’s volleyball Top 10 after the Carabins (8-1) defeated UQTR and the then-ranked No. 8 UQAM Friday and Sunday, moving Montreal up four positions to No. 5.

Calgary Dinos (7-3), as the biggest movers this week, burst through the Top 10, landing in the eighth position after back-to-back wins over then-ranked No. 4 Alberta Pandas in Canada West action.

The nation’s top three teams held serve over the weekend with Trinity Western Spartans (10-0) atop the ranking.

Attieh and Canham named U SPORTS volleyball athletes of the week