The Calgary Dinos finished with a strong team showing across their top five to claim their first U SPORTS national championship in cross country as athletes battled strong winds in Kingston, Ont., at Fort Henry Hill.

A balanced attack that included the individual bronze medal going to Russell Pennock saw the Dinos climb to the top of the podium for U SPORTS gold.

Calgary finished with three All-Canadians in the race as Pennock was followed close behind by Eric Lutz in ninth and Stefan Daniel in 10th. Ryan Grieco (21st) and Tyler Kiyonaga (32nd) rounded out the top five for Calgary as they finished with a team score of 75 which was 14 points ahead of second-place Guelph and 19 ahead of third place McMaster.

"It's quite amazing that the guys were able to do this. I'm really proud of them, they showed up, aimed towards a national championship and did everything they could,” said Dinos head coach Doug Lamont. “In cross country, nothing's typical. Everybody has to deal with the conditions and our guys showed up today prepared to compete and did it all. It wasn't any one individual who made it all happen for us it was because all seven of us stepped up on the day.”

The U SPORTS men’s champion was Connor Black from the Guelph Gryphons who ran the 10km race in a time of 31:13, which included a tight sprint down the finish as he fended off silver medalist Jean-Simon Desgagnés of the Laval Rouge et Or by a fraction of a second. 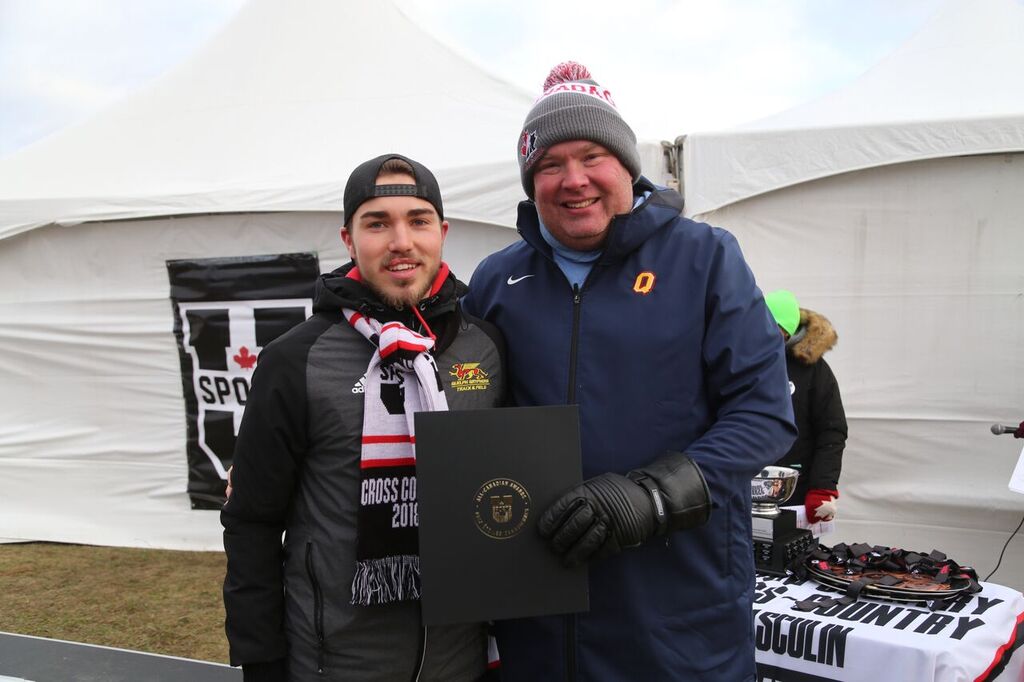 "There's no words," said Black, the U SPORTS Cross Country Male Athlete of the Year. "I told myself I was going to let things play into my hands and I went out there and capitalized. The weather was fine, just had to hang back early and then hang in for the rest of the race."

The host Queen’s Gaels were still able to come away with some hardware as Ruben Sansom took home the Rookie of the Year honours, while Lamont was named the Coach of the Year.