Sydney, NS – Sophomore defender Abbey Wright scored the game-winner in the 81st minute as the MacEwan University Griffins edged the Queen’s Gaels 2-1 in the opening quarterfinal match of the 2021 U SPORTS Women’s Soccer Championships on Thursday morning.

On the Wright tally, she took a nifty through ball from third-year defender Hannah Supina before depositing a shot behind Queen’s freshman goalkeeper Kirstin Tynan.

In an evenly-matched first half, the sides exchanged early corner and free kicks, but both could not get on the scoresheet.

In the 35th minute, the Griffins opened the scoring when fifth-year forward Salma Karnel volleyed a shot over the head of Tynan to make it 1-0.

The MacEwan edge was short-lived when freshman midfielder Marissa Gravel tallied for the OUA champions in the 40th minute to tie the contest at 1-1.

Early in the second half, the Gaels garnered the first quality scoring chance, when sophomore forward Cecilia Way got behind the Griffins’ defense, but sophomore goalkeeper Breanna Truscott darted out to take the ball off her foot and make a sliding save.

Shortly after the Griffins took the lead on the Wright marker, they almost added an insurance goal but the shot attempt rang off the crossbar.

With the victory, MacEwan advances to the semifinals, where they will face the winner of the quarterfinal matchup between the Acadia Axewomen and UBC Thunderbirds, on Saturday, Nov. 20, at 11 a.m. AST, while Queen’s will move on to a consolation semi-final on Friday, Nov. 19, at 4 p.m. AST, versus the loser of the Acadia-UBC quarterfinal. 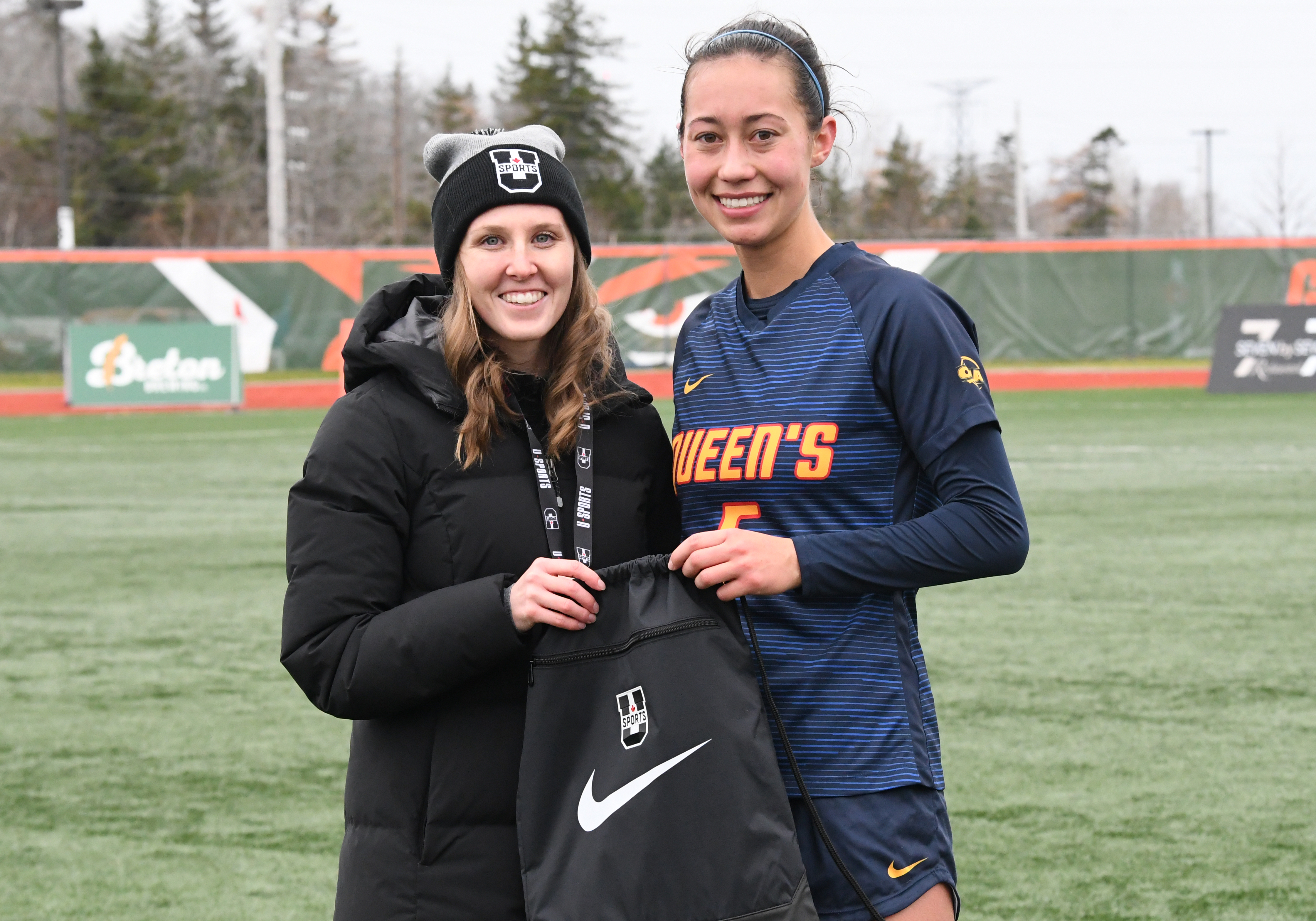 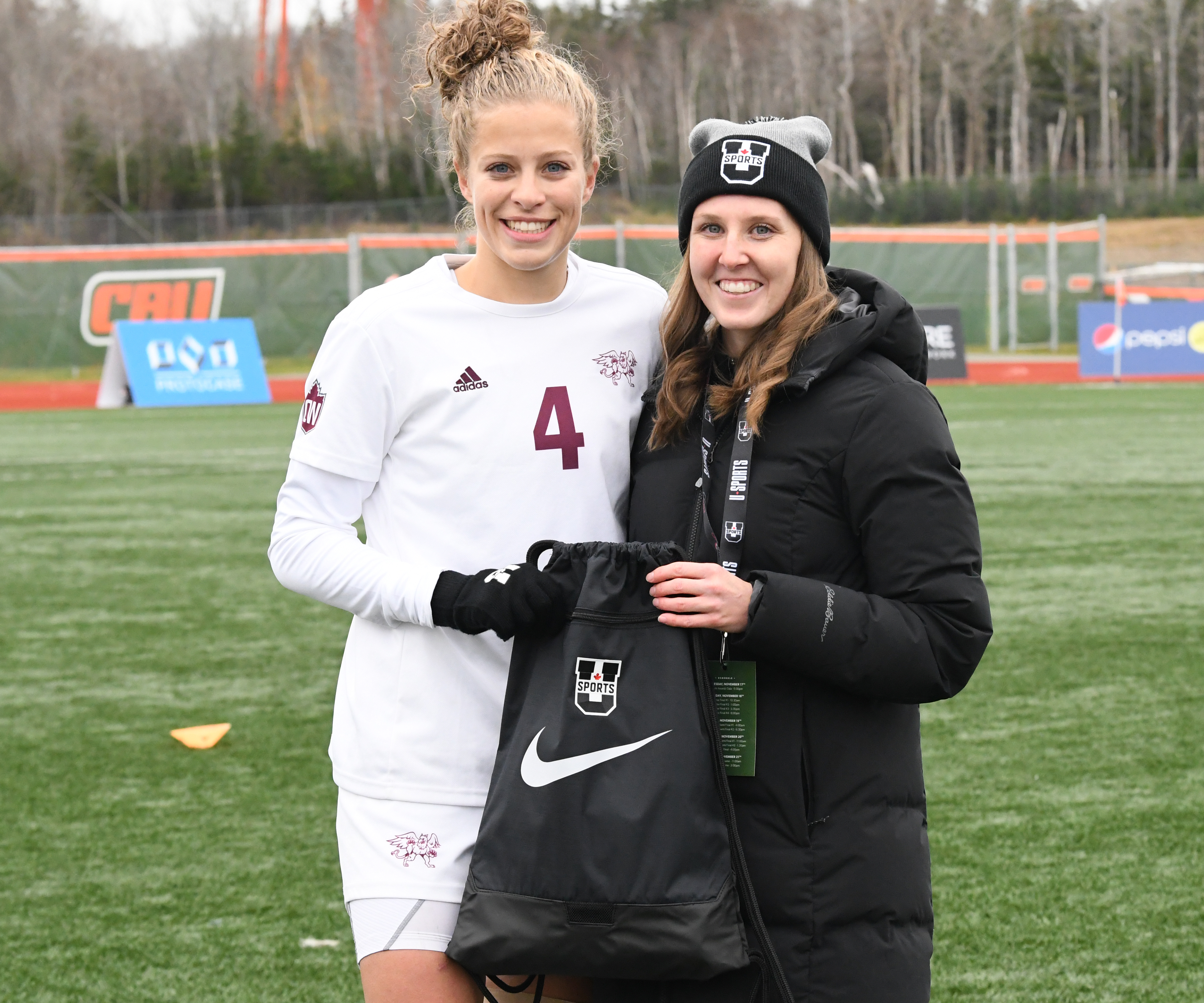