Rookie forward Gabriel Wiethaeuper-Balbinotti’s tally in the 51st minute was all that the UQTR Patriotes required, upsetting the Canada West champion UBC Thunderbirds 1-0 in the second quarterfinal match of the 2019 U SPORTS Men’s Soccer Championship presented by La Cage – Brasserie sportive in Montreal. 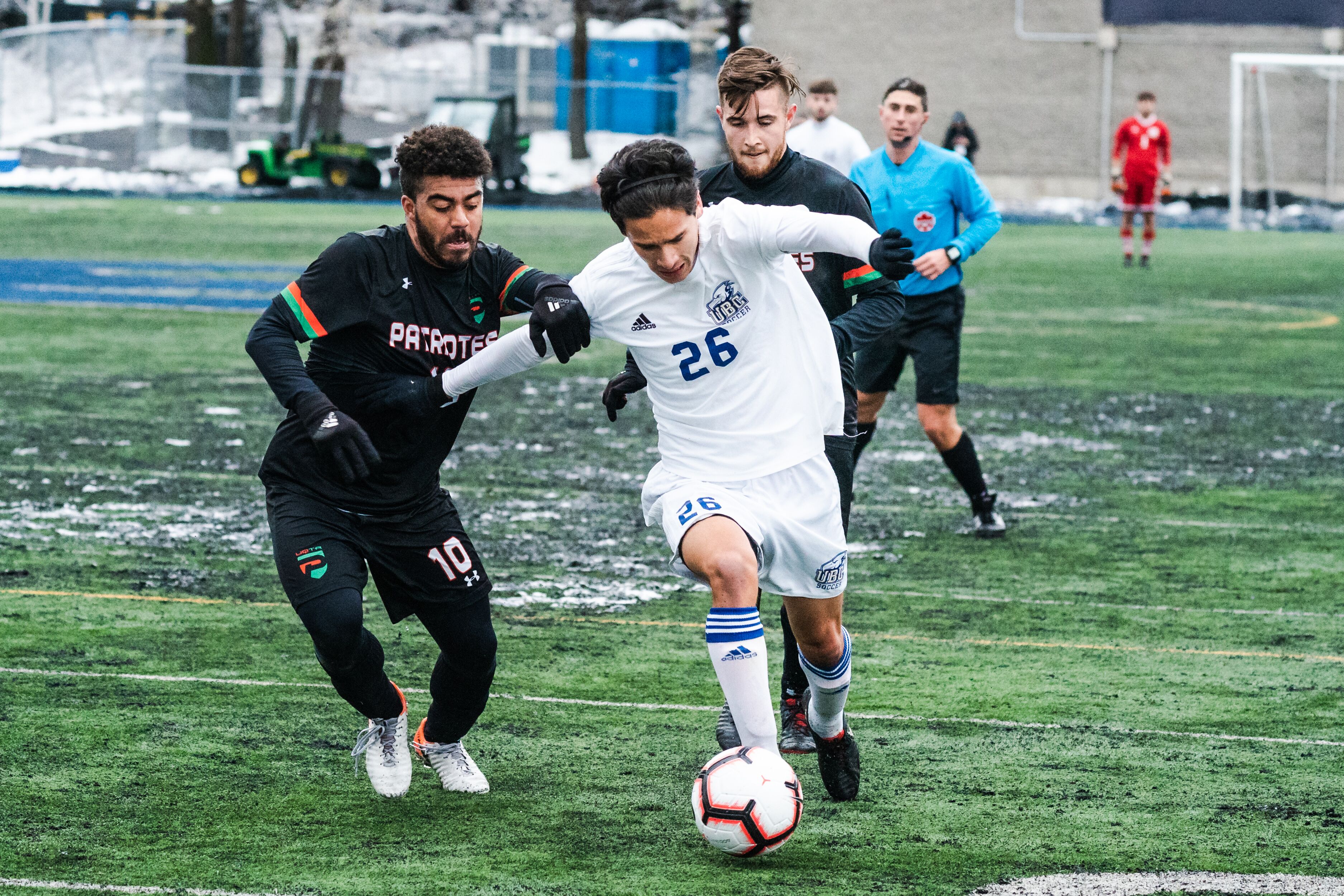 Third year goalkeeper Félix Clapin-Girard turned aside all of the eight shots that he faced to give the Patriotes their first win at a U SPORTS championship since a 2-0 shutout versus the host Saint Mary’s Huskies at the 2001 CIS Championship.

“It was a tough match because of the extreme cold,” said Patriotes head coach Shany Black. “In the second half, we simplified our attack and tried to increase the speed. Now we have to refocus for tomorrow’s national semifinal.”

For third-year Thunderbird defender Jackson Farmer, his team missed key opportunities to take control of the game in the first half.

“We were unlucky in the first half. We missed a bunch of chances to score early in the game but we kept with our game plan, forcing the play to try to score, but we just couldn’t get one past their keeper.”

The Patriotes advance to Friday’s semifinal against the Carleton Ravens at 4 p.m. ET / 1 p.m. PT , while the Thunderbirds will play the AUS finalist StFX X-men in the consolation semfinal Friday morning at 10 a.m. ET / 7 a.m. PT