They say that April showers bring May flowers.

Here’s hoping torrential Ottawa downpours bring great football because that’s what we got in Ottawa on Friday before kickoff Saturday.

As always at East-West Bowl Week, Friday is a much more low-key day. Just like a regular season setup, the start of the week features the more physical practices built to test and challenge everyone in order to see who is ready to put their best foot forward come game day on Saturday.

On Friday, Team East took to the field at 9:00 a.m. sharp in an attempt to avoid the skies breaking. In a walk through led by Queen’s offensive coordinator Tom Flaxman, the Eastern squad put in all the bells and whistles required to compete in any game regardless of format. From quarterback sneaks to special plays drawn up last second in hopes of scoring that coveted big showcase game touchdown, the offensive line made their way through footwork progressions and the defence discussed adjustments to anything Team West might throw at them in-game Saturday afternoon. 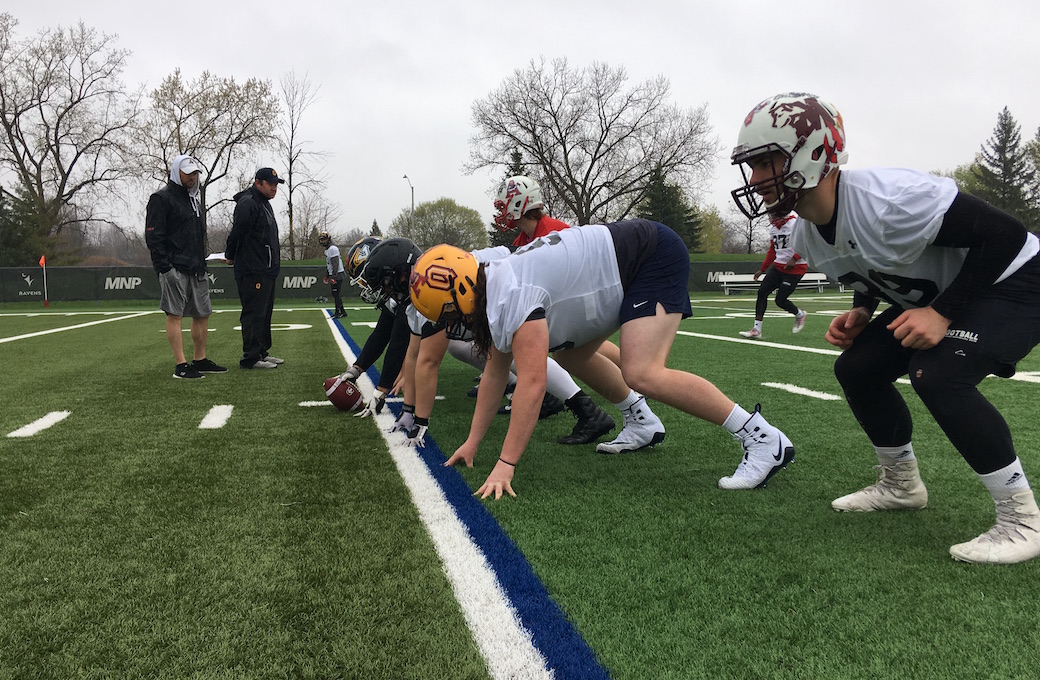 At 9:30 a.m. local time, Team East was off the field and headed for their team picture which left only the West walkthrough for on-field action at the 2019 East-West Bowl.

Instead savvy head coach Greg Marshall of the Western Mustangs moved the proceedings indoors, where the West refined their game plan as the East did earlier outside.

Once that workout wrapped, the players devoured their day-before meal from the fantastic staff at the Carleton Events cafeteria. All that is left to accomplish this evening is final meetings and a word or two from the coaches to inspire confidence for Saturday, when the best soon-to-be fourth-year Canadian football players that will hit the U SPORTS turf this fall come together. 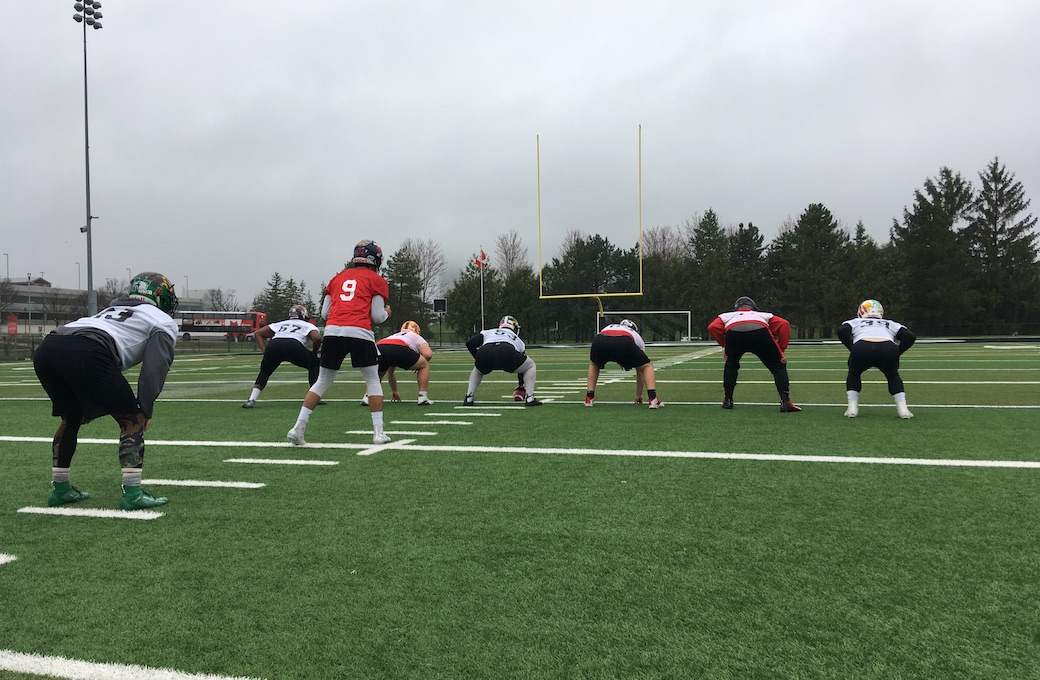 Friday at the East-West Bowl is a funny thing. All week, players are on a tight schedule being shuttled between meetings, film, physical therapy, on-field workouts and meals before crashing into their pillows and doing it all again the next day.

In the Carleton Athletics Centre all day Friday, there are groups of players wandering around together. Anxiously awaiting their opportunity to make a play and have their name called as Game MVP by late Saturday afternoon.

With the talent in this class, I can’t wait to see who steps up and plays to their potential.

The nation’s top university level football talent is coming to Ottawa as Carleton University will host the 2019 U SPORTS East-West Bowl at MNP Park on Saturday, May 11.

East-West Bowl a coaching battle for the ages