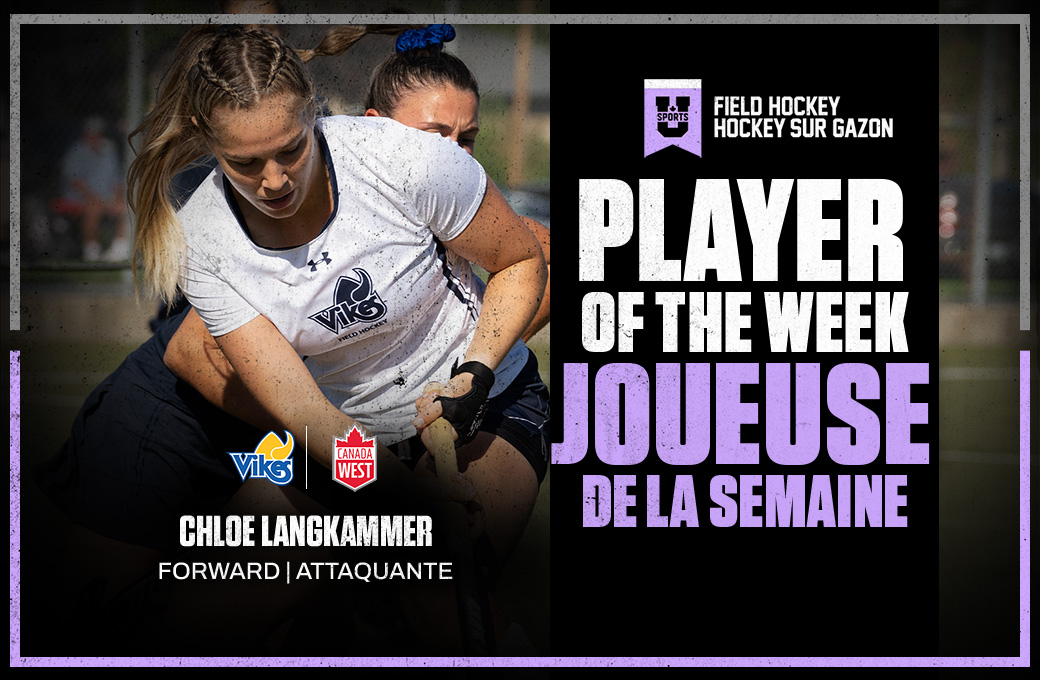 Victoria’s Chloe Langkammer scored five goals over the weekend as the Vikes swept the Calgary Dinos and moved into first place in Canada West after the penultimate week of the season. On Saturday, the Cowichan Secondary alumna scored twice as the Vikes cruised to an 8-0 win over Calgary. The second-year forward followed up with a hat trick on Sunday in a 7-0 whitewash.

The Vikes (5-0-1) close out the Canada West season this weekend as they visit UBC in a two-game series that will determine who will win Canada West and go on to host the 2022 U SPORTS Field Hockey Championship.