After 10 years of playing competitive football, Marcus Arkarakas thought he knew the game pretty well. But it wasn’t until he began seeing the game from the perspective as the Golden Hawks’ offensive assistant coach, that he learned there is much more to football than the game itself.

One of the biggest things since being a coach, it’s about being able to associate when (the players) are my friends and when I’m a coaching them

“Some of these guys are my best friends and built relationships over the last four years and now I’m having to coach them. It’s about being able to separate that and how to talk to them.”

A Richmond, Hill, Ont., native, Arkarakas began playing football for the physicality and pure fun of the game. But when he saw that his abilities on the field were better, if not just as good as everyone else in high school, he became determined to do the same at the U SPORTS level.

His talent and passion for football landed him at Wilfrid Laurier University after being recruited by current Golden Hawks head coach Michael Faulds. From there, the team would go from a 1-7 record in their first season in 2013, to 7-1 last year, hoisting the OUA’s Yates Cup en route to a Uteck Bowl national semifinal appearance.

“That (first) year, we were in games but we couldn’t put it all together. We left on a good note, knowing we were competing with some of the best teams, and we were a very young team at that time,” Arkarakas recalls. “After that, Coach Faulds’ leadership level went up, the people around him, the players got more mature and everyone bought into the process, and then three years later we’re here with a Yates Cup title, and hungry for a Vanier.”

After a busy offseason which saw Arkarakas participate in the CFL Draft Combine, things were looking good for the six-foot, 200-pound wide receiver. But after tearing his ACL and meniscus during a practice session, plans changed. After a successful surgery, all he wanted to do was contribute to the team again. 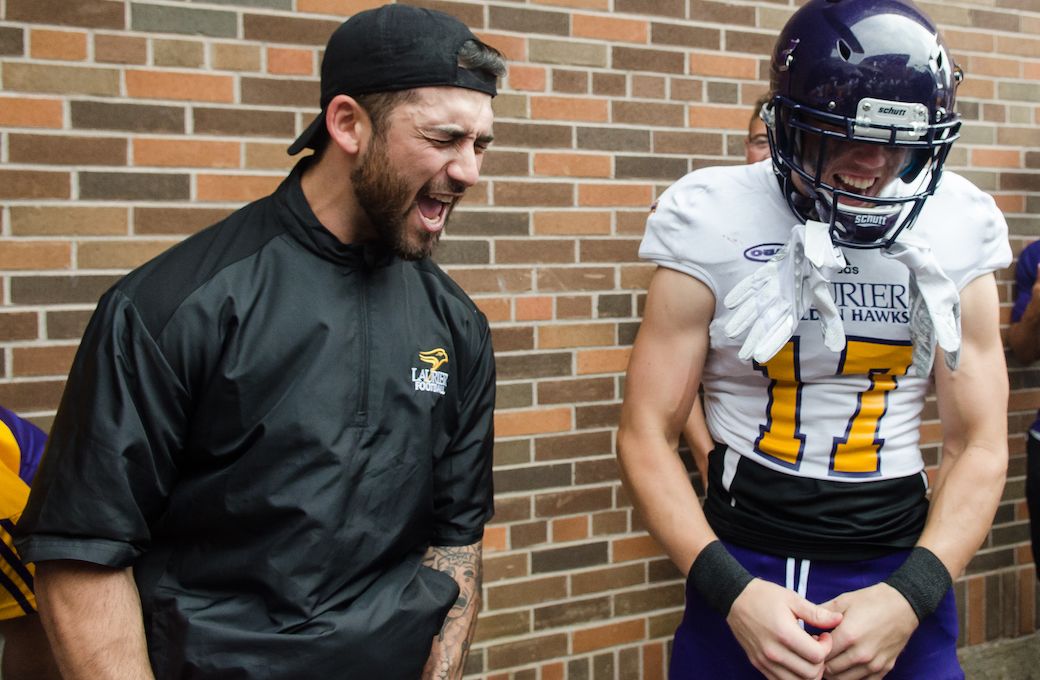 “Before we found out about the knee, (Coach Faulds) said if I was really out for the season, worse-case scenario, ‘We’d love to have you helping out the receivers,’” Arkarakas recalls. “After we found out about the knee, I was on board. I feel like (after) four years dressing on the team and three years starting, I am a knowledgeable source for some of the younger guys and even the guys I played with. It’s not the same as being able to play but it’s definitely the best case scenario for the situation I’m in.”

On a team where so many players are passionate about the game, Faulds couldn’t be happier with having Arkarakas on the coaching staff. Getting the chance to join the York Lions coaching staff at age 25 as an offensive coordinator, Faulds understands the influence that young athletes like Arkarakas can bring to a veteran staff.

There are certain guys that just see the game a little bit differently and Marcus always was one of them.

“I could see it early on in Marcus, even as a freshmen player, he picked up the offensive system much faster than most rookies, even veterans do,” says Faulds, winner of the Frank Tindall Trophy as U SPORTS Coach of the Year last season. “There are certain guys that just see the game a little bit differently and Marcus always was one of them.” 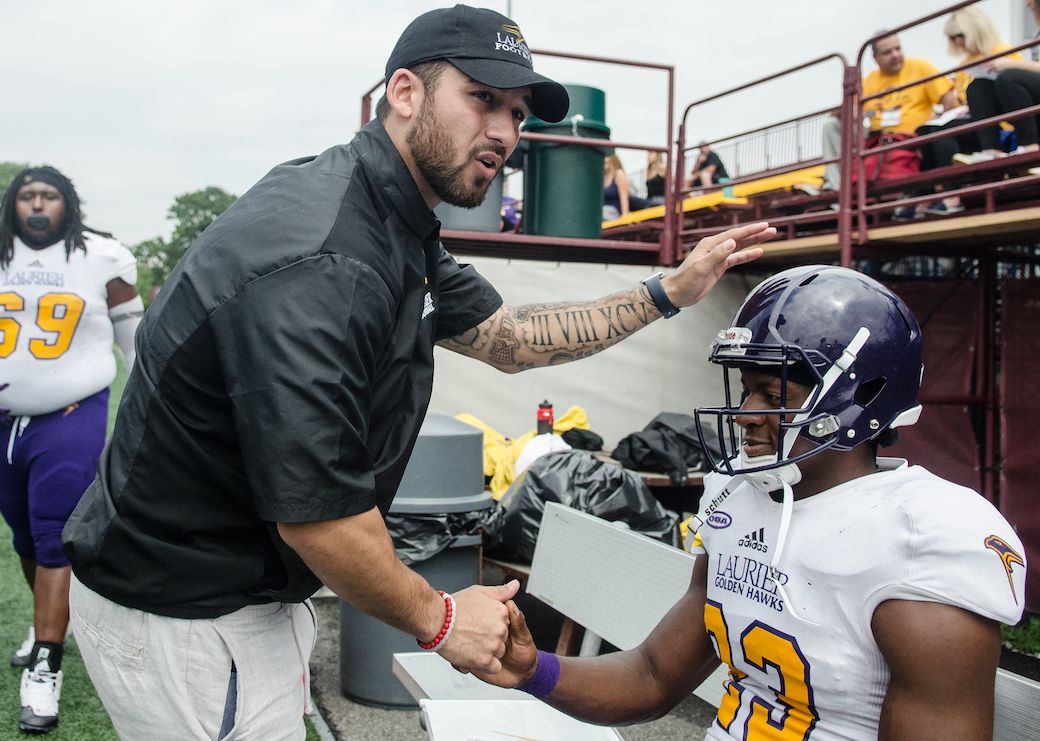 With the support from everyone around him, Arkarakas is focused on getting healthy again.  If all goes well, he’ll participate once again at the CFL Regional Combine in March. The team culture that Faulds has instilled has been one of hard work – exactly what Arkarakas pledges he will continue to follow.

Football Weekend Watch: No. 1 Montreal one of seven teams hoping to stay undefeated in Week 4