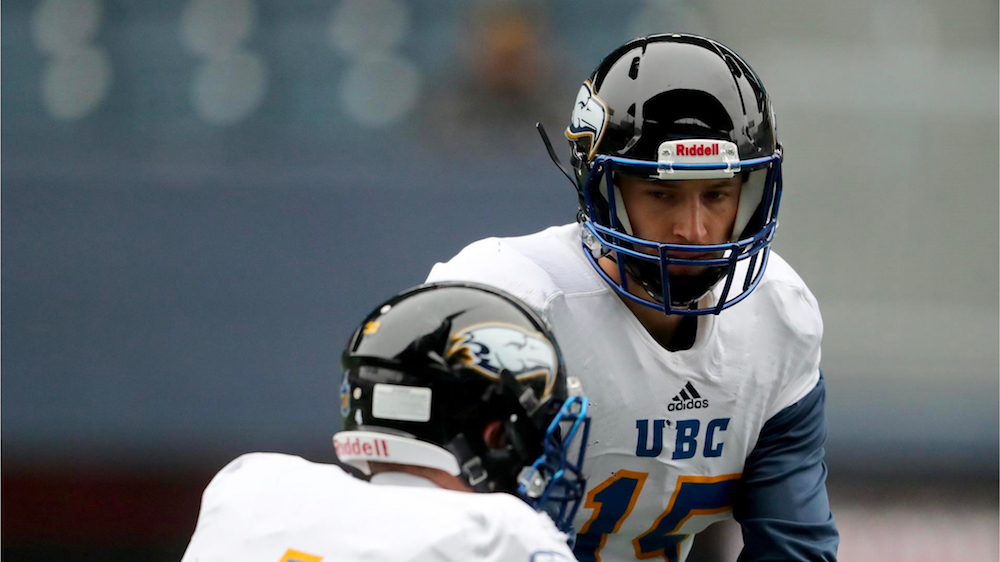 Liftoff took a while Saturday for the UBC Thunderbirds, but when they finally got air born, it was Michael O'Connor who played a big role in making it happen. The veteran quarterback posted his biggest day of the season Saturday in UBC's 38-34 come from behind overtime win over the Manitoba Bisons. Trailing 31-13 at the half, O'Connor and the UBC offence rallied in the second half, scoring 18 points to send the game to overtime. A Ben Cummings TD reception from O'Connor was the game's winning score in overtime, as the T-Birds defence also upped their game, shutting Manitoba out in the third and fourth quarters. By the time the dust had settled on O'Connor's big day, he had posted 467 passing yards, and tossed four touchdowns, while going 36-for-49. 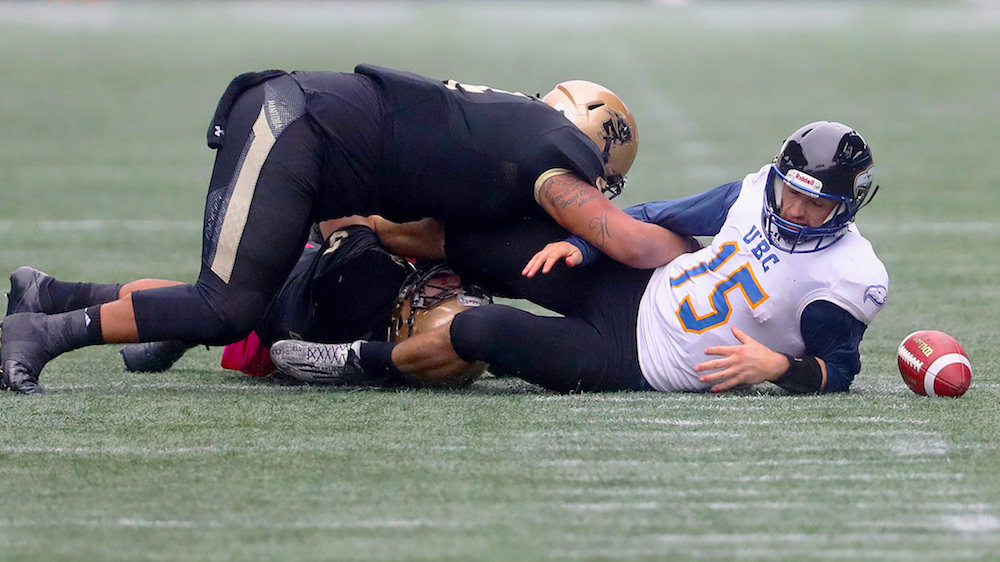 Kent, a fourth-year arts student registered six total tackles, with 2.5 of those coming via sacks. Hicks’ sack tally was the highest single-game total in the conference this season, and the eighth multi-sack game across the conference in 2018. Hicks also forced a fumble on the afternoon when he sacked O'Connor, as the 'Birds were driving late in the first half. A native of Abbotsford, B.C., Hicks finished the season with 18 total tackles, including 3.5 sacks.

DiFonte put his name in the U SPORTS record book Saturday, booting seven field goals against the Alberta Golden Bears in a 52-6 road win for the Dinos. DiFonte's seven field goals ties him for third nationally, behind only Concordia’s Warren Kean with nine (Oct. 21, 2006 vs. Saint Mary’s) and Laval’s Boris Bede with eight (Sept. 20, 2014 vs. Bishop’s).

Along with scoring 21 points via field goal for Calgary, DiFonte added four extra points, and a trio of points via the rouge to end the day with 28 points. The third-year arts student finished the season with 24 field goals on the season, which is tied for seventh in the U SPORTS record book. DiFonte also earned a place in the Canada West record book for points in a single season, as he wrapped up 2018 with 107, which sits fifth all-time.