1. How did you first get involved in coaching?

I first got involved in coaching as a high school teacher at Father Michael Goetz High School in Mississauga, Ont. During my time there I coached football, basketball and track and field.

In 2004 and 2005, I was given the opportunity to visit StFX as a guest football coach for spring camp as well as training camp. A year later in 2006, I was offered the position of Defensive Coordinator for the X-Men football team. I accepted the role and our family moved to Antigonish, N.S.

I can truly say that every coach I have ever worked with has had an impact on me in some way. I consider myself a lifelong learner, and I have made it a point to pay attention to all of the coaches I have come in contact with over the years. There is always something to be learned from everyone, and if you can take just one positive thing from each person you can really grow as a coach and as a person.

I have always looked at coaching as teaching, so I would consider myself a person who believes in teaching athletes. For most of my professional career, I have worked in an educational environment. Emphasizing the importance of academics along with athletics makes for a successful student-athlete experience.

Although it is not necessarily my favourite team, I think it is hard not to respect the job that Bill Belichick does with the New England Patriots. The culture that he has established within his organization and the level of detail he coaches with should be admired. Belichick’s teams always seemed to be well-coached. They just seem to be the best in the business when it comes to making in-game adjustments. 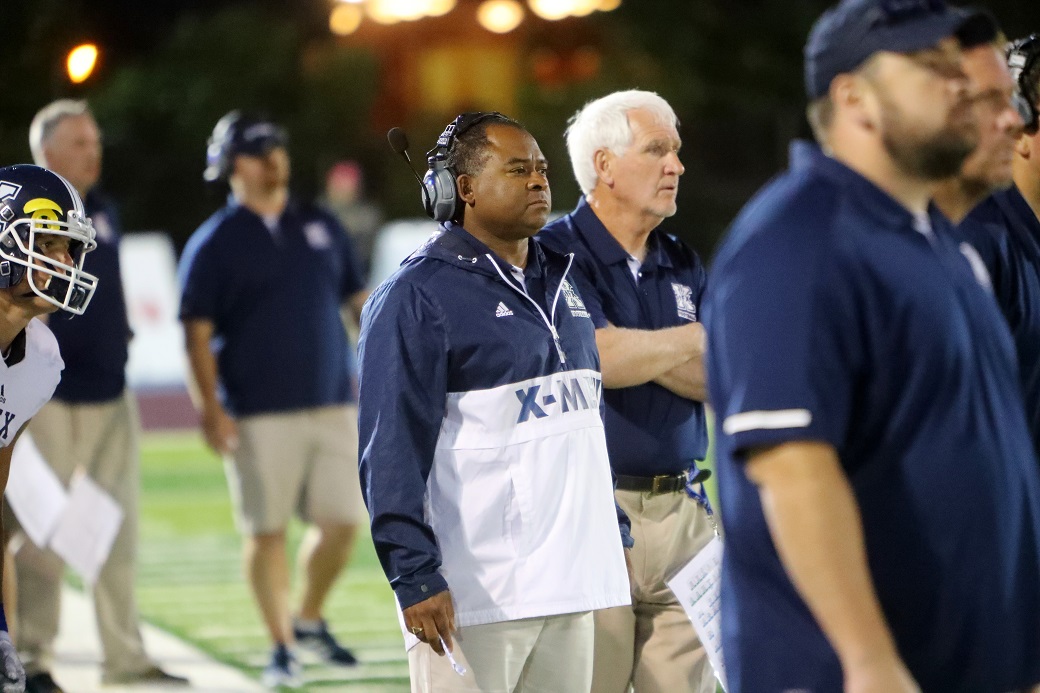 In coaching you have to be willing to try anything and everything if it provides you an opportunity to teach something successfully.

If I could pick one situation it might be the time I asked Mike Cavanagh, the StFX women’s rugby coach, to stop by our practice to work with our offensive line on our QB sneak play. For some reason in that particular season, we were not executing the QB sneak at the level we wanted. Who better to call on than coach Cavanagh? His StFX women’s rugby team is a six-time U SPORTS national champion and they know a thing or two about getting low and playing with leverage. Coach Cavanagh did an excellent job talking about the proper use of legs and how to create push. Our short yardage game improved throughout the season.

Over the years as a high school and university coach I have had many memorable moments, but definitely one of the best moments was finally winning the AUS football championship after what had been a 19-year draught. There were so many teams over that time span that had both the talent and work ethic to win, but for whatever reason we just seemed to be snake bitten and could not catch a break. So to finally win and put that behind us really helped move our program forward in a positive way.

I would tell an athlete to enjoy the journey because it goes by fast. I would tell the parents to be supportive and to encourage their kids to find and live their passion. You cannot put a price on happiness.

I really don’t think that I have changed that much as a person over time, however I think that I have learned a great deal about what is important to me as a coach and about what type of people I want to surround myself with in our program. Going through the exercise of outlining my vision, values and standards has really helped form my operating guidelines. Decisions just seem so much easier to make.

I enjoy spending time with family, attending my kids’ sporting events, and fishing.

I remember a story from my high school football coaching days. I called up Cauchy Muamba, who was one of my players at the time, for a tackling demonstration. My goal was to demonstrate how easy it was to bring a person to the ground in a tight space if you were low enough and got hold of their thighs. The only issue was that when I got hold of Cauchy’s thighs in my demonstration, he chose not cooperate with me. Instead, he decided to fight my demonstration by staying on his feet.

Several yards later (like 30 yards), I continued to drive Cauchy downfield in an attempt to bring him to the ground. Unsuccessful, I got tired and had to stop, only to turn around to a roar of laughter from the rest of his teammates. The lesson had not gone so well.

Cauchy and I still laugh about that incident to this day. The only saving grace is that Cauchy went on to play for me when I became the coach at StFX. He had a great university career and was fortunate enough to continue on with a successful multi-year CFL career.

Bennett: 'I've wanted to have this conversation for a while'