Mack Shields of the York Lions men’s hockey team and McKinley Hunt from the Queen’s Gaels women’s rugby squad are the U SPORTS Male and Female Athletes of the Week for the period ending October 20, 2019.

With two tough OUA matchups looming against Top 10 squads, the York Lions needed players to step up, and step up they did. Perhaps no one shone brighter than Mack Shields (Saskatoon, Sask.); however, who stood tall between the pipes against two of the nation’s best this weekend.

Shields turned away a total of 75 shots across his two games, and while the team narrowly fell to the Ryerson Rams by a 2-1 score to open their week, his stingy play in net helped the Lions overcome the defending conference champion Gaels, 3-0. Against Queen’s, the veteran backstop saw 37 shots, but was up to the task on each. That impressive shutout effort came on the heels of a 38-save effort against Ryerson the night before. Despite the loss, Shields did all he could to give his team a chance in the first of their back-to-back battles, including stopping 17 shots in the third period alone.

In starting four of the team’s first five games, Shields now ranks fifth in the nation in save percentage (.937) and seventh in the OUA goals-against average (2.30). 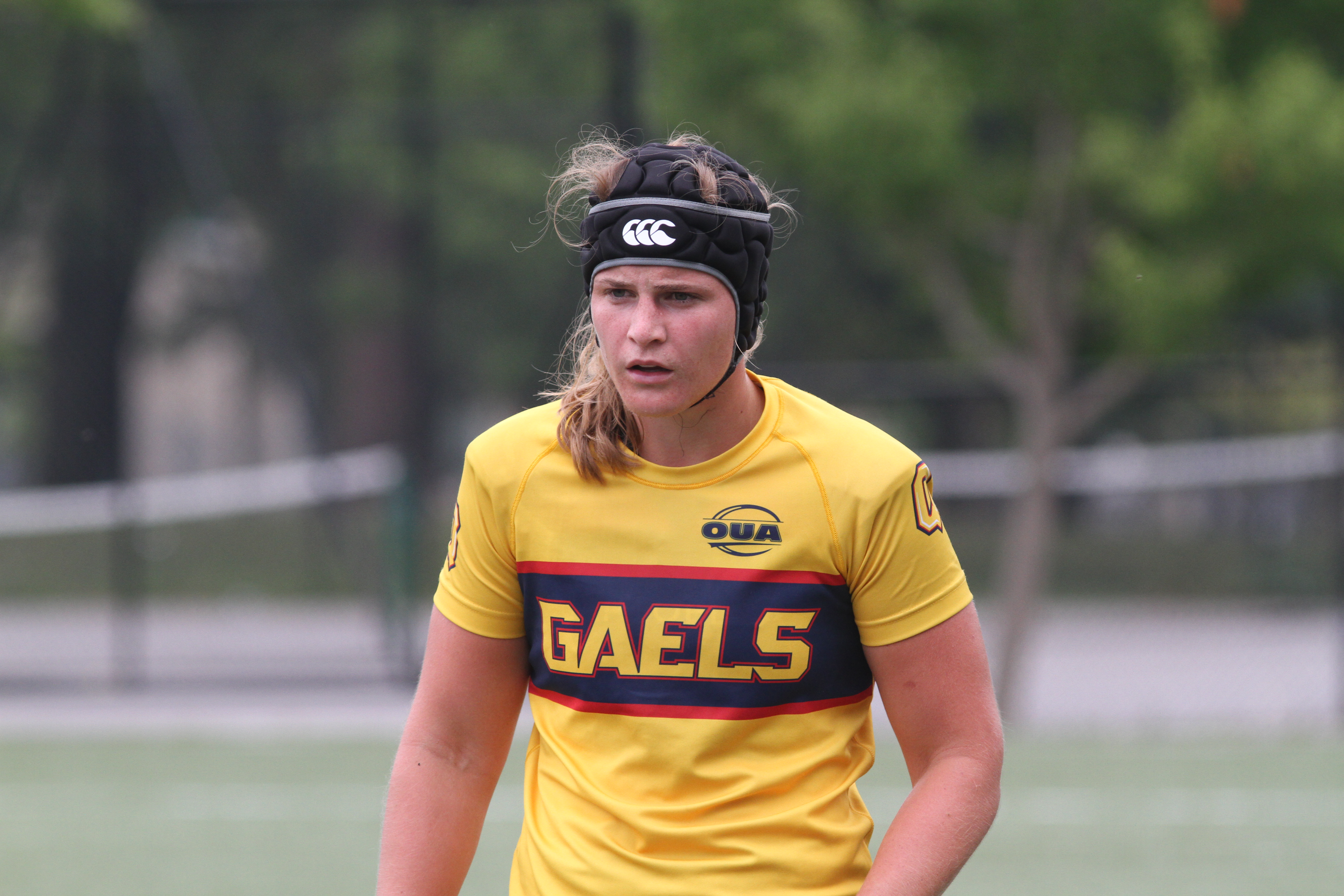 The Queen’s Gaels captured their first OUA women’s rugby title since 2013 on Friday night and they couldn’t have done it without the contributions of all-star McKinley Hunt (King City, Ont.).

In her team’s 46-17 championship win over the Guelph Gryphons, Hunt scored two of her team’s tries, en route to a 10-point night. With her team leading heading into the second half, the Gaels were looking to ensure the three-time defending champions did not have a chance to spark a comeback and Hunt’s two scores were a big part of putting the match out of reach, with both coming in the second half.

The championship win capped off an undefeated season for Queen’s and a resurgent one for the fifth-year 2nd Row, who also earned an OUA All-Star nod in her first season after coming back from a torn ACL.

Top 10 Tuesday: Spartans open at No.1 in women’s volleyball, trio of teams rise to top spot