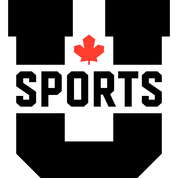 In the 2015 World Junior Hockey Championship, a 19-year-old Mikkel Aagaard donned the coveted “C” on his chest, leading Denmark into a lion’s den of talented opposition.

Aagaard and the Danish squad competed against household names like Connor McDavid, David Pastrnak and William Nylander, all of whom are considered some of the best and brightest stars in the world of hockey.

Now as a member of the Guelph Gryphons and U SPORTS All-Star team, Aagaard has a chance to play against the very team that beat him five years ago. Alongside the best players in Canadian university hockey, the U SPORTS All-Stars will battle it out in a two-game series in Oakville, Ont., against this year’s contingent of Canadian junior hopefuls looking make the final roster.

“It’s a little bit different. Obviously, I’m really excited about it. I’m really honoured to be representing Guelph at the U SPORTS (All-Star) Series. This time it’s under different circumstances,” says Aagaard, “We have a couple years on them, where before (with Denmark), we knew we were the underdogs and it was going to be a tough game to win. It’s a strange feeling, but an exciting feeling for sure.” 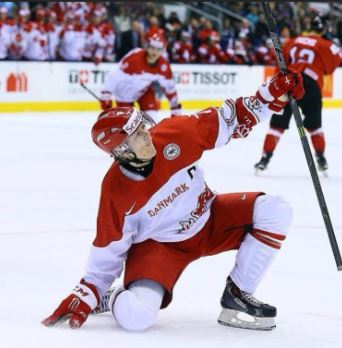 Being the captain of Team Denmark during the 2015 World Junior Championship held in Toronto and Montreal is one of many career highlights for the 24-year-old centreman, who already possesses a lengthy international and professional resume.  In the tournament, newly-promoted Denmark made their mark by advancing to the quarterfinals, surprising many with an exciting shootout victory against Switzerland — a moment Aagaard wont soon forget.

“It’s probably one of my favorite moments in my hockey career so far,” says Aagaard. “Going into the tournament we obviously knew we were the underdog. We knew we had to play really well if we were to do any damage in the tournament.”

In the tilt against the Swiss, Aagaard scored a pivotal game-tying goal late in the second period. The game would eventually go to a shootout where the young Danes outlasted their counterparts in a thrilling finish to the tournament’s group stage.

“If we were to beat Switzerland, we were going to stay in the top division and make it to the quarterfinals. That game was super important to us,” says Aagaard. “It was an amazing feeling scoring a goal, but also scoring a goal in such a setting and such an important goal at the time. Especially looking back at it right now, it’s a really memorable and special feeling.”

Before the bright lights on the international stage of the World Juniors, Aagaard’s hockey career came from humble beginnings. 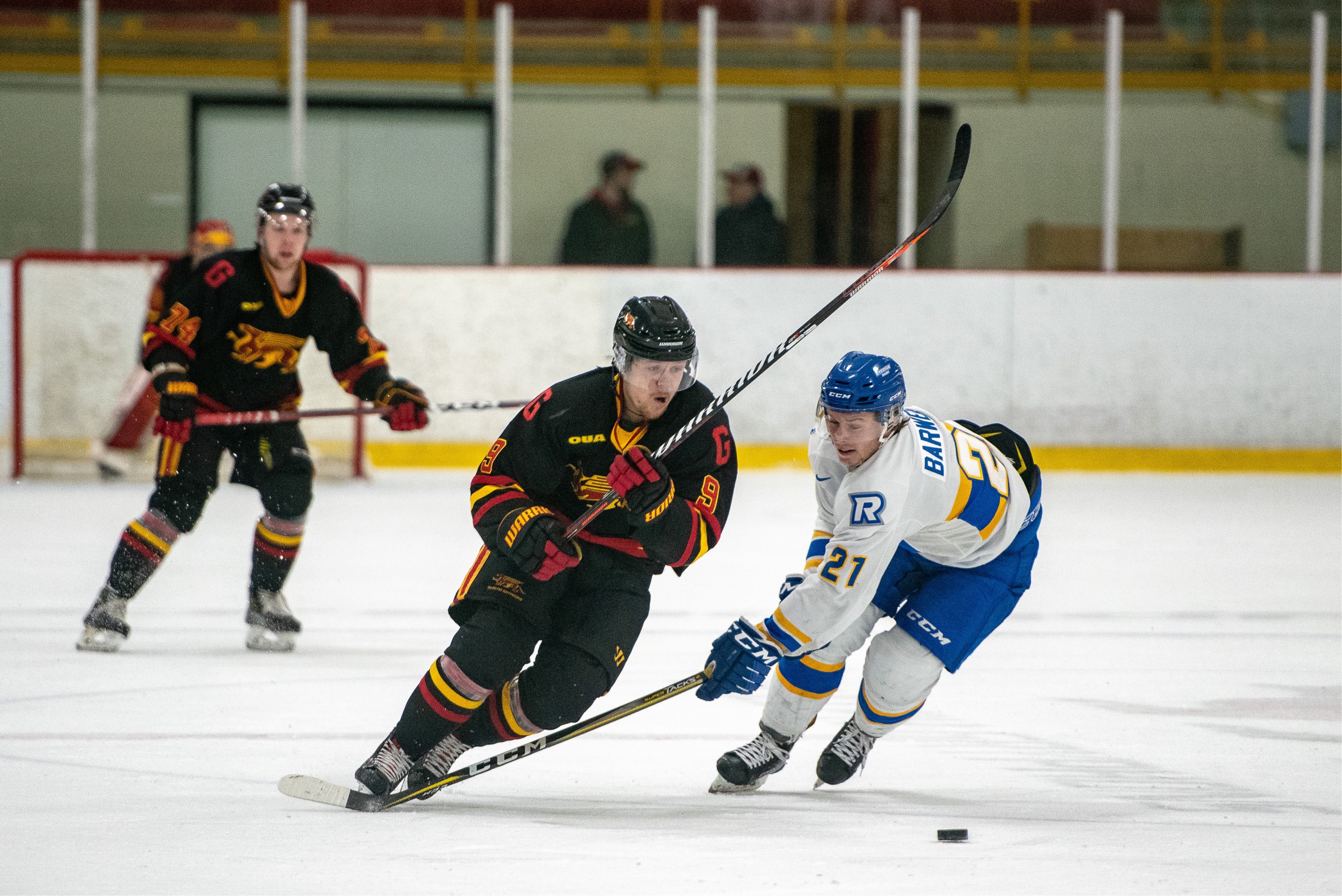 Growing up in the small fishing town of Frederikshavn, Denmark, Aagaard watched his older brother, Mads, while their father stood behind the bench.

“Growing up, my brother played, he’s three and a half years older than me. I was always at the rink, always going on hockey trips with him,” recalls Aagaard, reminiscing about his introduction to the game of hockey. “Me and (my) mom would travel with them whenever he’d play. Just being there, supporting and backing him up.”

When it was his turn to lace up the skates, Aagaard would play on teams with older kids— a product of growing up in a small community.

“I basically always played a year up. I was fortunate to get the opportunity to always play with older players,” he says. “Also, being a part of a small town, there’s obviously not too many players, so I was super fortunate to be able to play up a little bit.”

At the age of 16, Aagaard signed a two-year professional contract with his hometown team, The Frederkishavn White Hawks of the Danish Elite League.

As he developed in the system of the White Hawks, it became clear to Aagaard that in order to take his game to the next level, he would have to come to North America to compete.

In 2014, Aagaard signed with the Niagara IceDogs in the Ontario Hockey League (OHL) on a junior contract. He would go on to play two seasons in the OHL for both the IceDogs and the Sudbury Wolves. 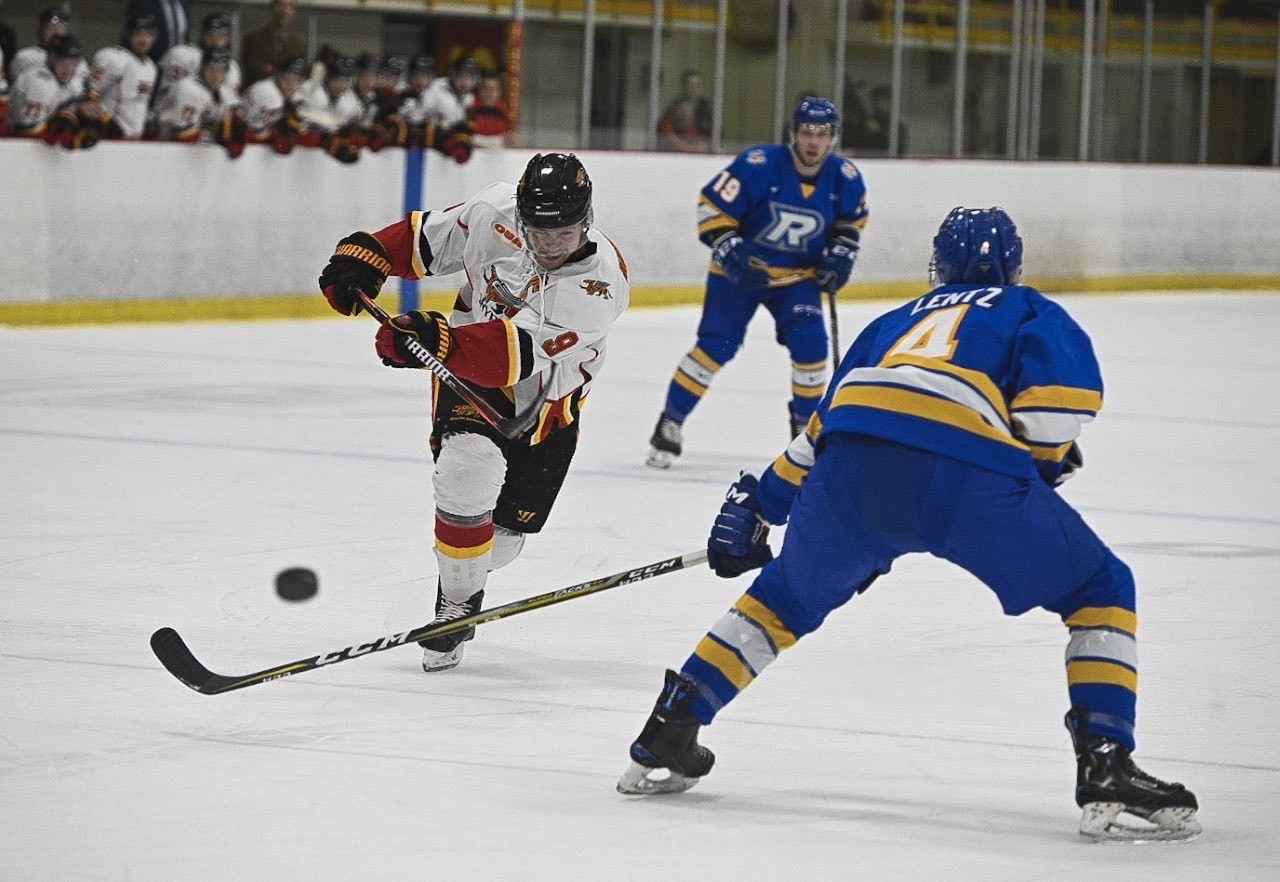 After his junior career, Aagaard signed with the Calgary Flames organization, playing for Adirondack Thunder of the ECHL and their American Hockey League (AHL) affiliate, the Stockton Heat.

Coming from the OHL, there was an adjustment period both on and off the ice. From having to do his own laundry, to playing a league of developed, grown men— Aagaard had to adjust.

“Nothing is handed to you, you’re on your own for everything. To me that was an adjustment,” he says. “Also, only being 20 and playing pro was different. A lot of the guys I was playing with were much older than me. Being the young guy instead of coming from the OHL, I was the go-to guy. Getting a different role on a different team...getting used to that was the biggest change for me.”

Aagaard is now the captain of the Guelph Gryphons, and once again the go-to player. Last season, he led the OUA in scoring during the playoffs with eight goals and 16 points in nine games.

Aagaard was immediately infatuated with the sprawling green campus at Guelph. Part of his decision to ultimately enroll there was the picturesque campus, but more important was the coach of the hockey program, Shawn Camp.

“I can’t speak highly enough about Shawn. He’s a great coach and an even better person,” says Aagaard of Camp, who is in his 13th season as Guelph’s bench boss, and served as U SPORTS All-Star head coach in 2015. “He’s helping all the guys out so much. Whether it’s school, hockey or anything else in life.”

Camp believes Aagaard is a perfect choice to help lead the All-Star team to success.

“He’s a wonderful candidate for the team because he’s such a complete player,” says Camp. “He’s a 200-foot player, in the sense that he plays really well on both sides of the puck.” 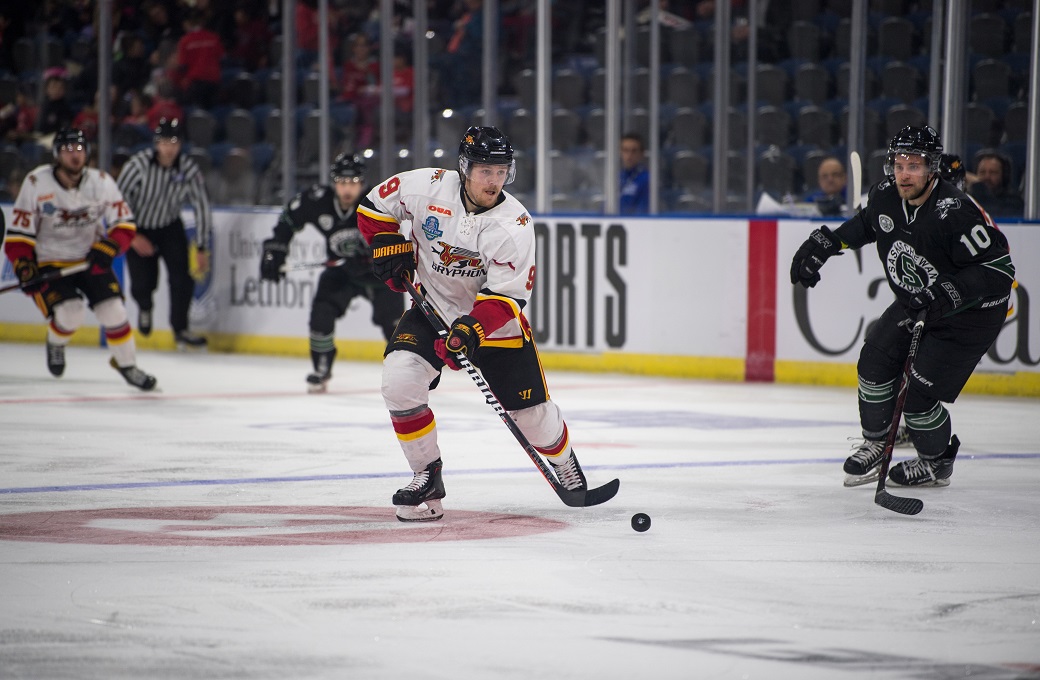 As a kid, Aagaard tried to emulate his brother Mads. As he matured, the centreman has modeled his game after Toronto Maple Leafs captain John Tavares, especially in terms of his balanced game on both sides of the ice.

I try to take part in being a leader and leading by example,” says Aagaard. “But also really taking care of playing a 200-foot game, playing defensively as your first priority and knowing all the offense will come afterwards.”

Aagaard who has racked up 24 points in 16 games for the Gryphons this season, will look to bring his 200-foot game to the rink, as he competes against the Canadian Juniors for a second time.

The captain of the Gryphons is hoping for a different outcome against the Canadians, who topped Denmark by a score of 8-0 nearly five years ago. This time around, he appreciates being part of a different side of the process – one that will help Canada select its final roster, while also showcasing the talent across the U SPORTS level.

“I just want to take in the moment and enjoy every second there,” he says. “It’s a special thing being a part of an all-star team and obviously it would be fun to (beat) Team Canada.”

The U SPORTS Men’s Hockey All-Star Series kicks off at the Sixteen Mile Sports Complex in Oakville on Wednesday at 5 p.m. ET / 2 p.m. PT. Livestreaming is available on USPORTS.LIVE.