With the passing of head coach Ric “Sluggo” Suggitt this past summer, the University of Lethbridge women’s rugby team will play the 2017 season for “the big guy in the sky.”

“He was just so invested in you as a person off the field,” says fifth-year fly-half and nursing student Sarah Gordon. “He helped me fall back in the love with the game again.”

It’s no secret that the loss of Suggitt has hit the local community in Lethbridge, Alta., and the international rugby community extremely hard. Having joined the Pronghorns’ program in 2015, he had a way of making the game something special, something that Gordon could love again.

He was just so invested in you as a person off the field.

“Rugby has always been a part of my life,” Gordon says, thinking back on her career. “When I was younger, I was so invested in the sport and the culture and when I put so much personal value and self-worth into it as a player. I didn’t know how to find that again when I wasn’t playing.”

While a broken arm is keeping her on the sidelines, Gordon is among the few veteran players looking to make magic happen this year, as the Pronghorns prepare to host the 2017 U SPORTS Women’s Rugby Championship. Seeking their fourth Monilex Trophy, the 20th edition of the tournament will be a major component of the University’s 50th anniversary celebrations. 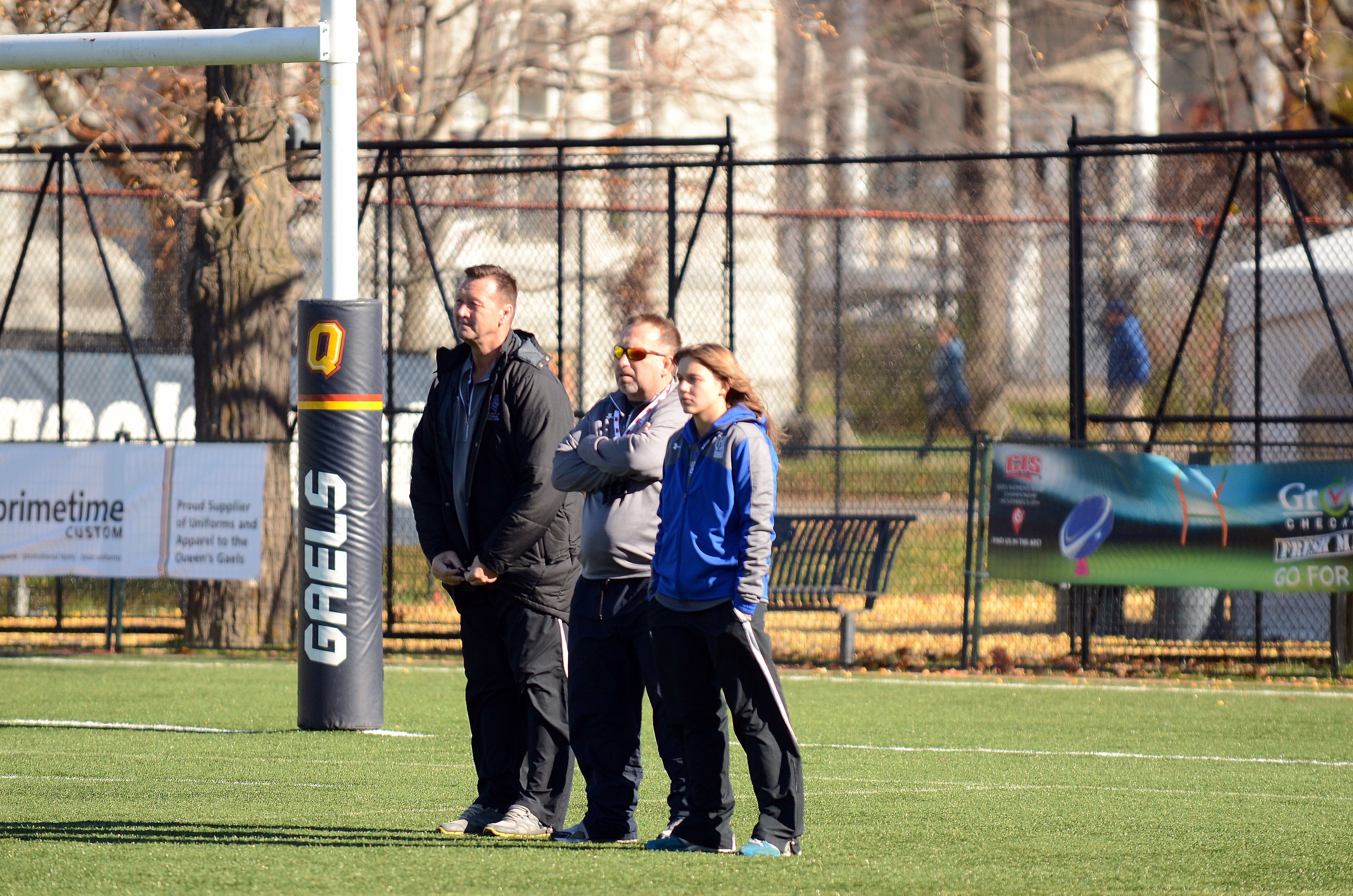 Former Pronghorn and Rio Olympian Ashley Steacy will look to carry on Suggitt’s legacy, returning to the program where she was a star player as an associate head coach. With first-hand experience in the Horns’ program and her national level résumé, Steacy has much to offer to the team in a difficult year.

It’s funny because this is comfortable for me. I started off here and I fell in love with the girls and the staff. I just want to recreate the experience I had.

Steacy, who had the pleasure of working with Suggitt, admired his commitment and impact on Canadian rugby and the Pronghorns.

“He was a trailblazer to get the national program going for the women. Obviously, he made a huge impact in the U.S. with their Sevens team as well,” adds Steacy. “(And) he was able to get the girls to buy into being an elite team when he came in 2015 to U of L. That was something that had been missing for a while.” 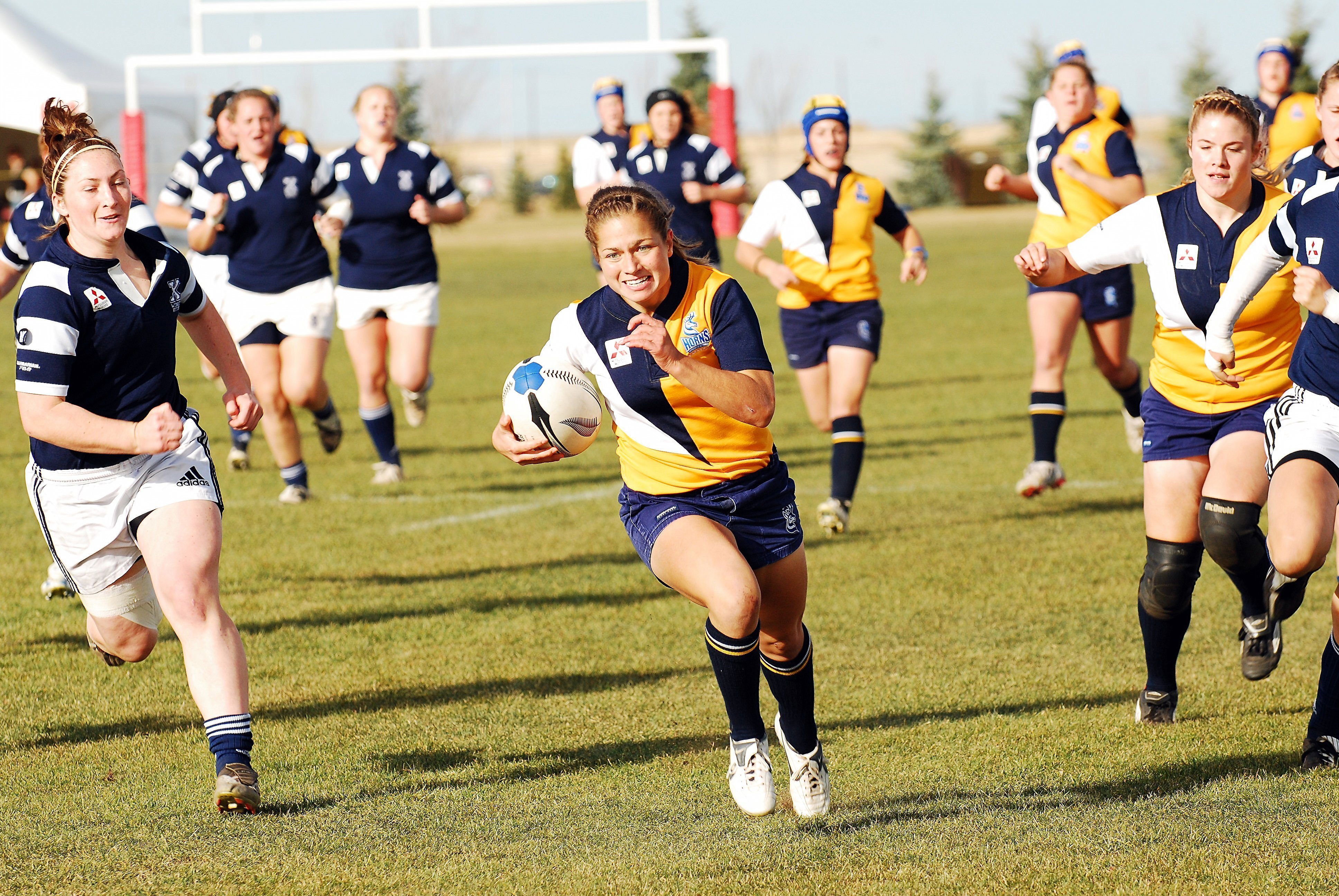 Alongside Steacy, former Pronghorns coach Neil Langevin, who was behind the bench for the team’s first 12 seasons beginning in 2000, will work to continue the work Suggitt has left behind.

“I’ve known Ric for 26 years,” says Langevin, who captured three straight U SPORTS titles from 2007 to 2009. “His passion for the game was contagious. You know, other than when he was with his family, he was the happiest when he was on the rugby field.”

Both Suggitt and Langevin have their fair share of international coaching experience with the Canadian program. Having each had the opportunity to coach at a World Cup, Langevin reflects on the differences between the U SPORTS and national level.

“Obviously the caliber of the national team is higher, but there’s a huge advantage with university players,” he says. “You’re able to see the athletes and help them develop every day.”

It’s no surprise that many of the women volunteer their time to coach back at their old high schools when team culture is a main priority for the Pronghorns. Gordon describes the experience as an opportunity to connect and grow the sport.

“We’re really growing female rugby in this area,” she says. “There’s not a single high school program in town that doesn’t have a player from U of L helping to coach there.”

The rugby program remains the school’s most successful sports team. Between the community’s respect and the involvement of the players at the high-school level, there’s plenty of development in Lethbridge rugby happening. Coming off a strong 33-14 win earlier this month in a pre-season match again Central Washington University (CWU), Gordon is excited to play with her new teammates and felt strongly about the effort displayed during the match despite not having Suggitt guiding them.

I’m just so proud of all the girls who got on the field that day. Everybody was having fun out there, the effort was tremendous and you could just feel the energy. CWU had beat us three years in a row and their team hasn’t changed over too much compared to ours, which has a bunch of younger players coming in this year. It was just a wonderful, fun display of rugby.

With a pre-season win under their belts, the ‘Horns will be looking to start the season on the right foot with their home opener Thursday night against their Canada West rival, the Calgary Dinos – the first step in their long journey to hosting the national championship.

“For myself, this being my last season, every game is so important,” says Gordon. “For those of us who have lived the history (playing against Calgary), we don’t want to impose the pressure on the younger ones.”

We just need to do our best every game. The ultimate goal is to win nationals at home.

With two coaches who have various years of international experience and players who have lived through the Pronghorns history for the past few years, the program brings a lot to the table this season.

Even with a strong opening to their season, the loss of Suggitt will remain a true test of character for this team. A man that always had a smile on his face, Suggitt brought so much more to the game than just skills, something Steacy hopes to emulate.

Ric wanted everyone to shine. Something he always said that helped build such a dominant team culture was to “Make your teammates look good.” That was the essence of him.