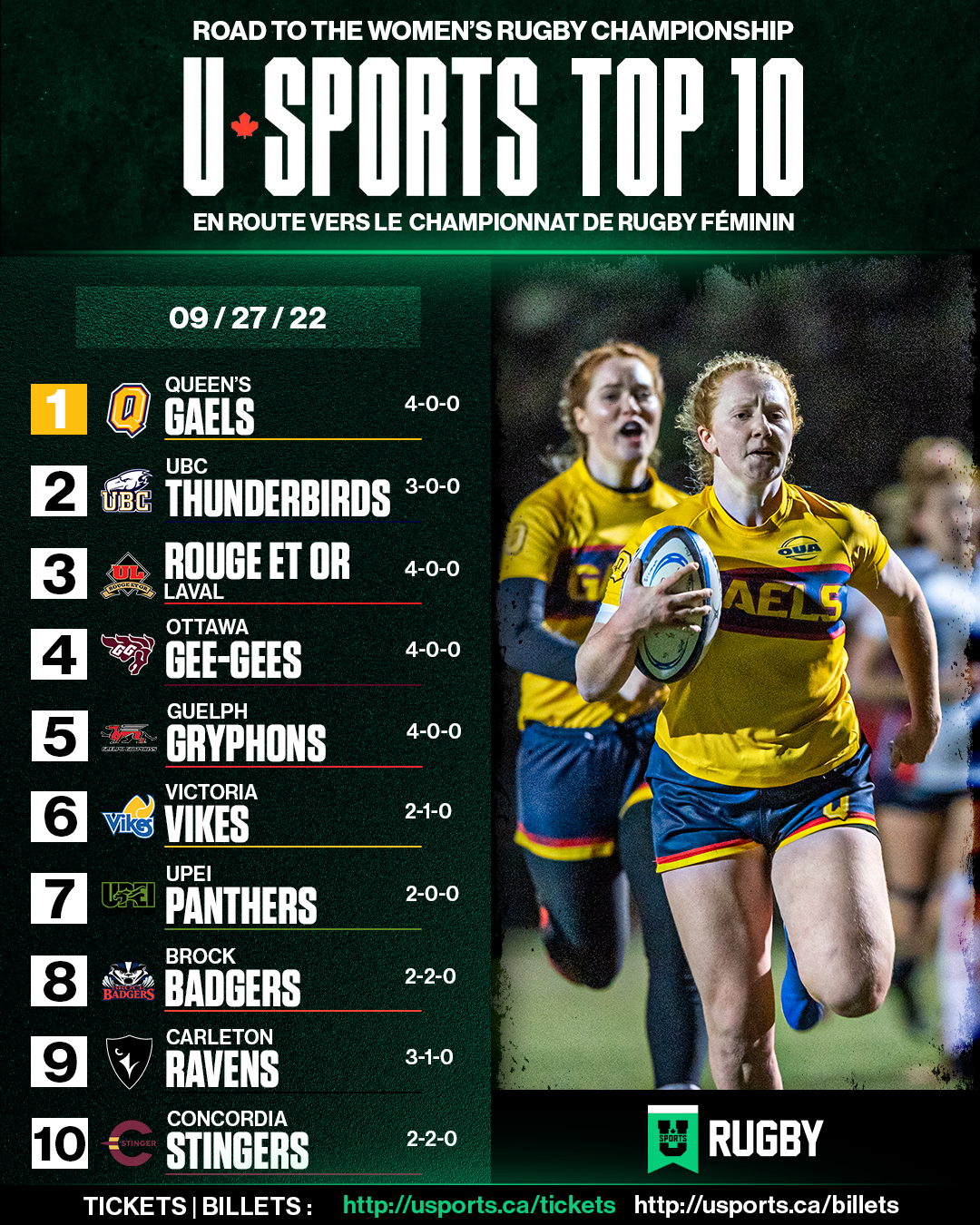 The top seven teams held serve over the weekend, with six teams remaining undefeated as the No. 1 Queen’s Gaels (4-0) defeated McMaster 96-3 in Hamilton, Ont., while No. 2 UBC Thunderbirds (3-0) scored 12 tries to topple Lethbridge.

No 3. Laval Rouge et Or handed No. 9 Carleton Ravens their first loss of the season, No. 4 Ottawa Gee-Gees cruised to a 104-3 victory over Bishop’s and No. 5 Guelph Gryphons, the defending OUA champions, defeated Toronto 63-0 at Varsity Stadium. No. 6 Victoria Vikes dominated Lethbridge for a second-straight win, while the No. 7 UPEI Panthers game against Saint Mary’s was postponed due to inclement weather.

Joining the nation’s Top 10 this week are the No. 8 Brock Badgers (2-2-0) after delivering a dominant performance over York at Alumni Field on Saturday and No. 10 Concordia Stingers (2-2-0) after defeating McGill 55-3 at the 18th annual Kelly-Anne Drummond Cup on Sunday.