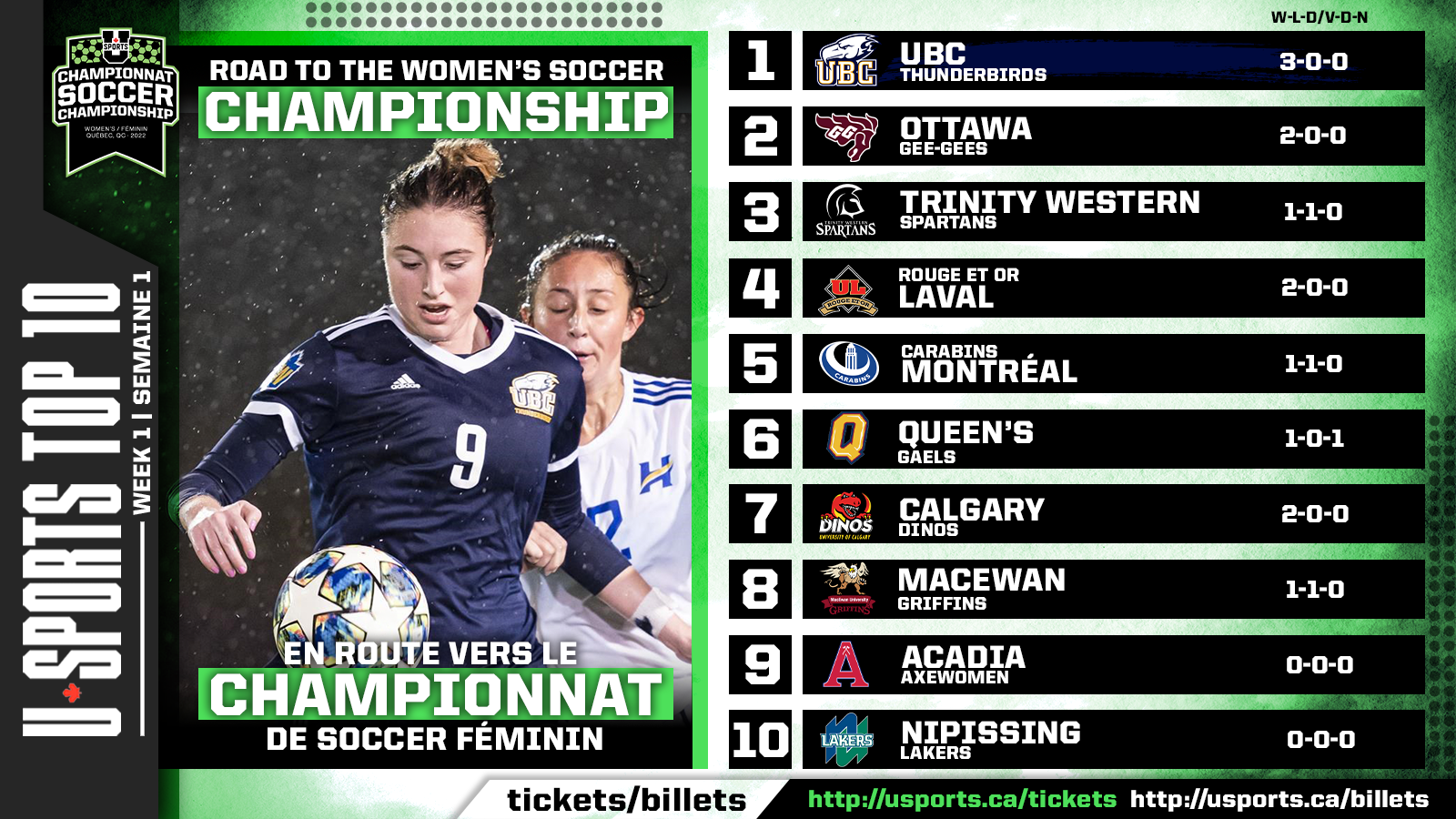 The UBC Thunderbirds (3-0) are soaring ahead of 52 other institutions, while the defending U SPORTS champion MacEwan Griffins (1-1-0) are eighth in the opening Top 10 rankings for the 2022 women’s soccer season.

The no. 1 Thunderbirds have outscored their opponents 14-0 in their first three contests, including a 2-0 road win over the no. 3 Trinity Western Spartans on August 27th. Last week, they blanked the Victoria Vikes 4-0 in front of 3412 fans at Thunderbird Stadium due primarily to Katalin Tolnai’s second-half hattrick.

The no. 2 Ottawa Gee-Gees (2-0-0) opened the season in Toronto with road wins over the Varsity Blues and TMU Bold by scores of 4-1 and 5-1. Forward Cassandra Provost is quickly becoming a top sniper in U SPORTS, scoring three goals on three shots this season.

The RSEQ is well represented in the Top 5 this week as the 2022 U SPORTS championship host Laval Rouge et Or (2-0-0) check in at no. 4, while their provincial rivals, the Montreal Carabins (1-1-0), are fifth. Laval defeated Montréal last Friday on Emma-Ève Lecompte’s tally in the 81st minute.

This week’s top 10 on the Road to the 2022 U SPORTS women’s soccer championship in Quebec City features the defending champions, the MacEwan Griffins (1-1), at the no. 8 position. MacEwan split their season-opening series with the Alberta Pandas, winning the home opener 3-1 on Friday before falling 5-2 Sunday at Foote Field. MacEwan heads to the west coast this weekend for a pair of contests, including a showdown on Saturday against the no. 1 ranked Thunderbirds.