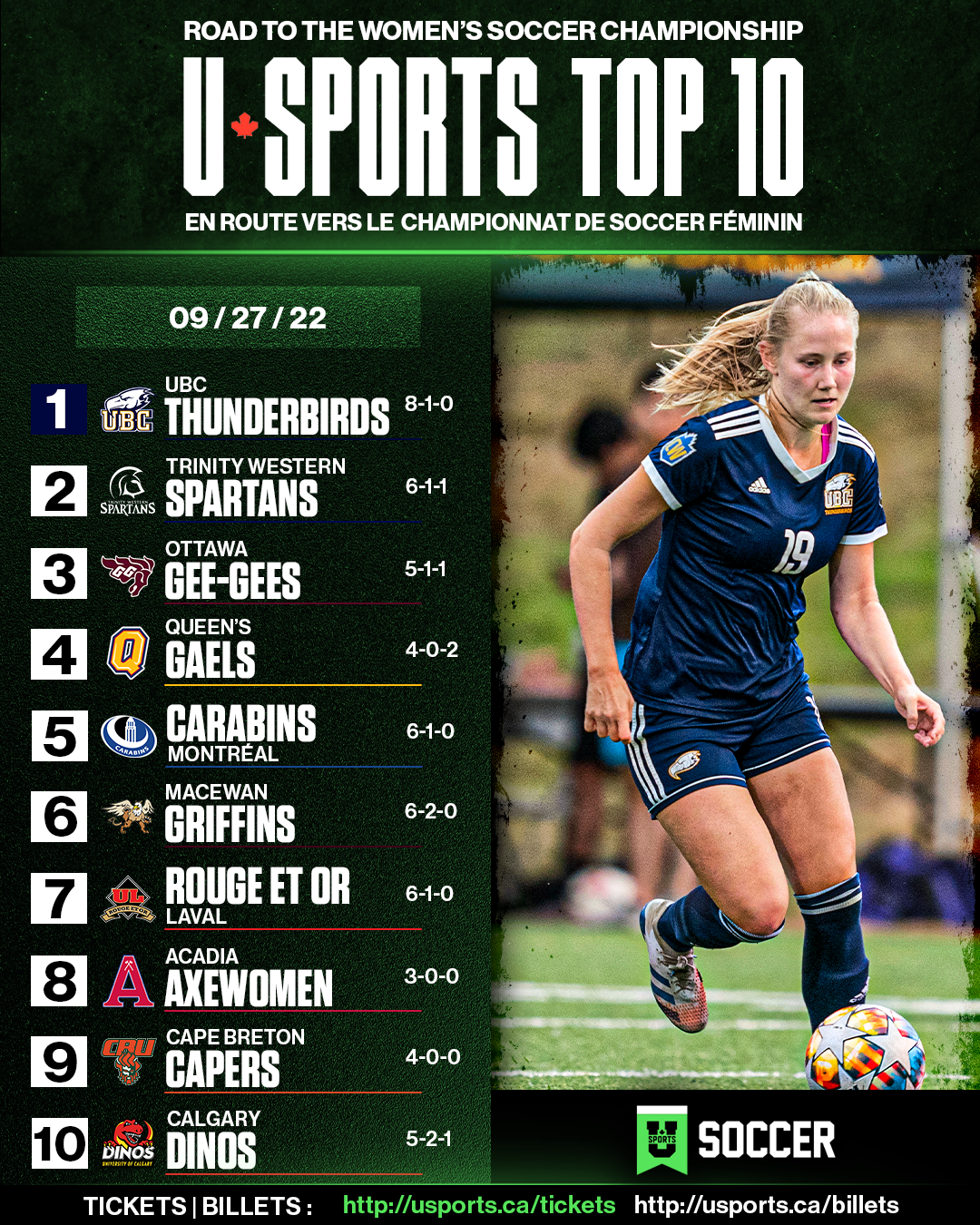 No. 1 UBC Thunderbirds and No. 2 Trinity Western Spartans remain the top teams to beat despite the Thunderbirds registering their first loss to newly ranked No. 10 Calgary Dinos (3-2) in this week’s U SPORTS rankings.

This week, the biggest movers in women’s soccer are the No. 3 Ottawa Gee-Gees and No. 4 Queen’s Gaels advancing two and four positions, respectively, and displacing No. 5 Montreal Carabins (6-1-0) and No. 7 Laval Rouge et Or (6-1-0) from their previous ranks.