OTTAWA - The Montreal Carabins captured their second-ever national title Sunday at the U SPORTS Men’s Soccer Championship in a shootout win over the Carleton Ravens in Ottawa, Ontario after being tied 2-2 through extra time.

In what can be described as one of the greatest final tournament games in the history of U SPORTS men’s soccer, the Montreal Carabins battled through a late-game deficit and an extra-time collapse to prevail on penalties, 5-4, to claim the Sam Davidson Memorial Trophy.

Montreal entered the gold medal match aiming for their second U SPORTS title in three seasons, while the hometown Ravens were vying for their first men’s soccer national title in program history following two previous appearances in 1984 and 2002.

Despite being buoyed by a boisterous pro-Carleton crowd holding flags and flares, the Ravens found themselves under pressure early as Montreal aimed to silence the local supporters.

Ravens keeper Kyle Potter was called on early to make a brilliant one-handed stop off a glancing header from Carabin Guy-Frank Essomé Penda, whose effort looked destined for the back of the net. 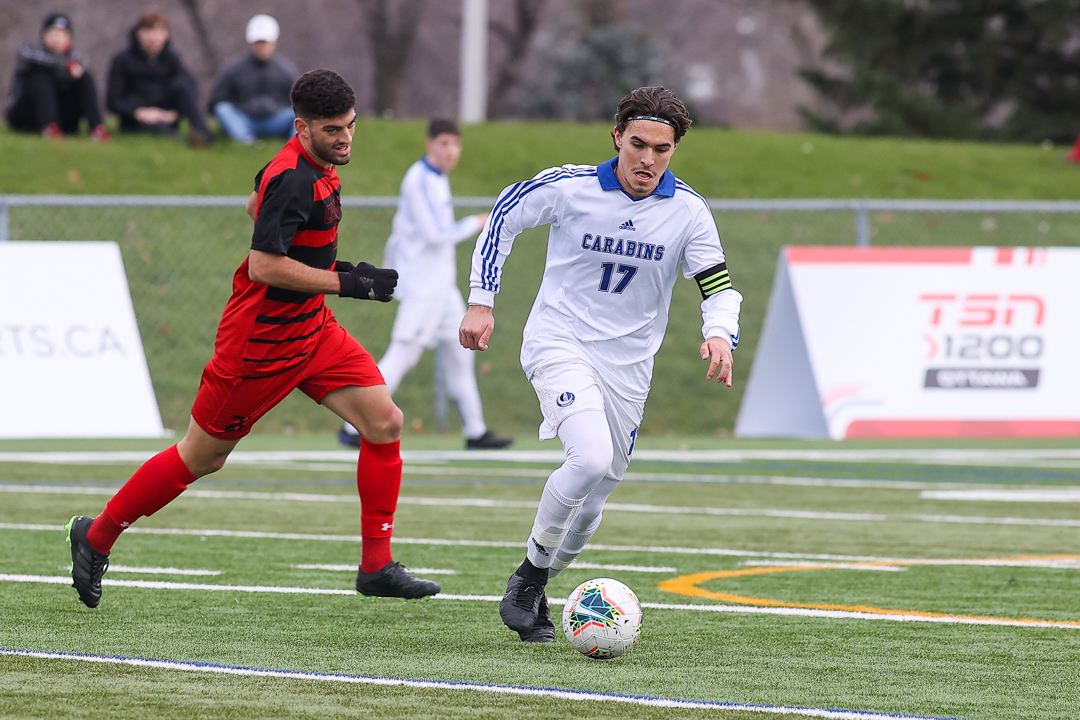 Following the near miss, Carleton began poaching deep in Carabins territory and in the 19th minute they were rewarded when Dario Conte sent a long ball over the top to Luca Piccioli, whose low cross found a streaking Matteo de Brienne at the back post for a sliding tap-in to make it 1-0 to the hosts.

Looking to provide an instant response, the Carabins received a free kick opportunity from the top of the box where set piece specialist Quentin Paumier hit a curling effort on goal which Potter read well to knock over the crossbar.

In first-half stoppage time, an almighty head-to-head collision between de Brienne and Montreal’s Mohamadou Sylla delayed the halftime whistle, but both players would be fine as the game entered the break with the Ravens leading 1-0. 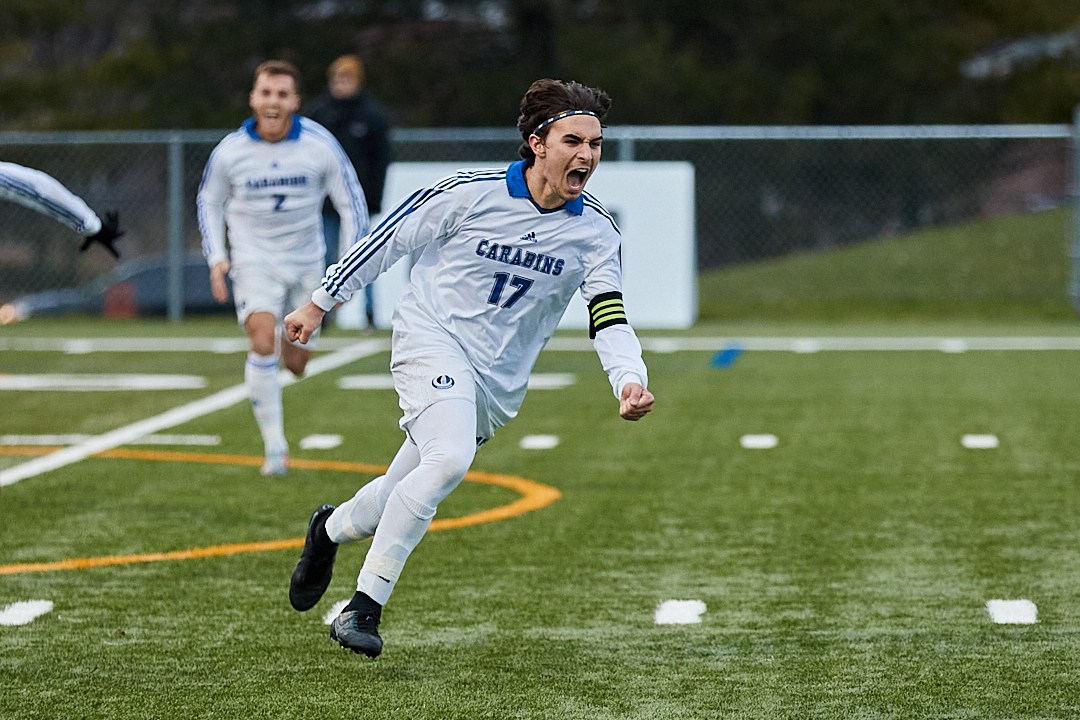 Montreal began cranking up the heat in the Ravens’ third with fifteen minutes to go in regulation. Quentin Paumier forced Kyle Potter to make another good stop off a free kick, while Thierry Côté’s strike caused momentary panic as the Carleton players watched the ball fly past the corner before heading out of bounds.

With the final whistle looming, Montreal delivered late-game theatrics in extraordinary fashion as Quentin Paumier’s free kick from the top of the box bent high and left over the leaping Carleton wall as well as the outstretched arms of Kyle Potter to tie the game at 1-1 in added time as the national title game would move to extra time.

The Carabins would inch closer to the trophy in the 114th minute when Luca Ricci sent a high cross into the box from 30 yards out which made its way to Julien Bruce. The second-year forward from Paris, France controlled the ball and then fired a clutch strike that went through a Ravens defender and Kyle Potter for the late go-ahead goal that stunned the home faithful.

Carleton threw everyone forward in search of a goal to keep their championship dream alive. With one final chance to extend the season, forward Daniel Assaf darted unmarked into the six-yard box to toe-poke a loose ball into the back of the net to send the crowd into an explosive celebration on the last kick of the extra-time session.

The national championship would be decided in penalties.

With the Ravens up 2-1 in the shoutout, Montreal’s Adam Benmoussa saw his shot stopped by Potter, but momentum carried it over the line to level it. After two successful kicks, Carleton’s Ricky Comba, who scored the semifinal winner against Cape Breton, missed his attempt wide left. Montreal converted on their fourth, and Tareq Hamad scored Carleton’s fifth penalty as the shootout came down to one final shot. Up stepped U SPORTS Player of the Year Frank Essomé Penda, who confidently struck the ball bar down for the winner as the Carabins players and fans sprinted towards their tournament hero to celebrate the victory. 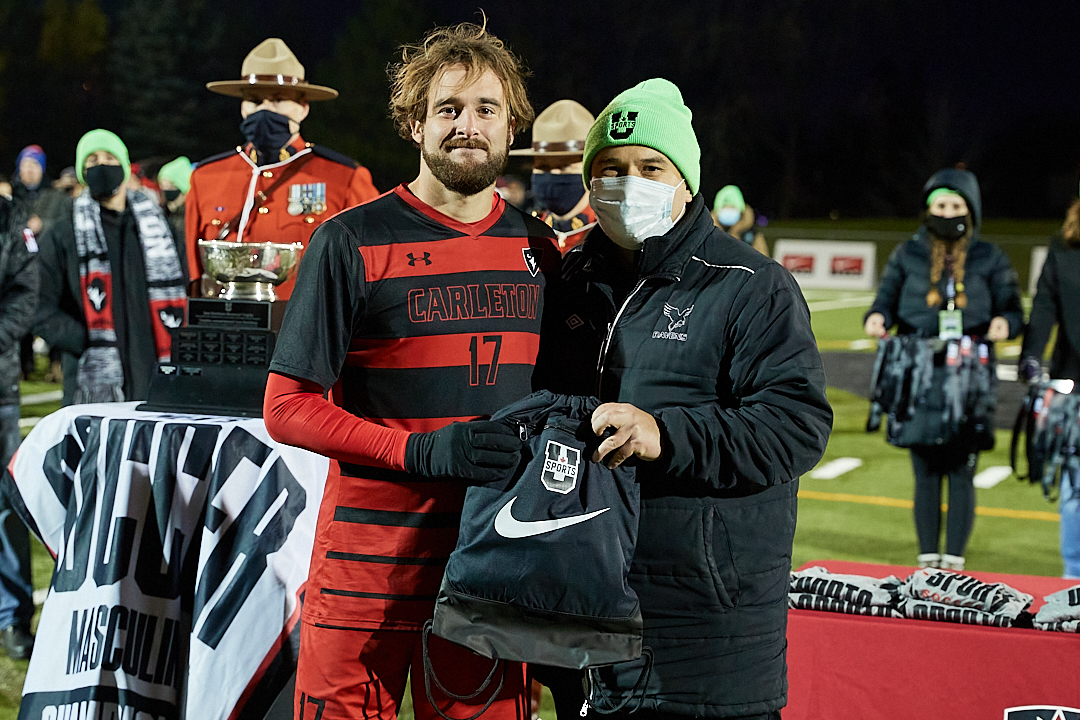 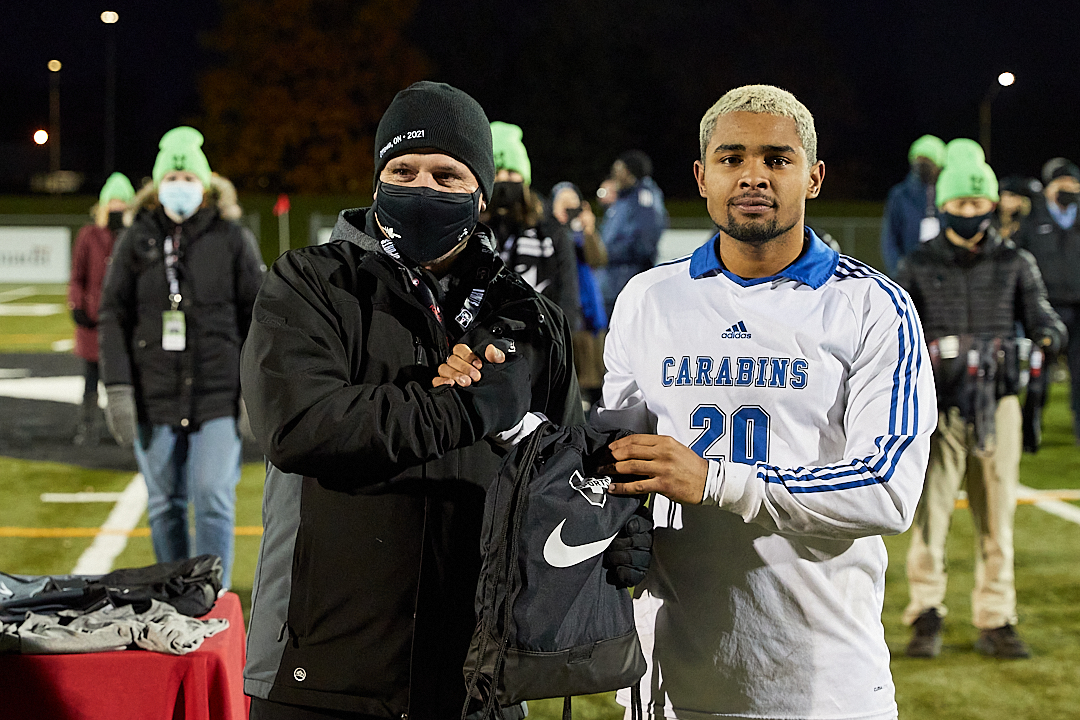 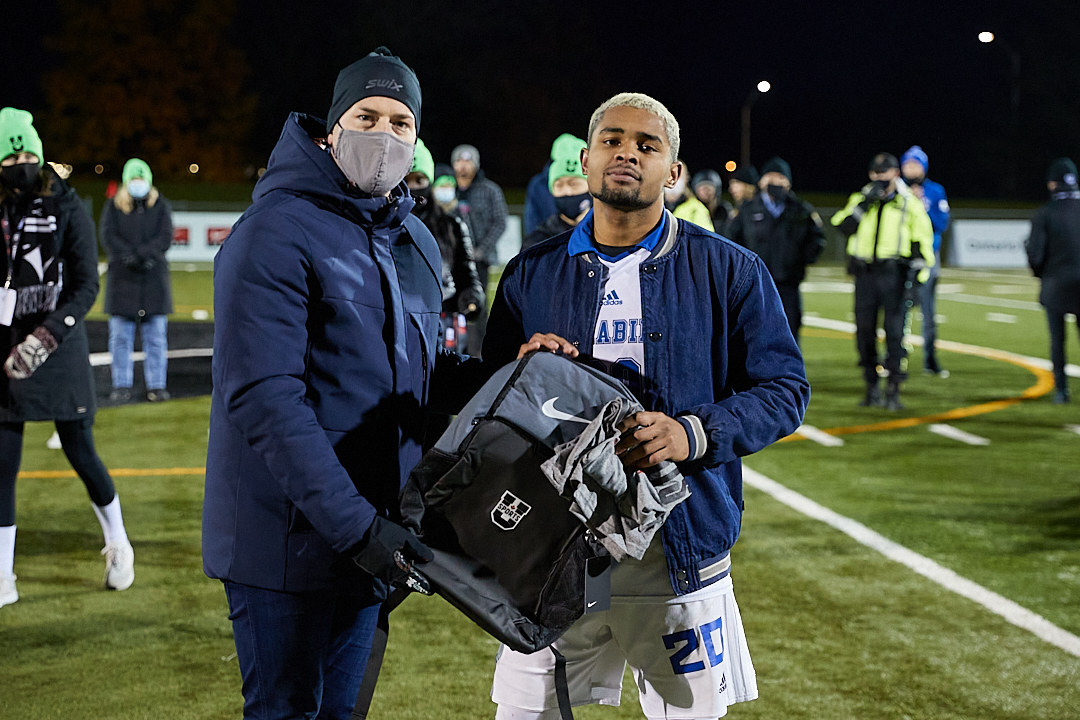