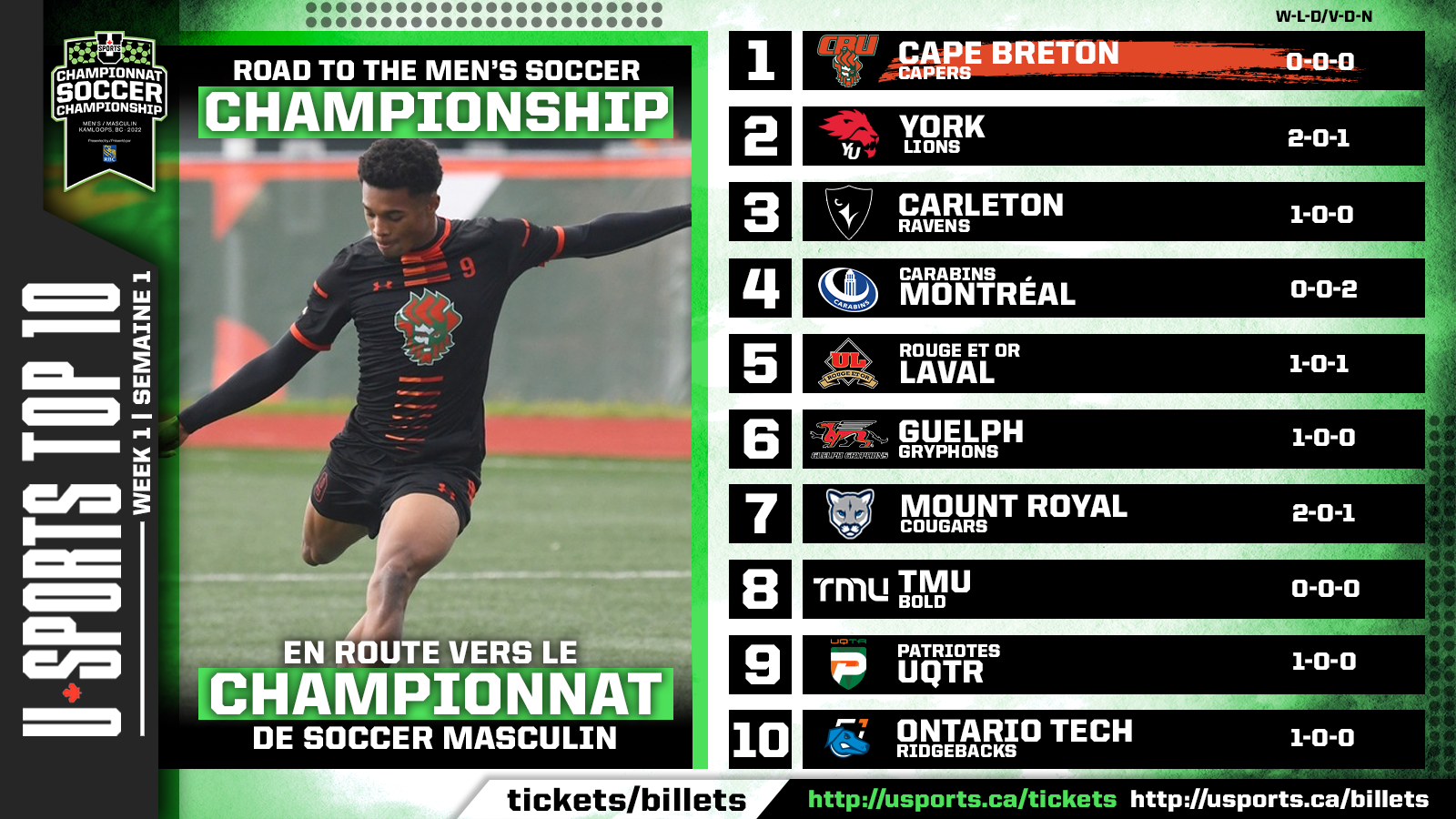 The Cape Breton Capers begin the 2022 U SPORTS regular season in the same place where they finished the 2021 campaign, at number 1 in the U SPORTS men’s soccer Top 10 rankings.

The defending U SPORTS bronze medalists went 2-1 at last year’s championship to help propel the squad to the top position in the opening rankings of the season. CBU begin their pursuit of the 2022 U SPORTS men’s soccer championship presented by RBC championship with a pair of Atlantic University Sport (AUS) contests this weekend as they host the UPEI Panthers on Saturday and the Saint Mary's University Huskies on Sunday.

The defending national champion Carabins de Montréal (0-0-2) are ranked fourth this week after tying a pair of contests to begin the RSEQ conference season last week. Their season continues on Sunday when they host the McGill Redbirds.

Last season’s silver medalists, the Carleton Ravens (1-0-0), are perched at third in this week's standings after a 3-1 season-opening victory at Queen's. They face the RMC Paladins (0-1-0) in Kingston on Friday before returning to the friendly confines of TAAG Park Saturday for their home opener against the Toronto Varsity Blues (1-0-0)

Rounding out the Top 10 this week are the Ontario Tech Ridgebacks (1-0), who make the rankings for the first time in school history after a 2-0 win over the Queen’s Gaels (0-1-0) in their season opener last Saturday.